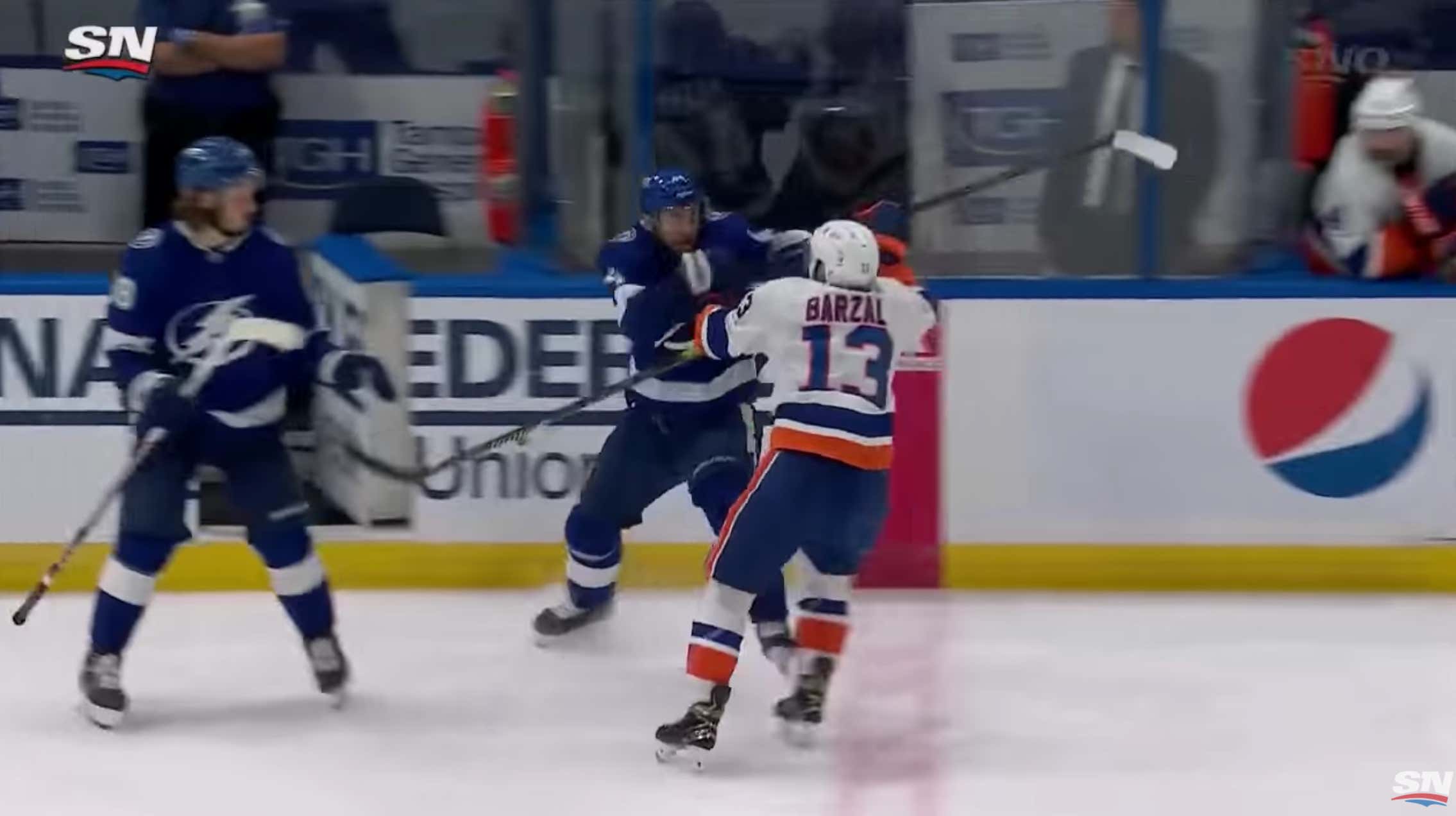 Mat Barzal clearly laced up a pair of skates for the first time and dreamed about becoming the next Todd Bertuzzi. Because at the end of the 2nd period last night while the Islanders were getting their shit pumped by the Tampa Bay Lightning 6-0 after only 40 minutes of play, Barzal chased Jan Rutta up the ice and proceeding to deliver a nasty cheapshot right to his skull like a total psychopath. You want to talk about a horrifying act of violence?

If that was Nazem Kadri, he's getting suspended for the next 3 postseasons. If that was Tom Wilson, he's getting sent to the Gulag. It'll be very interesting to see what the NHL does with this one considering Mat Barzal is a superstar. But what a fucking dumbass that did nothing to send a message to the Lightning other than the fact that it was officially time to keep applying pressure to the throat of the Islanders.

Did it spark the Islanders to at least show a little sign of life and mount a mini comeback? For sure not. Did it make the Lightning have to think twice about continuing to fucking throttle the Isles to death on the scoreboard? For sure not. It was just a frustrated little man baby doing whatever he could to get himself out of that game as quickly as possible. Sure hate to see it. Frankie's cousin couldn't believe it.

Anyway, game 6 is about to be a total gongshow. Almost makes you want to just tell the refs to stay at home and let the boys play this one the old fashioned way.

Big time "keep your head on a swivel" game coming up tomorrow night.