Author's Note: I know this is sort've a reblog but thought it'd be worth it to hear from someone who was at the show

Last night, the Foo Fighters reopened (and then tore down) Madison Square Garden with the first full capacity concert since COVID hit, and in classic Dave Grohl fashion - he had a few surprises planned for the crowd.

Some deep cuts were added to the setlist ('Arlandria', 'Aurora'), they broke out a never-before-heard cover of the Bee Gees' 'You Should Be Dancing', another brand new one in 'Somebody to Love' by Queen (with Taylor on vocals/Dave on drums), and the biggest of those surprises - which you've probably already heard about - was Dave Chappelle coming out to sing ‘Creep’ by Radiohead.

Let me say that again just in case you thought you mighta misread that; Dave Grohl brought Dave Chappelle on stage to sing ‘Creep’ with the Foo Fighters at Madison Square Garden last night.

When the first few notes of the song registered in my brain I thought I was having a stroke or an aneurysm or something, because I just could not process what was happening….

It was like the rock n' roll version of a surprise Royal Rumble entrant that we never could've predicted in a hundred million years….and if you were wondering, yes - Dave Chappelle sings exactly like you'd expect him to.

Each and every, “What I am doing here?/I don't belong here!” in the song hit even harder than the last, as nobody - including Chappelle himself - seemed to know why he was there, but it honestly looked like he was having a great time up there, especially as the chorus crashed in and the crowd took over.

Obviously every fan in the arena ate it up as well, because it was just such a MOMENT….

I can't wait to hear the story behind how this came to be, and I don't even care which Dave I hear it from! I wouldn't be surprised if their connection sprung from the episode of Saturday Night Live they did together last year, though…. 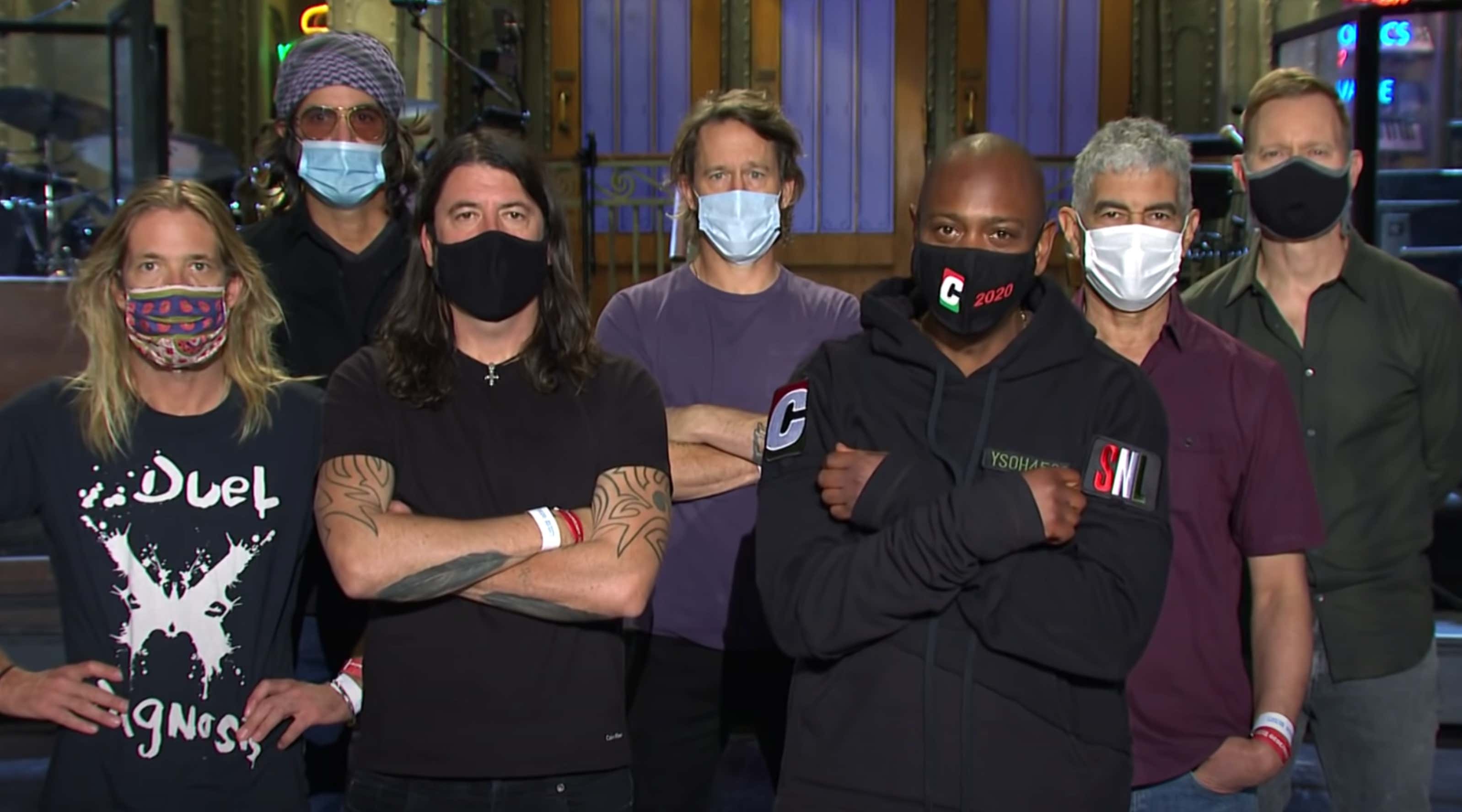 Just being back at an arena rock show like this was a dream come true for me. Everyone was so friendly, so happy to be there, and we all sang our hearts out for nearly three straight hours….

….making it the best Foo Fighters show I've ever been to (this being my third) without a doubt.

At one point, someone walked up to me - didn't say a word, just pointed to a faded Rebel Alliance tattoo on his left arm - and kept it movin. I enjoyed that interaction very much; but I digress.

Bring on Foo Fighters karaoke with special guests in every city. Keep the surprises coming. I love it.

P.S. Part of me wonders if Chappelle chose 'Creep' as a subtle nod/tribute to Patrice….

….but at the same time, he may just fuckin love that song, because he's done it before!

P.P.S. Here's some more videos from the incredible show that it was….. 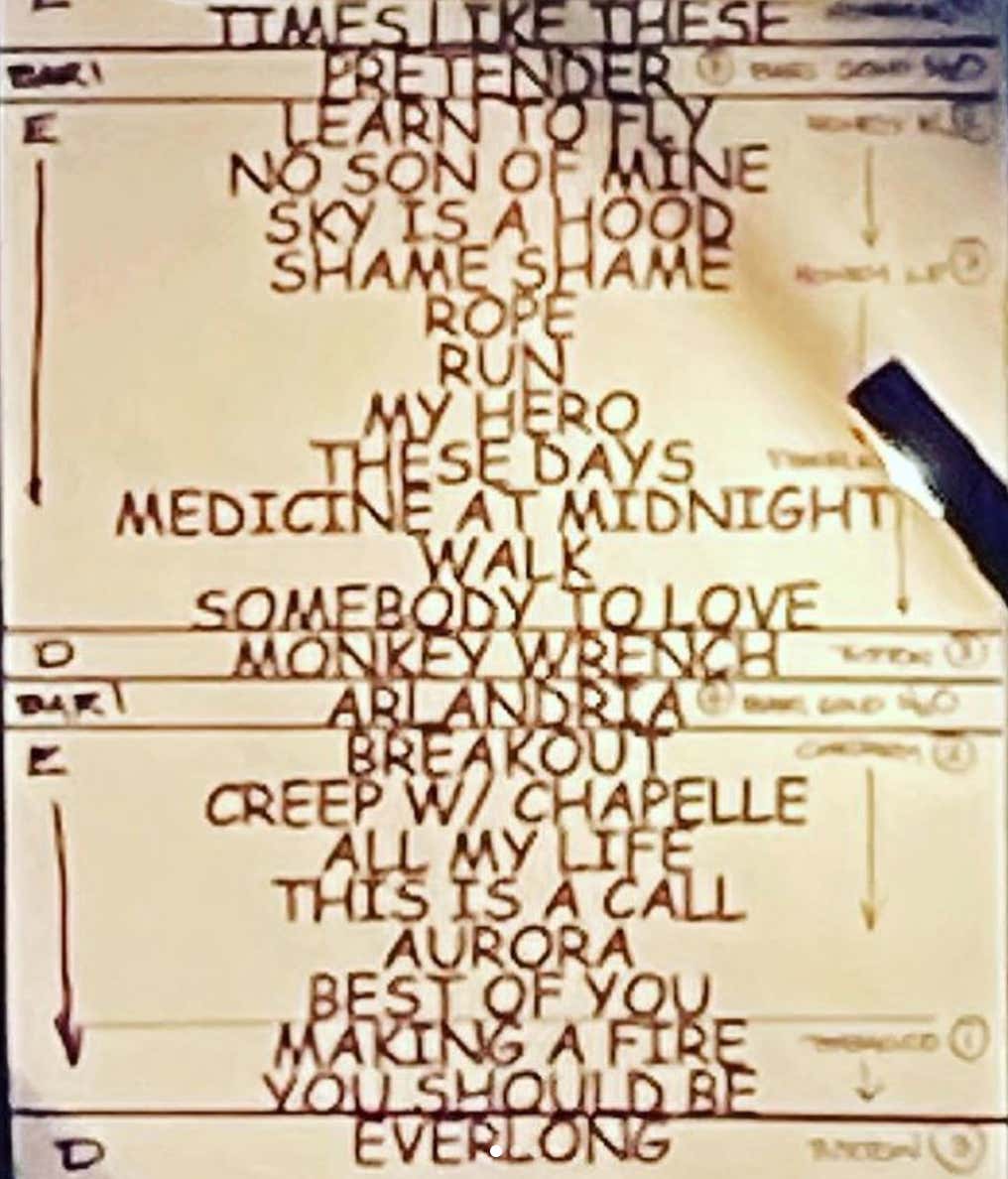 Outta the new tunes, I thought 'Making A Fire' and 'No Son of Mine' came off the best live, but 'Shame Shame' had a super cool rock n' roll breakdown at the end of the song that completely changed the vibe in the best way possible.