Looks like the weekend is already in full swing over in Dublin and this fight has it all...

Bar staff faithfully keeping their masks on even while karate kicking (in front of a store called COWBOYS & ANGELS, no less): 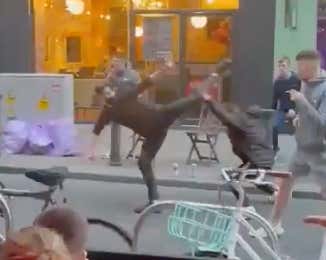 Bystanders dropping 'oh fook!' and gathering 'round with their drinks like they're front row, ringside: 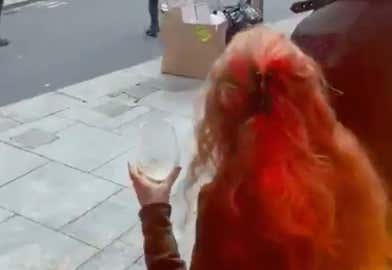 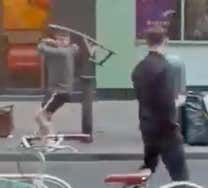 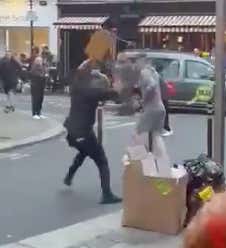 This guy (with perfect haircut) expertly dodging punches while giving what appears to be a rowdy group of little middle school boys the 'Let's fucking go, bring it on' hand motion as he gets surrounded: 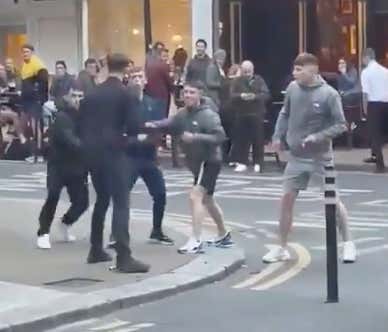 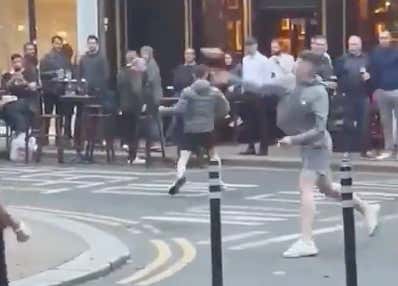 A gent with a mini-mullet casually walking by ripping a cig with no mind to the chaos: 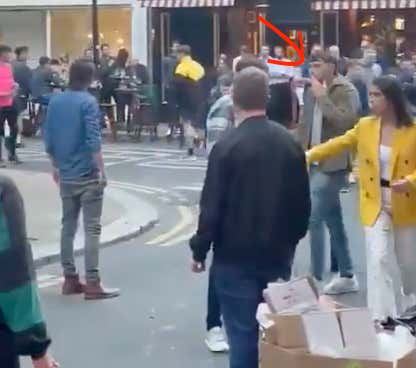 Did anyone else keep waiting for Pacman Jones to run onto the scene? Unfortunately one member of the bar staff did get injured with glass but it looks like it could have been a lot worse all around. Instead it played out more like a USA football game-day bar brawl where there's tons of frantic action but no one really connects.

Whew. Sláinte & happy Friday to all.