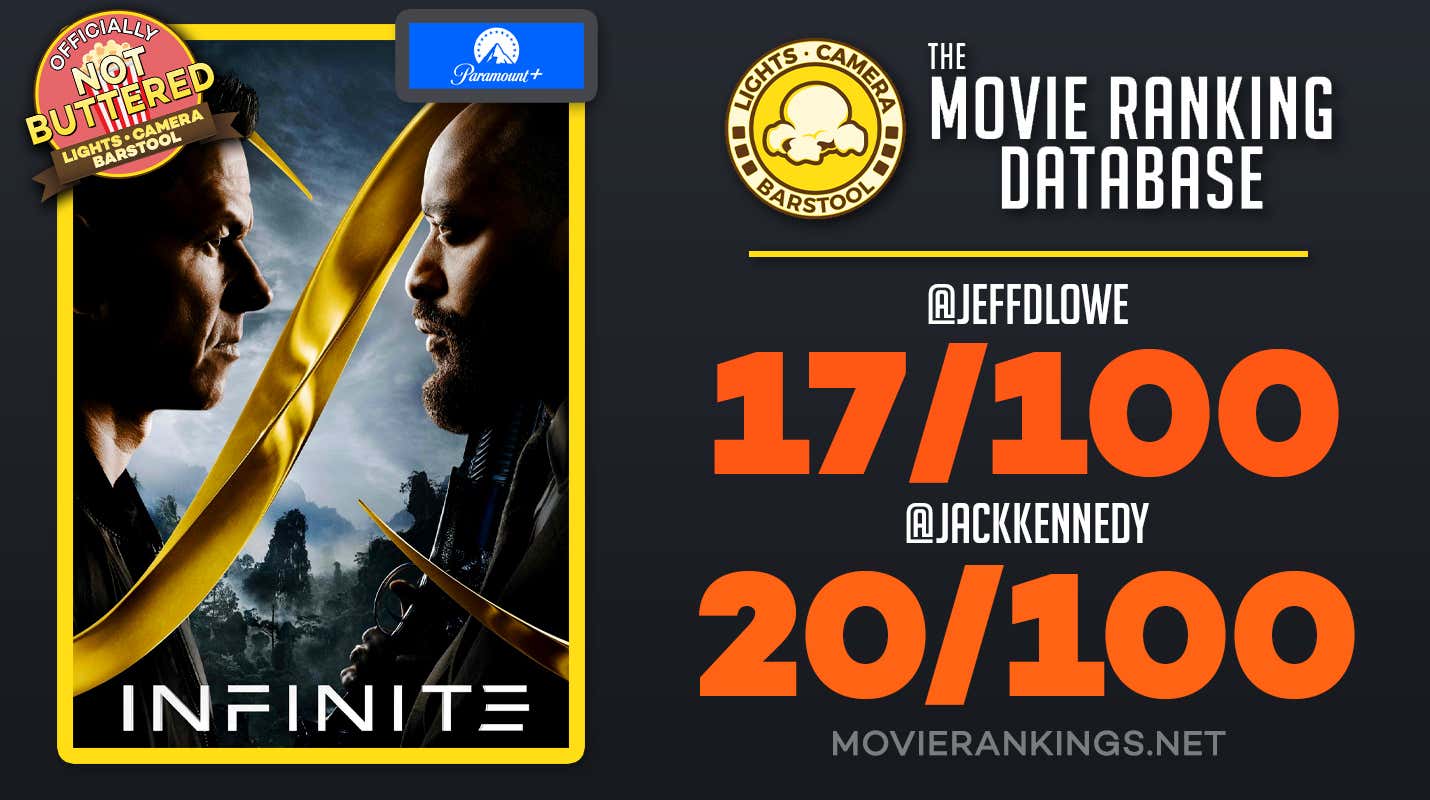 THIS MOVIE IS FUCKING TERRIBLE.

Evan McCauley has skills he never learned and memories of places he has never visited. Self-medicated and on the brink of a mental breakdown, a secret group that call themselves “Infinites” come to his rescue, revealing that his memories are real. (via MovieRankings.net)

A movie originally intended for Chris Evans (I'll get to that in a second), the newest Mark Wahlberg movie 'Infinite', which can be streamed on Paramount+, is fucking abysmal. Said to be a cross between 'The Matrix' and 'Wanted', the cheeseball nature of this movie is wildly off-putting and, at times, downright cringeworthy.

The movie is like an unsalted stale cracker. There is just no life to it whatsoever, which is a huge problem when trying to pass off a story so complex in its ways. At every turn of the movie, there is a new device, weapon, or gadget that further advances the plot. Everything is built in this technical way that just drags the movie down in pure boredom. Movies such as 'The Matrix' and, to a lesser extent, 'Wanted', work despite their complex stories because they're at least fun and engaging.

I also have a theory that all of Chris Evans' dialogue was re-written for Mark Wahlberg. The rest of the script, I believe, was left untouched, but the lines delivered for Mark Wahlberg were tailored specifically for him. Just look at this line of dialogue…

You can't… because he would never.

This movie got dumbed down, but also, at the same time, was propped up as some complex "smart" movie. Unfortuantley, it all came together, and showed off, as a big idiotic mess.

--
The movie is Officially Not Buttered obviously, because it gucking sucks. You can head to Lights Camera Barstool right here to listen to our latest episode where we reviewed the movie in full.