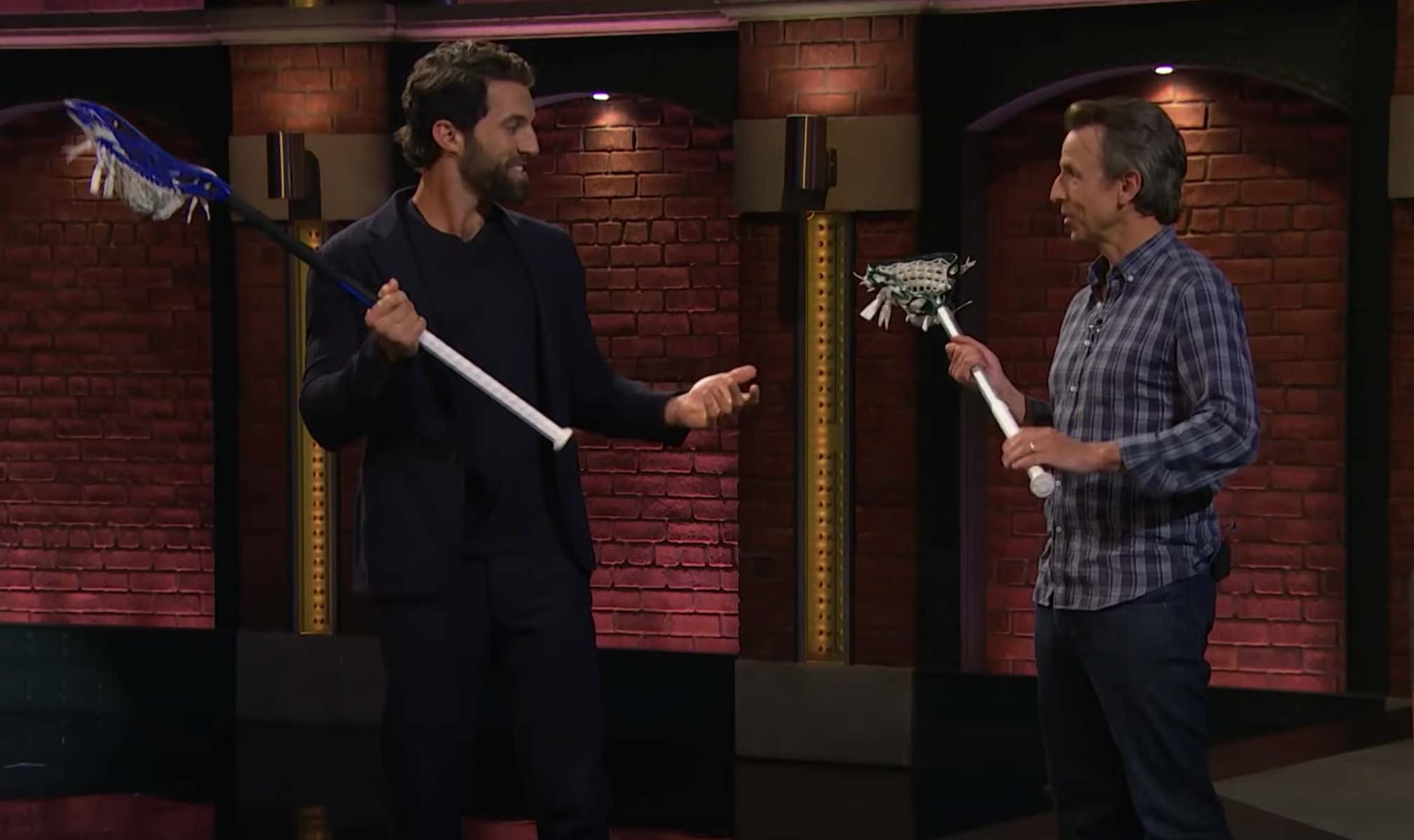 Alright so I'm not exactly sure who watches late night talk shows but there has to be a pretty decent audience, right? Like I highly doubt you're heading out to the bar on the weekends and asking all your boys if they watched Wednesday night's episode of "Late Night", but they've been around since the 50s so clearly there are folks out there watching them.

And for what I'd imagine was the first time ever, a professional lacrosse player was on as a guest. Uhhhhh can you say sport of the gosh darn frickin' future.

Now for the most part, I thought recurring PMT and Crease Dive guest Paul Rabil did a fantastic job on his late night television debut. I thought the best part of the interview is when he explained why the PLL went with a tour-based model to start instead of city specific team locations. Is lacrosse growing? Absolutely. Is lacrosse at a spot yet nationally where you can put teams in cities across America that aren't just in the Northeast and expect them to make any money? Of course not. And I think that's something that a lot of lacrosse fans need to hear. Because your diehard lacrosse fans typically see the world through their own scope of having a bunch of people around them who are also diehard lacrosse fans. So while they're talking about lacrosse all day and every day, they think that's what the rest of the country is doing. Meanwhile, just drive 25 miles away and nobody knows what the hell you're talking about.

So overall, good work out of the bossman. HOWEVA…

There is a movement going on in the world right now. Can you feel it? Can you sense it? That movement is the high bouncer. And while it is abundantly clear that PR99 knows how to deliver a lethal high bouncer…

…he didn't even attempt to break one out on set for the whole world (of late night talk-show television viewers) to see. Heck, he just went with a standard high-to-high. At least Seth attempted the high bouncer.

There's nothing better than making an absolute fool out of the tendy with a high bouncer. That bozo dips down to make the save and all of a sudden it bounces right over their shoulder and into the back of the net. Then he has to turn around like a pathetic loser and fish out of there for the next faceoff. It's humiliating, and that's what it's all about. Making the goalie feel as horrible about himself as possible. Maybe Paul was just saving the high bouncer for a more intermediate lesson with Seth instead of the beginner session. But I think he just didn't want to give away the scouting report on his shot to the rest of the goalies in the league this summer. Selfish!