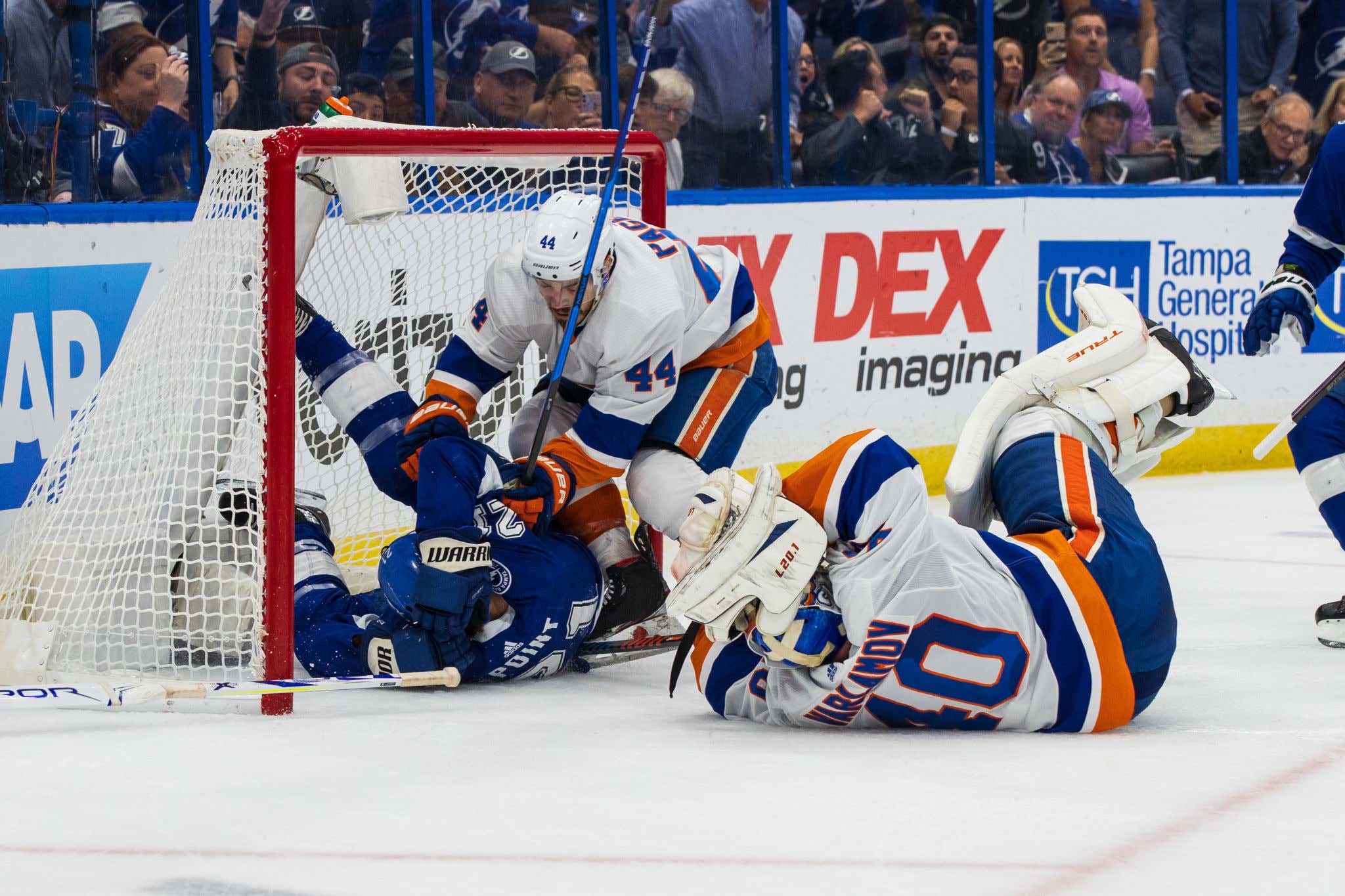 I honestly don't know how many times I have to write the same blog. First it was in 2017 before half of these kids on TikTok were even alive.

Then I wrote it again just a few months ago in January.

Which then brings us to last night's game 2 of the Stanley Cup Semifinals between the Tampa Bay Lightning and New York Islanders. Brayden Point receives the puck in the slot, is cross-checked/pushed from behind by Adam Pelech directly into Varlamov, yard sale ensues, and somehow Brayden Point gets 2 minutes in the box for goalie interference.

I feel like I'm taking crazy pills here. Like if the players aren't going to be smart enough themselves to realize that maybe they should launch a human projectile into their tendy, at least the refs could be smart enough to realize in no world should this be a penalty. Or any other incident in which a player makes contact with an opposing goalie due to the force of another player hitting them in that direction. Yes, NHL athletes should be smarter and this is some shit that you should learn before you're old enough to tie your own skates. But how anybody watches this play develop and thinks that the Islanders deserve a powerplay out of it is beyond me. But when you watched the rest of the game, you quickly began to realize that this officiating crew just sucks an entire storage locker full of ass.

Whether it was these idiots not letting the Big Rig and Hockey Tim Riggins go at center ice.

Or missing the fact that Tampa had 7 skaters on the ice for the go-ahead tally.

Or hitting Steven Stamkos with a 2-minute minor just because his name is Steven. 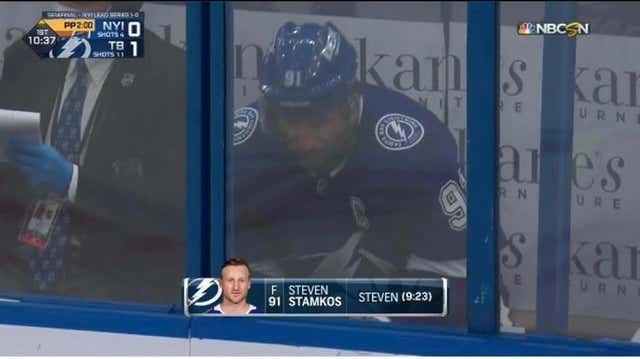 Okay well maybe that one makes sense. But not the others!

So yes, the refs unequivocally suck. And maybe that's why shit like this keeps happening. Because if you get a powerplay after sending a heat seeking man missile your goalie's way, it's not going to really deter you from ever doing it again. Maybe if you send your goalie to the hospital AND you don't end up with a man advantage for the 2 minutes, that's a different story.

In the meantime, hockey players will just continue to be a massive collection of big dumb stupid idiots who play with reckless abandon and never once make the rational decision to maybe just trust your goalie to make the save instead of bundling the attacking player directly into him and risking injury. Good work so far, boys. You're doing great.