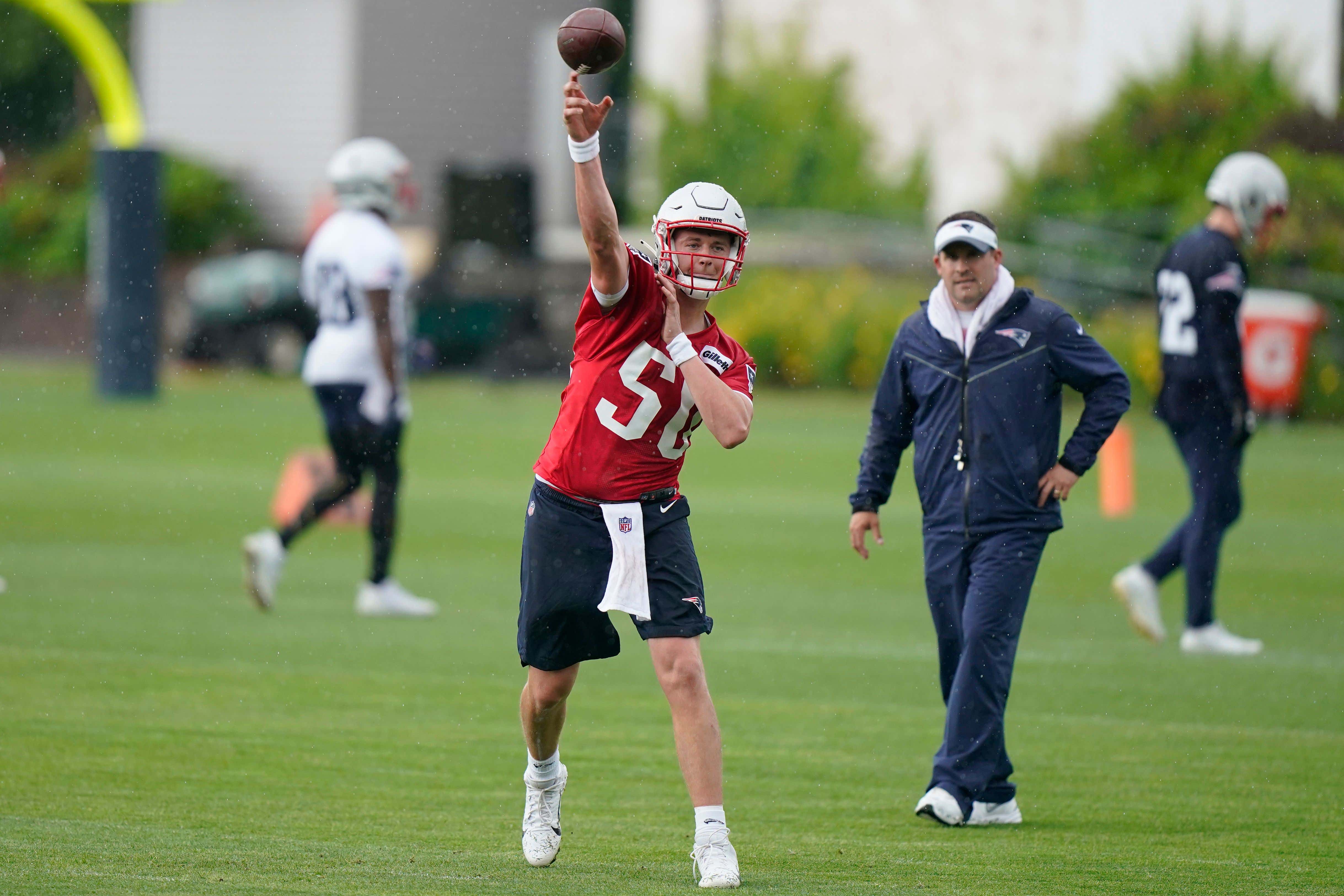 The question has been out there since that glorious moment on April 29th when the Jets pick at No. 14 was in and the Patriots immediately rushed to draft Mac Jones, confident they'd found their next great quarterback. It's been hovering over New England's spring like some … great … important … thing that hovers. (I don't have a simile for this one.) The two-part question being: When will Mac Jones officially take over as the Patriots starter and how will we know when it happens?

Will we know the change has been made when he's taking the first reps in practice? Will it take until the preseason games? When the rosters are finalized? When he's in the huddle after the opening kick in a regular season game? Will Belichick simply declare it? Or will it be something more appropriate, like the clouds parting and a heavenly host coming down in a beam of divine light to signify by divine providence that the McCorkle Era has begun at last?

The untold millions who have been anticipating the arrival of this momentous change in our lives may long remember that the date this new epoch began was today. June 15, 2021. A date which could live in legend and song forever.

By way of full disclosure, I was not at Pats practice today. I do expect to be there tomorrow. So I'm going off reports from the reporters who report such things. And by every objective measure, Jones practiced like the starting quarterback. In number of total snaps. Number of passing attempts. And in performance.

After a Monday workout where he didn't take as many dropbacks as presumptive QB1 Cam Newton, but by all accounts looked much sharper throwing through the rain:

… the numbers were flipped.

And Jones clearly looked like the best QB on the field, despite a hiccup or two toward the end.

And this was mildly interesting, just in that it makes you wonder if maybe they let Jones know he'd be getting the ball more:

Not that he's been meandering around like the lady behind the counter at the post office prior to this. But finding out you're being elevated up to the top of the depth chart would put pep in any competitor's step.

The follow up question, about how the incumbent QB1 would react to the switch if it was, in fact, made? The answer is anyone's guess. And people who were there making guesses.

Having said all this, I can't sit here and definitively say that Belichick and McDaniels just handed Jones the Final Rose. This might have been nothing more than a day in the Fantasy Suites and tomorrow he'll get relegated back to Brian Hoyer reps, just as another step along his development.

But you can't dismiss it that easily. Nothing down there is done at these practices without being fully thought through. In the words of the Admiral in The Hunt for Red October, "A Russian don't take a dump without a plan, son." It might not mean everything that on a four QB depth chart Jones took 25 of 50 total reps. But it doesn't mean nothing.

It also doesn't mean nothing that this came during a session with the media present. Belichick is fully aware of how something like this will play. In fact, there's a conventional wisdom that says in the first couple of media practices earlier in the month, the coaches were purposely holding Jones back, just to manage expectations. They're cognizant of the fact that when they give half the snaps to a rookie in front of 30 writers, what message they're putting out. Especially to certain writers with emotional attachments to Jones, an inability to manage their own expectations, a large audience, boyish charm and silver fox good looks.

Maybe I'm getting ahead of myself on this. And tomorrow will tell us a lot. But if I had to guess - and I've painted myself into a corner so I will, I think the reign of Mac Jones just began.