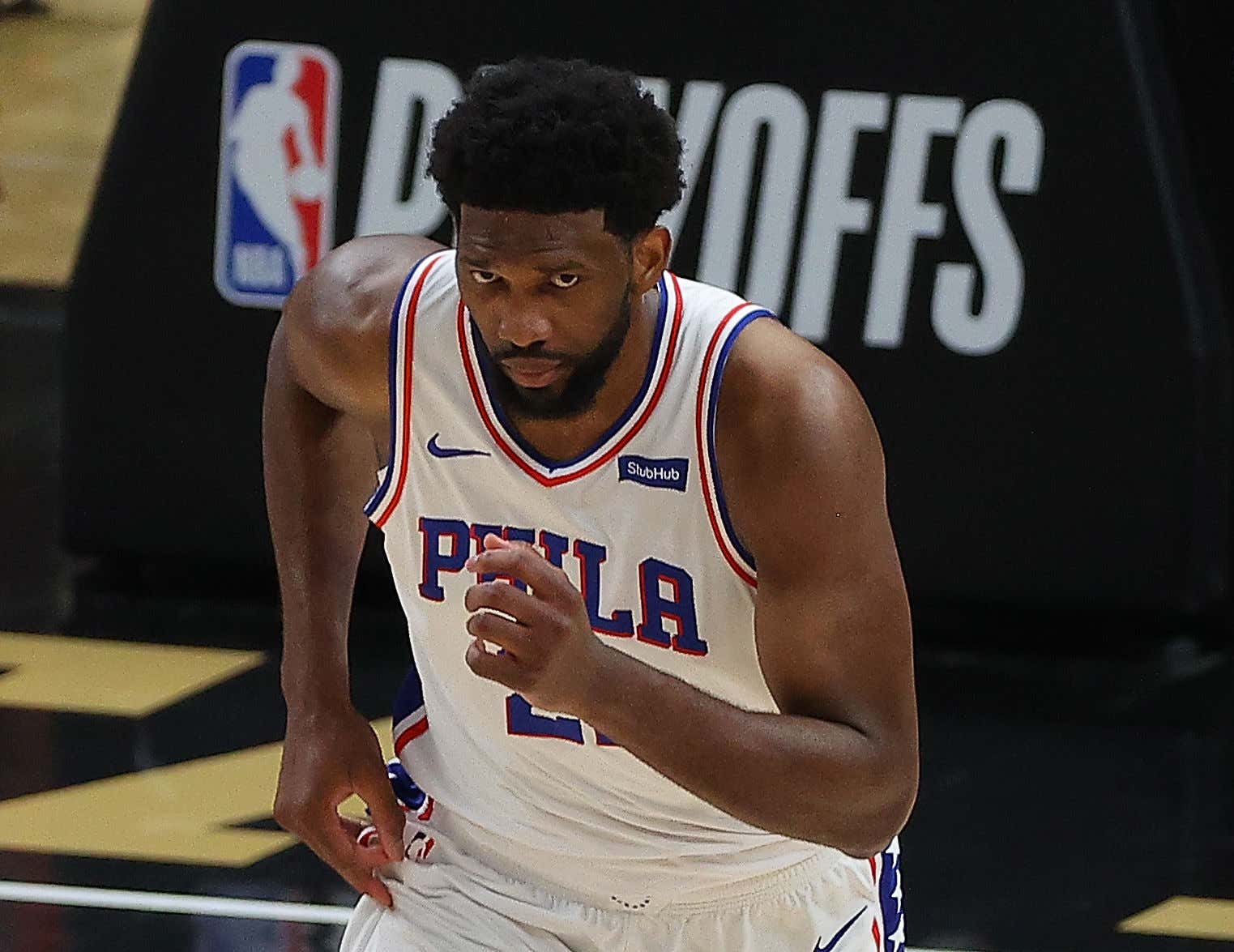 If you really think about it, Joel Embiid is a hero for even continuing to play last night. It was abundantly clear that the big fella just didn't have it in him, especially in the 2nd half. Whether that was the knee, his lungs, his head, whatever. Moral of the story is that Joel Embiid looked like hot garbage---at least offensively--for the entire 2nd half. And the fact that he just kept playing is a testament to his greatness. Because basketball is soft as shit and most guys in the league would have just faked a more severe injury to get themselves out of the game. Joel Embiid? Hero. Bad ass. Legend. And potentially,,,,,,the GOAT.

Well well well. Would you look at what we have here?

The best player on the planet having a shitty half of basketball in the playoffs that was clearly miserable for everybody watching but not indicative of that player's overall greatness in general? Just imagine how much disturbingly freezing cold takes would be out there if Twitter were around during Michael Jordan's era. You'd have all these goddamn idiots online talking about how Michael Jordan is trash after going 0-11 in a half against the Heat. Then he'd go on to win his 5th ring just another few weeks later.

Now I'll be honest--I certainly wish that Embiid had picked another Michael Jordan record to break rather than the "most pathetic offensive performance in a half of playoff basketball ever" record. Probably not the best one of Michael's records to break. But any time you can be mentioned in the same sentence as Michael Jordan, it's a good day. And I mean what a shot to break the record with. A potentially game-winning layup that doesn't catch a single bounce. Brutal, for sure, but history nevertheless.

By the way, it wouldn't have killed Tobias Harris to pick up the slack a little more in that 2nd half when literally everybody with a functioning set of eyes knew that Embiid didn't have anything left in him. Same with Ben. But if anybody on this team can take having the heat deflected their way and harness that for fuel, it's Embiid. So let's not go around pointing the finger at Tobias or Ben just yet.