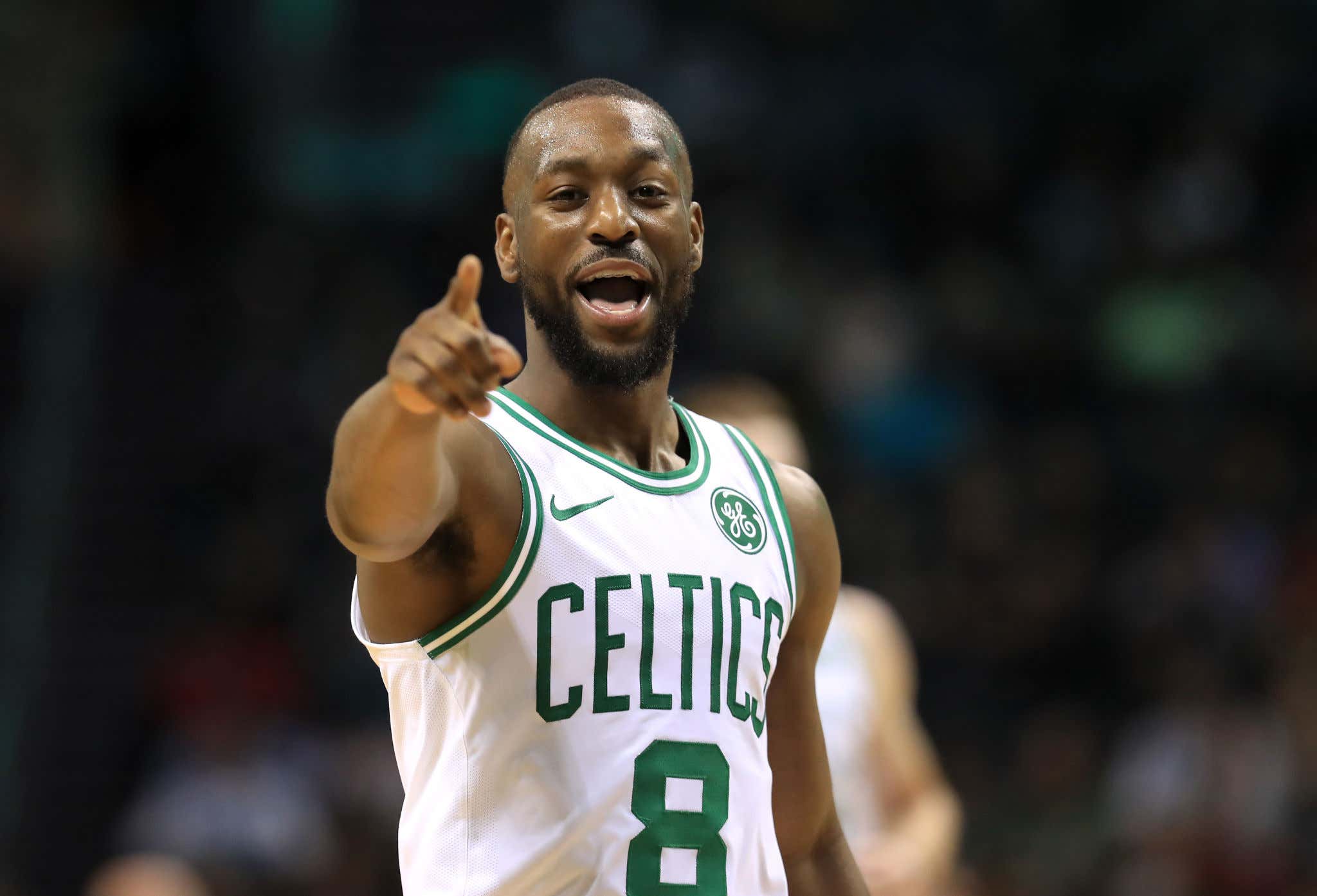 As soon as your basketball season ends, rumor season begins. That's usually how things work in the NBA. Especially if you're not coming off the best season. You can almost set your watch to it. Honestly, it's what makes this time of year so much fun. What's better than pure speculation and arguing on Twitter? Agendas are flying left and right, it's a wild ride.

Because the Celts have that perfect mix of underachievement, disappointment, and roster questions, of course you knew it was only a matter of time before it became their turn. We got that yesterday with the Kemba "report" from "sources" who talked to a Clippers reporter. That Bleacher Report article didn't really give us any new information, but at this time a year a story like that is going to go viral. I had to blog it. It's a whole to do.

Well, as you can expect, there was always going to be the other shoe to drop. You get to this time of year and you just expect that we're going to get ourselves a good old fashioned #sourceoff.

It didn't take long for the Celts side to respond to this.

Reports surfaced on Wednesday stating that the Boston Celtics and their starting point guard, Kemba Walker, could soon be heading in different directions.

According to Bleacher Report, Walker and the Celtics have mutually agreed to part ways this offseason. SportsCenter 5's sources, however, are saying the split rumors are premature.

The team source also told SportsCenter 5 that Walker has not informed the Celtics that he has soured on them and that the four-time NBA All-Star is focused on getting as healthy as possible after dealing with a balky knee that limited him to 43 regular-season games and forced him to miss Boston's final two playoff games.

Now obviously, let's use our brains here for a second. OF COURSE the team is going to say this. It could be true, but let's not be naive. This shit is about leverage. If you really were trying to move Kemba, you have to come out and vehemently deny it like this so you don't kill your own leverage. You don't think Danny taught that to Brad? Part of accepting this job is the fact that you're going to have to deal with #sources talking about all these trades you almost made, only to then slander you for not making them even if they were never real in the first place.

Then we also had someone in Kemba's camp/family weigh in.

Makes you wonder who is telling the truth here. It's the beauty of speculation season. Some random Clippers beat reporter looking to gain online traction and get aggregated, or the team and Kemba's family.

My guess? It's somewhere in the middle. I think that whole part about the team and player agreeing to go their seperate ways is maybe a little bit far fetched. I also think Brad and Zarren are doing their due diligence and making calls and testing the market. Just like every single front office should be doing. It would be irresponsible not to. How can you explore ways to improve the roster unless you turn over every stone? I'm not sure why that should surprise anyone or even be that big of a deal. I'm sure Danny called to check in on Jrue Holiday last summer too, just like I'm sure every other GM in the league did.

"Yup, you got us! While we haven't executed the trade yet and don't even have a coach, we're trying to get Kemba off our books anyway possible."

so their refusal of that report is pretty common. I will say, it's been a while since one of these early reports involving the Celts actually happened so who knows what to believe. I find it a little hard to believe that these sources had no idea that Brad Stevens was about to be the GM but these sources already know what he plans on doing with his roster. That feels odd.

All I know is if you think this is the last of baseless speculation and rumors involving this team you are sadly mistaken. We haven't even gotten to the Marcus Smart portion of the program yet. As always when it inevitably comes, we'll talk about it, because what else do we have to focus on since this team got stomped out of the playoffs in 5.