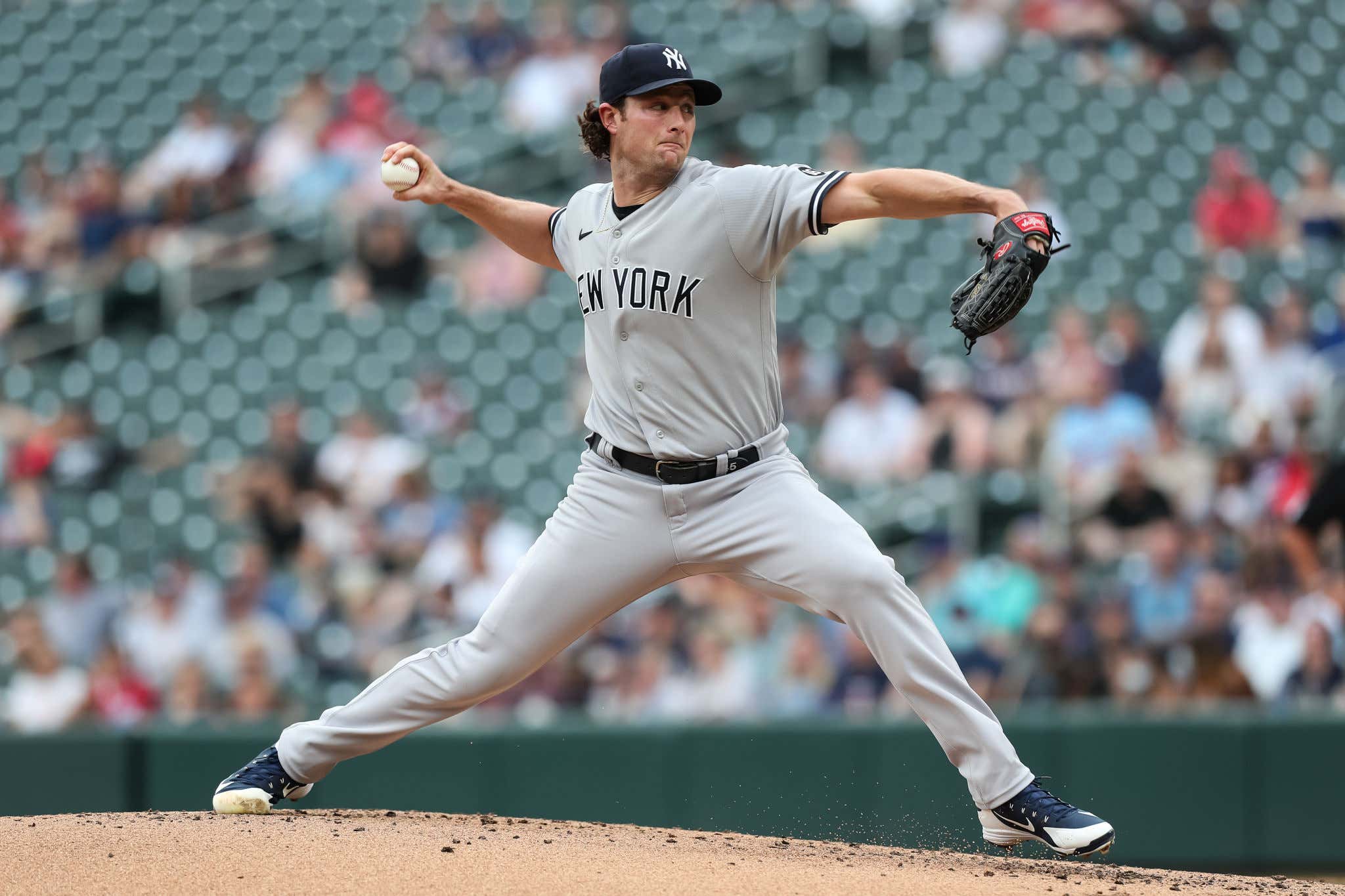 Wednesday night featured the highly anticipated clash between Gerrit Cole and Josh Donaldson. Fresh off the Twins third baseman name dropping Cole last week in regards to his alleged use of sticky substances and Cole's awkward press conference, this was a big one for the Yankees ace. Aside from this cloud hanging over his head, he simply just wasn't as sharp of late and needed to bounce back. The Yankees horse rose to the occasion.

Cole's first at bat versus Donaldson was nothing short of pure domination.

Left him with a little parting gift too as Donaldson walked back to the dugout.

His second at bat against Cole faired no better.

This tip of the cap had more of a fuck you to it if you ask me. Especially as Donaldson dropped some f bombs of his own walking back to the dugout like a clown.

In his final AB vs. GC he weakly popped out. Credit to Donaldson for making contact.

All that just to get dominated. Turns out Gerrit Cole is still very good at this pitching thing. The spin rate numbers were down a tad with his 4 seam and slider but up with his knuckle curve and changeup compared to his season averages.

Cole was back to his old self tonight, pumping fastballs harder than he had all season….in fact in his whole career. Gerrit's average fastball sat at 98.2 MPH Wednesday night, which is actually the fastest he's had for a start in his entire career. A full MPH faster than what he was averaging this season. Yeah, he'll be just fine.

The final line 6 IP, 5 H, 2 R, 0 BB, 9 SO. His only blemish came on two solo shots which he's prone to give up here and there. No need to push him for a 7th inning with the Yankees pounding the Twins as per usual. Just what the doctor ordered. God bless the boys up in Minnesota. Please get the fucking sweep tomorrow against JA Happ for christ's sake.

P.S. Good to see the bats waking up. If you weren't hitting Minnesota this series there was actually zero hope. Stanton with two bombs tonight, Judge with a shot, and Miggy with his 5th in 8 games. That's more like it.