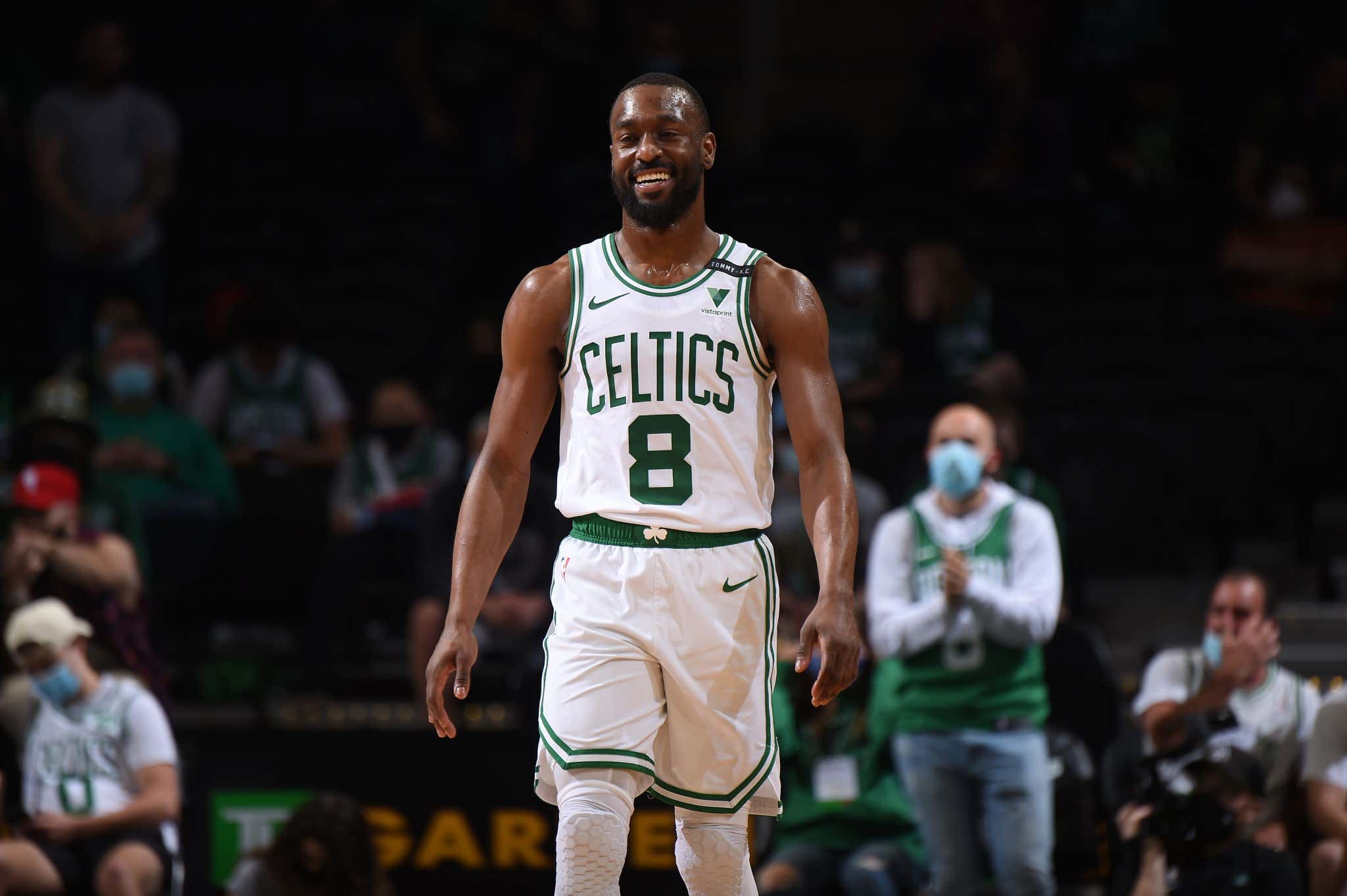 (Source) - The Kemba Walker experiment in Boston seems to be coming to an end. Sources said the Boston Celtics and Walker are likely to move forward from their relationship this offseason in a mutual agreement between the parties.

The once promising young Celtics who were so close to the NBA Finals are now in the middle of a potential blowup. Their season went so poorly that the organization decided to shake up the front office, the coaching staff and player personnel.

Brad Stevens stepped down as head coach, and Danny Ainge stepped down as president of basketball operations. Sources said the team will keep Jayson Tatum and Jaylen Brown, but Walker will be a part of the shakeup. And the feeling is mutual between Walker and the organization.

Walker helped push the Celtics to Game 6 of the Eastern Conference Finals in 2020, but they fell short to a surprise Miami Heat run. Despite that success, Ainge was ready to move on from Walker within the point guard's first year.

Sources close to the Celtics revealed Ainge sought to trade Walker, and Jrue Holiday was the target. Holiday ended up with the Milwaukee Bucks, who are now in the second round of the playoffs.

A source close to Walker said he was hurt by Boston's efforts to trade him, which created a rift in the Walker-Ainge relationship. Walker has a great relationship with his teammates and looked forward to being a veteran mentor to Tatum and Brown, but the same can't be said about Walker and the front office. He no longer feels wanted.

Well, this is how it starts. I wouldn't exactly call this an earth shattering surprise though. Nothing reported in that piece is anything we hadn't already heard. We heard about the Jrue Holiday stuff last season. The idea that they were exploring ways to offload his contract this summer isn't all that new either. Given the type of contracts we've seen moved these last couple of seasons, I think we can agree that any contract is moveable….for the right price. The Celts are going to have to attach shit to Kemba to move him, that's a reality we just have to accept.

Now where he goes is anyone's guess. I'm not all that in favor of a Kemba for Porzingis swap. I'm not exactly interested in taking on that contract with a player who has way more injury concerns. You might be, but I'm all set. One name we're hearing more and more that I actually would be open to, is a return of this man 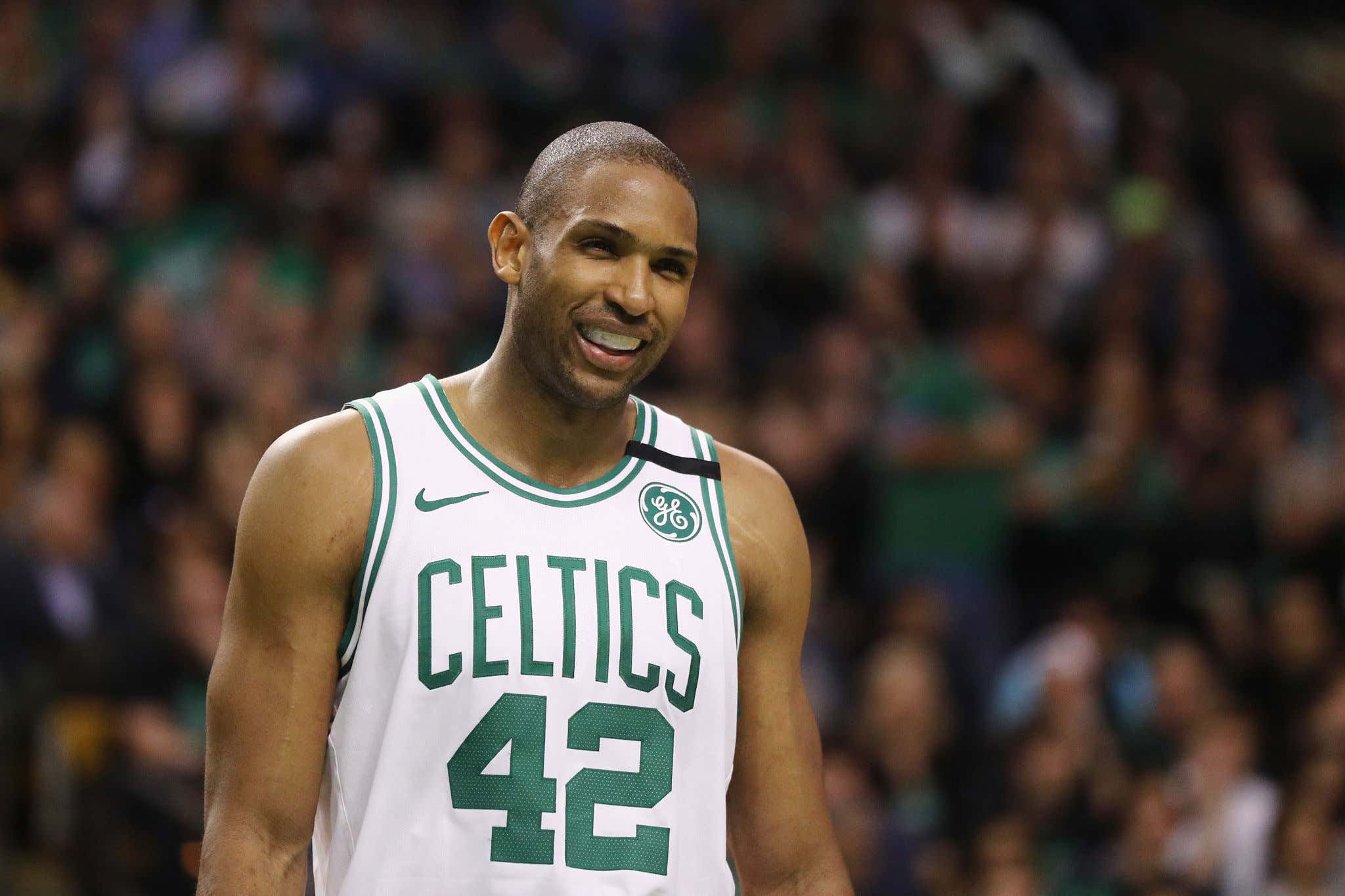 Bad contract for bad contract. Give OKC some picks since Sam Presti gets a hard on anytime you tell him he can add picks to his treasure chest. Does Al Horford elevate you into a title contender? I wouldn't go that far. But he helps. They certainly missed what he brings to the table. Remember, the Horford we saw this year in OKC was not the same Horford that was a Sixer. In 28 games he put up 14.2/6.7/3.4 on 45/36% shooting with 2.0 3PM a night. They had to shut him down and beg him to stop playing because he was actually too good. The Celtics roster could use that. I'd say he knows the system, but as of now we have no fucking idea what the system is going to be considering there's no head coach at the moment.

A move like that helps the Celts save a little money ($10M) and gives you additional options moving forward. I do have questions about the guarantees around his 2022 salary of 26.5M though. A bunch of that was guaranteed based off the Sixers making the Finals in 2020, 2021 or 2022. Now that he's not on the team anymore, what happens to that?

But back to Kemba for a second. If this is in fact the end of his tenure in Boston, I think it's fair to say it didn't exactly go as we all hoped. If you look at it without using hindsight, you could understand why they made the move at the time. He showed up and instantly was the type of player they needed. All Star production, no ego, fully supportive of the Jays, he was as advertised. It's just some shit luck that a guy that never got hurt while he was in CHA suddenly couldn't stay healthy at the most important time of year. If you're looking at things only in terms of the results, the Kemba experiment was a fail. Good intentions, bad results. That's just how things have gone lately with their big free agent signings/trades ever since Horford first signed on way back when. Isaiah got hurt, Hayward got hurt, Kyrie got hurt, Kemba got hurt twice. That's pretty fucking insane.

What I disagree with though is this idea that Kemba sucks. His production is still there when healthy. He showed that this season. But at the end of the day, his value to this team ultimately comes down to what he brings in the postseason, and that has not been great. There were flashes, but if you can't stay healthy then what good are those flashes.

If you look ahead, I think if they trade Kemba you almost have to overpay to keep Marcus Smart. He's your starting point guard moving forward. That's an important piece of the puzzle considering he's up for an extension. As you can see, Brad has quite the matzah ball on his plate right now.

It's not the first time we're going to hear these type of reports, if anything things are only going to intensify as we get closer to the offseason. How much of it is real, well only time will tell.