Look I know this title is dramatic but the thicc Zucc is at it again and I think it's communicating of things to come.

If you haven't listened to the latest Macrodosing podcast with Arian Foster and PFT Commenter you wouldn't know how deeply entrenched facebook is with the U.S government and data collection.

Zuckerberg has been, I believe, slowly preparing for the end of times. He has access to a lot more higher-ups than we do. Trump even accused him of smokin his meats if you know what I'm saying.

Now we have him throwing spears for accuracy. Very Hunter-Gatherer primal stuff. The very cool young male thing to do once in a while.

Mark Zuckerberg is training to be an apex predator backed by Audioslave songs and it makes me nervous pic.twitter.com/i95fdOfCPj

Now I am all for these activities, I am a proponent of cooking and eating meat and hunting. Many people are. The thing is if anyone posted their passion for smoking meats and throwing spears at things it would be considered pretty cool and Alpha af. When a guy who has single handily sold more personal data and provided the platform for misinformation campaigns on an international scale starts doing survivalist shit it makes people nervous. Why does this nerd feel like he has to do this? Is he preparing for something? What does he know? Why does he feel like he has to learn how to be accurate with a spear? I am not too concerned but a little uneasy. 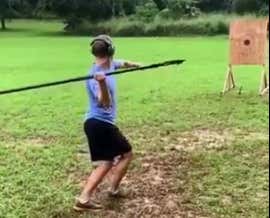 Also, why is he wearing headphones? Is this guy using firearms? Between the flora, in the background, and overcast sky I feel like it might be Hawaii, (just looks like the backdrop to Dog the Bounty Hunter) so he might be hunting feral hogs with spears (on my bucket list). Feral hogs are a serious problem in Hawaii. So I guess he's down for pest control.  Anyway, probably just another bored billionaire doing shit. Nothing to see here. 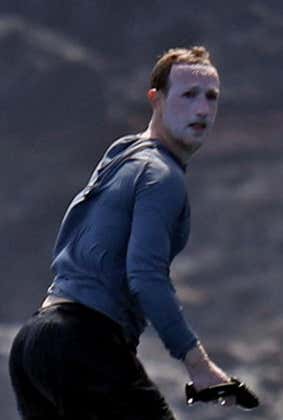