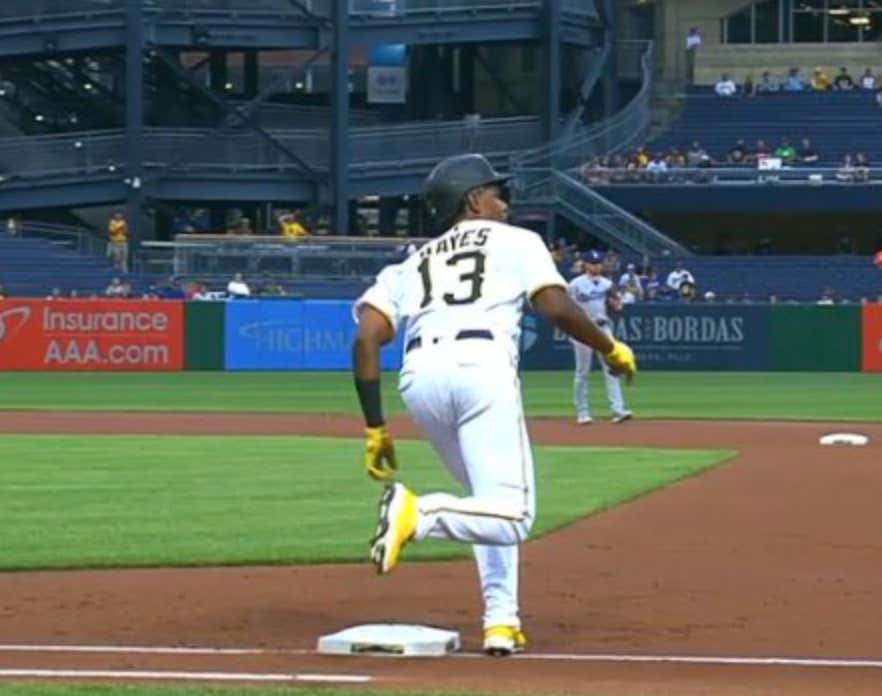 The Pittsburgh Pirates war with first base in 2021 is one of the best rivalries going in all of baseball right now. We've got Dodgers vs. Padres, Cubs vs. anyone in the NL Central, and of course the Yankees vs. scoring. All great battles, but the Pirates and first base take the cake.

We all know the infamous Javy Baez play where first baseman Will Craig lost his mind and forgot the rules of the game. Well today Ke'Bryan Hayes blasted a homer off Walker Buehler in the first inning. Good news yes? Only problem is he forgot to touch first…

Hayes was ruled out and the Dodgers escaped the opening frame without surrendering a run. In the books it's called a foul out to Muncy. Unbelievable. Absolutely brutal for the Pirates, but even more crushing if for some god forsaken reason you bet runs in the first on the Barstool Sportsbook. I can't even fathom the devastation once they reviewed and overturned the homer. Imagine being at the game and wondering what was going on. My god the Pirates are something special. The fans deserve so much better as I detailed in this blog here. God bless any of you that have hung around this long and still go to games on a semi-regular basis. You should be given awards for the hardships you've endured throughout the years.

I may never get over the Javy play. A true masterclass in incompetence that you won't find anywhere else.