What is going on with base runners not touching the bases after hitting home runs? Last night we saw Ke'Bryan Hayes of the Pirates miss first by an inch, and now we have one of the top prospects in all of baseball in Bobby Witt Jr apparently miss home plate after smoking a ball 430 feet. It clearly looks like he touches home plate, like theres no way he doesn't. The umpire is literally standing right there and starring at Witt Jr cross home, keeps looking down, wipes off the plate and then the appeal is made before the next at-bat. They throw home, touch home and Witt is called out and credited with a long triple, like a really long triple. 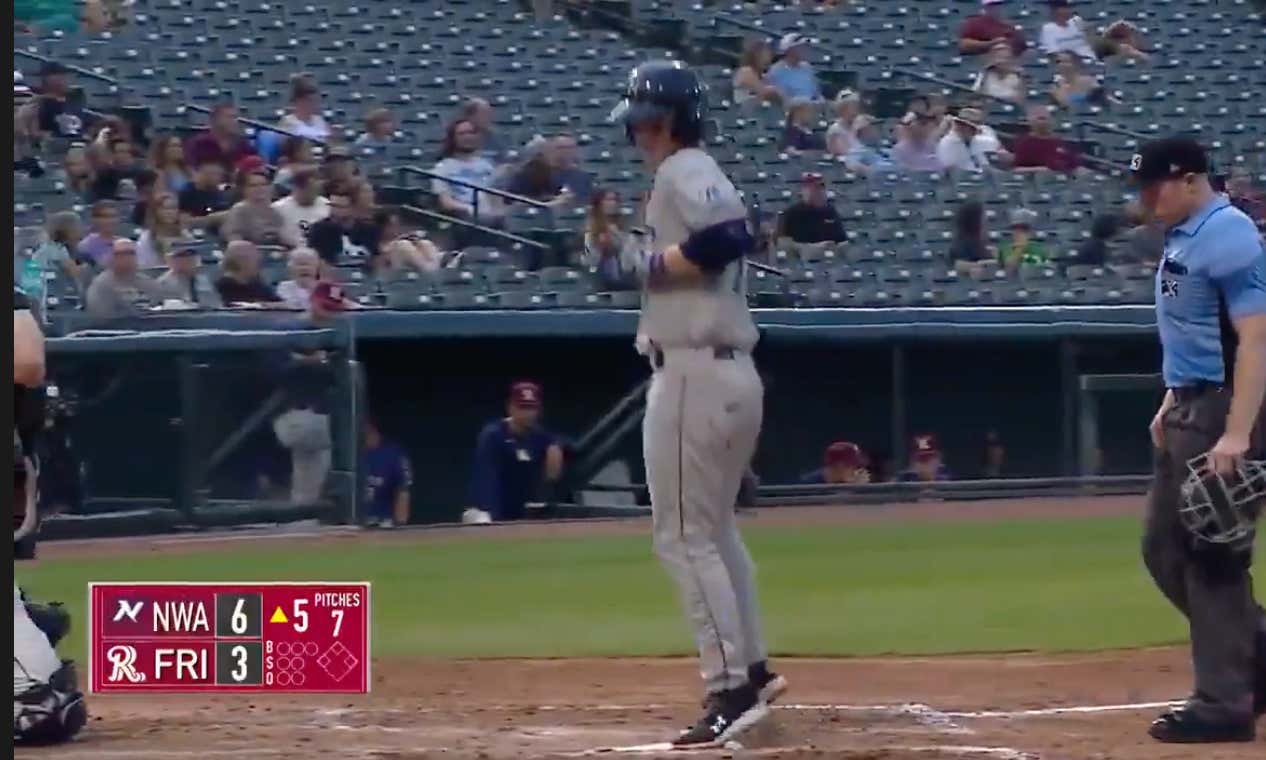 Since we only have 1 angle here this is the best we can see, but he's 100% on the plate right? And the ump is looking directly down at his foot. Either the camera angle is playing some wicked tricks on us or this umpire has it our for Witt Jr. He also cleans home plate after Witt apparently missed it. Why clean it if he didn't touch it? This makes no sense! This would have been Witt's second homer of the game but instead he had to settle for an ump show triple. Watching it again it even looks like he drags his back foot across too. Even Patrick Mahomes thought this call was terrible, Bobby chimed in with his take on it too. Kid says he touched it, I have to believe him.

Next time Witt Jr hits a home run I hope he stands on top of home plate for no less than 13 seconds. Just set up camp right there, look the umpire in the eyes, make a nice dent in the plate with his spikes so we can make sure that he made contact with home plate. Only way to ensure you're called safe in todays game.