Block Club - Jim Graziano still remembers being 9 years old and getting up on Saturdays or summer vacations to sweep the floors, load shelves or delivery trucks, and count the cash drawer without a register at J.P. Graziano.

Working at the family-owned importer and distributor warehouse at 901 W. Randolph St. was a rite of passage for Graziano’s grandfather, his father and himself when they were growing up. As the fourth-generation owner, Graziano helped transform the successful importing business his great-grandfather started into a popular sandwich shop filling dozens of orders per hour.

On Monday, J.P. Graziano celebrated 84 years in business with an honorary street sign along Randolph Street.

“I’m so proud of what we are and what we mean to the city,” Jim Graziano said. “I’m so proud of my family tradition. My great-grandpa came here, he didn’t speak a word of English. Zero education … . He saved up to buy a building to help his family.”

Graziano thinks the key to the family’s success and longevity is the personal connections they make with everyone that walks through their door. It’s something he learned visiting clients during their wholesale distributor days.

“During those deliveries, we talked to customers for 45 minutes about their kids, a recent marriage and then the last 15 minutes was them placing their order,” he said.

Over the past decade, business boomed. Graziano estimates they often sell 50 sandwiches per hour. The house specialty Mr. G sub has been listed among the best dishes in the city.

Graziano credits the businesses’ success to his great-grandfather, his grandfather, father and uncles.

Graziano is not sure if his children will become fifth-generation owners, but he will keep the tradition of bringing his daughter to the shop when she turns 9 next month to learn the same work ethic passed down in his family for generations.

“She’ll be sweeping the floors at my store. … She will learn how to count money without a register. She’s going to understand that if people don’t walk through that door, we don’t put shoes on our feet,” Jim Graziano said.

It doesn't get any more "Chicago" than Jim Graziano and family.

So them being honored with something so prestigious as a street sign on one of the most famous thoroughfare's in America (look it up, West Loop is one of the hottest real estate markets in the country and Randolph is the "Broadway" of it) is a very big deal.

It's a long time coming considering the family set up shop there almost a century ago and hasn't moved. In the midst of the depression, through a world war, and the local neighborhood constantly evolving, the Graziano's remained the constant in the West Loop. Blue-collars to blue bloods alike make up their die-hard customer base and chances are when you're in there that Jim or his wife, or mom, know everybody that walks in the front door by first name, and their order by heart.

They're obviously dear friends of the program here at Barstool, and Barstool Chicago specifically.

Not to get all sentimental on everybody but Jim was one of the first people to believe in Eddie, Dave, Carl, and Ryan and stepped up to advertise with them when they were first getting started. He helped get them full time and pave the way for other brands to follow suit. Basically he believed in the cause before anybody else had the palle (balls) to. He is the textbook case study for why advertisers see such a massive difference working with Barstool vs. other brands. The synergy was and continues to be off the charts, and the relationship is now birthing incredible collaborations like the J.p. Graziano x Barstool Chicago Beef Kit. Which if you have yet to buy, stop what you're doing this instant and order. It will change your Sunday afternoons for life.

I'd be lying if I didn't say as a fellow Italian-American it makes me proud to see a family like this honored by the community in this day in age. Especially considering the fact the last 4-5 years its been a non-stop all-out war against the Italian-American community over the Christopher Columbus subject. But I digress… 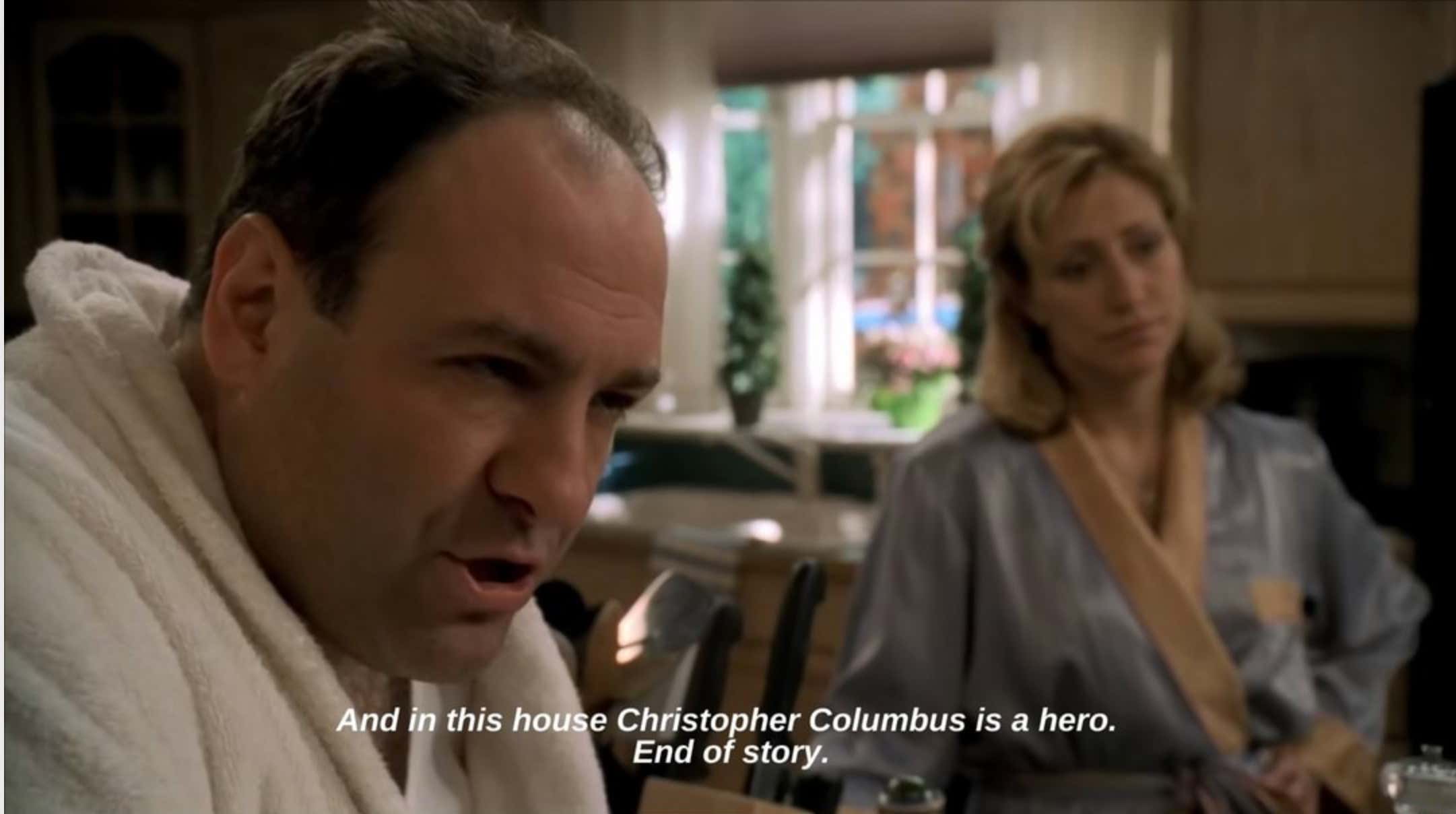 p.s. - if you didn't get a chance to watch our Small Business Feature on J.P. Graziano, give it a watch and get the full run down on everything. Once again, we were ahead of the curve but what else is new.

p.p.s. - If you haven't seen the clinic Jim put on on the sandwich Snake Draft this is also a must watch