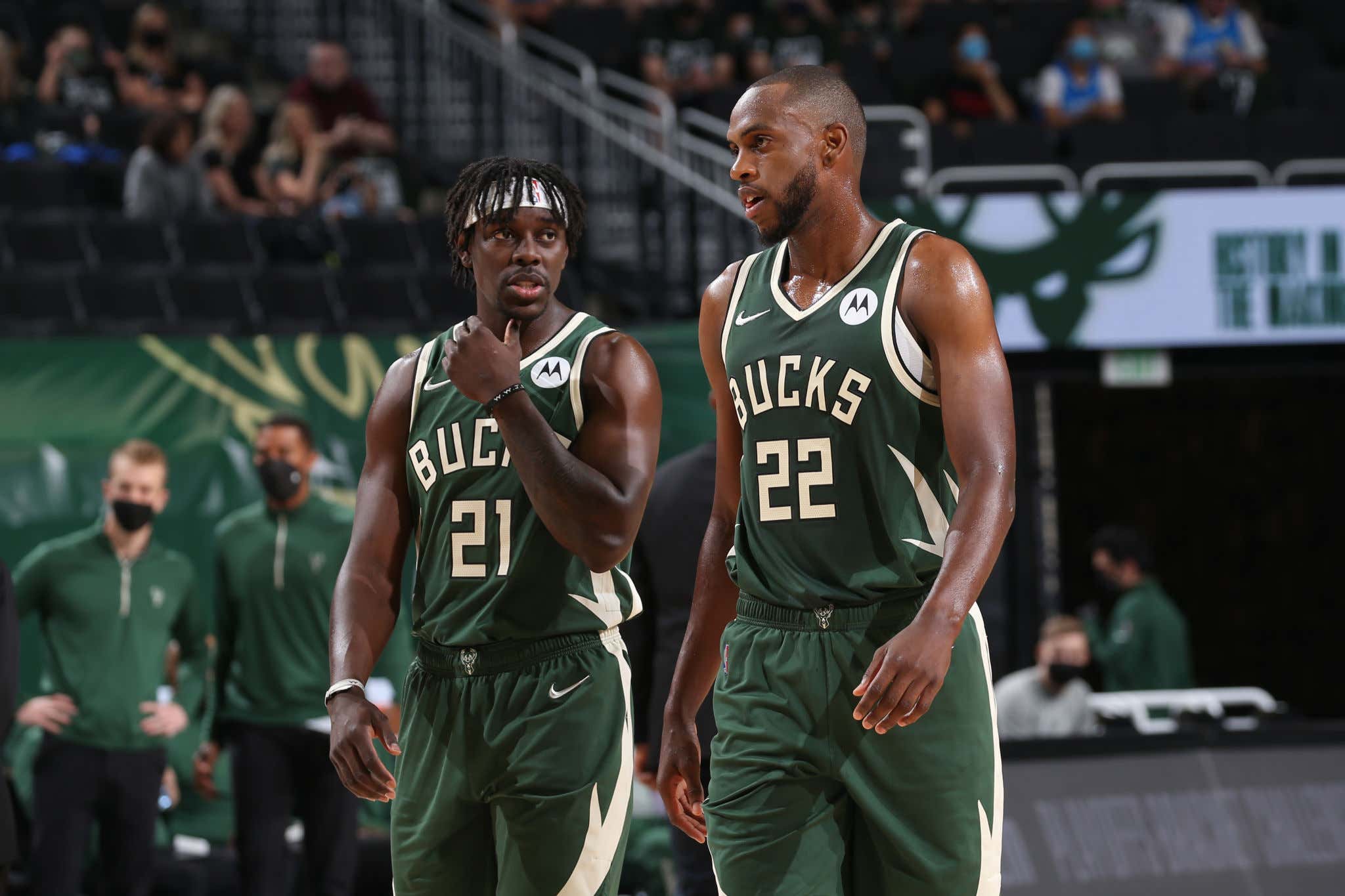 The Bucks are down bad right now. No other way to say it after you get demolished on national television by a James Harden-less Nets team. Especially when heading into this season you pushed all your chips to the center of the table to build a Giannis/Middleton/Holiday core. Even more so when you then gave that core massive extensions. When a start like this happens in a series, especially with a team like the Bucks who underachieved last year, the internet will be ruthless. Suddenly everything Giannis has done in his career will be meaningless. Narratives will be created. That's just the way it goes.

And while Giannis has done little to improve his game to be more adaptable to the playoffs and Coach Bud clearly has never heard of the possibility of making any sort of adjustment to his approach, I do think this is deeper than just a Giannis issue. That's a big part for sure, but a huge part of this tough 0-2 start is the fact that the other two parts of this Bucks trio has been nowhere to be found.

With Jrue Holiday, the whole point of bringing him in was to upgrade from Eric Bledsoe right? That certainly looked to be true in the Heat series. So far in this BKN series, it's been the same exact shit

This is where you look at Coach Bud and kindly ask him what the fuck is he doing? If that doesn't get addressed in these two games in MIL, we might be seeing a sweep.

Unfortunately, the limitations of Giannis become magnified when 2/3s of the trio regresses. After shooting 39% from three on 4.8 attempts during the regular season, Holiday is shooting just 25% from three in these playoffs and only 33% in this series. The bigger issue in my eyes though is what we're seeing with Khris Middleton. We have a much larger sample size with him and it sure isn't pretty.

In 2017-18, Middleton was insane. He shot 59/61% in their 7 game series loss to the Celtics. The man could not miss and having that type of shooting next to Giannis seemed pretty legit. Well, in the three years since, Middleton has played in 31 playoff games. Here's how that shooting looks over that timeframe.

That gives him just 40/39% splits since that 2017-18 season. When you compare that to his 47/40% splits during the regular season over those same three years, that drop off is gigantic. It changes everything for the Bucks offensively. If they aren't getting consistent and efficient shooting from Khris Middleton, it allows teams to build a wall and sag off, making it harder for Giannis to execute. Because he doesn't really have a jumper or a floater game, you really see his limitations in the playoffs. When his two other stars are knocking down shots in the regular season, it's not surprising that Giannis looks so unstoppable.

While there is some truth to the idea that Giannis needs to suck it up and develop his offensive arsenal so he's not just a MVP version of Pascal Siakam with no offensive bag, but even if you suddenly give Giannis a consistent jumper that's not going to do shit if his running mates continue to disappear like this. First it was Bledsoe, now Holiday to some degree. Middleton has been doing this shit for 3 years now.

Let's say the Bucks don't turn this around and lose in like 5 or 6. Then what? They'll bring in a new coach who will maybe have a new system. You can't really turn around and break up this core after their first season together considering this was the group Giannis committed to. Unless he demands it I suppose.

When it comes to this team, nothing they do during the regular season matters. That's how it's going to be until they get over the hump. They aren't alone in that regard either. The same is true for the Clippers, Nets, Sixers, and Jazz. For the Bucks to have a chance in this series (with or without Harden), they can't keep getting duds from their two main guys outside of Giannis. If they do, nothing is ever going to change.