Today is National Best Friends Day! It's probably going to happen three more times this year, along with four more National Sibling Days. But in honor of today, I decided to text my co-workers  friends and wish them the best in honor of the special day. 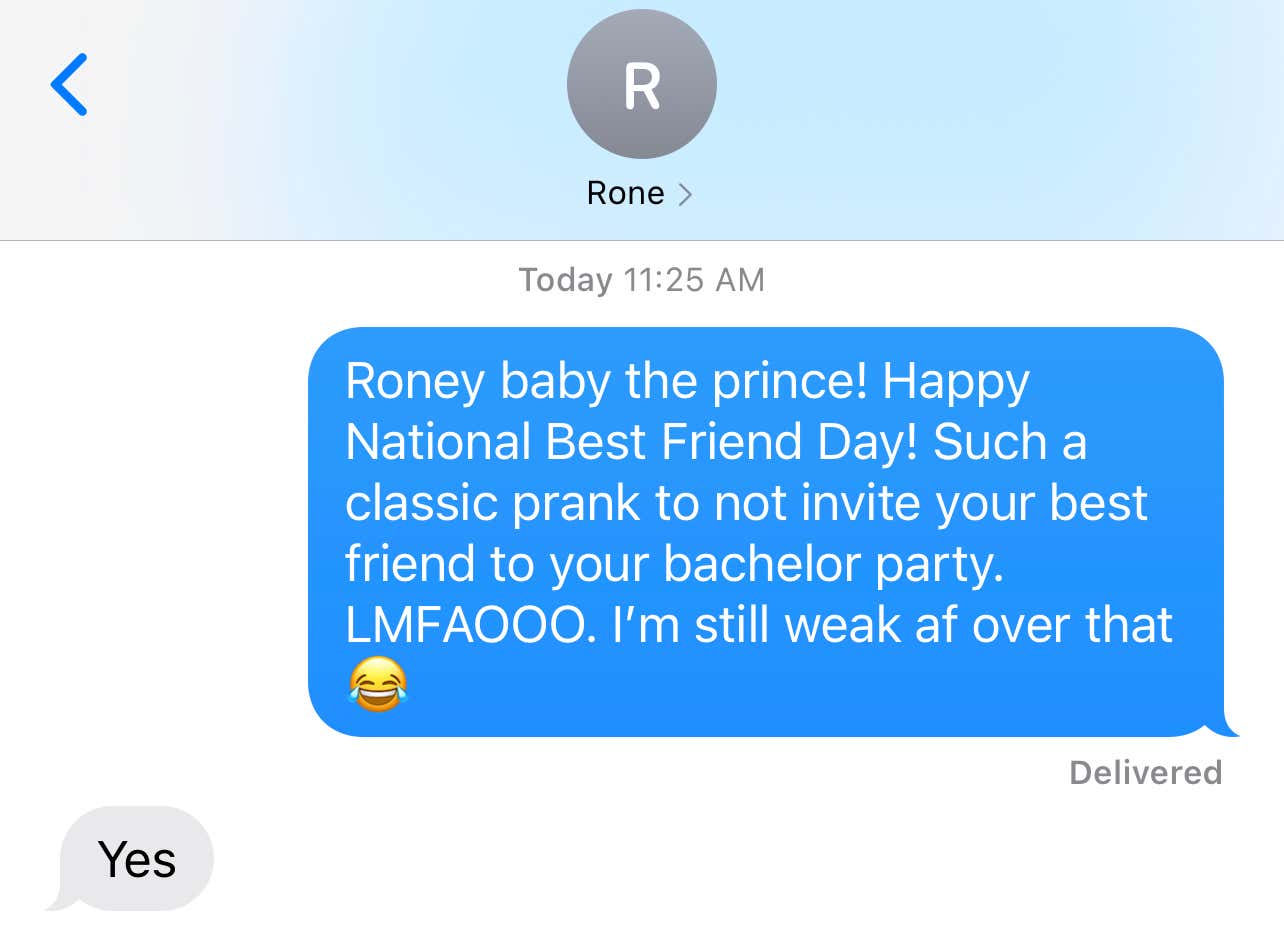 Alright so get this. Rone had his bachelor party in Puerto Rico this weekend and didn't invite me (his best friend). That's some classic shit right there. Best friends love pranking each other, and the two of us are no different. Apparently he's not even going to invite me to his wedding either. LMAOOOOOO. This fucking guy. 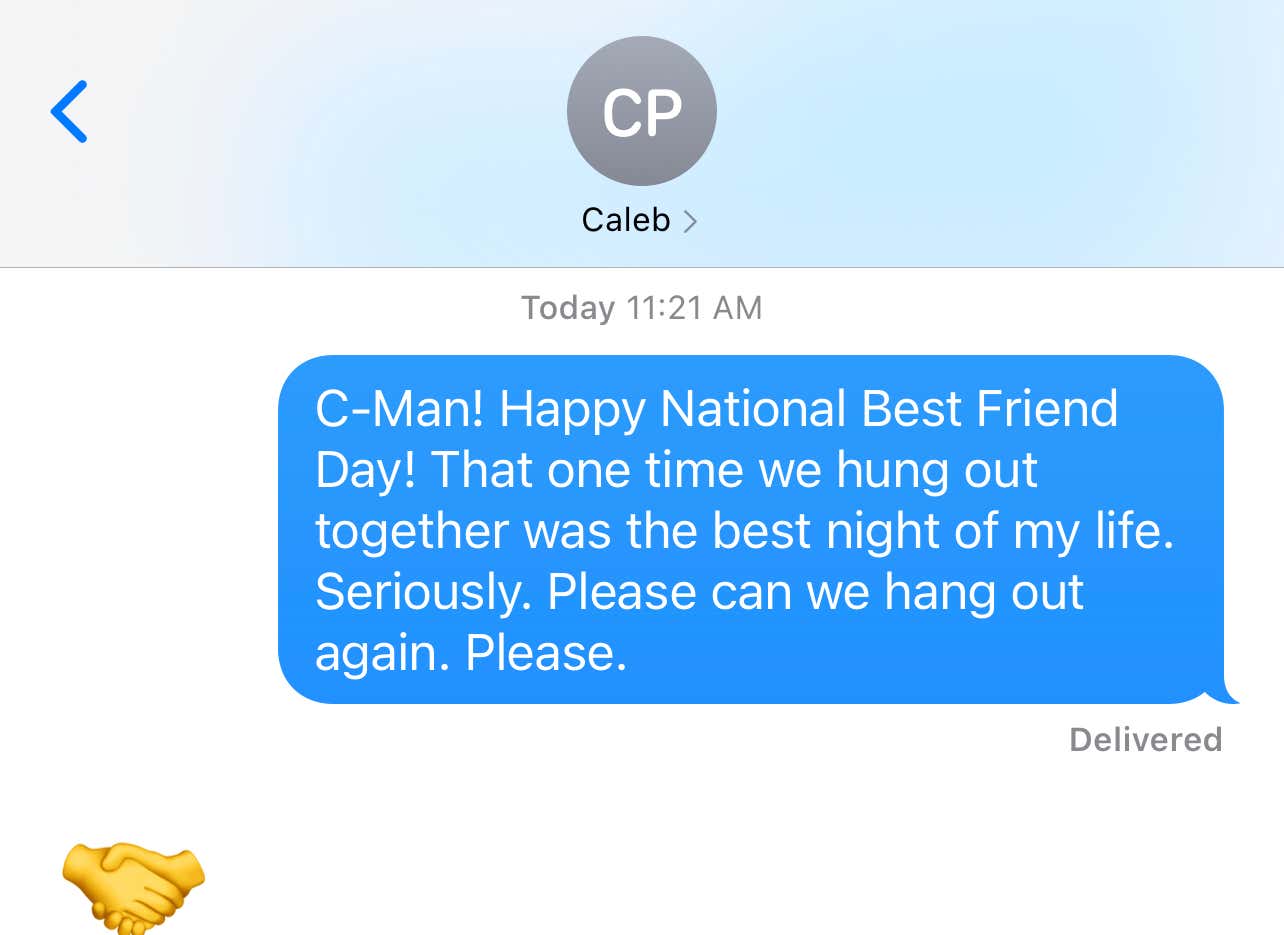 The handshake emoji is legally binding in New York State. I have secured myself a second hang out with the King of Cool. 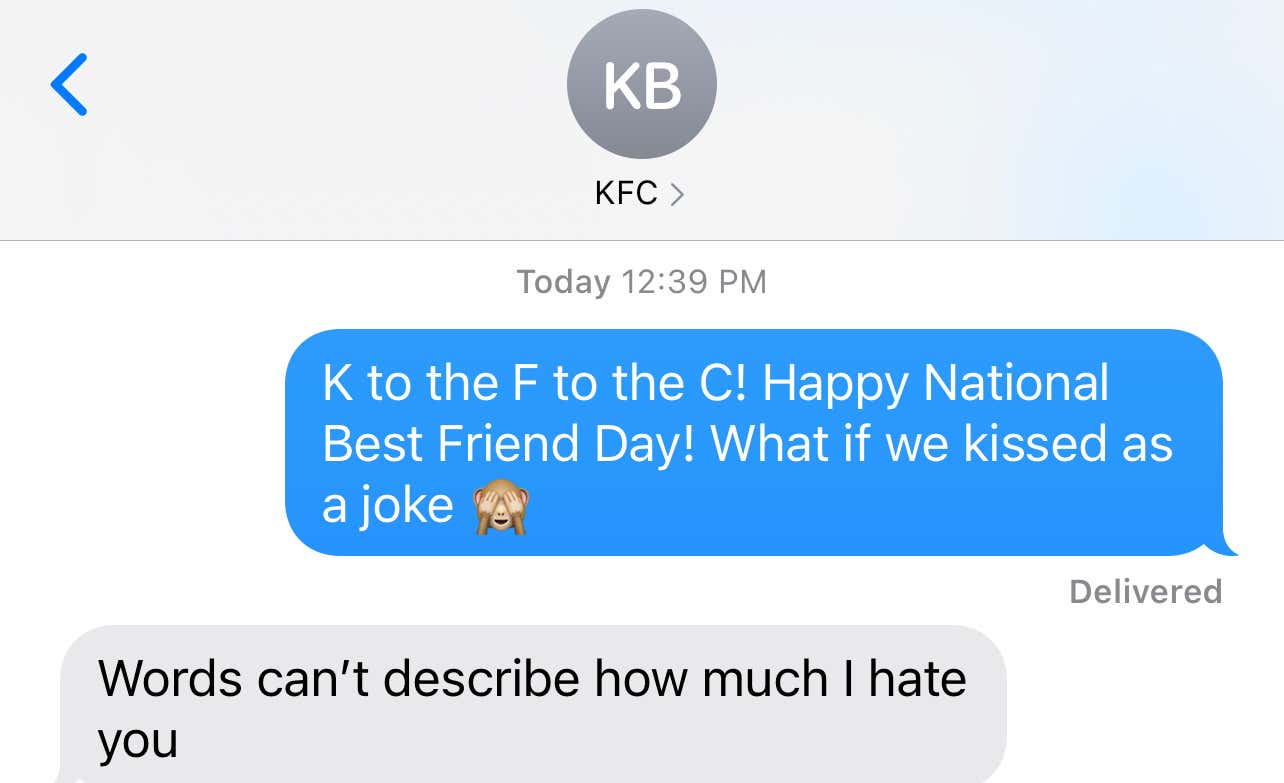 The opposite of love isn't hate. It's indifference. Love and hate are sister emotions. If I play my cards, I might seal the deal and get that kiss (as a joke). 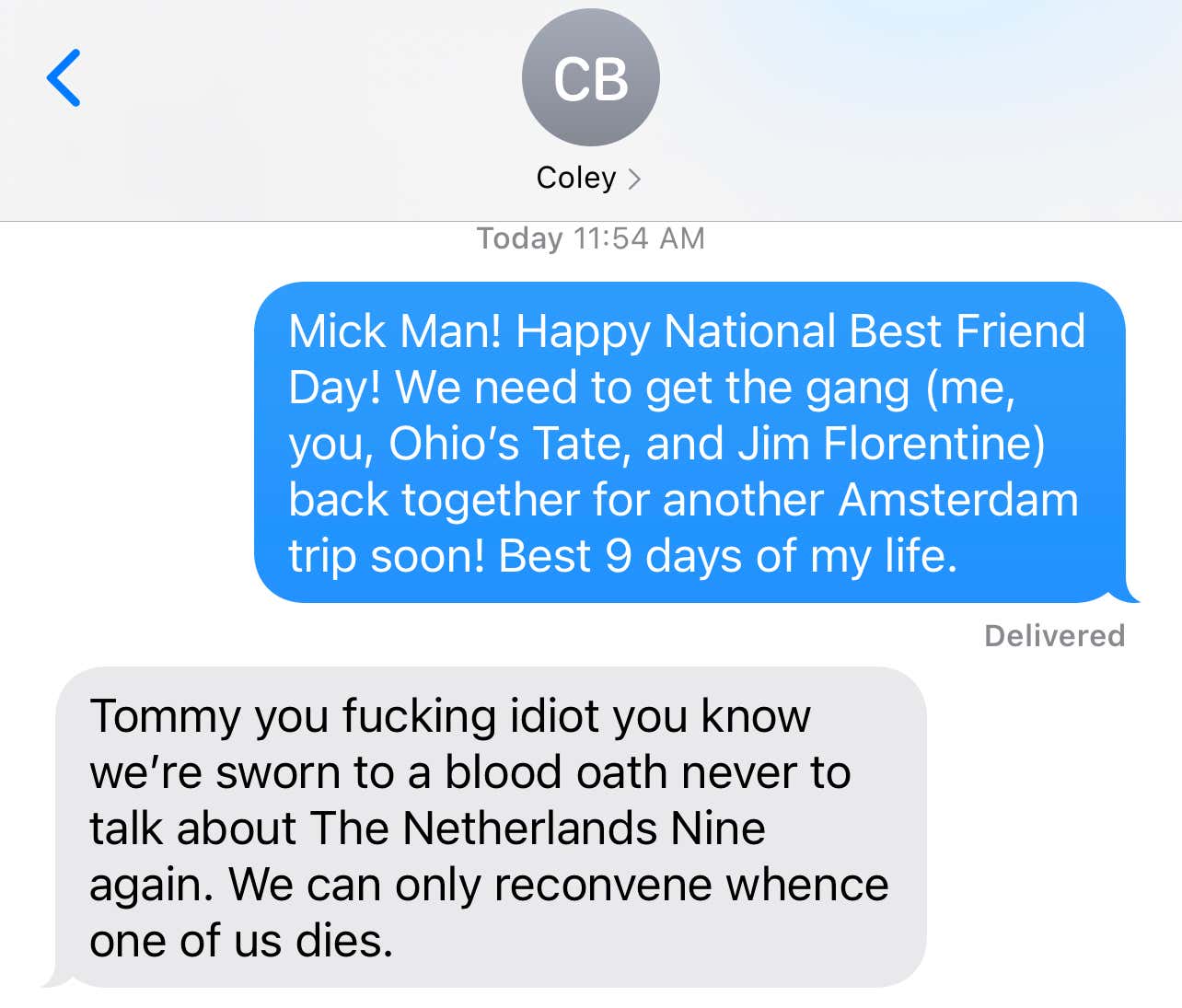 I can speak no more about this trip. 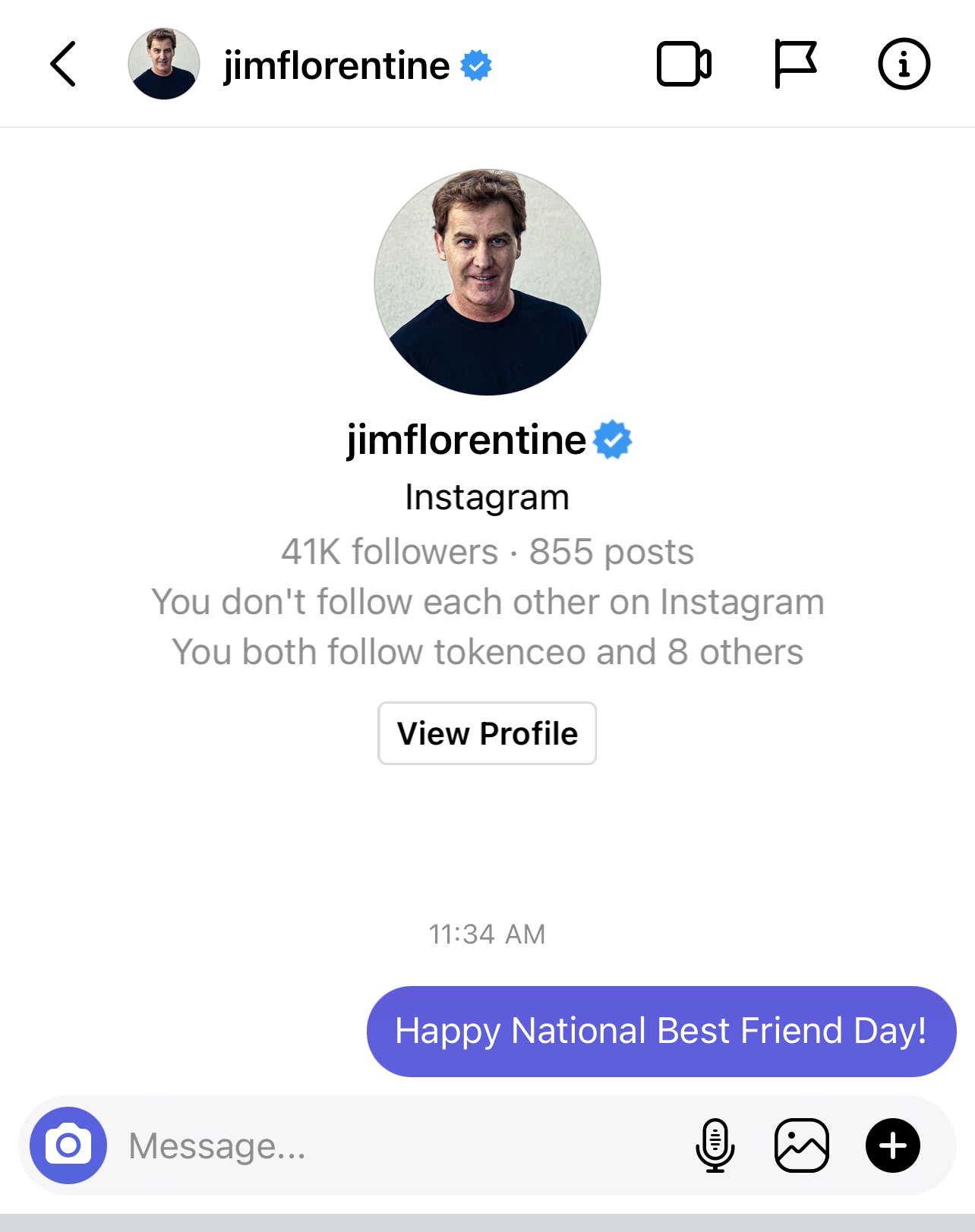 Speaking of the J-Man, you KNOW I had to wish his crazy ass a Happy National Best Friends Day. See you back in the Netherlands! 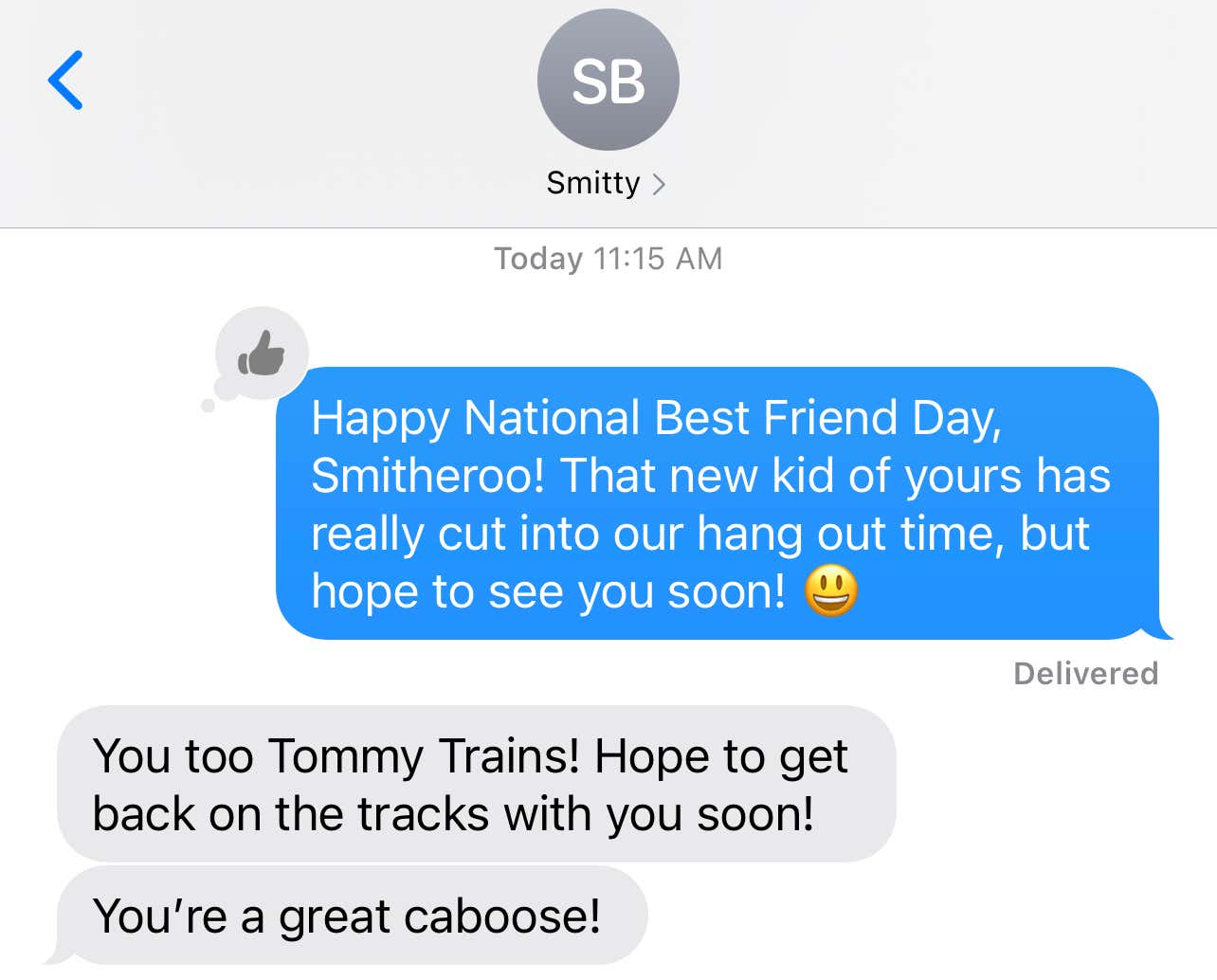 Ever since Smitty had that kid of his, we've barely hung out. Sometimes I think he might like the baby more than me. Bro code violation. 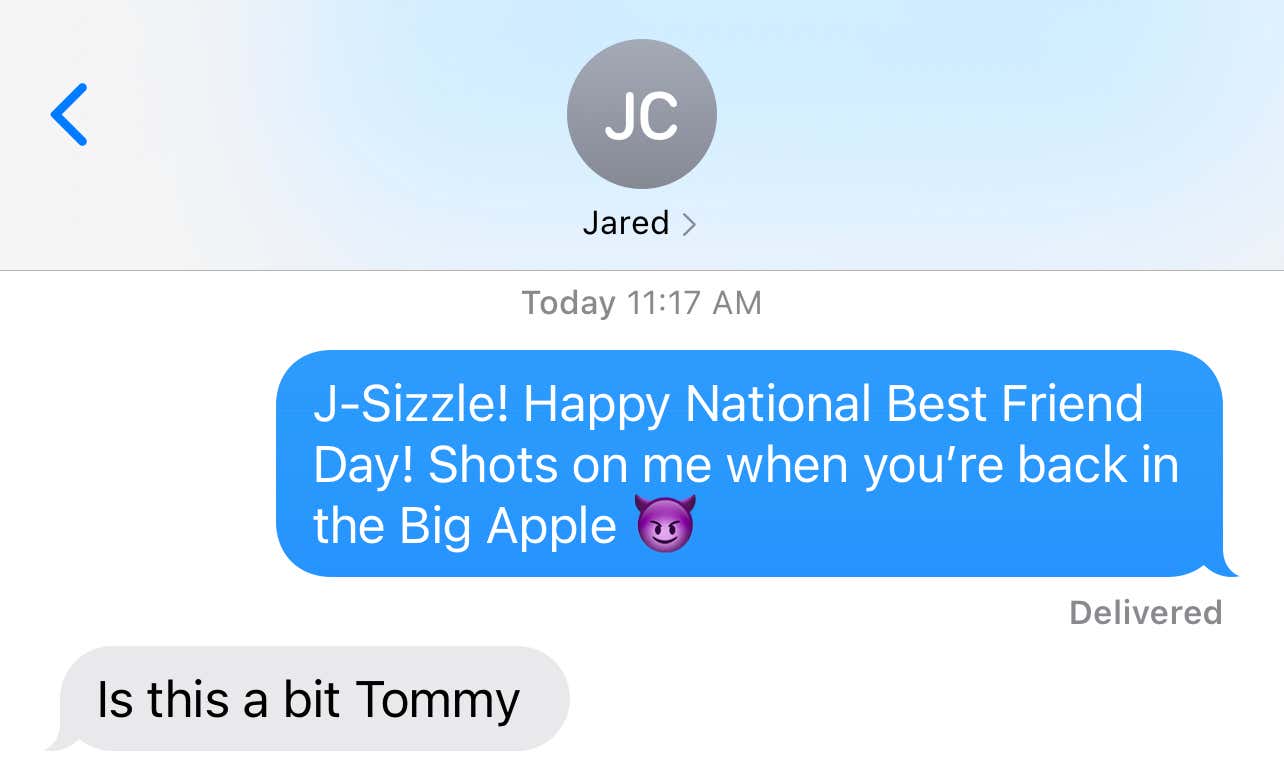 I don't know Jared, are our 19 years of friendship a fucking bit to you? 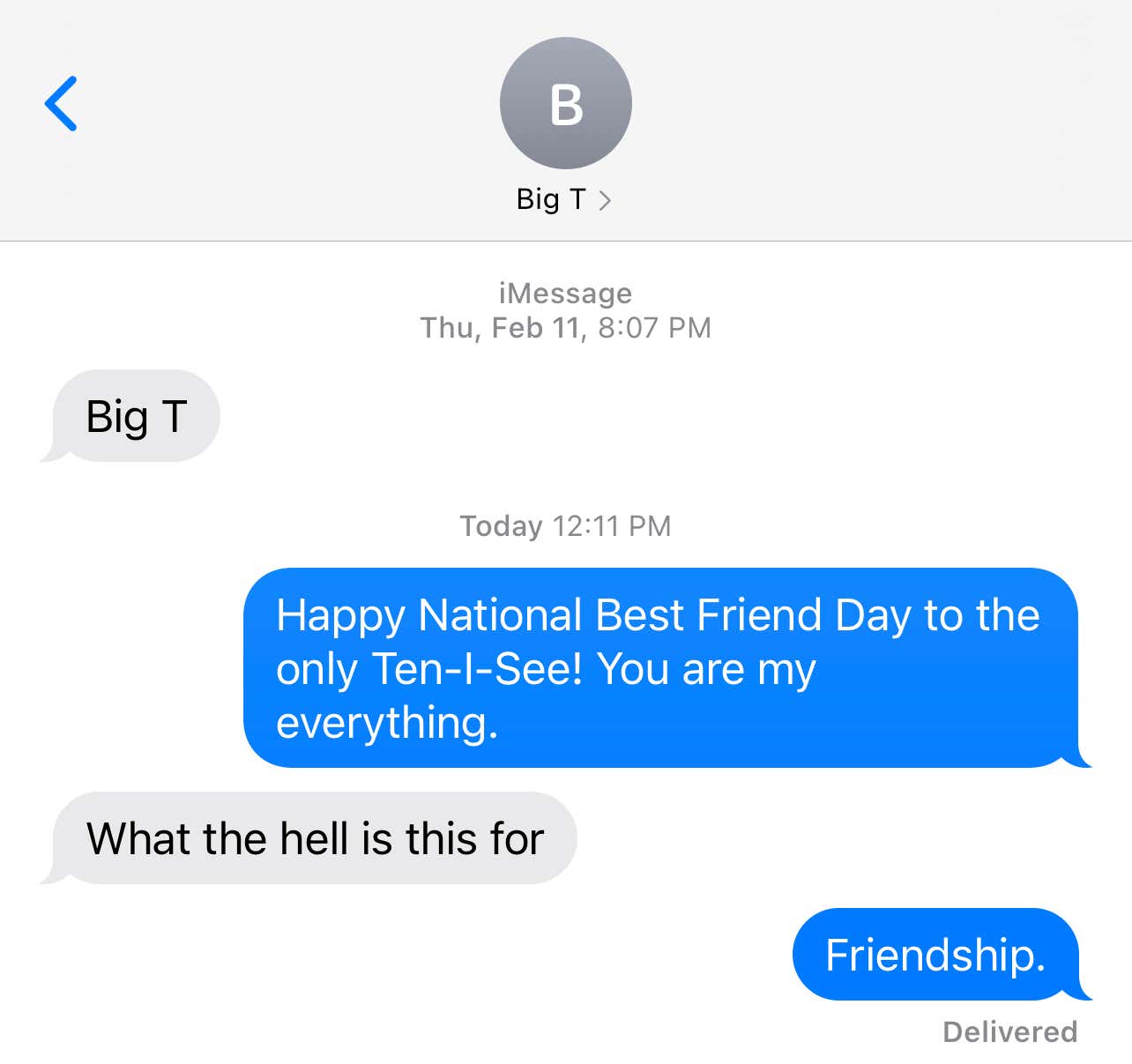 Don't be thrown off by the lack of texting. Big T and I are more the type of friends who have hours long FaceTimes every single night. 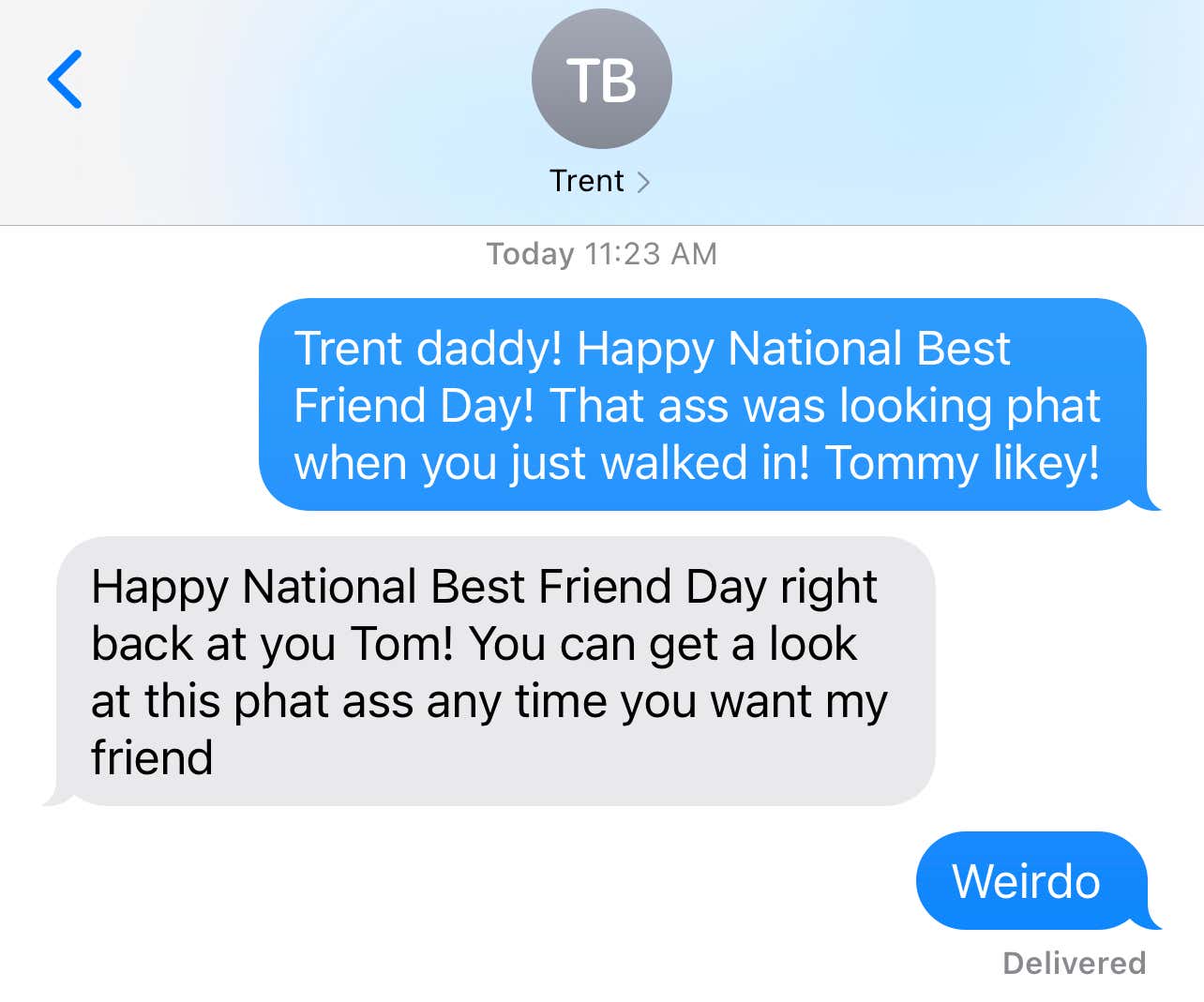 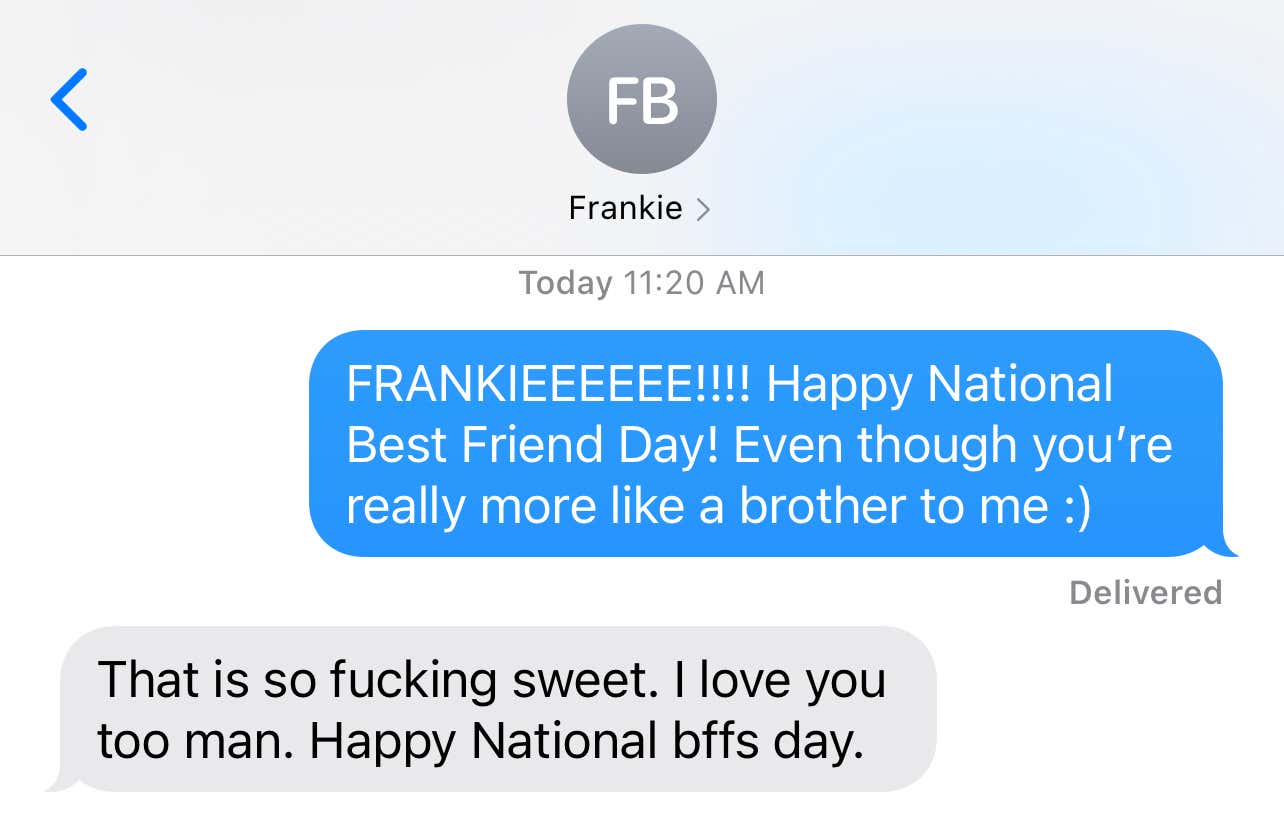 This actually got me a little bit choked up. 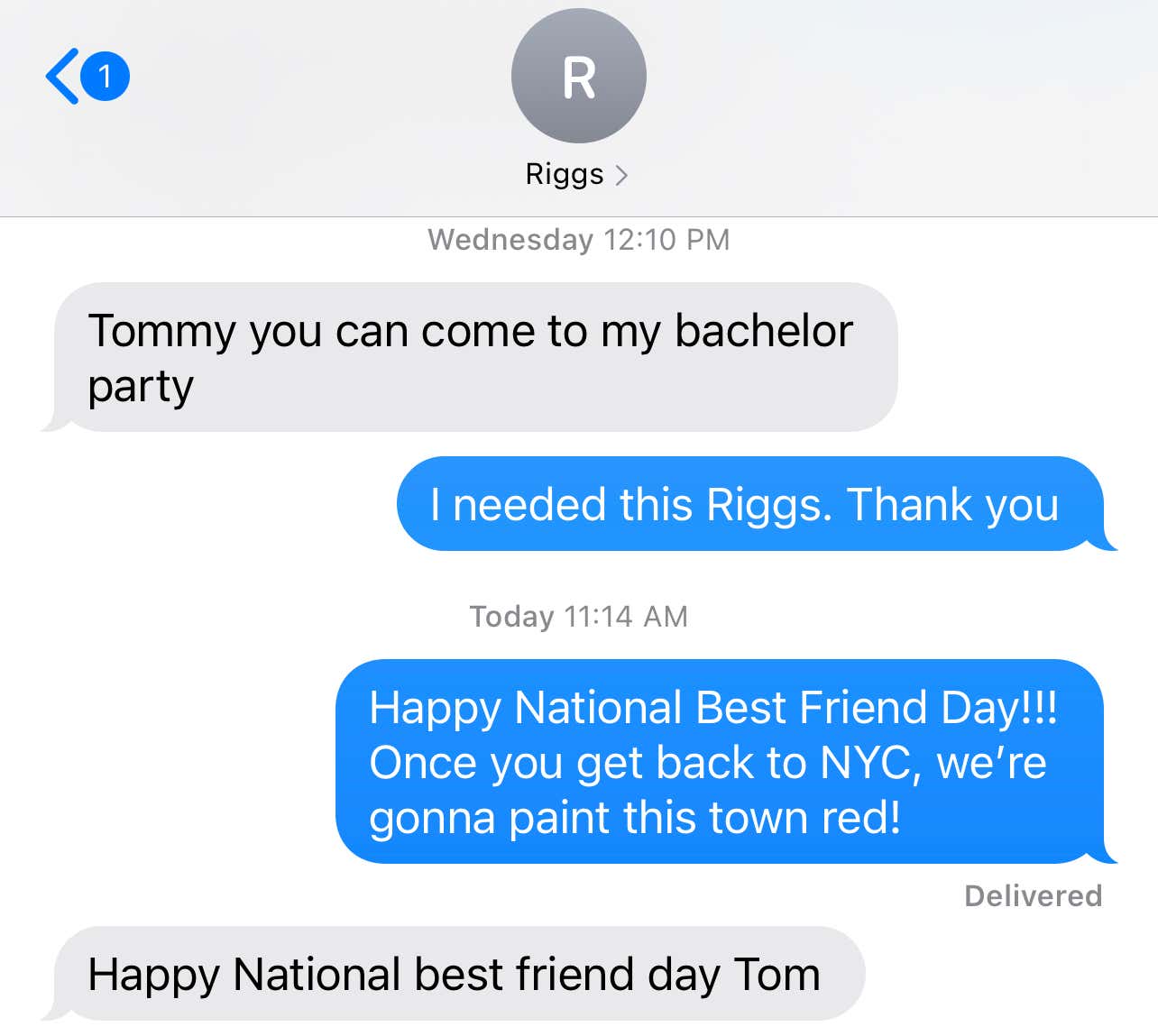 As you can see, Riggs is clearly missing him some Tommy. Texted me that unprompted Wednesday after finding out I wasn't invited to Rone's. I miss that man. 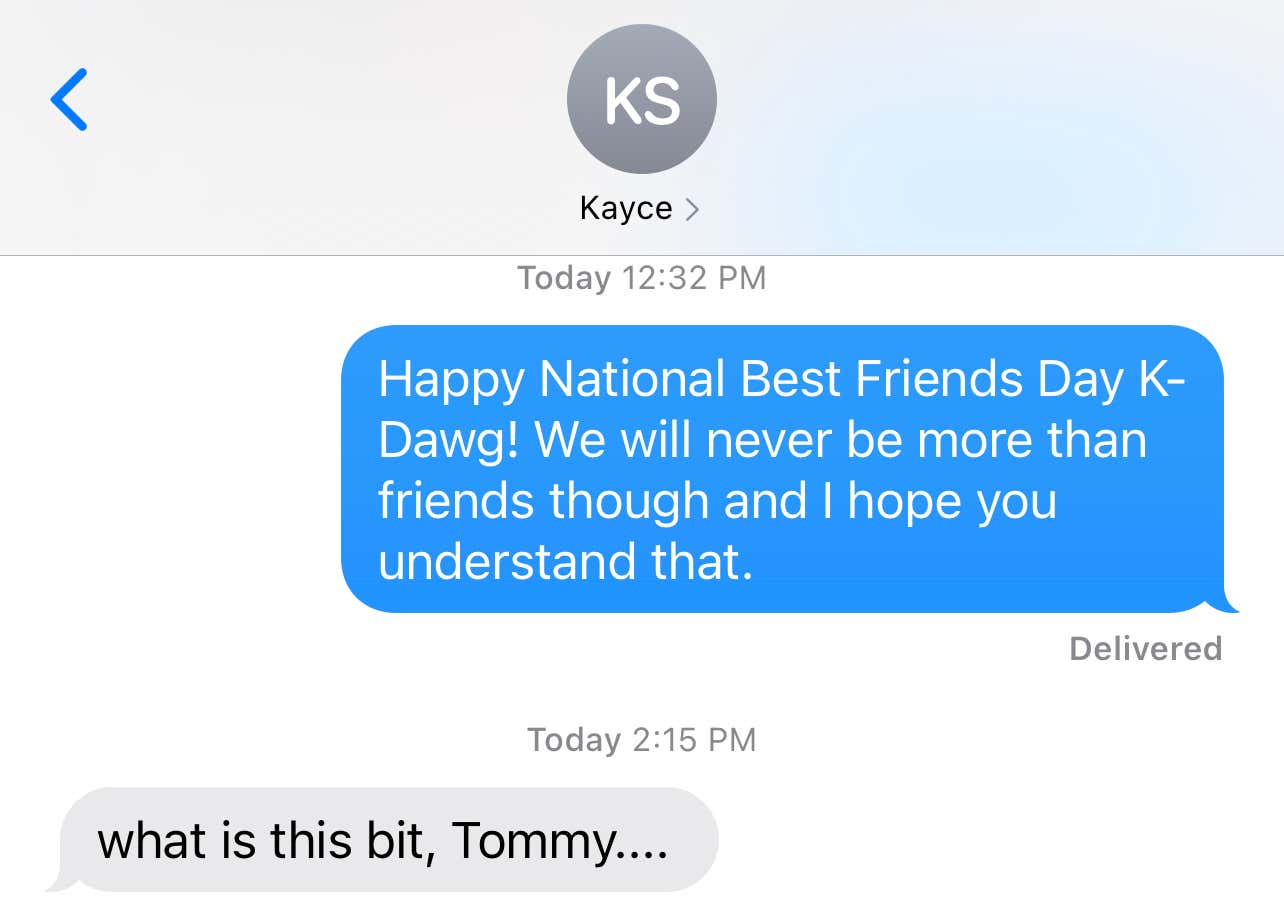 Women HATE being friendzoned. Kayce can't even fathom the reality of it, assuming it must be some sort of a joke. 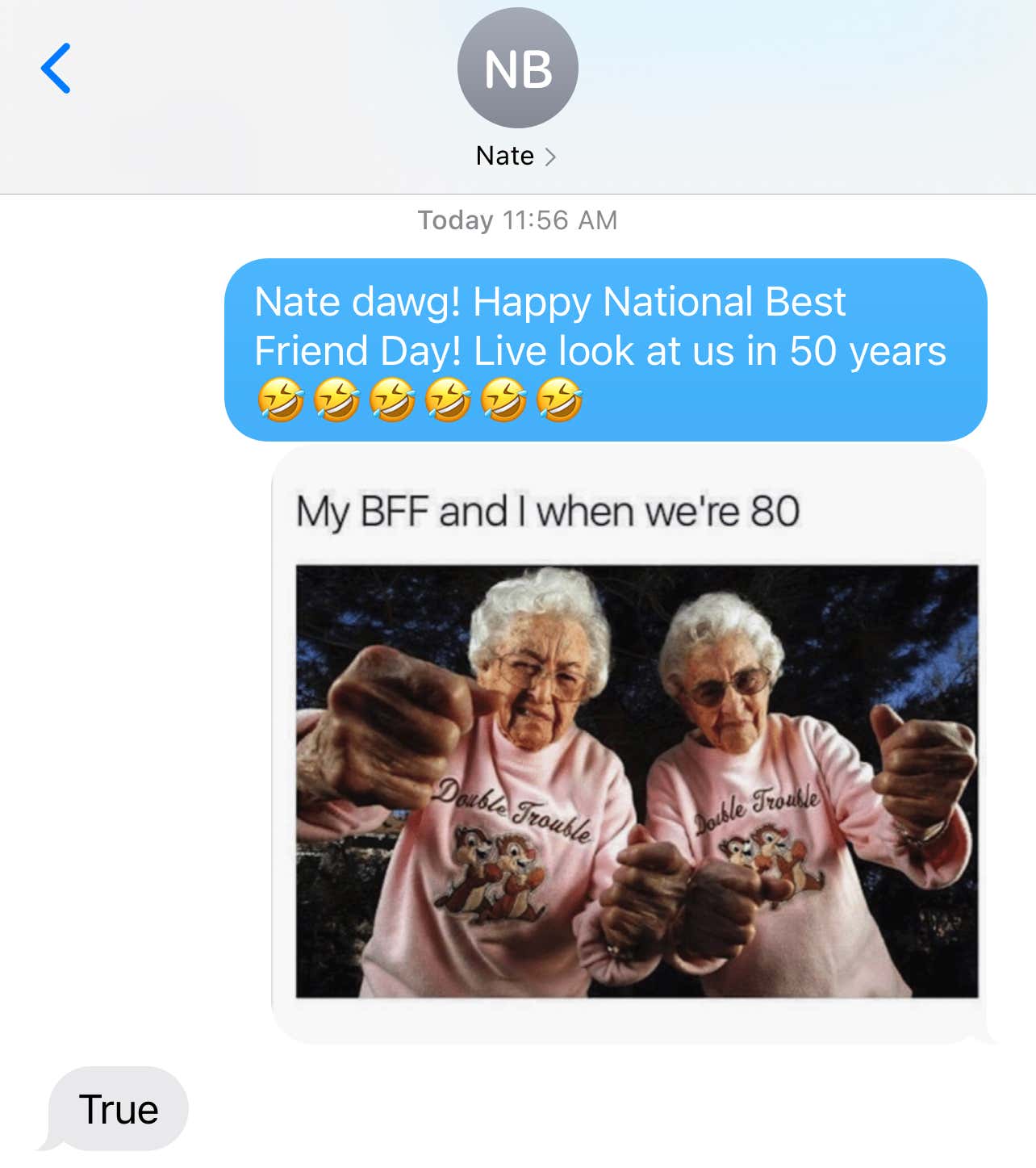 Friends who meme together stay together. 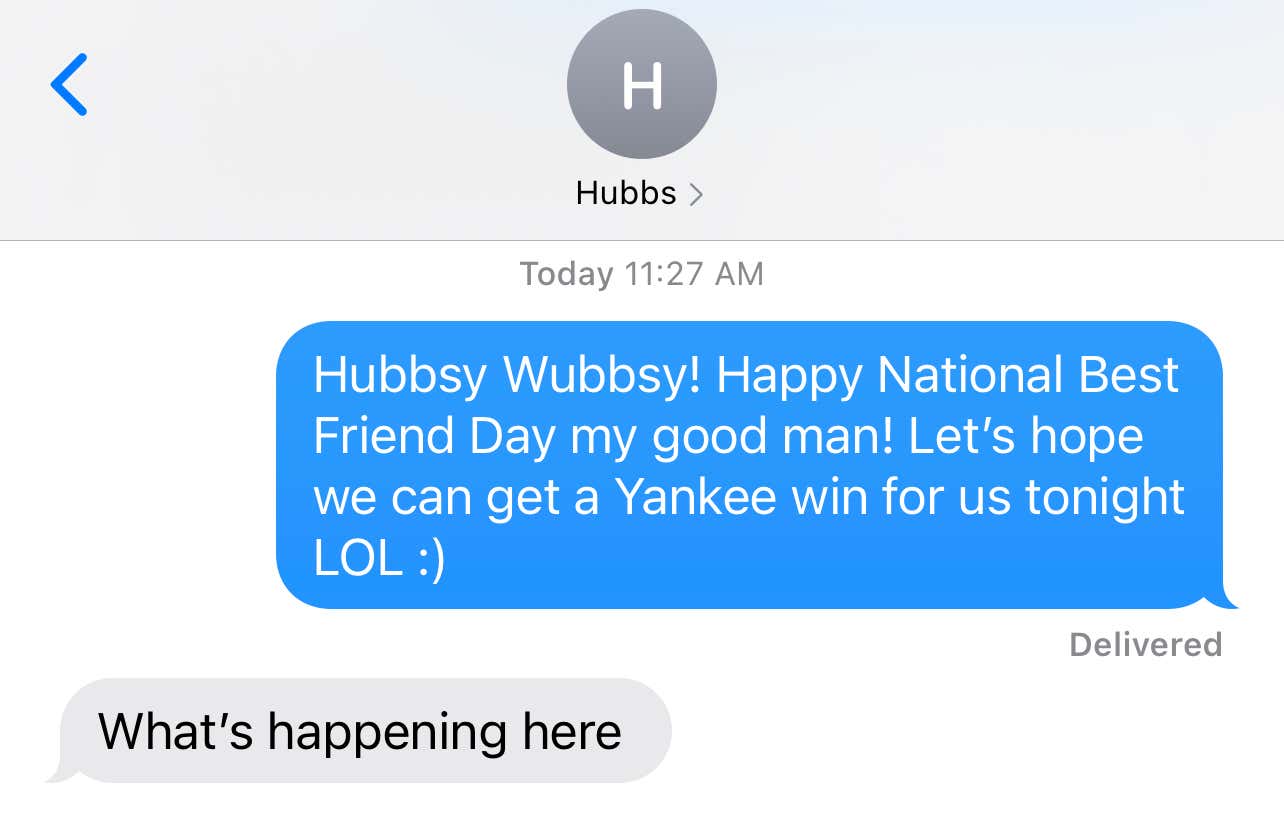 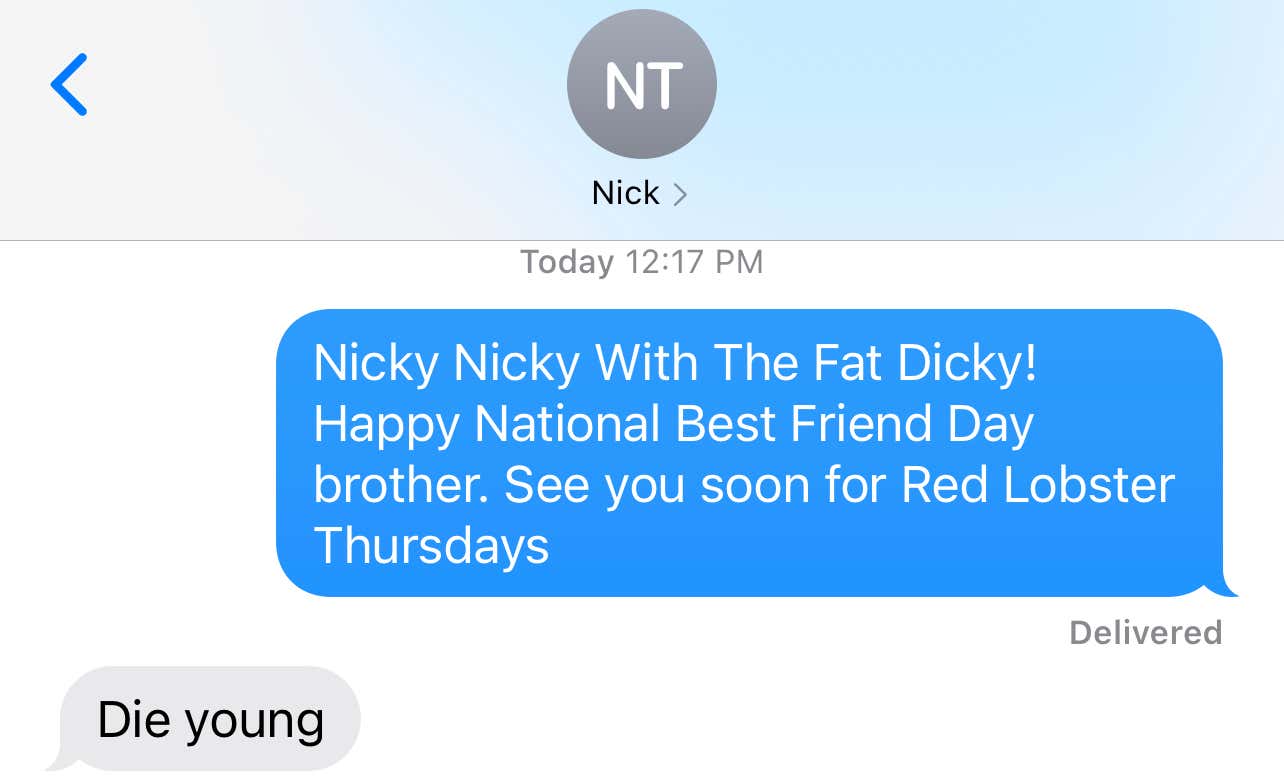 Red Lobster Thursdays are a fun thing where I go to the Red Lobster in Times Square every Thursday and Nick sometimes shows up (once in the last 8 weeks. He was there with other people, but he let me sit at the table next to them). 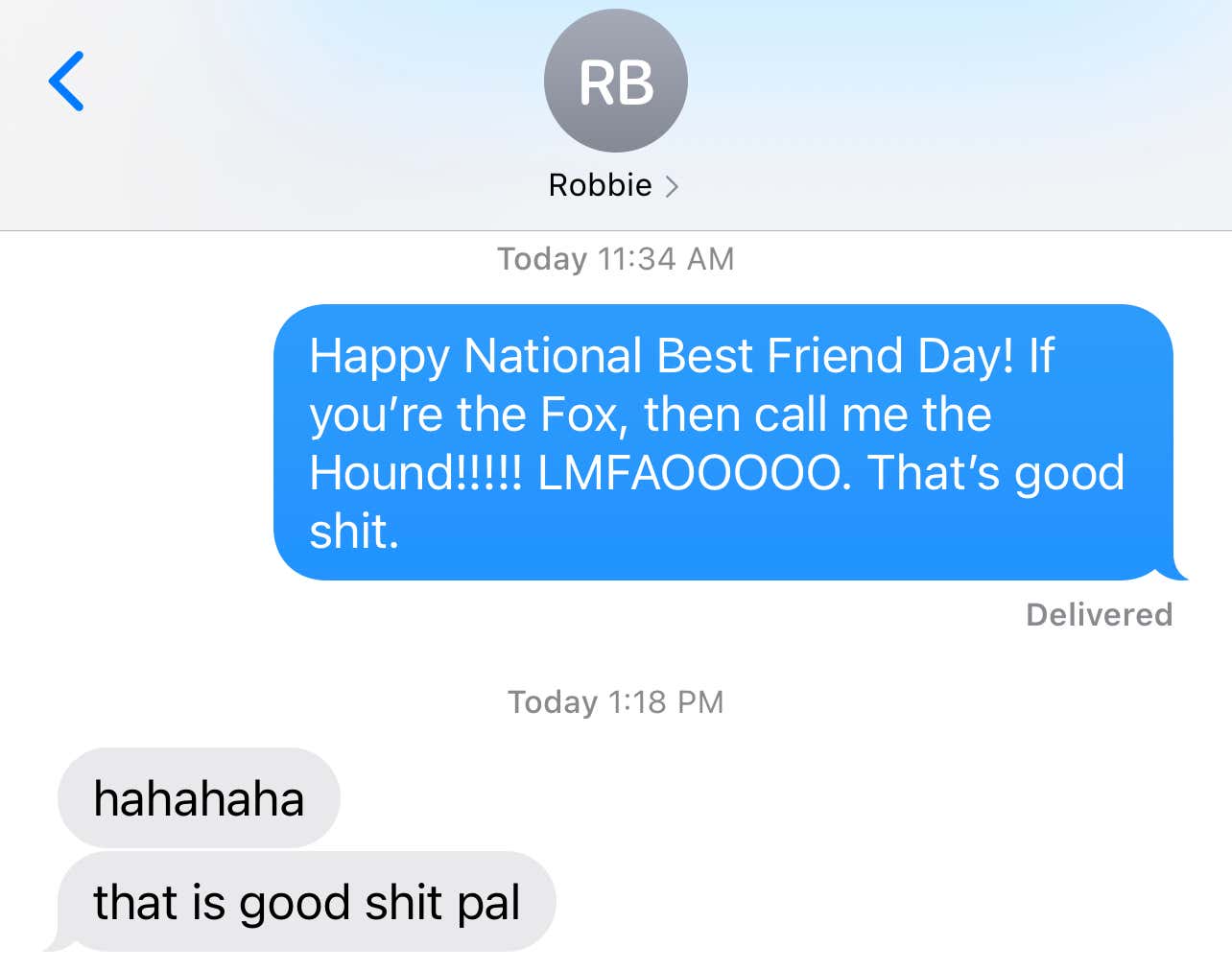 This is inside joke between just us that you guys probably won't understand. 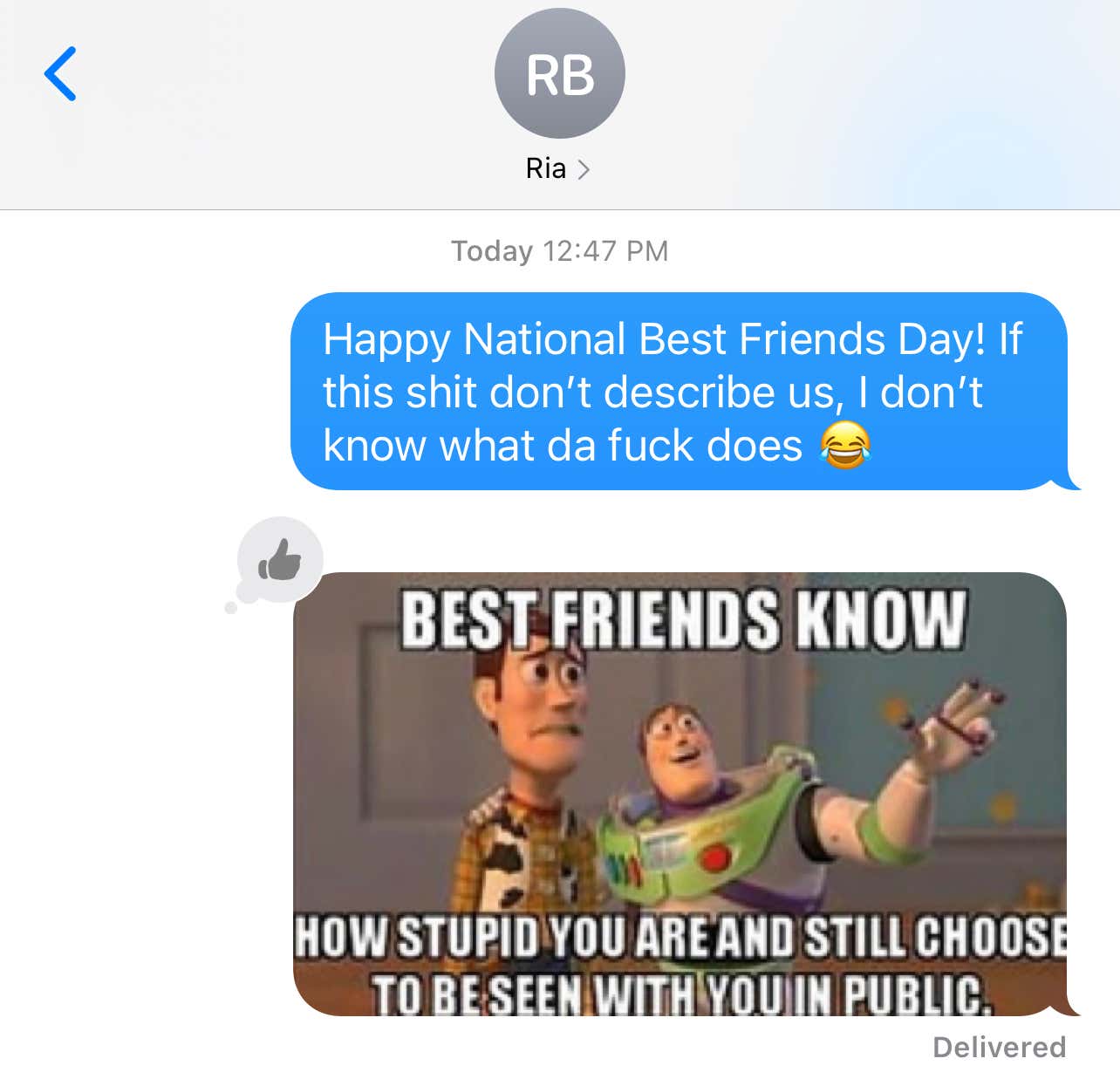 The two of us are always doing dumb dumb shit together in public. But that's just what best friends do. 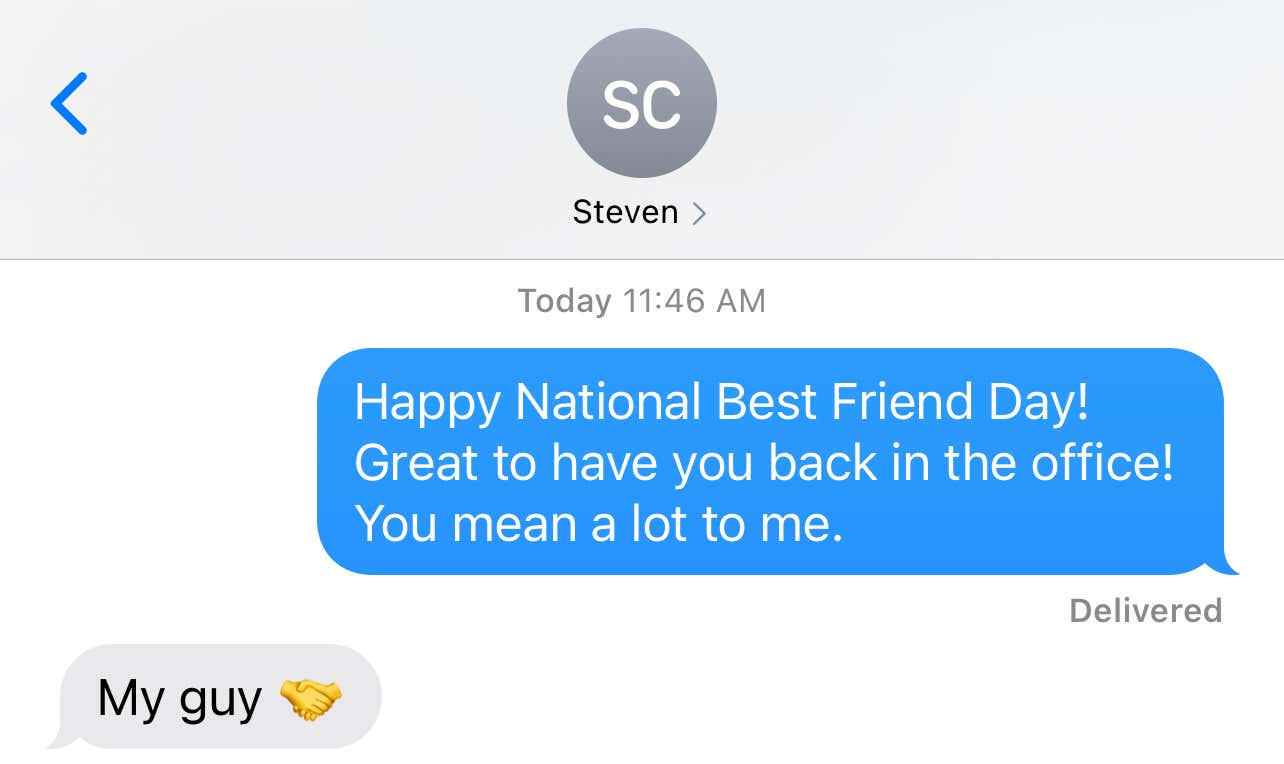 Steven Cheah was absolutely crushed when he found out this was for a blog.

Those were all the responses, but I texted a bunch of other people who decided NOT to respond. LMFAO. It's a funny thing my friends do sometimes where they don't respond to my texts. Epic. 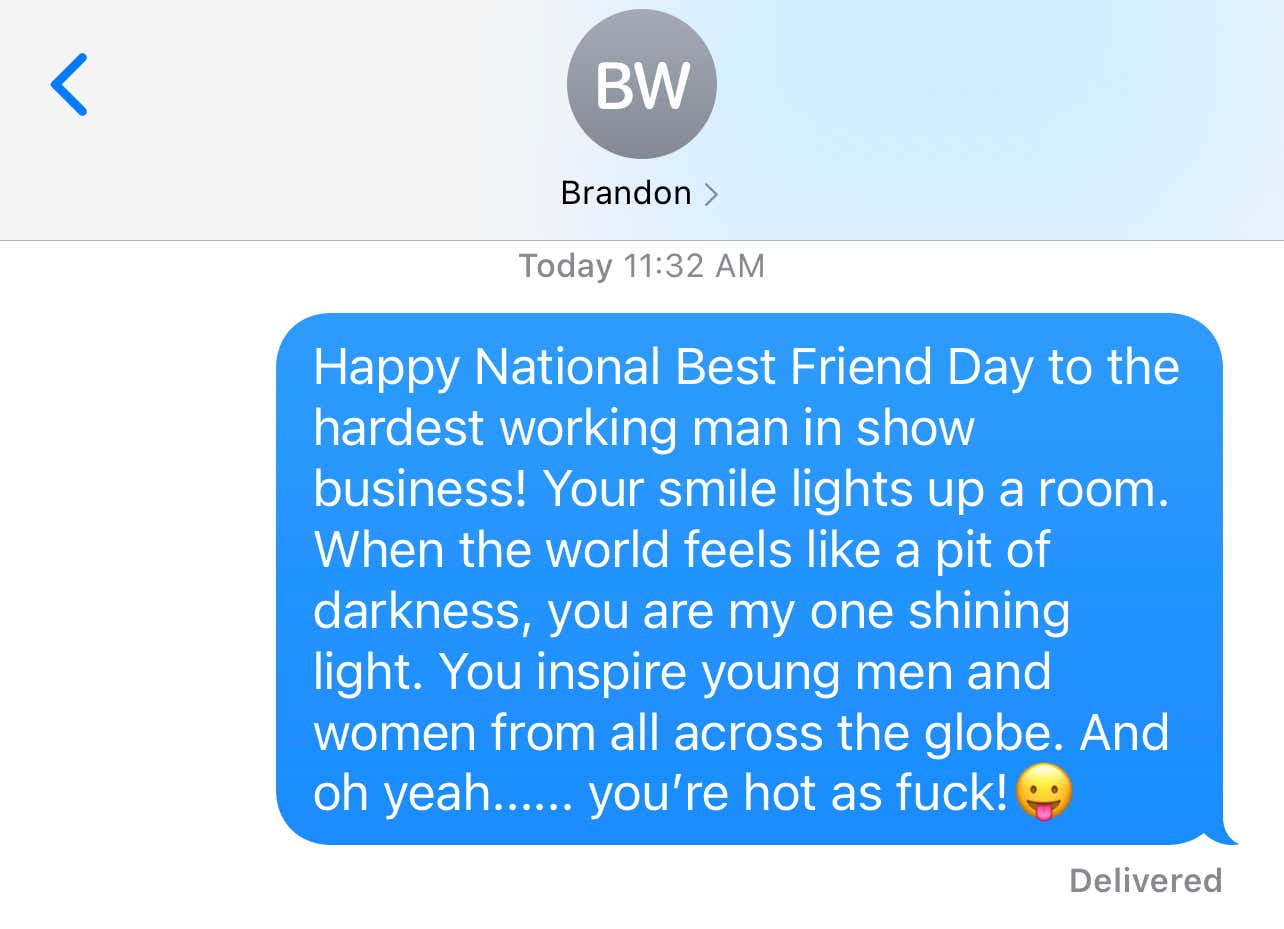 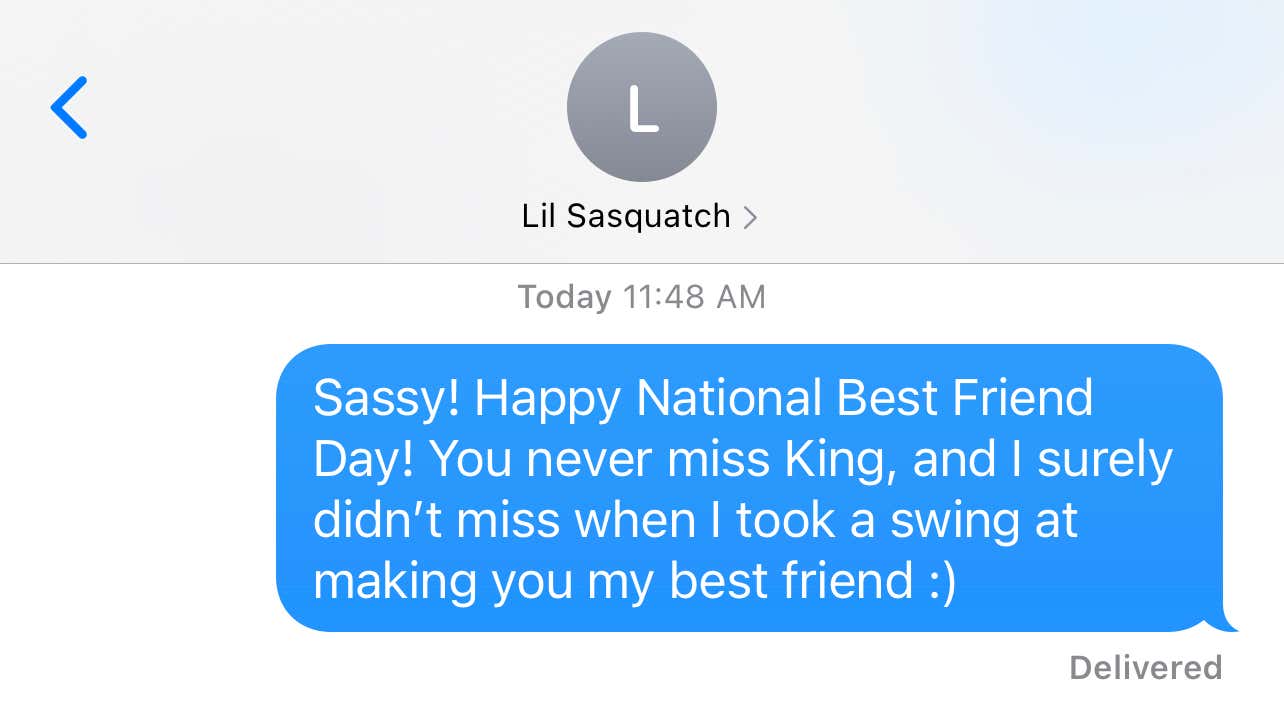 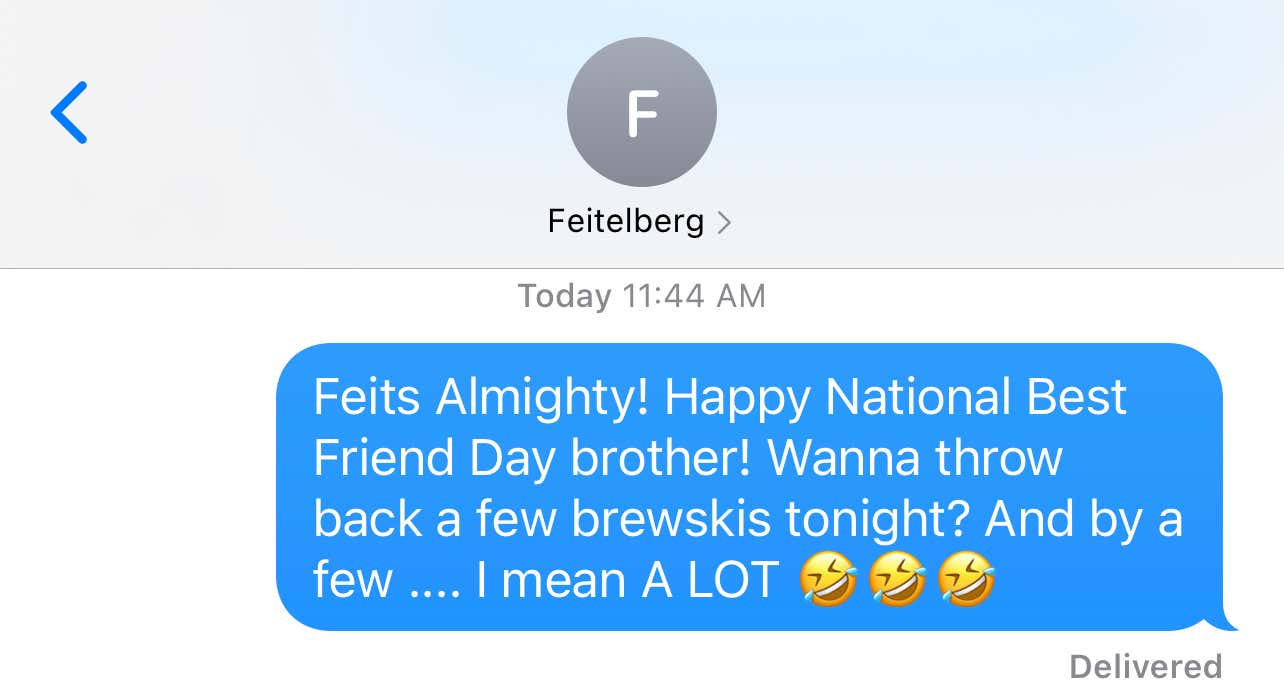 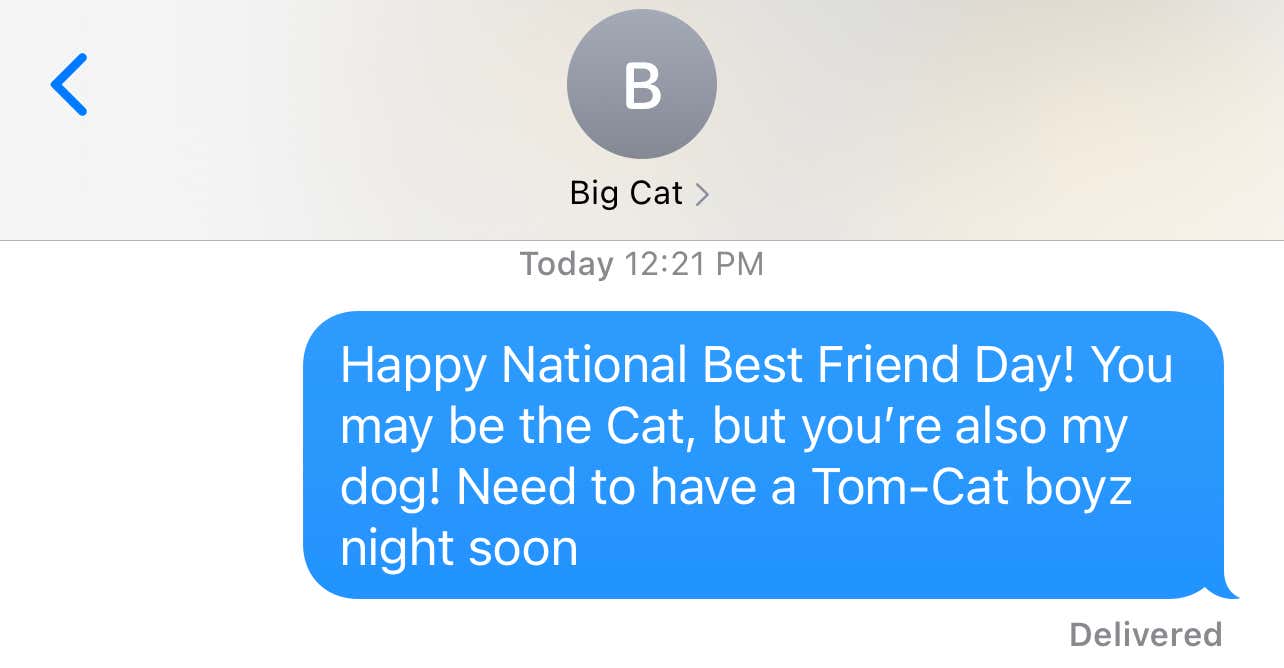 And last but certainly not least.. 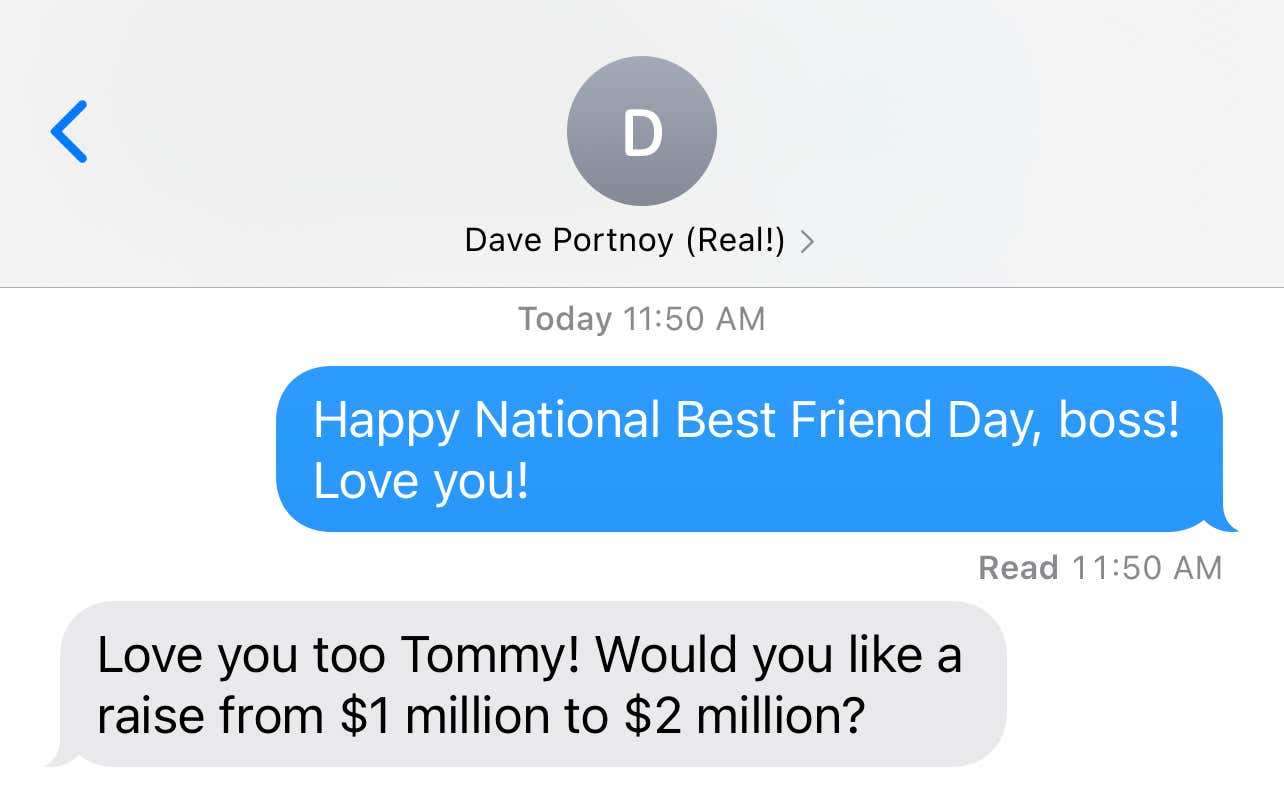