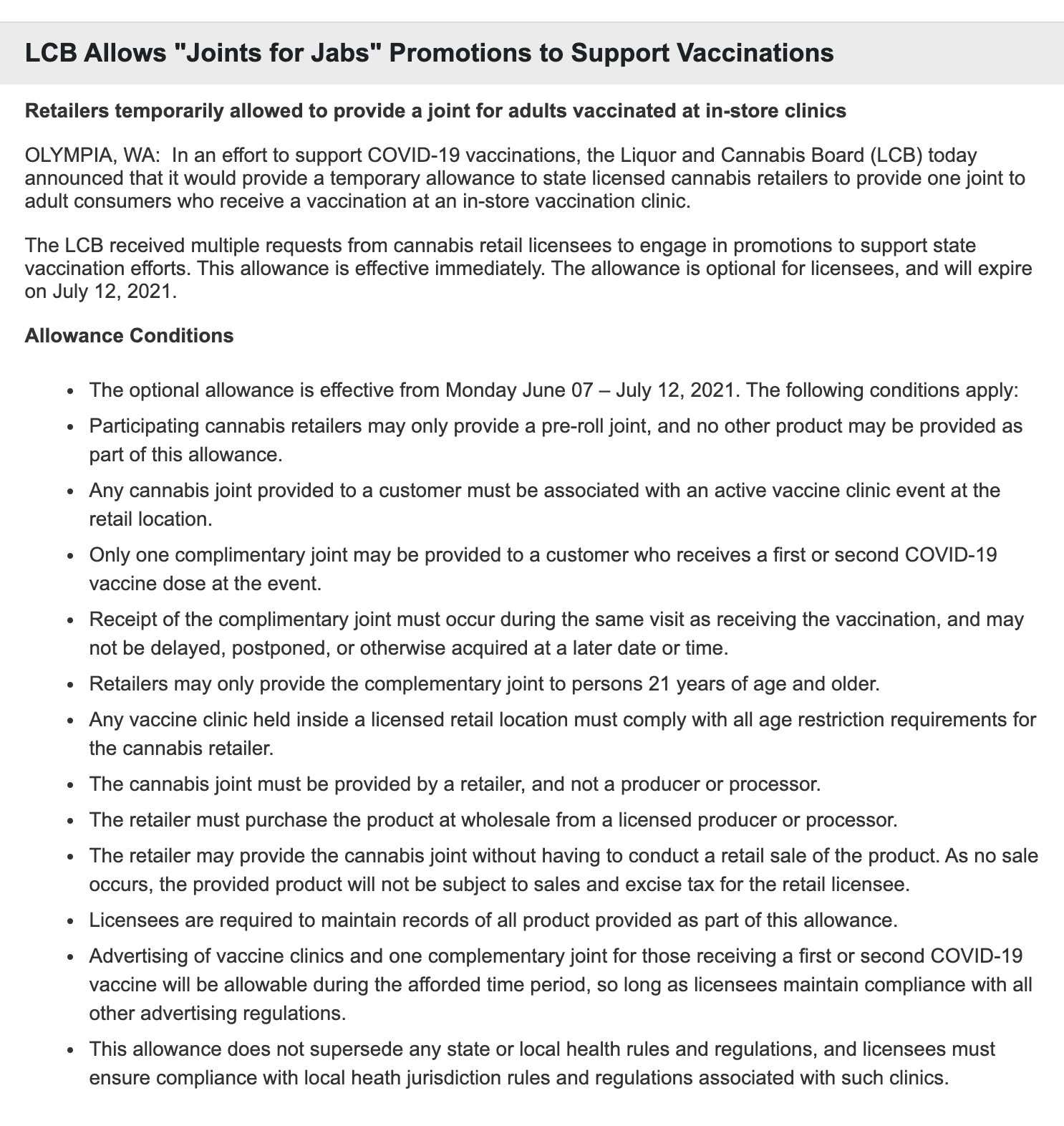 I'm not in a particularly good mood today, so I'm just going to start with the definition of a Schedule I drug via the DEA.

Schedule I drugs, substances, or chemicals are defined as drugs with no currently accepted medical use and a high potential for abuse. Some examples of Schedule I drugs are:

Pardon my confusion but what the fuck are we even doing anymore? You want people to trust the government that is giving away what the same government describes as a HIGHLY ADDICTIVE substance for a vaccine people don't trust? Do I have that right? Is there still any fucking confusion why people don't trust you? It's almost like the decades of misinformation quietly getting crumpled up and tossed into the trash bin wasn't so fucking quiet. That's not an old definition, by the way. That's current. I don't care how many states have dispensaries, it doesn't matter how many sweet old grandmas are discovering marijuana for the first time to help take the edge off their chemo treatment, the feds still view marijuana and HEROIN as two birds of a feather. The DEA looks at a bag of pale horse and some brick weed and can't differentiate between them like the Morris twins. But we got a whole state giving joints away as an incentive to get vaccinated. That makes sense.

This is no longer the early stages of vaccine distribution, either, so a good percentage of these people likely already have some level of skepticism towards the moderna and pfizer jabs. Just give me a fucking lollipop like when I was four and don't insult me with this bullshit. These jackasses think so lowly of us that they think we can't see their blatant hypocrisy. According to Forbes, there are roughly 40,000 Americans currently incarcerated for marijuana related offenses. And yet Washington can give this shit away for free just because people justifiably don't trust anyone in power. Either it's illegal and dangerous and people should be in prison OR it's so harmless you can give it away for free on the streets just for doing one (1) public service. There's no grey area here, those are the options. And considering this passed with little pushback and recreational legalization keeps passing state-by-state you'd think it would be out of Schedule I by now. Weird how that hasn't happened. It's almost like they keep it there just in case they want to lock up anyone darker than a manilla envelope.

Personally I think they should stop being such goddamn cowards and have a wheel with all the Schedule I drugs on it. You get jabbed, you get a spin, whatever drug the wheel lands on is the goodie bag you get to take home with you. You land on the ecstasy chunk and they send you home with some Yellow Stars and a fuzzy blanket you can rub up against like a cat. The heroin slab? Buddy,,, here's another needle, a new spoon, and Pink Floyd's greatest hits. You land on the LSD tab and Bill Walton personally drops some white rabbit on your tongue and talks to you about the universe for the next 14 hours. I want a drug that will make me see God so I can personally yell at him for his 2,000 year run of fuck up after fuck up. Until then I'm gonna sit and bitch about the stupid fucking invalids we have in charge.