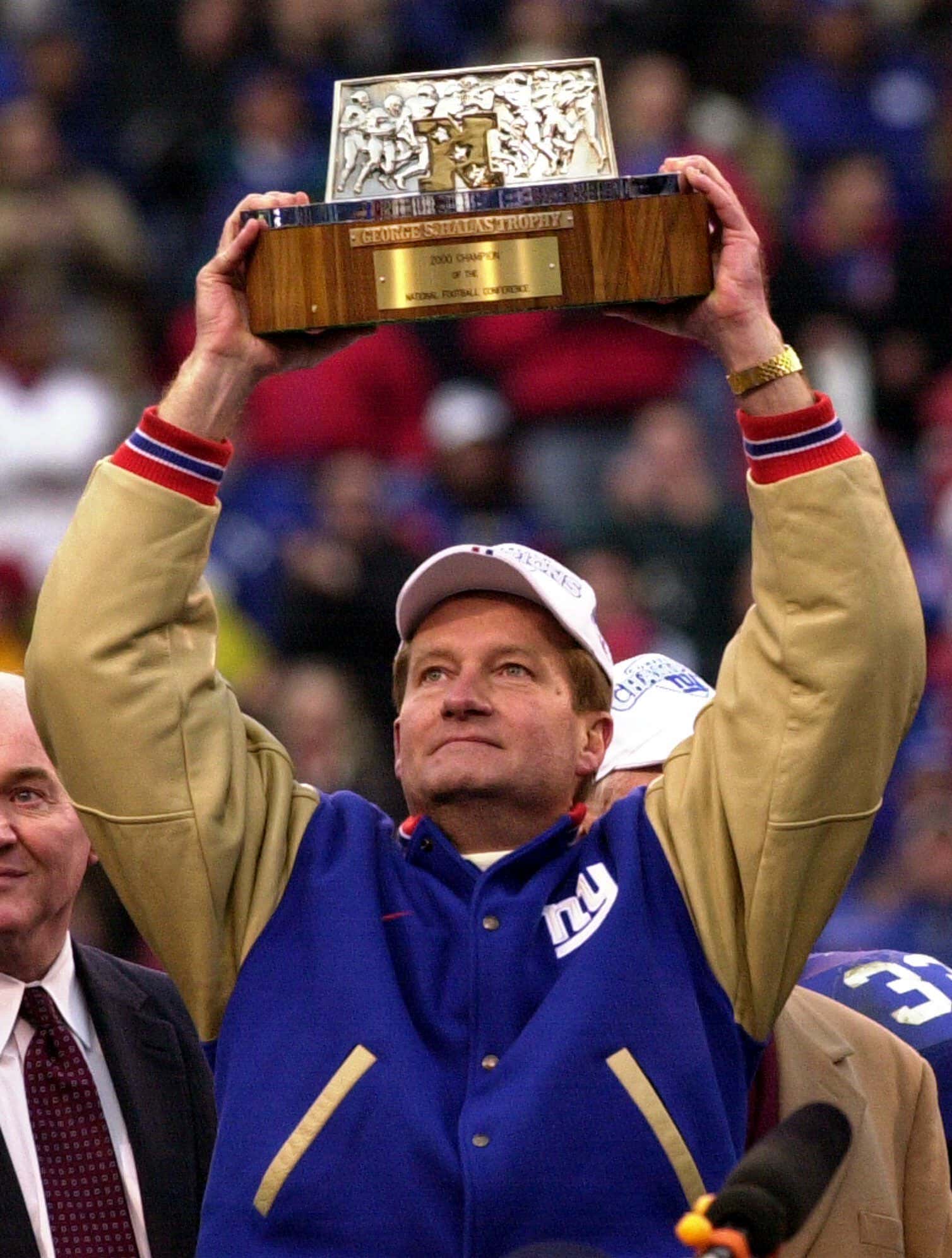 LA Times- Jim Fassel, a longtime NFL offensive coach who was the league’s coach of the year in 1997, has died. He was 71. Fassel’s son, John, confirmed his father’s death to the Los Angeles Times on Monday night, saying he got the news during a phone call in the afternoon. John Fassel formerly was the Rams’ special teams coach and briefly served as the team’s interim head coach.

Jim Fassel, who lived in Las Vegas, suffered chest pains Monday and was taken to a local hospital by a friend. He died of a heart attack while under sedation, his son said. The entire family has since convened in Las Vegas. Jim Fassel was coach of the New York Giants from 1997 to 2003. He is one of three coaches to lead the Giants to the Super Bowl. His team lost to the Baltimore Ravens in Super Bowl XXXV at the end of the 2000 season.

Sad news to wake up to today with the passing of Jim Fassel. When I first started consistently watching the Giants in the early 90s, they were an uneven mess that made the playoffs once after Bill Parcells resigned abruptly following Super Bowl XXV. Fassel came in before the 1997 season and promptly won Coach of the Year on his way to taking the Giants to the playoffs. A few years later he got them to the Super Bowl against the Ravens after dropping an all-time nuts on the table speech after a tough loss to the Lions, who were the Lions even back in 2000.

I am still angry about the ref having the unmitigated gall to call defensive holding on Keith Hamilton that brought back the Jesse Armstead pick 6 in a Super Bowl that quickly got away from the Giants. I don't know if the Giants would have won that game against a complete juggernaut Ravens defense, but it definitely would've changed the entire vibe of the Big Game™ and at least given them a chance. On a more positive note, any Big Blue fan who remembers the 41-0 beatdown of the Vikings in the NFC Championship Game has that blowout somewhere in their favorite Giants memories since Giants Stadium was going BANANAS celebrating the G-Men going to the Super Bowl well before the game was over.

Tom Coughlin may have been the coach that led the Giants back to the throne of the NFL. But Jim Fassel brought them back to prominence, which should never be overlooked. I never understood why he got another shot coaching in the NFL considering what he did with the Giants but I’m thrilled we had him when we did. RIP.