The primary reason I was down in New Orleans was to be a food judge alongside Willie and Ben Mintz at an event called HOGSFEST.

HOGSFEST is an annual event thrown by an organization called Hogs For The Cause which is a wonderful group of men and women who raise MILLIONS OF DOLLARS ANNUALLY to help families dealing with Pediatric Brain Cancer.

Pediatric Brain Cancer is the leading terminal cancer in children in the US and I can't think of a more noble cause to support.

Anyhoo... These guys support the cause in numerous ways, but their biggest fundraiser is a Music and BBQ festival called "HOGSFEST" that brings together some of the best musicians and the best chefs and drowns them in alcohol for 2 straight days.

I was honored to be a VERY small part of the festival this year, and I thank Ben Mintz for extending the invite.

Since it's my job, I tried to post some pics from the festival in real-time in order to show Dave that I was "kinda" working... Or at least I was taking part in a trip that will generate 5 or 6 blogs (between Mintzy and me), 1 or 2 Twisted History podcasts (New Orleans and WWII), and a lengthy recap video that will drop at the end of the week.

The social media posts were aimed at showing my followers the food and the people at the festival.

Here's an example of a benign posting that I threw up in order to give props to the organizers of this great event...

And somehow nearly everyone's attention ignored nearly everything else that was going on in the periphery and concentrated on 1 thing... Well... Two things actually. 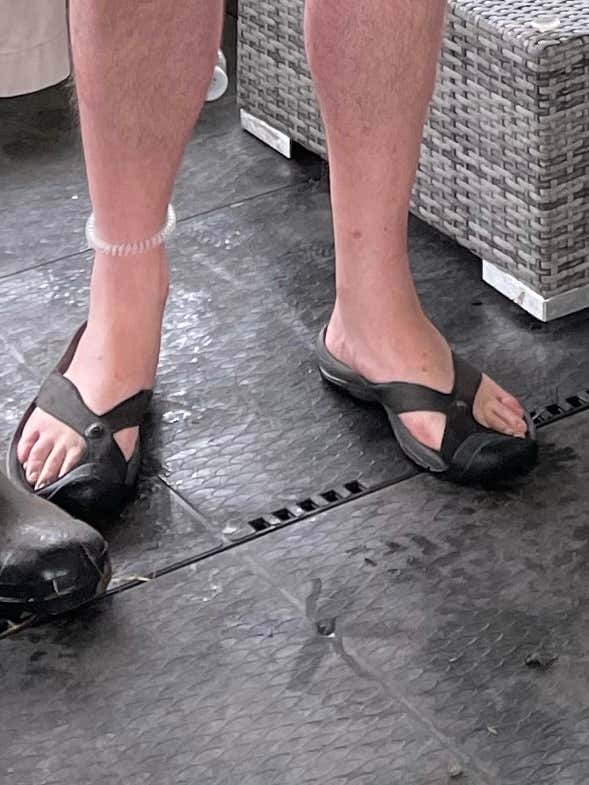 I didn't get a chance to keep up with comments after posting multiple shots of me innocently eating and drinking while wearing those same sandals in The Big Easy because I was too busy with the aforementioned eating and drinking.  But when I got home that night and spent an hour and fifteen minutes on the hotel toilet, I got wind of more than partially digested BBQ and bourbon…

I also posted a picture of me "feeling up" my wife in the middle of a muddy field, and again, 90% of the comments did not acknowledge the tit in my hand (which may have been grabbed without consent), concentrating instead on the rubber that covered my big toes. 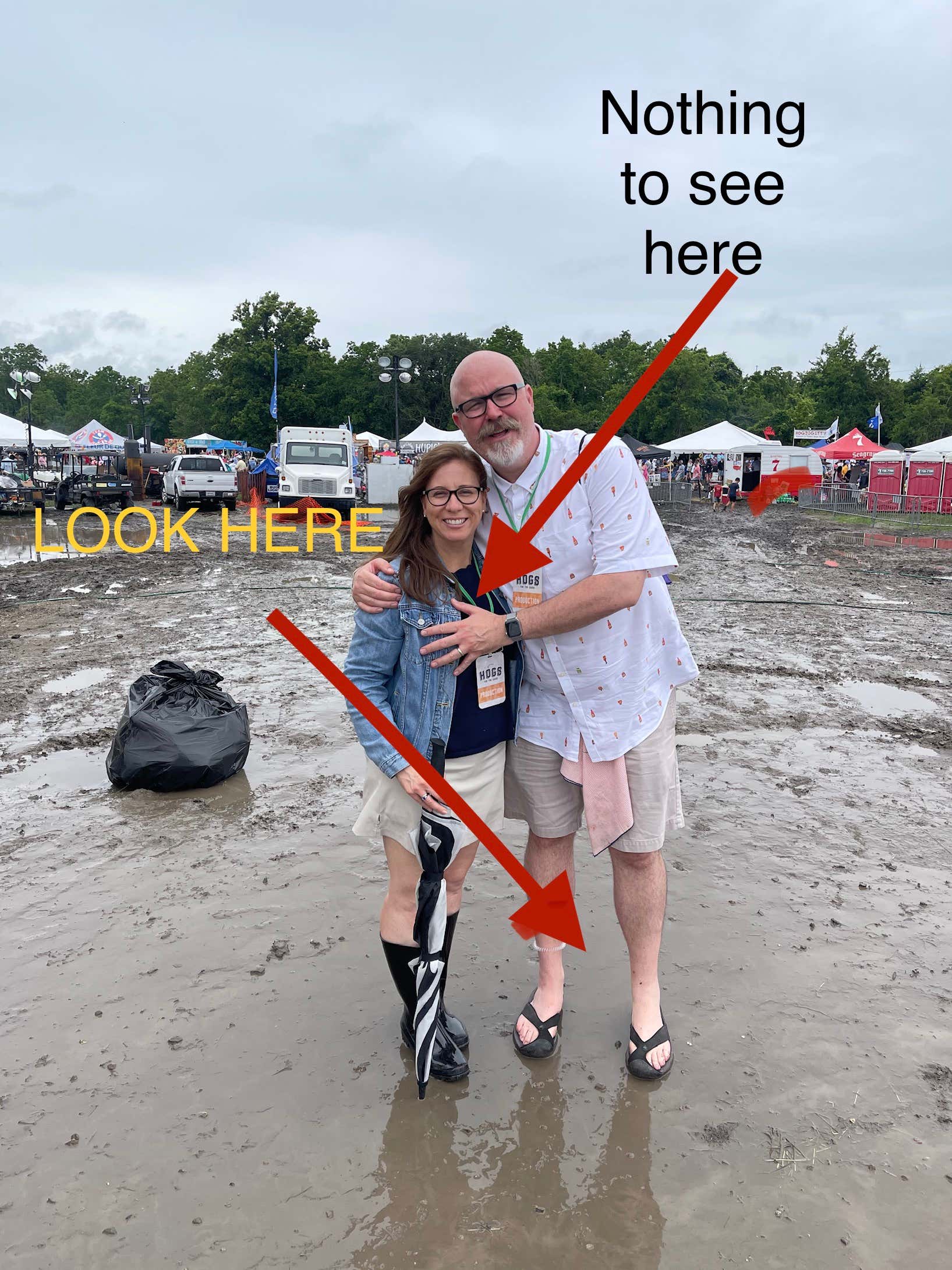 Are my sandals that bad?

I panicked and answered some of the comments by saying the sandals were made specifically for gout sufferers, but that is not the truth at all.

They certainly protect my left big toe better than any other open-toed sandal, but if I had a gout flare-up, I couldn't rest a Kleenex on that toe, much less a rubber toe cap.

I just like the way they look, and the added protection does prevent toe stubs, even on non-gout days.

I have to be honest. I like them so much, I own 3 pairs… Just in case they ever go out of production.

So what say you?

OPTION 1- Are the KEENS Waimea H2 Sandals the worst thing you can wear on your feet?

Option 2- Is this another case of people practicing "unnecessary forensic photography" on Social Media and have you, my dear reader, been waiting for just over 800 words for me to drop the link so you can cop a pair also?

Or just hold off until I see if I can get them in the Barstool Store.

Either way, enjoy and take a report.