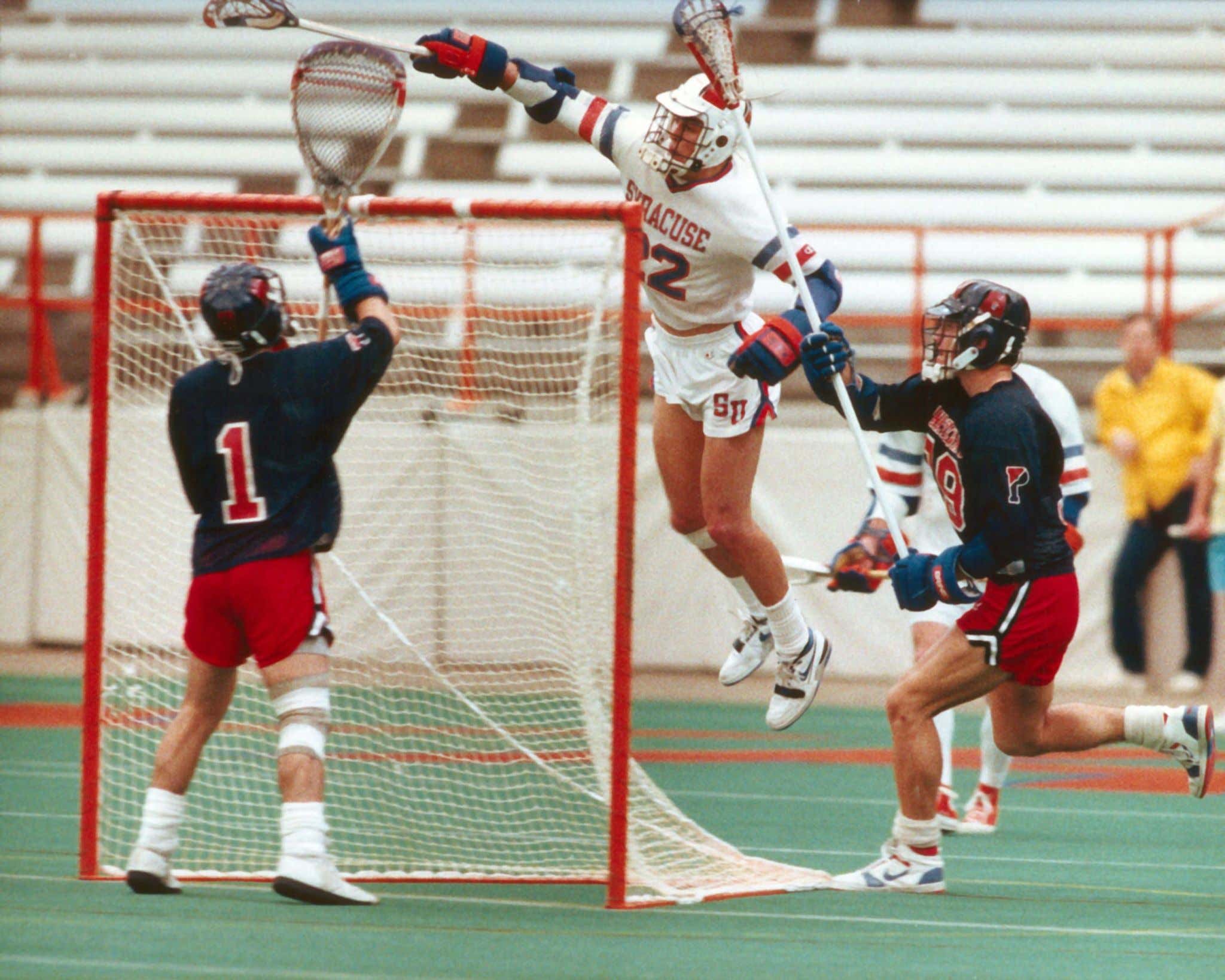 Okay so first up, a couple of things.

1) Congratulations to John Desko on an unbelievable career at Cuse. 5 Natty titles as the head coach. In his first 11 seasons as the head coach in Syracuse he won 5 titles, played in the National Championship game 7 times, and made it to Championship Weekend 9 times. He coached Mikey Powell to 2 Tewaaraton awards and Mike Leveille to 1. Unfortunately this past season was a bit of a disaster in every sense of the word for Cuse so his career came to a…tumultuous end. But what he was able to do for that program was insane.

2) Congratulations to Gary Gait on an unbelievable career as the head coach of the Syracuse women's lacrosse team. He took the team to 8 Final Four appearances since taking over in 2008. Unfortunately they haven't been able to win that final game of the season yet but 8 trips to championship weekend in 13 full seasons is wild.

But now it looks like Gary Gait is crossing the hallway and taking over to be the 5th head coach in the program's history. And he's already lining up a full blown Avengers squad of a staff.

Live look at Syracuse lacrosse for the next 25 years:

Now just in case there's anybody reading this blog right now who is unfamiliar, Gary Gait is the Wayne Gretzky of lacrosse. He will be in every GOAT discussion from now until the end of time. He was a 4x All-American at Syracuse. He won 3 National titles as a player. Was the player of the year twice. A 6x MVP in the NLL. A 3x NLL Champion. A 3x champion in the MLL. An MLL MVP. And won a World Lacrosse Championship with Team Canada in 2006. I'm fairly certain he's the only player to ever win an NCAA National Championship, NCAA Player of the Year, NLL Championship, NLL MVP, MLL Championship, MLL MVP, and a World Championship. A few guys have gotten close before like Casey Powell and Paul Rabil, but I think Gary Gait is still the only one to do all of that (Rabil is just missing an NLL MVP). So yeah, 22 in lacrosse is what Gretzky made 99 to hockey.

And now that he's going to be taking over the men's program? And now that Cuse already has the #1 recruit in the class of 2022 already locked up? We're on DEFCON 1 for Dynasty Watch. Big time Saban to Bama vibes here, but only if Saban won 3 titles and 2 Heismans as a player at Alabama.

P.S. -- If Gary really wants to land every single recruit he ever calls, he needs to get  Mikey Powell on staff. It doesn't even need to be in any sort of official capacity as an offensive coordinator or anything like that. Just have him around the team as the director of steeze.