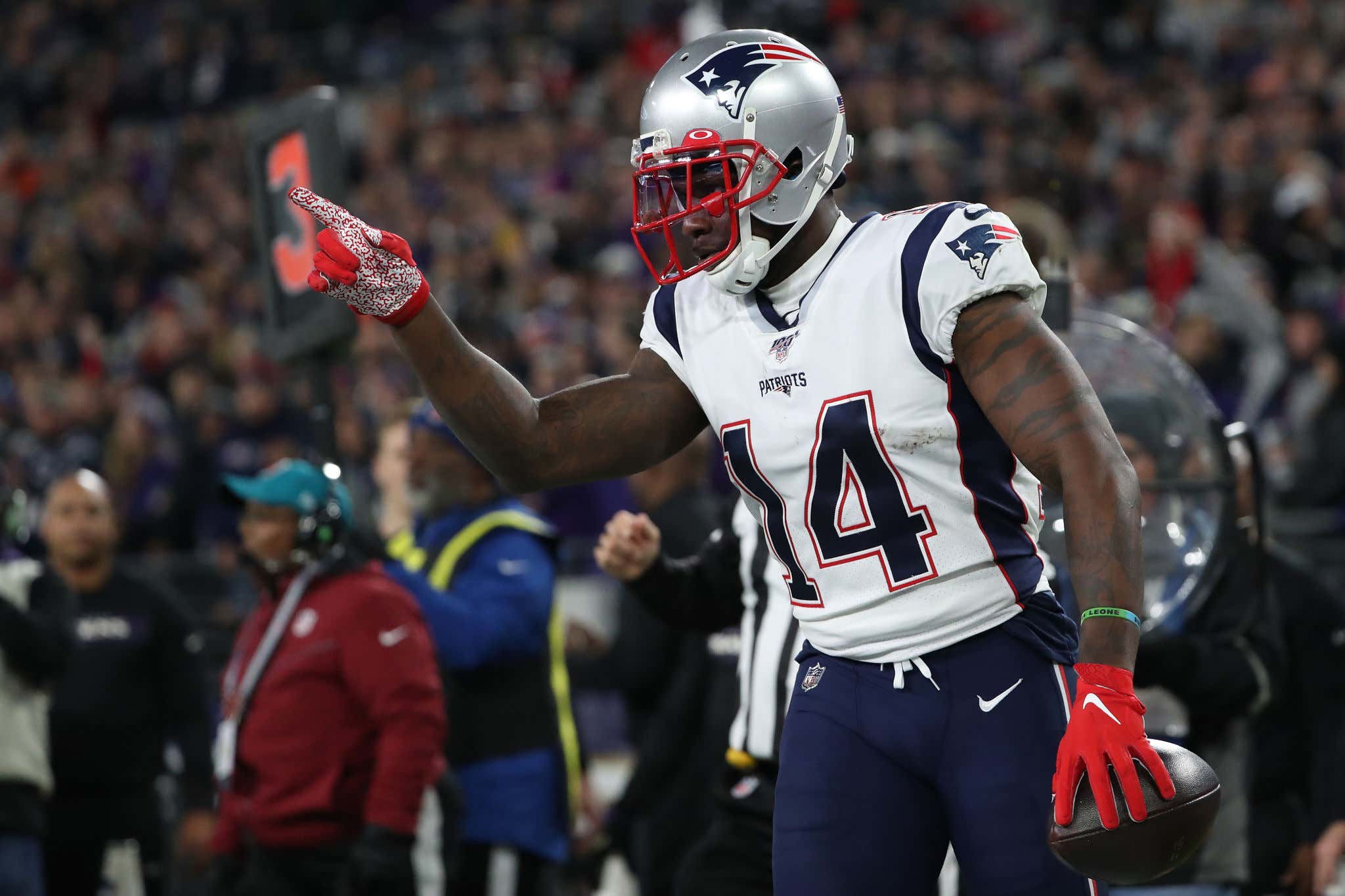 Simply put, right now you're no doubt asking yourself, "How in holy hell did the Patriots not offer a No. 2 for Julio Jones, when they were willing to give up a No. 2 for Mohamed fricking Sanu? And is there a wise, dashing, athletic, beltless gentleman who can help me understand this?"

Allow this guy to explain:

Football trades, while perhaps not on the weirdness level of NBA trades with their matching dollars and expiring contracts and whatnot, are nevertheless complicated matters. Making direct comparisons because Jones and Sanu were both Falcons apples and bringing say, DeAndre Hopkins into the discussion because he was a Texans apple who also went for a 2nd rounder seems straightforward and logical enough. But it ignores the very different circumstances in the trades.

First, let's look at Jones. Peter King calls the Titans, "the only team that was really serious about obtaining Jones." Which makes it sound like the other 30 NFL teams weren't "really interested." But actually means, "The Titans were the only team so really interested they were willing to go that high in terms of draft capital while eating all the money left on the deal of a 32-year-old wideout."

That doesn't mean New England didn't look into getting Jones. It just means they were not going to overpay - draftwise and dollarwise - to get a deal done. I think this explains it perfectly:

So for example, a 2nd rounder with the Falcons eating a portion of Jones contract? Go on. I'm listening. A $15.3 million hit this year, $11.5 million next year and $38 million left on his deal? Hard pass. You've got my number if you change your mind. Especially when this is a team that invested heavily in the tight end position, the offensive line and the ground game, and will be built around a 12-personnel, two receiver base offense. Which is not to even remotely suggest the Patriots "couldn't use" Jones. He's incredible. Any team could "use" him. The 1926 Frankford Yellow Jackets would've been upgraded with him. But for the 2021 Patriots, it's a question of, "At what price?" Which it has been with them for 21 years.

The Sanu trade was another situation entirely. The polar opposite, in fact. That 2019 Pats team was the defending Super Bowl champion with the No. 1 defense in the league and the best player in the history of the game needing someone to throw it to. They lost their 1st round wide receiver to injury for the first half of the year, Josh Gordon to the usual Josh Gordon issues, and Antonio Brown to the usual Antonio Brown issues. As the deadline approached, the receiver depth chart consisted of Julian Edelman and a promising UDFA rookie in Jakobi Meyers. The tight ends were of little help because as a group they managed 36 receptions on the season. So understandably the GOAT under center for you was getting more persnickety by the day. Also, you were on your way to a 12-4 season. All of which points to the idea that something had to be done. Sanu was coming off three straight seasons with 59+ catches and a career best 838 yards. He had the Rutgers pedigree that seemed a good indicator he'd pick up Josh McDaniels' system fairly quickly. And, I can't stress this enough, came with a hit of less than $3.8 million.

It didn't work out, obviously. But you make that move 100 times out of a 100. Especially on a division winner that looks to be a few pieces away from making a playoff run. It's not like in October there are a whole ton of unemployed Mohamed Sanu-level talents hanging around at home watching Netflix in their bathrobes hoping for a call. You had to meet Falcons' hard bargain or risk having one accomplished receiver on your roster.

In an offseason where we've gotten virtually everything we wanted, we can't have this one thing because it's too expensive. And somebody else was willing to meet a pretty exorbitant asking price. You can be disappointed. But at some point you've got to drop the Veruca Salt act and realize that not everyone that hits the trade market belongs to you.