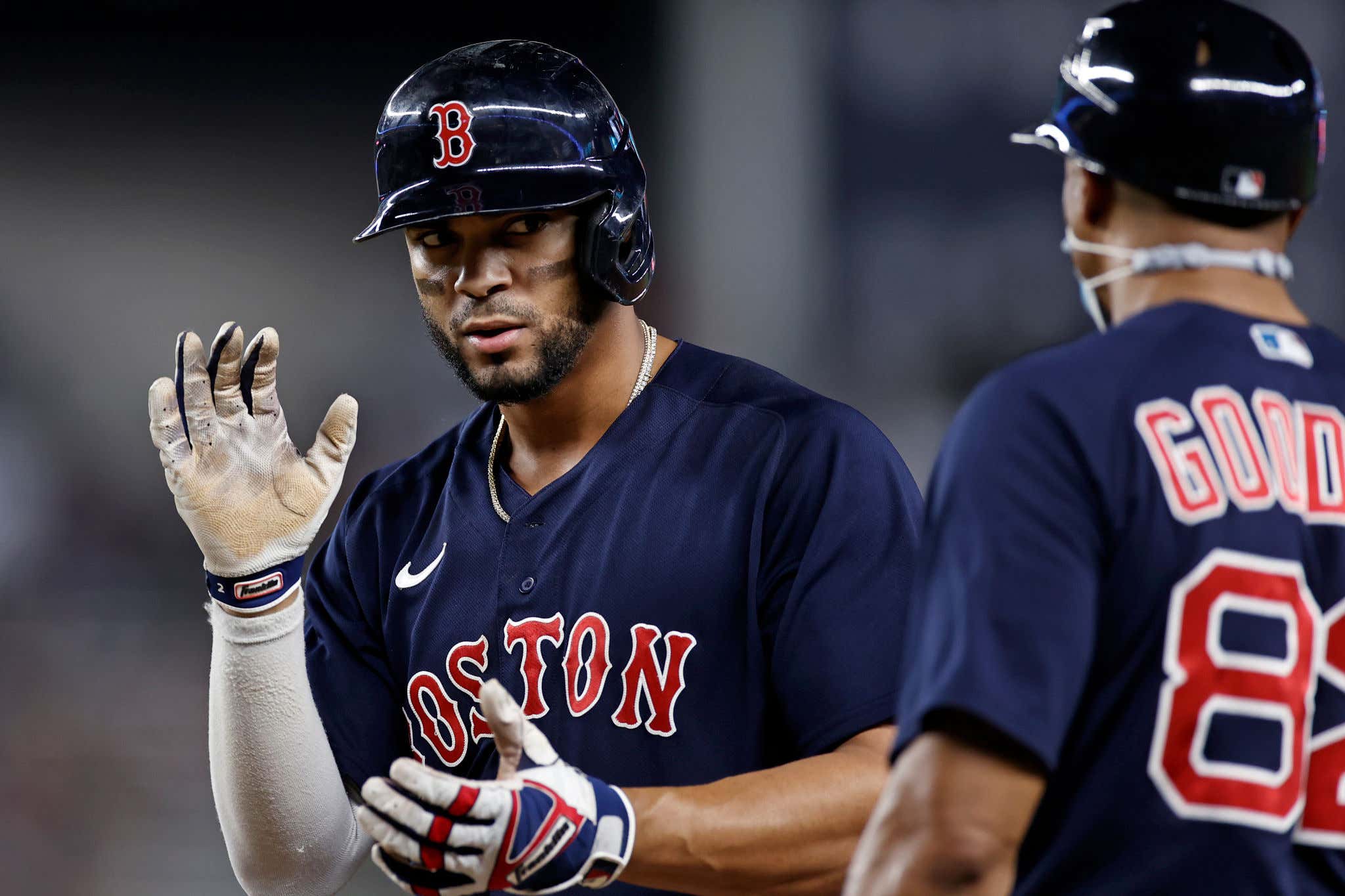 By every unit of measurement you can go by, the Red Sox are better than the Yankees. Now you have the undeniable evidence to support that claim.

Hell, I'm sure even Yankee fans would've told you before this series that the Red Sox were the better team. My job is simply to ensure that the correct story gets told in the end. This wasn't an offseason where the Red Sox loaded up and signed the best pitcher on the market for north of $300 million or gave $100 million to one of the best hitters in the league. No. They didn't do any of that.

Nobody gave the Red Sox a fuckin' chance in hell at being competitive in 2021. It was a bridge year, remember? The wiseguys in Vegas had them being a .500 team, sports radio still gives them a small sliver of attention, and I just looked this morning…the Yankees still have the second best odds to win the American League pennant. The Red Sox are fucking sixth. So they're STILL not getting the respect they deserve.

That's fine. They'll keep winning games and we'll see where the chips fall in the end. But back to the narrative -- if the Yankees keep going the way that they're going and the same for Boston, I will not allow people to forget that the Red Sox weren't supposed to be this good and the Yankees weren't supposed to be this bad. This has to be one of the biggest underachieving teams in Yankee history. They came into this season with the best odds to win the World Series in the American League, second best odds in baseball. And the Red Sox swept them at Yankee Stadium for the first time in a decade.

I'm sure we'll hear plenty retorts of, "They didn't see Gerrit Cole". Cool, man. The Red Sox don't even have an ace, nor did the Yankees see statistically their best starter either. Or their second best. Instead, the Yankees got Nathan Eovaldi, Eduardo Rodriguez and Garrett Richards. They combined for a 3.86 ERA and 20 strikeouts in 16.1 innings. The standout outing belonged to Eovaldi, who went six innings of one-run ball, but the next two starters were not able to finish six. Didn't matter.

After slumping hard in Houston, Xander Bogaerts hit .417 with a .929 OPS in the series, including the game winning two-run knock in extras on Sunday. Hunter Renfroe was 4-for-10, Marwin Gonzalez was 4-for-11 with a game-tying two-run bomb on Sunday, Alex Verdugo was 4-for-13 with a first inning homer on Sunday, Rafael Devers after struggling against the fastball in Houston hit a three-run tank on a heater Friday. By no means were any of these games an offensive explosion for Boston, but when they needed a big hit, they got it. Perhaps more importantly, they swept the series without JD Martinez in the final two games. He's dealing with a left wrist injury, but we could see him back in the lineup as early as Tuesday.

We gotta talk about the bullpen, though. Red Sox relievers logged 11.2 innings in this series, allowing just one earned run, the run that the Yankees scored to tie the game in the ninth on Sunday off Matt Barnes, who was working in his third straight game. Barnes wouldn't have even had to work three straight if Brandon Workman could've gotten the job done on Saturday, but alas. He'll get there. The Red Sox bullpen allowed just four hits all weekend and struck out 17 batters, while walking eight. Don't love the walks, but can't complain when damage was very much limited.

Must've felt nice for Adam Ottavino to return to the Bronx and toss two scoreless frames in two appearances after he was handed over to the Red Sox for nothing. Garrett Whitlock, who was also handed over to the Red Sox for nothing, pitched an inning and two thirds scoreless. The Yankees were introduced to Hirokazu Sawamura, who went two scoreless innings while striking out five. Josh Taylor pitched a scoreless eighth on Sunday that was capped off with a strike out of Giancarlo Stanton off the bench to extend his scoreless streak to 14 consecutive appearances. Phillips Valdez recorded the save on Sunday in extras, allowing the unearned run that was the automatically placed runner at second base.

On Monday night, the Red Sox finish off their series with the Marlins from a couple weekends back when the Sunday game was rained out. So, technically the Red Sox have the chance to complete not one but two three-game sweeps in less than 24 hours. In this one, you're gonna get Pablo Lopez versus Nick Pivetta. Gonna be a tough one for Boston, as Lopez has been really good this year with a 2.82 ERA and 68 strikeouts in 67 innings. He's got a 2.35 ERA in his last four starts, and he punched out nine against a really good Blue Jays offense his last time out, albeit in four innings allowing a couple homers.

Pivetta is coming off his first loss of the season, but he still pitched well enough to win going six innings allowing two earned runs while striking out nine. Pivetta takes a clean 3.77 ERA into his 12th start of the season with 68 strikeouts in 59.2 innings. After this quick one-gamer against Miami, Houston comes to town for three more. Keep it rolling.