I pick my superlatives wisely, so when I say the World War II Museum in New Orleans is the best museum I have ever been to, I am not saying it for effect.

I’ve been lucky enough to visit a shitload of great museums throughout the years... I enjoy history... And WW2-NOLA has one thing all the others do not.

Here’s the skinny on visiting the museum… You have to start your day by watching the movie.

I don’t remember what the name of the movie is, and I don’t really care. There is a movie in a modified auditorium that is narrated by Tom Hanks and pulls a handful of physical effects into the experience (rumbling seats, powerful fans, fake snow, military props raised and lowered onto the screen).

The film itself gives you a very basic rundown of the war and attaches a number of stats you probably don’t know, but it’s the cast of familiar narrators… Helmed by Hanks, of course… That really touches you.

As a dying soldier’s final words are being spoken against a terrifying jungle battle scene, you realize it’s Brad Pitt talking on behalf of the young man.

As Eisenhower explains to his son why the American people were reluctantly joining a global conflict between good and evil, you realize it’s John Goodman reciting the general’s words. 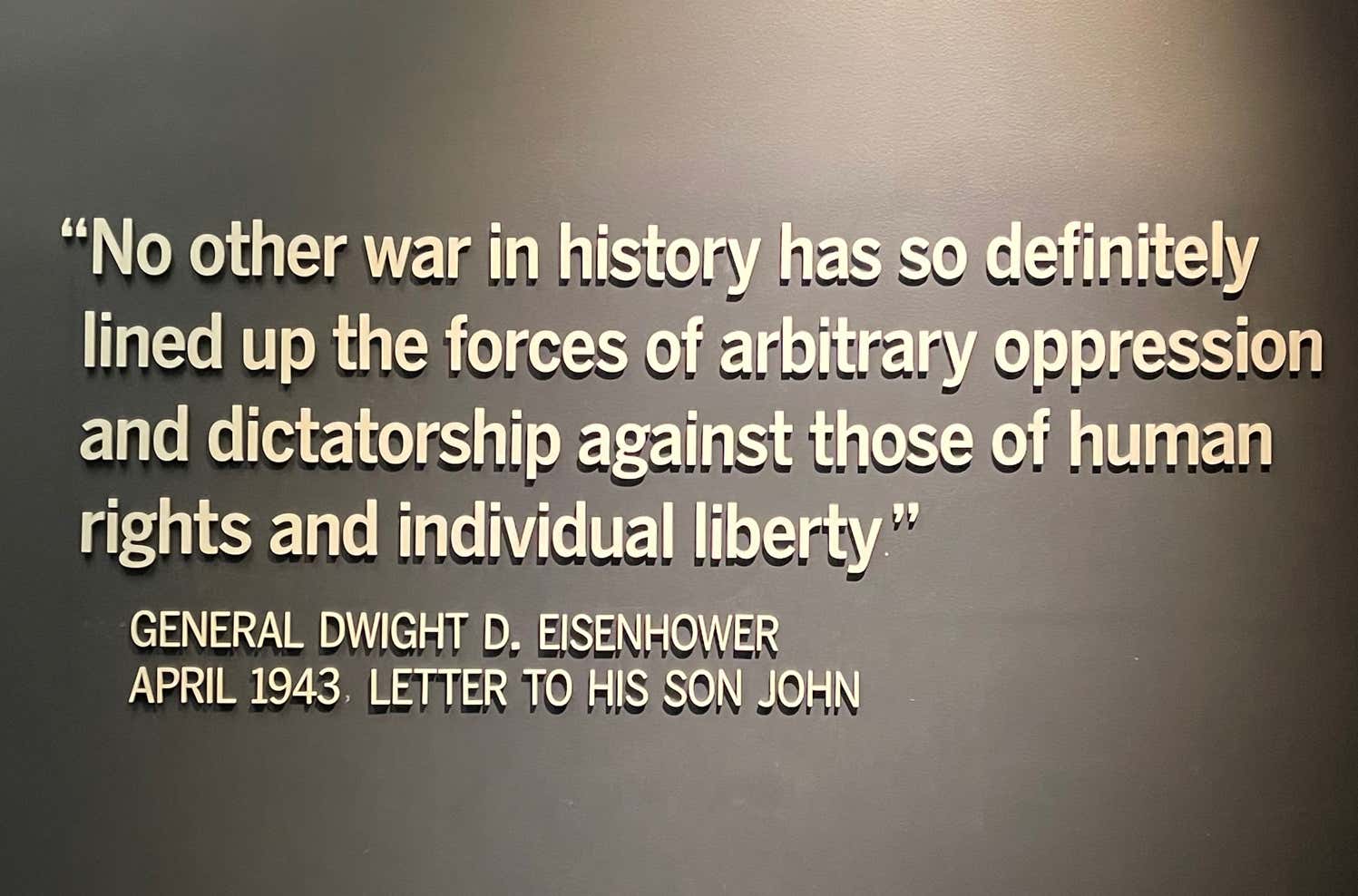 And Hanks’ voice is consistently peppered throughout along with Patricia Clarkson, Tobey Maguire, and maybe 2 other names I couldn’t place… But the real kicker for me was when Hitler finally swallowed a bullet in his bunker, and Gary Sinise came through the speaker to tell us all the good news.

And when fucking Lieutenant Dan starts to talk, the crowd (myself included) starts to cry.

Because Ben Mintz is a certified celebrity in the Big Easy, we were fortunate enough to have a private tour guide waiting for us outside of the theatre, and when this young lady asked me what I wanted to do after I just exited such a powerfully emotional film experience, I couldn’t help myself when I answered, “To be honest, I want to beat the fucking shit out of every German and Japanese person in this fucking museum.”

I hadn’t been that angry since I watched Captain Phillips (Hanks again) with a couple of gin martinis in me.

And now, after this new museum movie, I was so angrily patriotic I basically ran through the rest of the museum as if it was my civic duty to learn every detail about Guadalcanal. 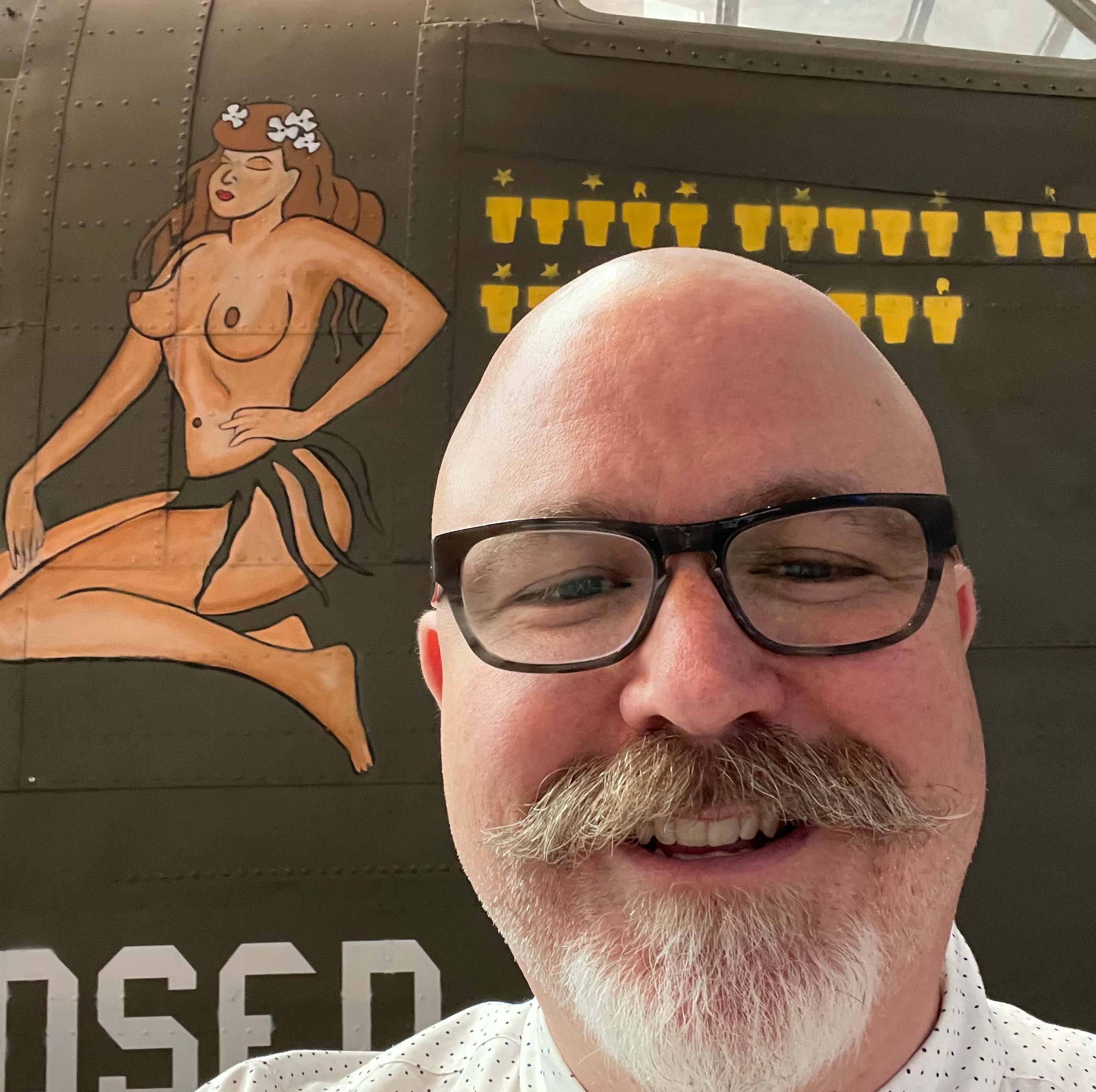 I’m starting to rant, and I apologize, but my recommendation remains true… If you’re in New Orleans, do yourself a favor before you fall into a pit of drugs, food, alcohol, and pornography. Spend anywhere from 4 to 14 hours at the WW2 Museum, see the movie first, and then spend the rest of your trip beating up tourists with tiny mustaches.

Oh… And make sure you hit the gift shop… Heard they have some sweet-ass merch. 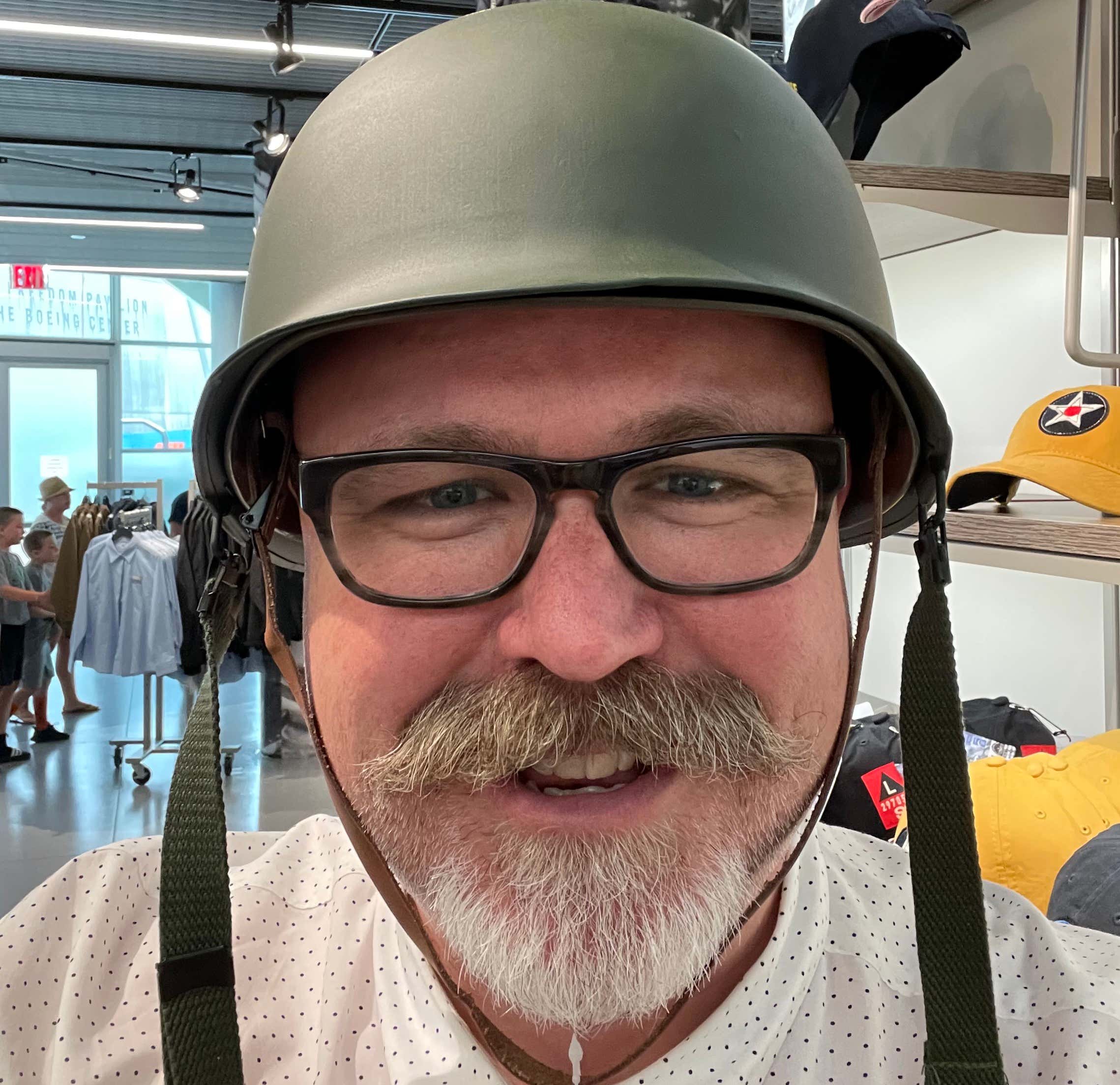 I’ve already done the Twisted History of World War I with Chief, which you can listen to here, but since I am nowhere near as thorough as Dan Carlin, there will inevitably be a Part II for World War I on the very near horizon, and then we will eventually tackle the Second World War after that… But before all that happens I am going to highlight some of the museum's finer points in this week’s Twisted History of New Orleans which drops Wednesday night.