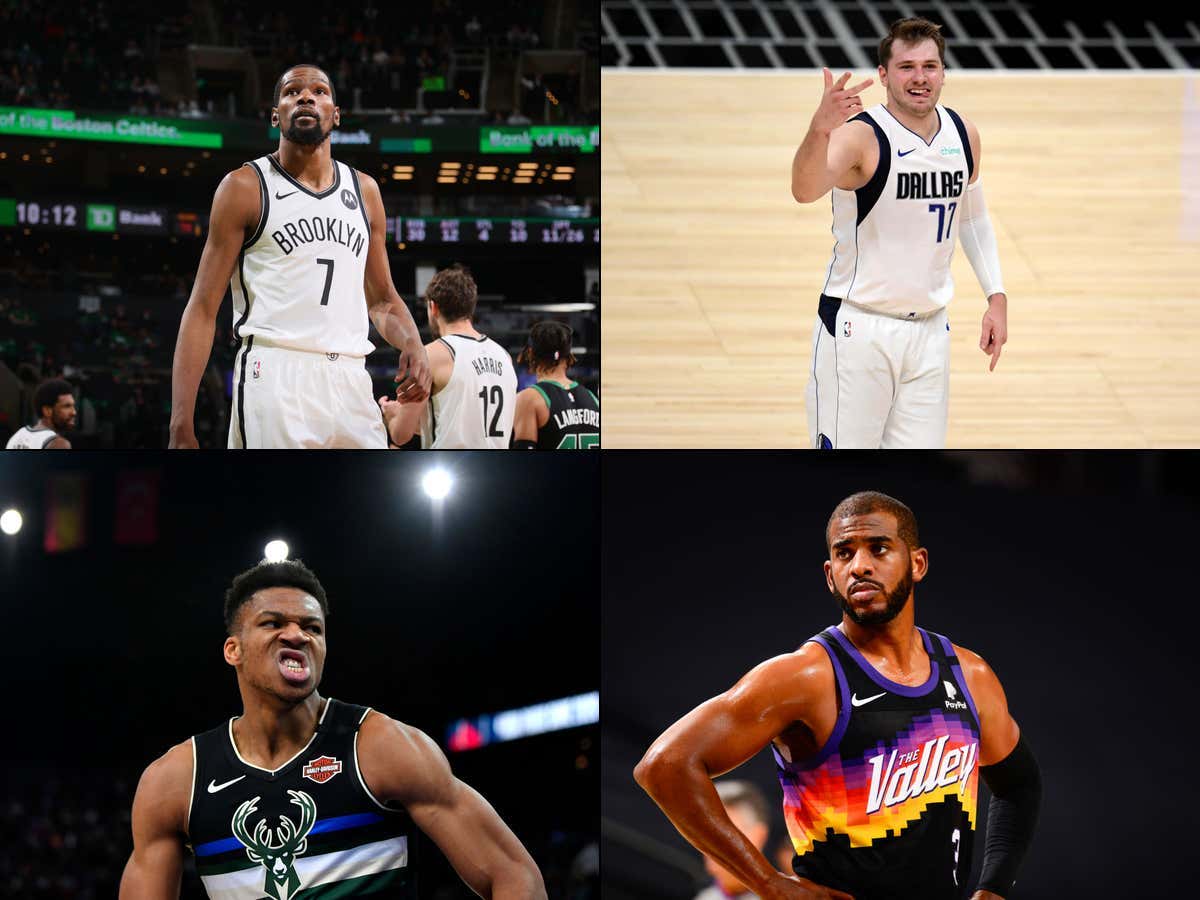 If you thought the NBA Playoffs may have been wide open before we got things started, well now there is no denying it. For the first time in a long time, we're seeing something that hasn't really existed since 2010

This year though, it's new blood. With LeBron getting eliminated last night by the fun as hell Phoenix Suns, not only are we getting a new champ, but we finally have a situation where the other superstars of the league have their opportunity. Deep down no matter which conference he was in you knew LeBron was most likely going to make a Finals. When the Warriors were right, you knew they were going to be there too. But now the entire landscape has changed.

This should be seen as a good thing. No, a great thing. I'm sure we'll see some tweets about how this is the worst thing the league could have wanted, TV execs are pissed, blah blah blah. You know who I couldn't care less about? TV execs. TV ratings. Who gives a shit. If anything, these playoffs just became even more intriguing and must watch. I don't know how anyone could suggest otherwise. Like, let's say we get a Giannis vs Jokic NBA Finals. MVP vs MVP. That would be awesome. You wouldn't want to watch Chris Paul and this awesome Suns team go up against what might be a fully healthy Sixers team and Joel Embiid? Of course you should!

So even though we don't have a LeBron or a Steph, who cares! We have an incredible mix of insane young talent like Luka, Trae Young, Devin Booker, and Donovan Mitchell still playing. Then you add in some of the elite of the elite vets like Giannis, Harden, Durant, Kyrie, Embiid, Jokic, Kawhi, George, Paul, Gobert (I guess) all with the possibility to get over the hump and play on the biggest stage. You want to help the NBA's ratings, having their other stars be presented with this opportunity can only help.

A knack on the NBA is a lot of people think it's scripted. That the league will do what it has to do in order to get LeBron & Co to the finish line. Well…now what? Only problem with that plan was the Lakers actually stunk and might be frauds. Harsh, but sneaky true. Instead, all four second round matchups should be incredible. We don't know who will play the Jazz yet, but either LAC or DAL would be a fun series. The Nuggets/Phoenix is going to be awesome. Will Chris Paul finally get past a Conference Finals? Will the Nuggets continue to find ways to win withut Murray? On the East side, BKN/MIL could very well determine the champ. With PHI/ATL, if Embiid doesn't look right, that series has a whole new life. I could argue that the NBA playoffs have never been in a better spot in recent years.

There's no team you can automatically pencil into the Finals. You could make the case for every single one. OK, maybe not the Hawks but fuck it you get what I'm trying to say. Not only is the league in a position where their amazing young talent and awesome established vets will now have a legit chance to get to the top of the mountain, nobody knows what will happen! There hasn't been that sense of unpredictability in forever, and it's what makes the playoffs truly great.

Personally, I'd like to see PHX/MIL. But really any combination is fine with me. I just want chaos. Now that things are wide open, that seems like it could be on the horizon.