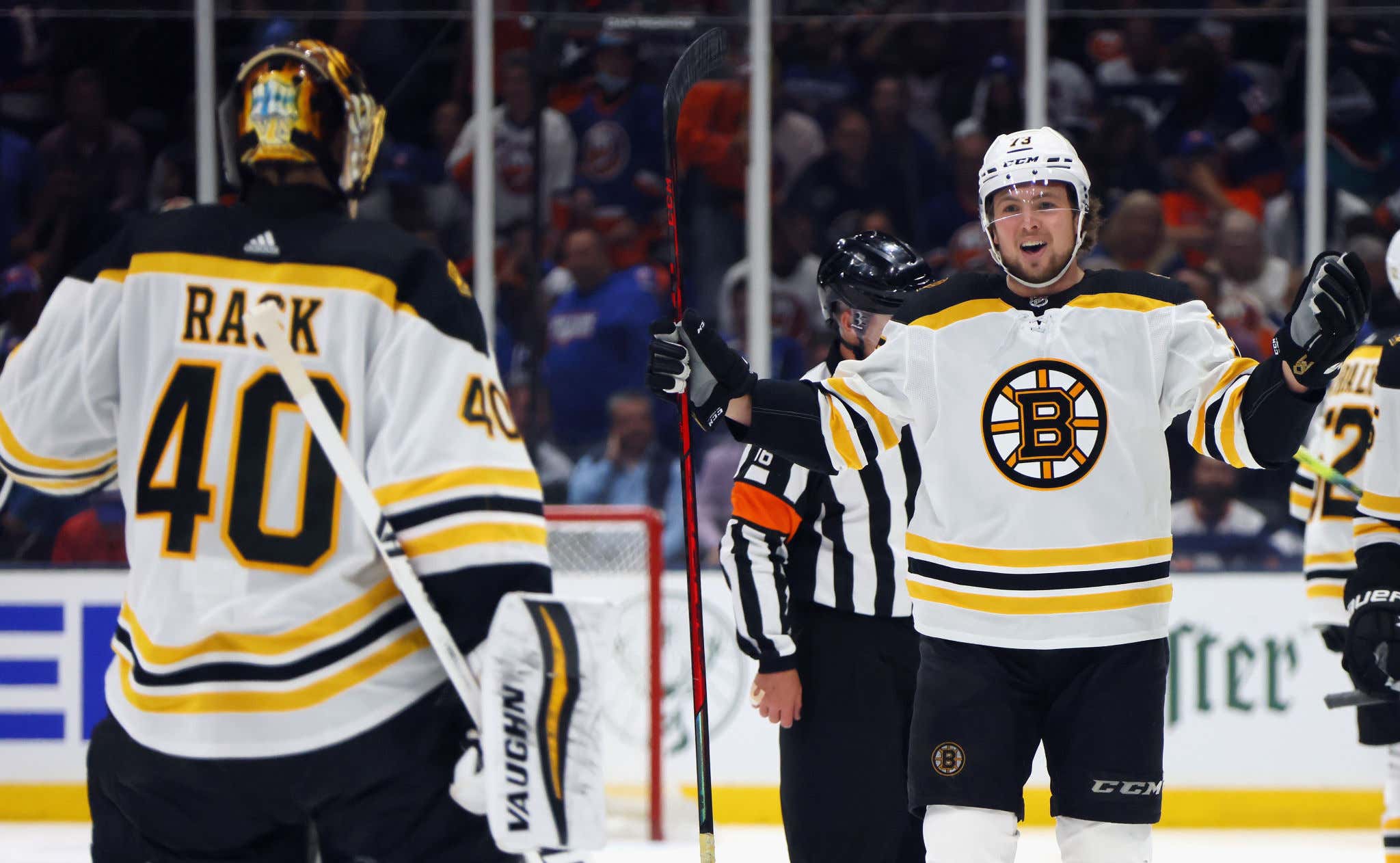 After being called out in Game 2 for the way he was tracking pucks, Tuukka Rask was "rock solid" in Game 3 and one of, if not the biggest, reasons why the Bruins have a 2-1 series lead. Lights out last night especially with two MASSIVE saves early in OT on Eberle and then Barzal. What a game from TR40.

"Looked really good in the overtime… Square to the shooters. Any rebounds, he was resetting… I thought on the PK, he held his ice when he had to. So lots of good things. I thought it was a great goaltending game by their guy and our guy… and that’s why you get a 1-1 game heading into overtime." - Bruce Cassidy

Other news, notes and quotes from last night:

- That Taylor Hall sequence where he back checked, forced a turnover and then set up Craig Smith's opening goal was a thing of BEAUTY. He's so fucking close to cashing in himself too. Just whiffed on a set up from Krejci where he had an open net. Crazy how good that line is, good to see Smith back, but man what a play by Hallsy.

- Brandon Carlo left the game after a big hit from Cal Clutterbuck, looked like Carlo's face got planted into the glass. He'd need help from trainers to get off the ice, didn't finish the game BUT here's what Bruce Cassidy had to say about him after..

“I talked to him at the end. He said he was feeling feeling pretty good, but I don’t know what that means relevant to the hit he took. At the end of the day, he was here talking to his teammates. So maybe he’ll be fine. Smith came back quick from an injury that we weren’t sure on, so hopefully it’s good news with Brandon as well.”

Encouraging update last night. This morning Cassidy said he's day to day but hasn't been ruled out for tomorrow. If he can't go I imagine Tinordi would slide into the lineup, Kevan Miller has been skating but is not ready to go yet.

- Carlo's usual D partner, Mike Reilly, had one of his best games as a Boston Bruin last night. Man, was he all over the ice. 5 SOG in 22:29 of ice time. Real good. Hope he continues that momentum into Game 4. Was firing the puck at the net any and every chance he got.

- Just like Rask, Semyon Varlamov was standing on his head. Made some huge saves, especially that robbery on Krejci.

- Brad Marchand the OT hero for the second time this postseason. What a shot. Had no business going in but it did and the B's have taken a 2-1 series lead. Seems like every game he takes a bonehead penalty he makes up for it on the scoresheet. Granted the refs had some ticky tack calls last night.

GEAR UP FOR GAME 4

ps this little Islanders fan is hilarious, I guarantee you he loves Pasta now though after getting that twig.

Shout out everyone who came to Hurricanes… we'll see you there tomorrow night same time same place.