We chatted for about 30 minutes, and during that time, we discussed the great matches he had with his young brother Owen Hart (mainly focusing on their opening match at WrestleMania X), how Vince McMahon actually stole his idea to do a ladder match and gave it to Shawn Michaels and Razor Ramon, and interestingly enough - Bret's artistic abilities as a cartoonist.... 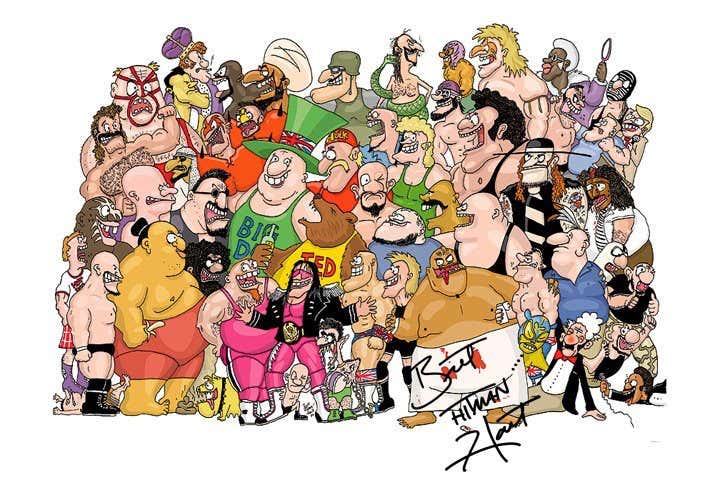 I read Bret's autobiography when I was in high school, and something that always stuck with me were the little cartoons he drew inside the book, because they were pretty damn funny….

So to open the interview, I asked about his love of cartoons/where that came from, and he told this fantastic story about how his "perverted, X-rated" chalkboard doodles were basically the talk of the town in the 80s/90s WWF locker rooms, and nobody loved them more than Andre the Giant!

Check out my full interview with "The Excellence of Execution" below, and make sure to give the video a thumbs up if you wanna help us out!