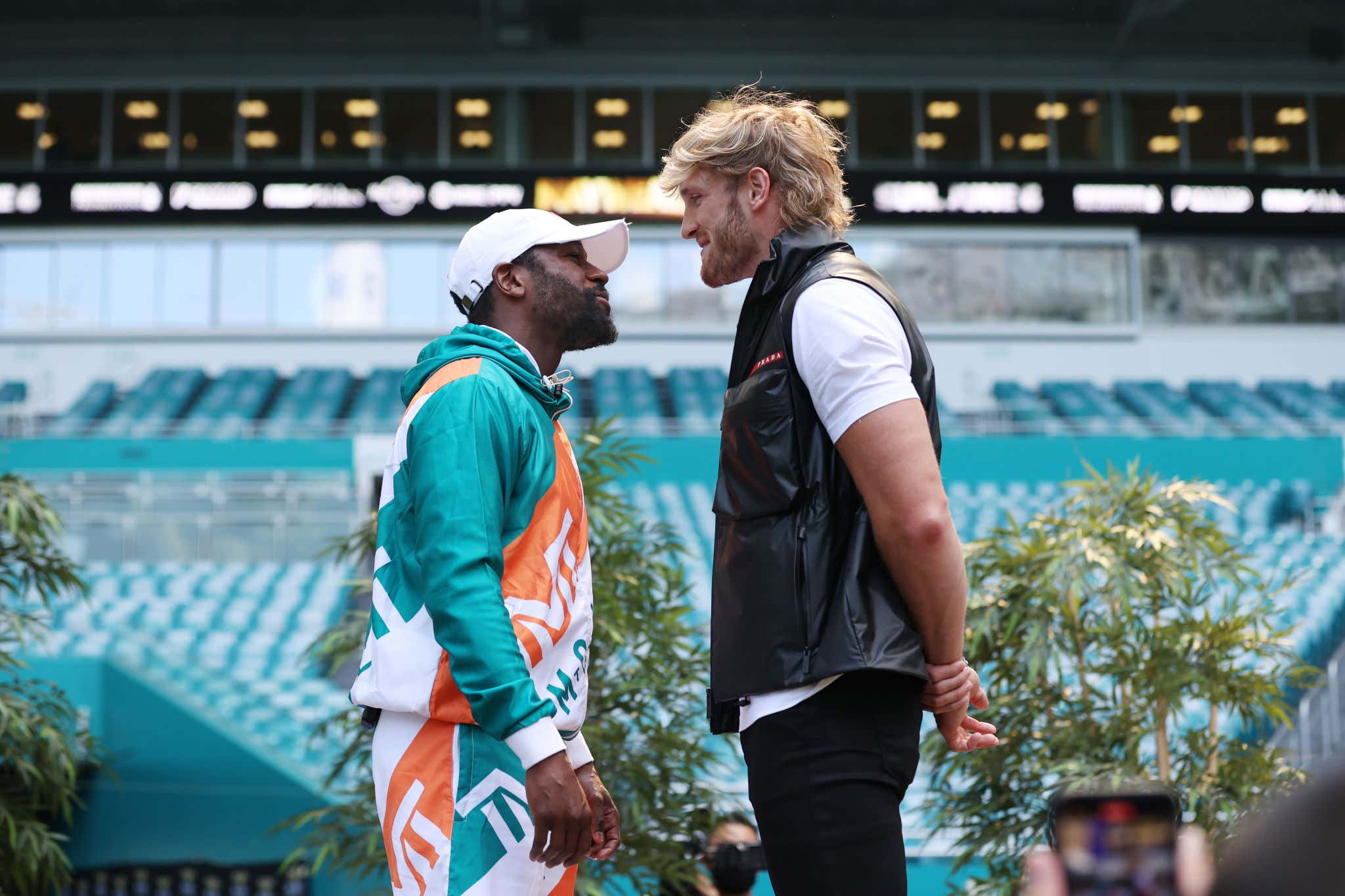 Ah yes, a huge boxing match. When two men step into the ring and go toe to toe, eye to eye, fist to fist, to determine who is the better fighter between them. Months of training and studying, early mornings and late nights, perfect nutrition, and a ton of build up before they lace up their boots and strap on their gloves to see who will get the best of their foe. And then at the end of the night….no winner is declared?

I mean, I get it, it's an "exhibition fight" or whatever they want to call it because why would Floyd sign up to have his record possibly tainted by Logan Paul? But to me, that's more reason to make it an official fight. You're Floyd Mayweather! If you sign up to fight a "YouTube boxer", you better fucking win, right? I think it being an exhibition fight gives Logan a tonnnn of credit, Floyd is basically saying there's a chance he could lose.

In reality, Floyd should win easily. But I guess you never know. Hopefully this fight does bring us some entertainment value, regardless of the lack of judges or official winner. I'd hate if Floyd just danced around the ring for 24 minutes and attempted 0 offense, though we know that is entirely possible to happen.

I'm still gonna watch obviously, because you can always witness the impossible in boxing. Maybe Floyd gets an asthma attack in the middle of the ring and Logan catches him with a hard right? You never know. No official winner, but the internet will never forget.