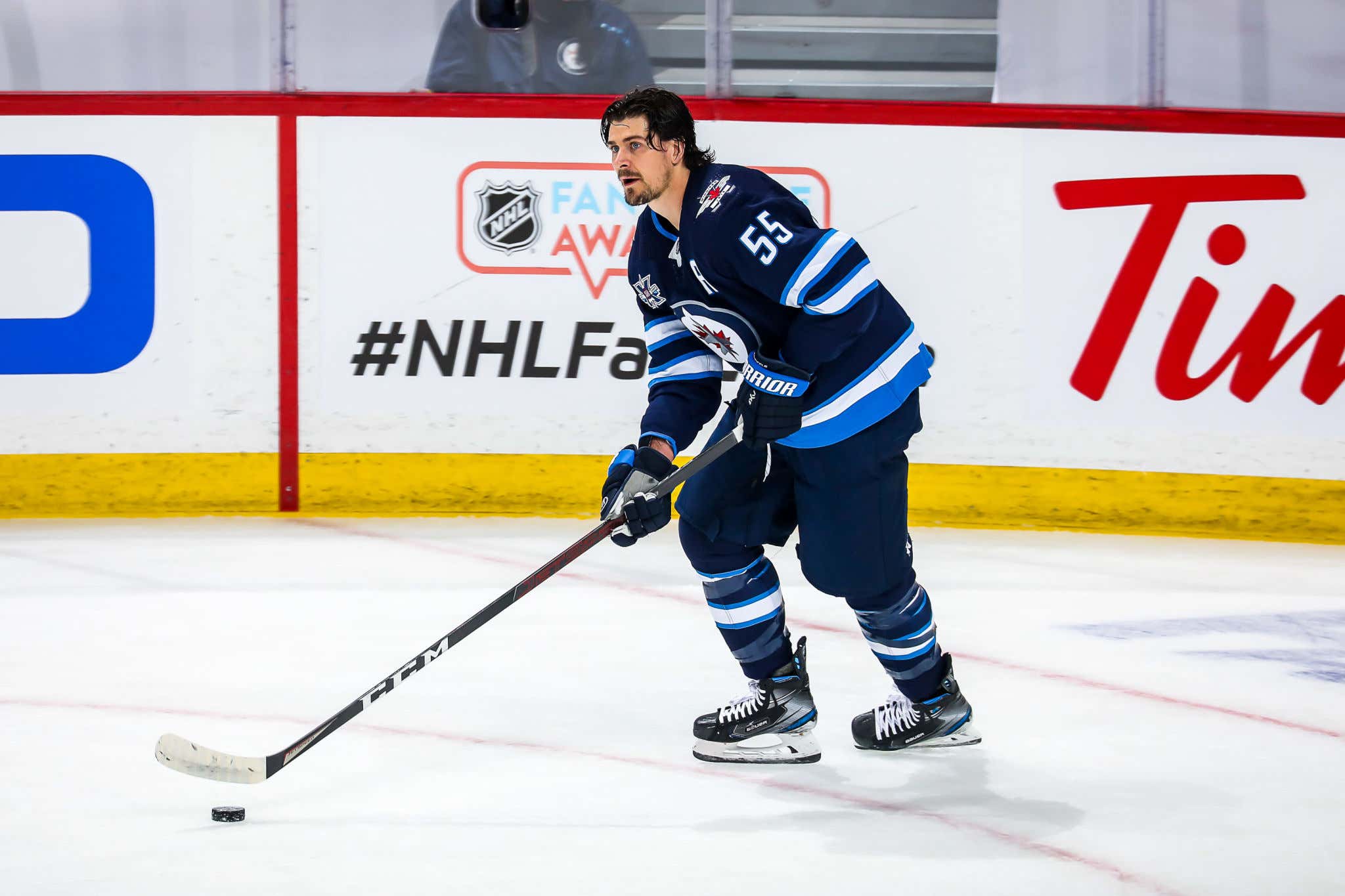 Okay so first off let's just get this out of the way--Mark Scheifele is not a dirty hockey player. He's not a dirty human. The man has two pet goats and he doesn't even curse. In fact, I should probably go back to edit this headline and call him a butthole since "asshole" is way too extreme for Scheifele. Moral of the story is that he's probably one of the sweetest dudes in the NHL.

That doesn't change the fact that he was an asshole last night. And that's also not to say that this was objectively the most illegal hit in the world either.

The thing that sucks about hits like this, besides the fact that a player gets seriously injured, is that it immediately blows up into a massive argument where everybody picks their side and nobody is ever interested in hearing whatever the other side has to say. If you think it's dirty, you're going to do nothing but point to screenshots of the hit to fit your narrative that Mark Scheifele should be jailed for the next 5-7 years. If you think it's clean, you're going to do nothing but yell at everybody saying it's dirty about how they never played hockey and that they're a pussy. As if being the worst player on your 14U team somehow gives you way more say in the matter than anybody else, but I digress.

What I'm getting at here is that the argument is always clean vs dirty, which is most often just a placeholder for legal vs illegal. But like basically everything else in life, it's not as black and white as that. Could you make the argument this hit wasn't totally illegal and won't warrant a suspension? Of course you could. Scheifele  doesn't take any additional strides on his way to drill Evans, he appears to go through the upper chest/shoulder area, and he doesn't launch himself into the hit. Evans having his head down the whole time doesn't help here much, either.

But at the same time, you know the exact situation that went down here. You know that Mark Scheifele isn't a dirty player who goes out there looking to intentionally hurt guys. But you also know that he was frustrated with losing and took that frustration out on Evans with an overall meaningless hit. It was a 1-goal game with less than a minute to play. If Mark Scheifele really wanted to prevent that goal, he would have kept sprinting towards the net to make a play on the puck with his stick. He had already resigned to the fact that Evans was about to put away the dagger, and he made the hit anyway. He knew the hit wasn't going to have an impact on the outcome of the play, but still lit the dude up anyway. That's a scumbag move. That makes him an asshole in this situation.

So was the hit objectively illegal? Ehhhh it's really close but maybe not. But was the hit subjectively an asshole move that should have Mark Scheifele looking over his shoulder for Shea Weber to appear every night before he goes to bed? Absolutely. But unfortunately where we're at in society right now, nobody has the ability to have those conversations that deal in the gray area. There's black and white, there's I'm right and you're wrong. So until the hockey world finally comes to an agreement that a legal hit can still be a scumbag move without immediately calling anybody who disagrees a pussy who has never played the game, well the discourse after these hits are going to continue to be nauseating throughout the rest of time.

P.S. - Shoutout to Nikolaj Ehlers for this one.

I never understood how guys can be so dumb to immediately start fighting with literal razors attached to their feet while another dude is down with his face on the ice. Happens all the time after a massive hit like this. Thank god Ehlers got in there.