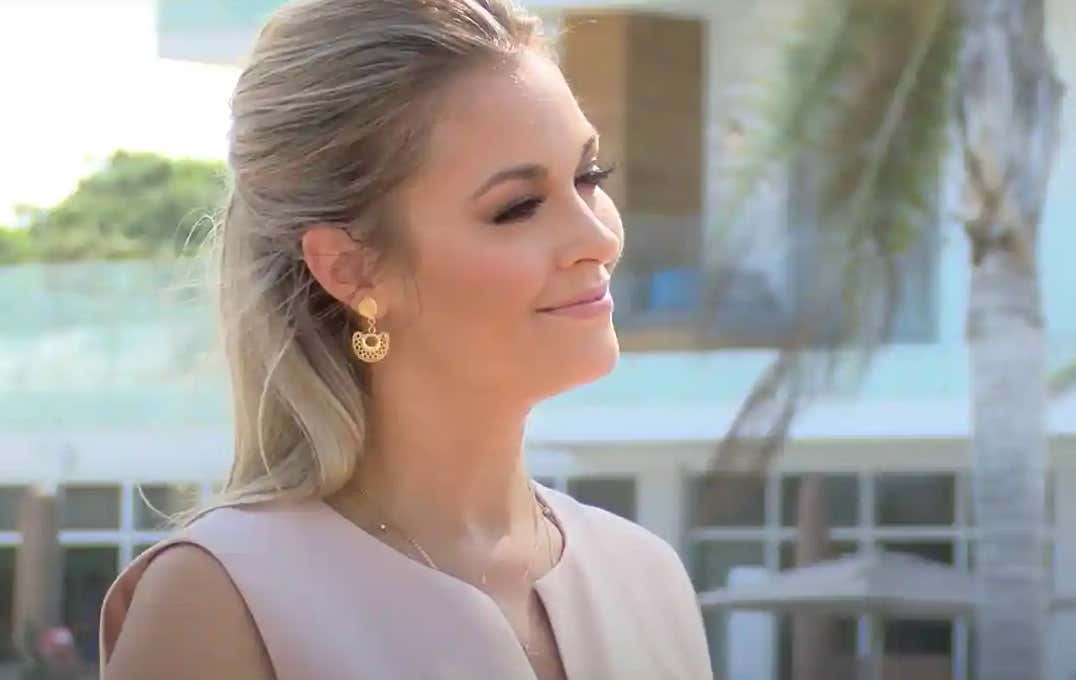 NY POST — Socialite Jasmine Hartin was transferred to the Belize Central Prison on Tuesday, after she was charged with accidentally shooting dead a prominent local police officer.

Images published by The Daily Mail show Hartin — the daughter-in-law of British billionaire Lord Michael Ashcroft — being led out of a stifling San Pedro police station.

She had been held at the station — in a tiny concrete cell which a local described as "hell on earth" — since first being brought in for questioning after Friday’s fatal shooting of San Pedro Superintendent Henry Jemmott.

Hartin, 32, was denied bail at her arraignment on Monday evening on a charge of manslaughter by negligence.

Picture this: you're a Hollywood executive. I come in and pitch you this script:

A popular socialite*, married to the son of a Billionaire British Lord, is found bloody and unresponsive on a closed pier in Belize after curfew, as a 300-400 pound police officer floats face down in the water shot through the back of the head after witnesses saw the two "playing a drinking game fully clothed" involving his loaded handgun...and the tagline is something like, "and that was only the beginning" or something, like hinting at the fact it's not the open-and-shut case it may appear to be.

You'd probably pass right? Especially when I very quietly add there is no sex going on and both were fully clothed. Also it doesn't take place in the Marvel universe. But aside from that, it's never gonna get made. Too unbelieavable.

And yet that's what's going on right now IRL, with socialite* Jasmine Hartin being held in a police jail cell described by locals as "hell on Earth." 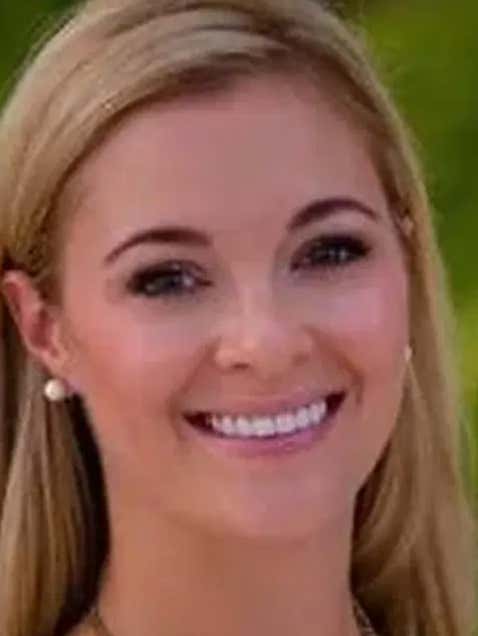 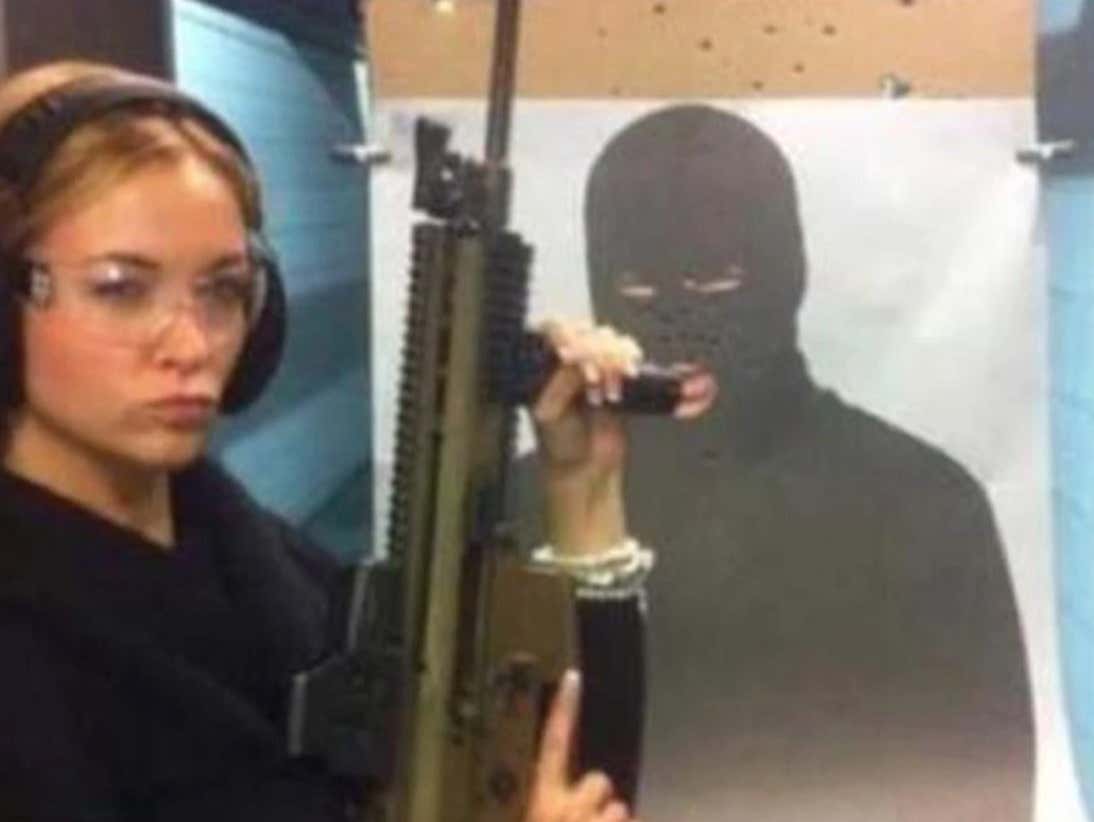 At the time of the shooting, the socialite and cop were both defying a COVID curfew.

When emergency personnel arrived, they discovered the socialite soaked in blood, “distressed and shaking.”

Both families denied any romantic or sexual connection between the dead man and the socialite.

Currently, she faces 25 years in jail, but a fine is more likely.

According to The Times of London, a police source said the working theory is that the pair had been drinking and playing with Jemmott’s gun when tragedy struck…. 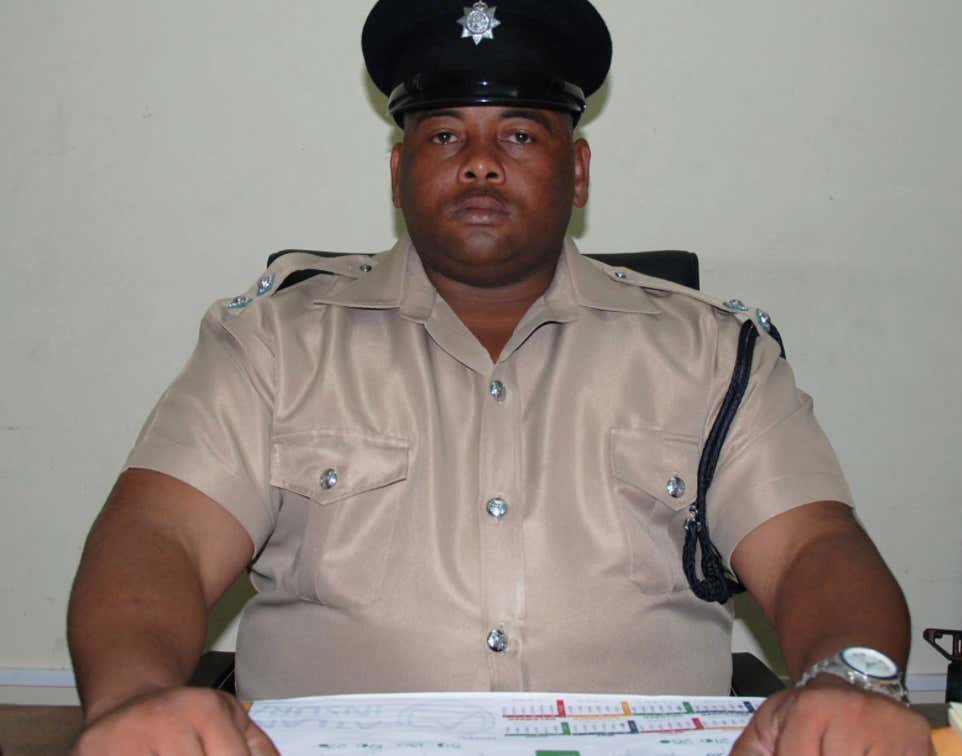 When cops got there, Jemmott was floating face down in the water and Jasmine was found at the scene "really emotional" and "almost unresponsive" and covered in blood. The witnesses said they had been drinking together… on the closed pier, after curfew, "for hours.". Fully clothed. No funny business. In fact, the police chief made it a point of saying "they both had their clothes on." (It was almost kind of odd how quickly he mentioned that, in fact it may have been the first thing he said, period. Like before "Hello.")  So this was not some sordid sex game, but what was it?

Hartin's first story was that someone shot from a passing boat… a world class assassin, apparently — the deadliest sniper in the world, who can hit a man from a moving speedboat smack in the middle of the back of his head, from the front.

It took about 1.5 seconds after a cop pointed out the vials in her purse for her memory to clear up:

She was giving him a massage, a platonic, friendly, fully-clothed and anti-sensual massage, as friends do, when she went to hand the man's gun back (???) and her…finger accidentally slipped into the little ring thingy and she accidentaly squeezed with the significant pressure necessary to fire it and oops, he's dead in the water.

She couldn't help herself either, she just had to fat shame him on top of shooting him in the head allegedly accidentally, mentioning how he fell on top of her and she was stuck there, being crushed and shit.

the Sun:  The bizarre tale unfolded on the piers of San Pedro on the Caribbean side of the country. Hartin initially told detectives that Jemmott was shot by someone in a passing boat and his body fell into the water.

So far, her story has changed a number of times.

She claimed that Jemmott was a friend and she was giving him a massage while the pair boozed together on the dock. Hartin then said she accidentally shot the longtime lawman while giving him his Glock.

Hartin claimed the cop fell on her, she panicked and his body fell into the sea.

But his family noted that his death “looked more like an assassination”.

I gotta say, the biggest indication of this being an accident, at least in my eyes…you really can't kill somebody and do a worse job of it. Like from the moment the trigger was pulled, everything was just wrong and bad. I mean, she was found immediately, next to the body, covered in blood, and with coke on her, after giving witnesses hours to observe and identify her. Then she changed her story 3 times with the cops, and all of this while being in the family of a "billionaire British Lord" which just sounds like you're automatically an evil villain.

Not to mention, Of all the people to accidentally kill in a suspicious manner, a 24-year police veteran is really up there on the list of who you don't want it to be.

In the hours before Hartin was transferred, officer put up a memorial for Jemmott, a 42-year-old dad of five and 24-year police veteran, the Daily Mail reported.

"We made sure she was in handcuffs," a source told the outlet. "There was no special treatment. He was our friend."

Not only that but the victim's sister sounds like the kind of sister who will be doggin her for the rest of her life  after she no doubt scoots on the charges due to a fuckton of money inconclusive evidence.

“He had a gunshot behind his ear like an assassination,” the dead man’s sister, assistant police   Supt. Cherry Jemmott told Belize 7. “He was a top cop. I don’t know how he let down his guard to be shot with his own gun.”

So she's kind of fucked, unless like, money can get her out of trouble or something. Because, idk, she's probably lying, but even if she isn't… if her version of events is true…that is so unbelievably unlucky that you just don't even attempt to defend yourself, you just stick your wrists out and admit the world has defeated you.

PS (for the GIRLS ONLY),

If you're a dude, stop reading here: this joke is NOT for you.

Ladies, I haven't seen a socialite fall this hard since Lexi Featherstone at the Vogue party, am I right?