Snakeheads, another invasive fish that is a threat to native species across Maryland are eating anything that is their size or smaller and destroying the waters. I got the opportunity to chase after these odd creatures in the Chesapeake Bay with my dad and friends from Working Class Outdoorsman.

The snakehead has a protruding jaw with sharp razor teeth. If you look closely to their head you can tell how they got their name. We hunted for them for two days in the Chesapeake and wore them out. We watched close to the bank while hunting them, since they like to be in shallow water. Whenever we hit one they wouldn't take off like a carp would, but instead they would thrash trying to get the arrow out. At first my muscle memory was having me aim about an inch lower than I should have, which is what I usually do when the fish are in deeper water due to refraction. Since the snakeheads were only in a couple of inches of water we needed to aim directly behind the head.

Once I got a couple practice shots out of the way and figured out to get them in the boat ASAP before they thrashed, it was over for them. Not only did we use our Oneida bowfishing bows, but we also used the Fish Hawk, a fishing blowgun used to harvest fish. We ended up hunting till about 4 am with 50 fish in the boat before we called it quits. Although the snakeheads are hideous they are one of the most excellent eating fish. They have a nice white flaky meat and are actually now one of my favorite fish to eat. We cleaned each one and had a fish fry the next day with friends. Be on the look out for this episode to be released on June 10th, excited for ya'll to see this one. 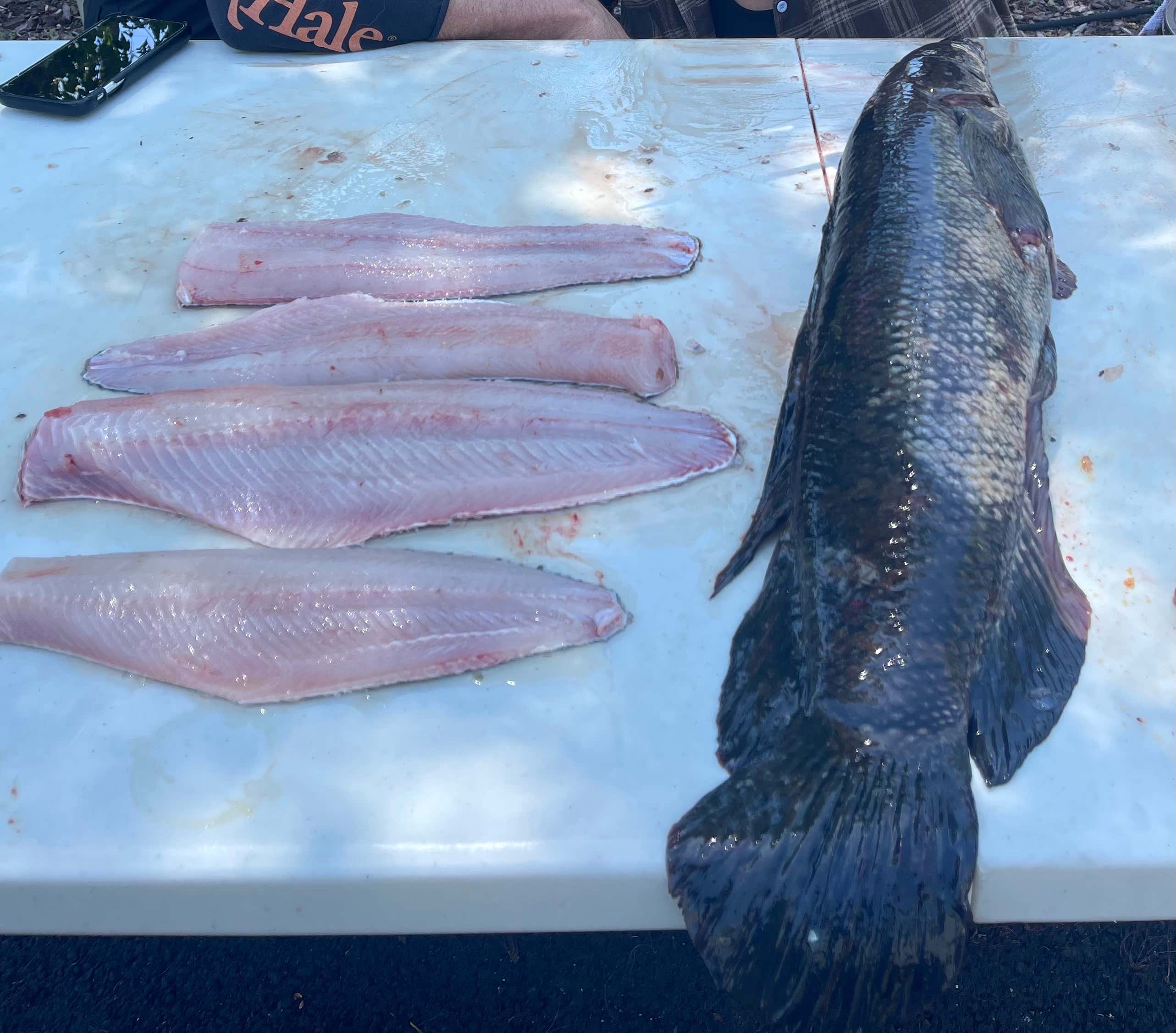