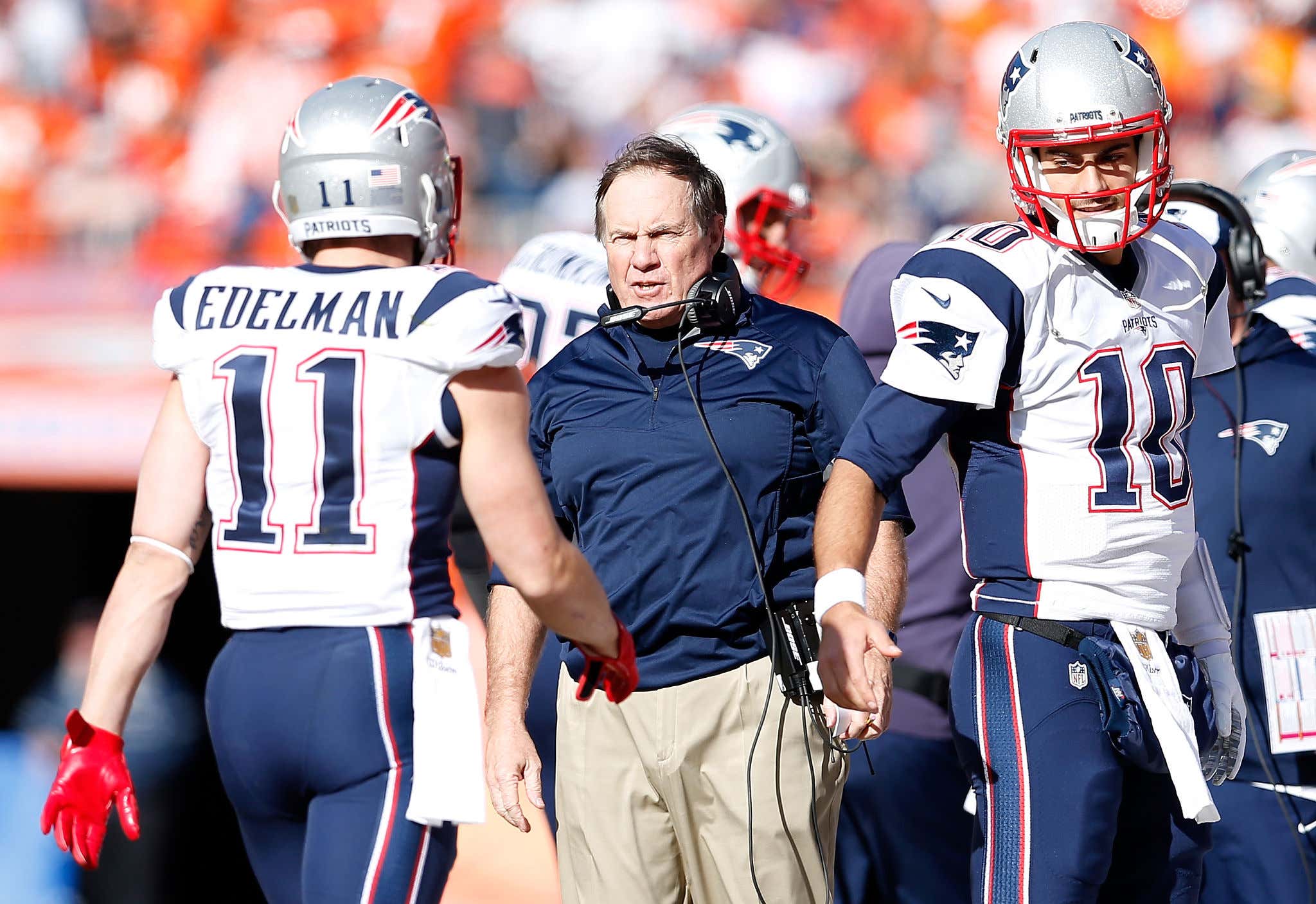 When you lose a respected Patriots player to retirement, it's a double-edged Hattori Hanzo sword that cuts both ways. On the one hand, you miss the little things. Like the unforgettable performances in huge games that lead to championships. On the other, you do get the sorts of insights that pull back the curtain on the Dynasty that you couldn't ever hope to get from anyone who still has to face Bill Belichick's wrath. In that way, it's not so much like losing a loved one. It's like talking to a friend who's single for the first time in a while and now can tell bedroom stories about his ex he never could before. Even if - as it is in the case of Julian Edelman - the split was 100% amicable.

To that end, Edelman went on Chris Long's podcast, and was asked about the worst film session he ever had to endure from the one of the toughest teachers ever to hold the remote in his hand.

“When I used to, like, fight in practice. I got into a fight with [Stephon] Gilmore.

H/T to NESN's Doug Kyed for finding the four year old photos of the fight in question, which took place in Gilmore's first Patriots training camp. And by the standards of typical teammate fights, it looked pretty nasty.

He puts it on and he’ll just sit and rewind it like 45 times. With silence. Silence! And then when he stands up, there’s a guy that his job is to go run and turn the lights on. So it’s, like, majestically turning on.

“So he sits and rewinds it like 45 times and he stands up and says like, ‘What the fuck are we doing? We can’t have this.’ Just going on and just ringing me like, ‘You know what Edelman? You’re over here thinking you’re a tough guy.’ Just getting on me in front of the team. But I think low-key he loved it.

After little back and forth in which Long remembered that in his one season in New England, Edelman got ripped a new butthole in front of the whole roster for dropping a punt against Pittsburgh (which left an impression with Long, but Edelman admitted he doesn't remember it because he got that treatment so many times, he adds this:

“It’s really something to be said when a coach — I don’t know how it is in other places, but this guy every day -  for 45 to 50 minutes every day, would break down three phases of the game and he could call each phase of the game like he was a coordinator. And he’s called plays for each phase of the game. I didn’t really realize that until I heard guys like you come in and say, ‘This is crazy that you guys come in and meet every morning for this long and he’s putting on a 60-play cutup that we all have to watch.’ I didn’t realize that.”

Somebody do me a favor. Take these stories, put them in aerosol form, put them in a spray can and let me huff them to fire me up like Nux did in Fury Road. [Disclaimer: Do NOT do that. Huffing spray paint destroys lives and communities.]

This is what separates the Edelman's from the guys who can't hack it in New England. Your Cassius Marshes or Adalius Thomases. Or Reggie Wayne, who lasted a couple of weeks of training camp and decided to retire because he was not in the business of working that hard at the end of a long career. Edelman and all the other great players who've lasted during the Dynasty era are the sorts who want to be coached. Driven to achieve and sustain success. To be ridden hard and put away wet. It's a long list but just to name a few: Troy Brown. Matt Light. Kevin Faulk. Vince Wilfork. And from the current team, Dont'a Hightower, Devin McCourty, David Andrews, James White. Guys who had their chances to go someplace where morning meetings packed with 60-play cutups and insult comedy are unheard of, not a basic part of the work week. And of course I'll include Tom Brady on this list, for tolerating 20 years of "I could get Johnny Foxboro to make that throw" before enough was finally enough. That couldn't have been easy.

It's hard to hear Edelman's stories and not feel fortunate to have a coach like this who so many players like this have responded to. Because they want to get the best out of themselves and realize he's just the man to do it. Their egos and their feelings be damned, they recognize it's not personal, it's business. The personal comes later. Like when you retire. That's when he tells everyone what he's really been thinking about you all these years.

Goddamn, I need a minute to compose myself.

And I'm back. This week of all weeks, it's also hard not to think about these stories in the context of the Celtics. How Brad Stevens is the furthest thing from Belichick in terms of style and personality. And in return he got a team that didn't respond to him, played soft, let a former teammate who basically left them for dead and then symbolically walked all over them to … well, walk all over them. And for his troubles, Stevens is now out of coaching. While Belichick will be on the sidelines until the heat death of the universe. Different sports, different leagues, different power dynamics, I'll grant you. I'm just saying again we're fortunate to have this coach and the players who love the way he does his job. I wouldn't have it any other way.