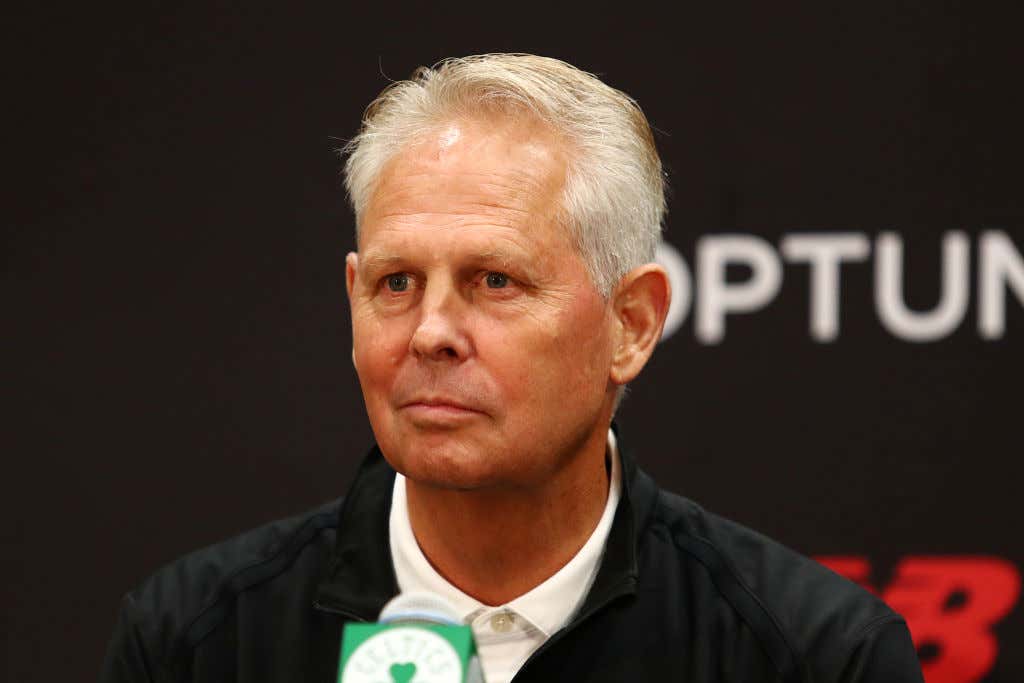 Uhhhhhhhh holy shit. The offseason is like 12 hours old and we already have our first gigantic Woj bomb. As you probably know, Danny Ainge has been the GM of this team since 2003. He helped build the only team I've ever seen win a title. He's responsible for the two Jays being in this uniform. He's also had his mistakes just like any other GM. As the team faces one of the biggest and most important offseasons in recent memory, they could potentially have to do that with a new GM. I'm sure there are some fans that love hearing this news, that have been screaming for Ainge to be fired for some time now. This report from Woj obviously didn't come from nowhere, he's the one the Celts go to when they want to leak something. I'd say there's a good amount of validity to it.

Now, what we don't know is what this fully means. Does Ainge step down and take on a Pat Riley role and they bring in a new GM to run the day to day? Is that guy Mike Zarren finally? That'd be cool I guess, Mike Zarren is a fucking genius. If Ainge is out, what does that mean for Brad? Seems like everyone is sort of a package deal no? You then have to worry about how this new GM views the future and their plan. Maybe they aren't as in love with keeping both the Jays as Ainge is. Or Smart. Or Kemba. That's a HUGE piece to this whole puzzle.

As I process this in real time, my brain is now wondering if because this team feels they need to make trades this offseason, Ainge can't be that guy. Teams either won't engage with him or the team feels they'll make Ainge over pay. I literally made that up in my brain but I think everything is on the table. Let's say they bring in someone like Masai Ujiri. Well you might remember that he had no problem trading his best player for a rental in Kawhi. Something Ainge refused to ever do.

Then we have this bomb

The truth is, the roster Ainge built this past season was not good enough. Plain and simple. Now it's also true that given their health and covid issues we never really got to see his plan on the court, but the results are what they are. They were a 7 seed and lost in 5 in the first round. That's not good enough.

All I know is if you think this is the last Woj bomb we're going to get, you are sadly mistaken. Buckle the fuck up.