"Beers for the boys!"

Les Habitants did it. They came back from down three games to one and knocked off the heavily-favored Toronto Maple Leafs in seven to send their O6 rivals into yet another summer tailspin. And I wasn't one bit surprised. To the best of my knowledge, only two North American hockey media folks picked Montreal to beat Toronto.

Mike Kelly back in March.

Holy shit, this guy predicted the entire bracket two months ago. Full props to him. 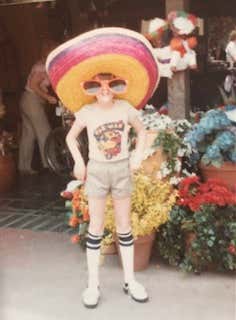 One of the reasons I picked the Canadiens is because I know good and goddamn well what they're capable of come playoff time. They even made me their bitch as a little kid. 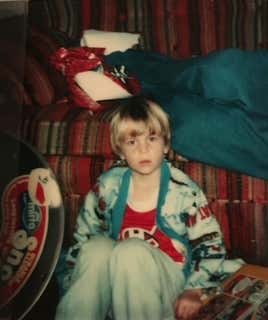 (After this pic was recently unearthed, I called my mother to get to the bottom of it. Apparently, it was a gift from one of our "Canadian kids" that stayed with us. No, we weren't human smugglers. It was a popular thing in the '70s and '80s where a local team would go to Canada and the player would stay with a Canadian family and when the Canadian team came down, a canuck would learn how say "go fuck ya-self" in English. When my brother when to Montreal, he was their "American kid".")

By the way, once this thing hit the internet before Game 7, that should've been every gambler's cue to load up on the Habs…

I was already locked in at +280 for the series but still took them -1.5 +390 because I'd seen this movie before and I knew how it was gonna end. And just for good measure, I gave out this easy winner yesterday afternoon.

So now the Habs move on and try to keep the dream alive while the Leafs find themselves in yet another nightmare. You just hate to see it.

(Apologies if I missed any other N.A. hockey media who also picked the Habs.)