Newsweek- "Legends of the Hidden Temple" is the latest big 1990s show to be rebooted—and applications are open now for contestants. The action-adventure game show originally aired on Nickelodeon from 1993 to 1995, and set children a series of physical and mental challenges to retrieve artefacts in a Mayan-themed world.

Originally set for the ill-fated streaming service Quibi, the reboot will now be on the CW—but there's a twist. This time, the contestants will be adults. Here's how to sign up to face the Steps of Knowledge, Moat crossings and of course Olmec, the talking Mayan head voiced by Dee Bradley Baker, from Star Wars: The Bad Batch.

Applications are open right now for '90s kids (or older) who want to appear on the reboot.

As with the first version of the show, contestants must apply in teams of two. This time, however, they have to be 21 or older. They must also be available to film in Los Angeles in July.

The production company has set up a website where potential contestants can apply to be Purple Parrots, Blue Barracudas, Orange Iguanas, Red Jaguars, Silver Snakes or Green Monkeys. You can visit this page at legendscasting.com.

If you grew up in the 90s, or were in highschool/college in the 2000s and didn't know what "Legends Of The Hidden Temple" was what were you doing with your life?

Nickelodeon had a run in the mid 90s with their gameshow - G.U.T.S., Legends, Nick Arcade, What Would You Do, Wild and Crazy Kids, and their SNICK lineup - Clarissa Explains It All, Roundhouse, Alex Mack, All That, and Are You Afraid Of The Dark?, that was only rivaled by ABC's TGIF. They had a monopoly on the kid, tween, and teen demographic for a solid 5-6 years.

All those shows were hot fire, but none were on the level of Are You Afraid Of The Dark and Legends Of The Hidden Temple.

When you think of perfectly constructed game shows, Legends is at the top of every list.

From the opening intro

To the semi-weird, overly enthusiastic host Kirk Fogg (who actually let some secrets about the reboot slip to TMZ a couple weeks ago)

And some of the worst casting for an athletic game show of all time. And unbalanced teaming with zero regard to parity whatsoever.

The show's producers used to STACK the Silver Snakes team to the fucking heavens. Talking dynasty. It seemed like every other episode the cock sucker Silver Snakes were running laps around the bufoons on the Purple Parrots (a team that never won, my team). 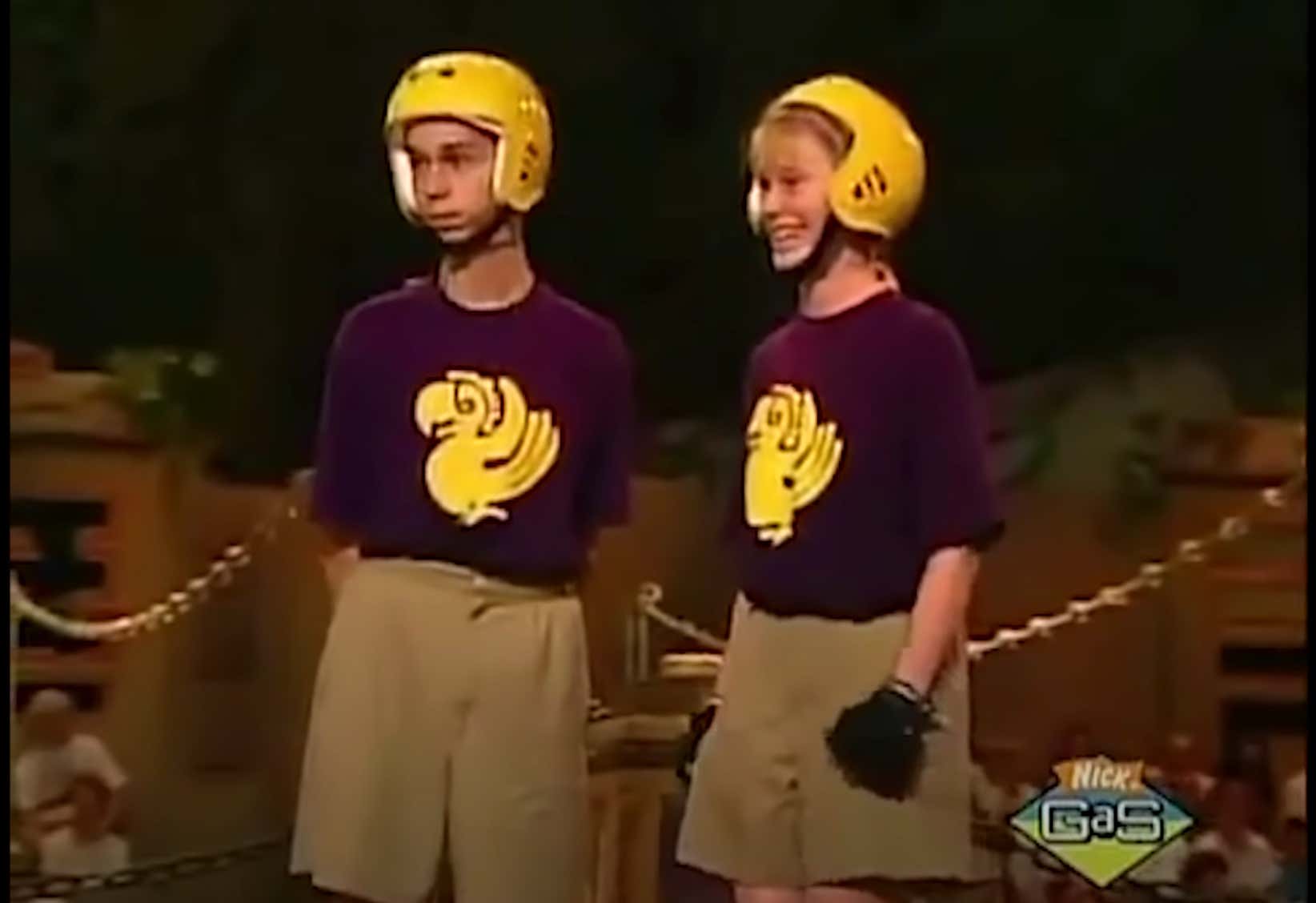 The show would start off with this fuckin guy-repelling into the frame from the rafters like a certified bad ass. He'd pull the microphone from his tool belt microphone holster and welcome us all graciously to the jungle. 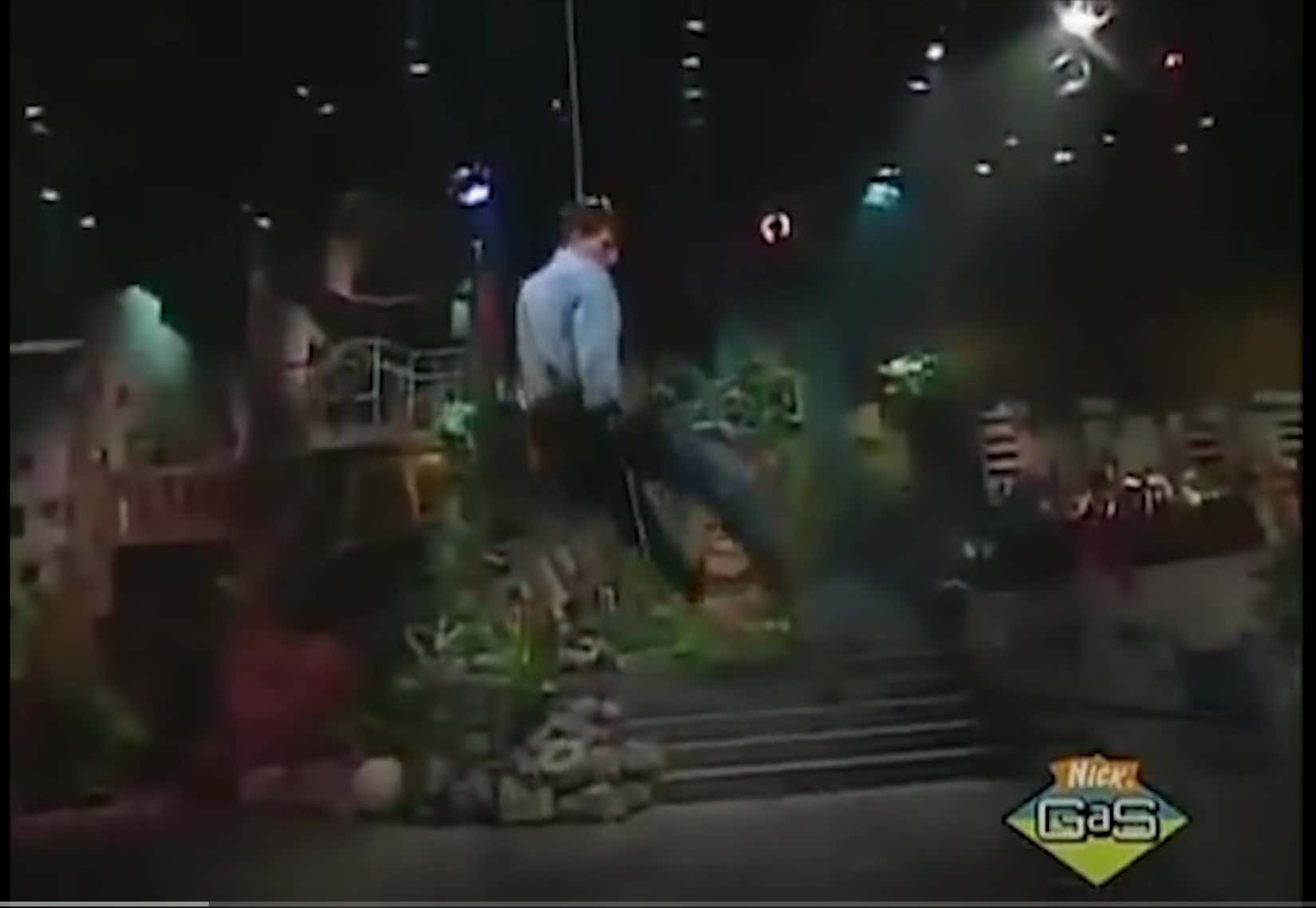 From there it was time for a race across the lagoon where each team member had to make it in order for you to win. Uncoordinated lanky kids were fucked here. 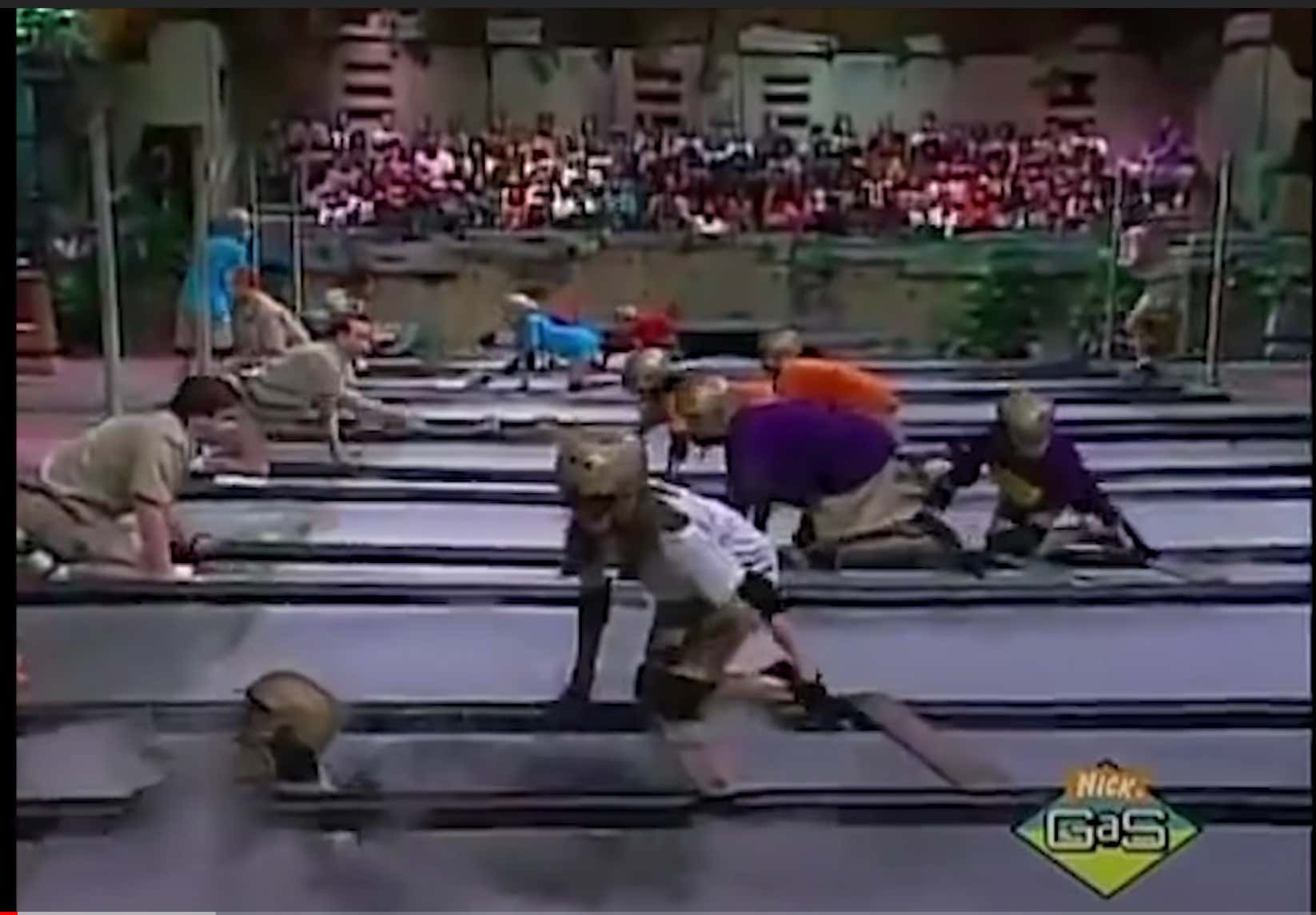 Some episodes it was shimming across on this weird contraption, others it was swinging across, or rafting- 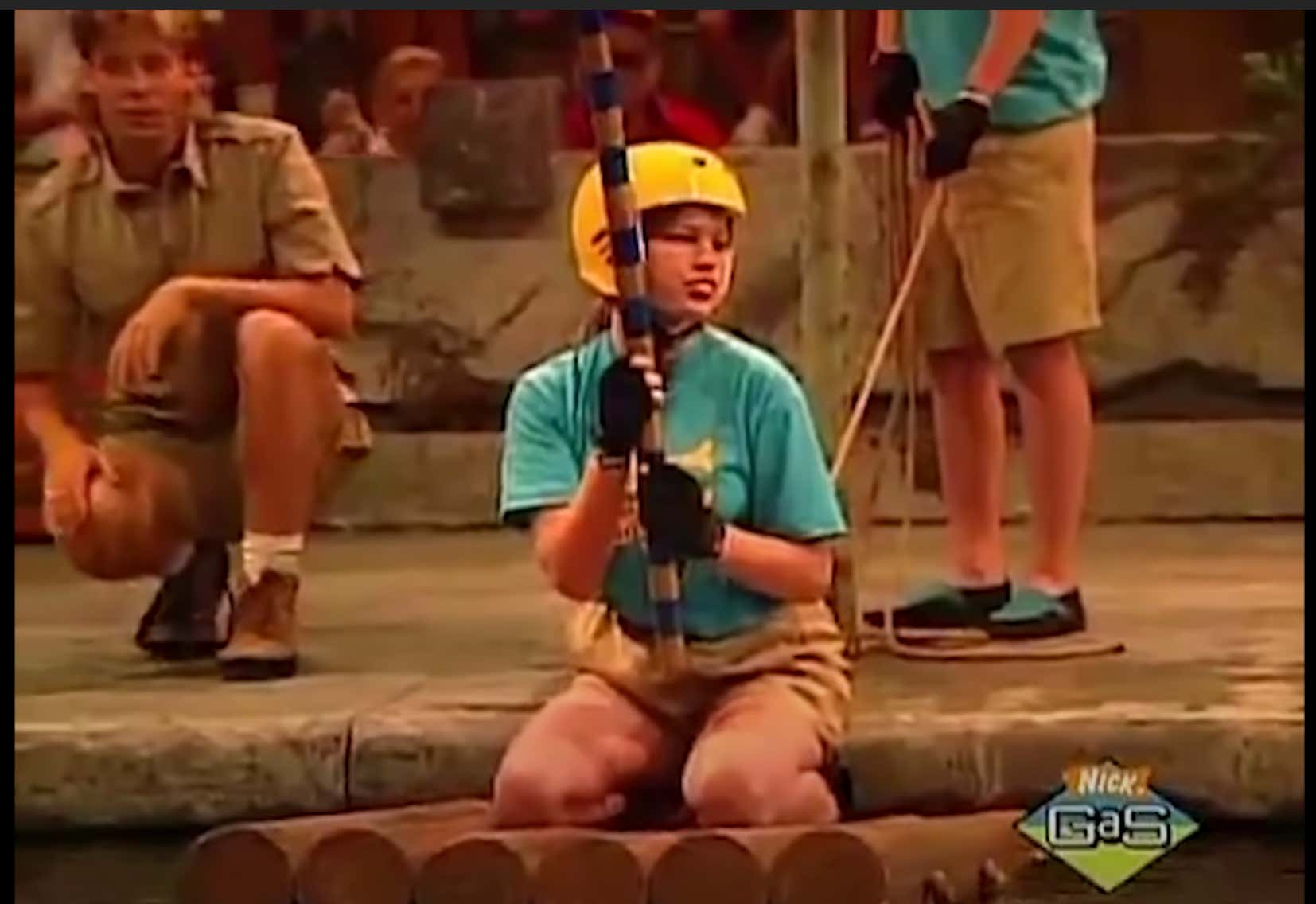 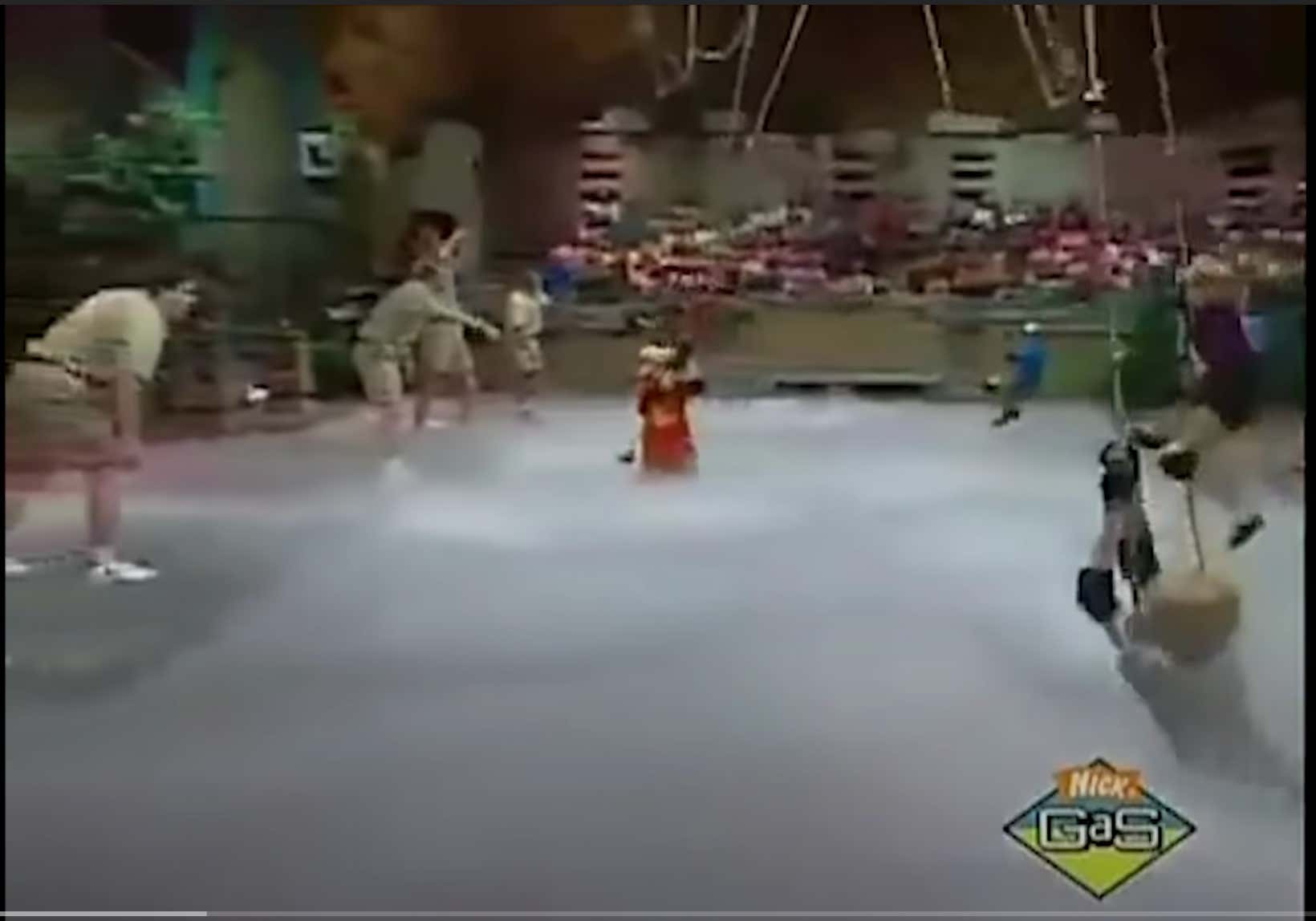 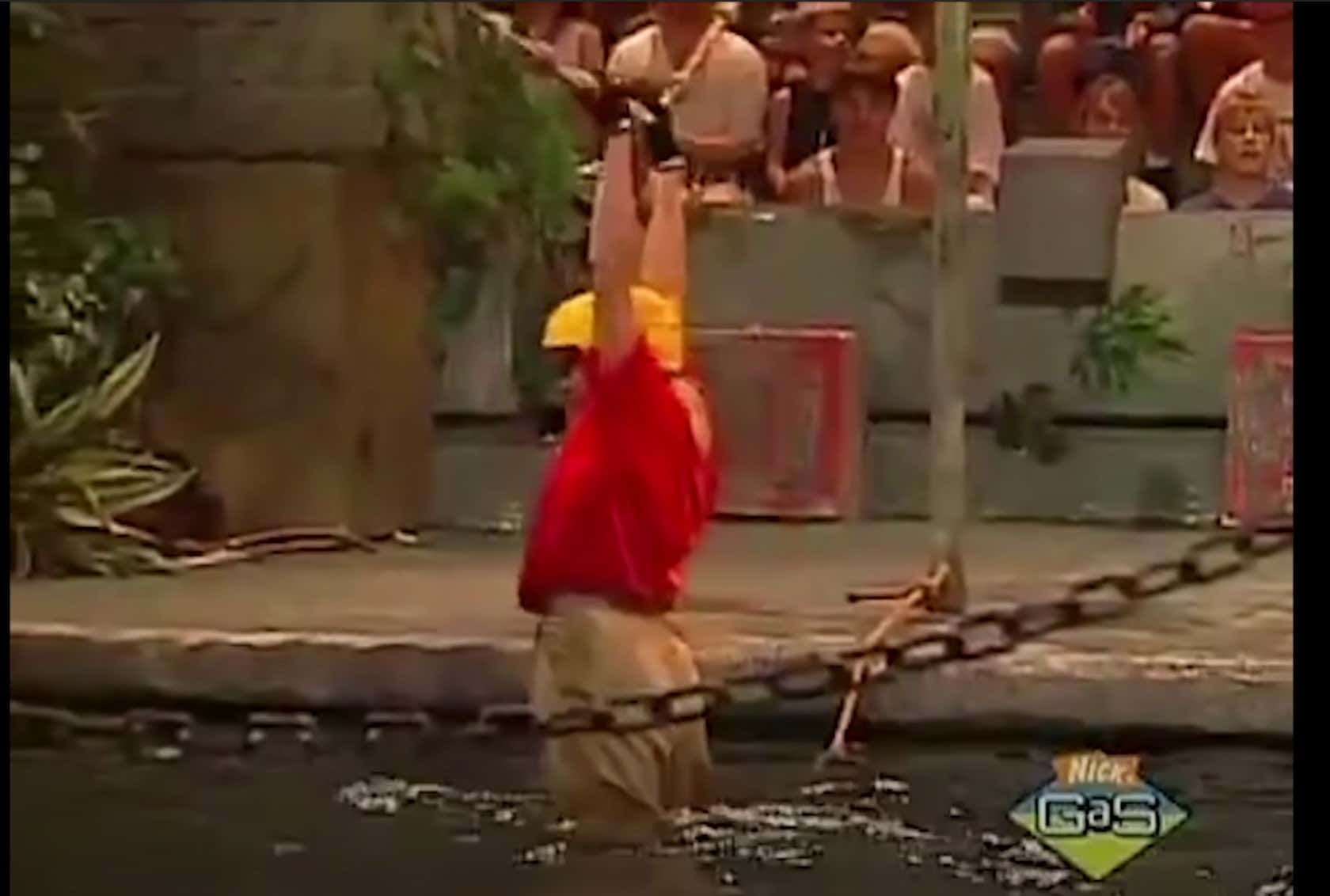 4 teams advanced with the last two teams of bums being sent home. But not without a sick consolation prize! 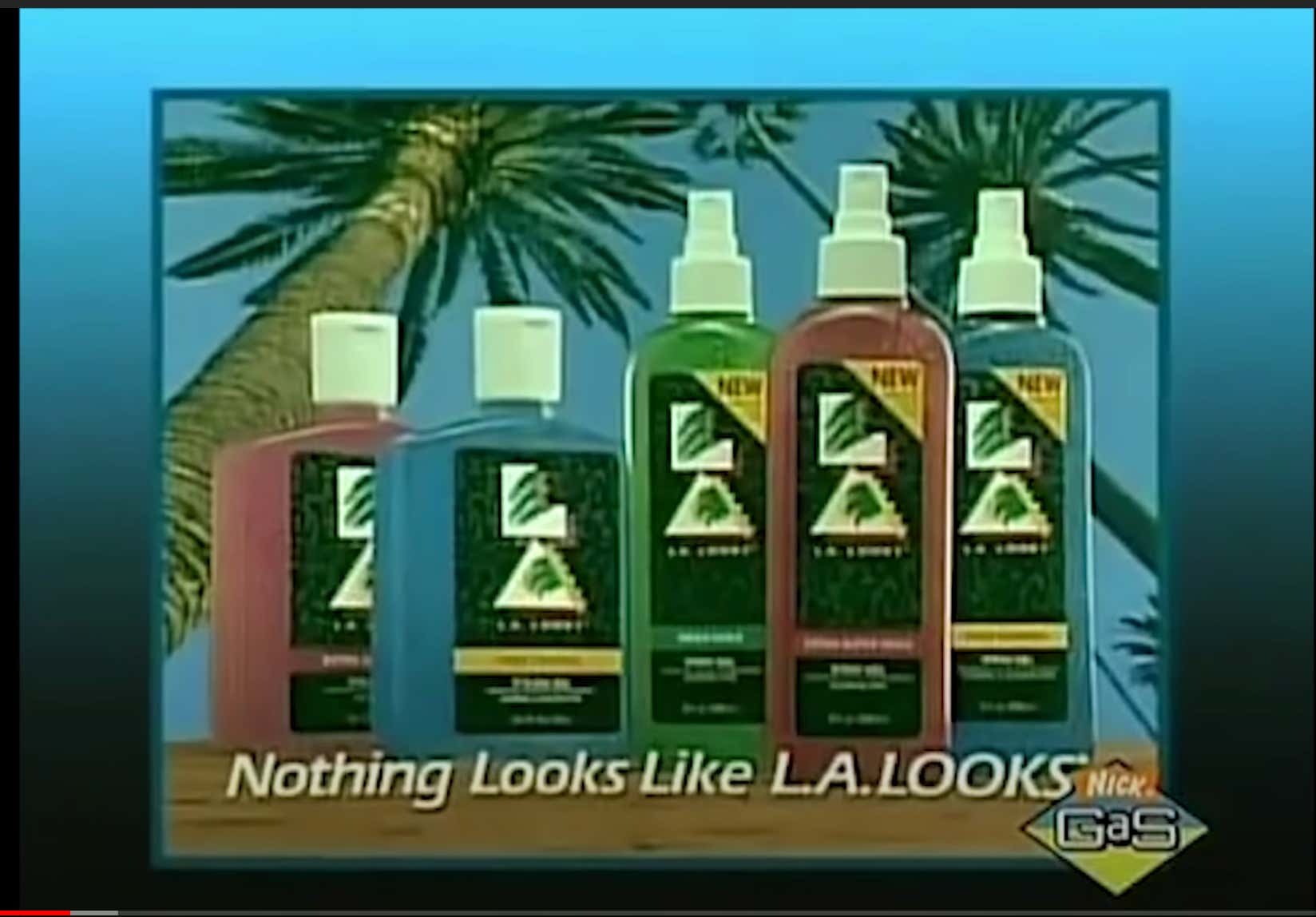 Next, we'd be enthralled with a wise historical lesson from Olmec, the talking Easter Islandish looking statue that was Kirk Fogg's awesome sidekick. 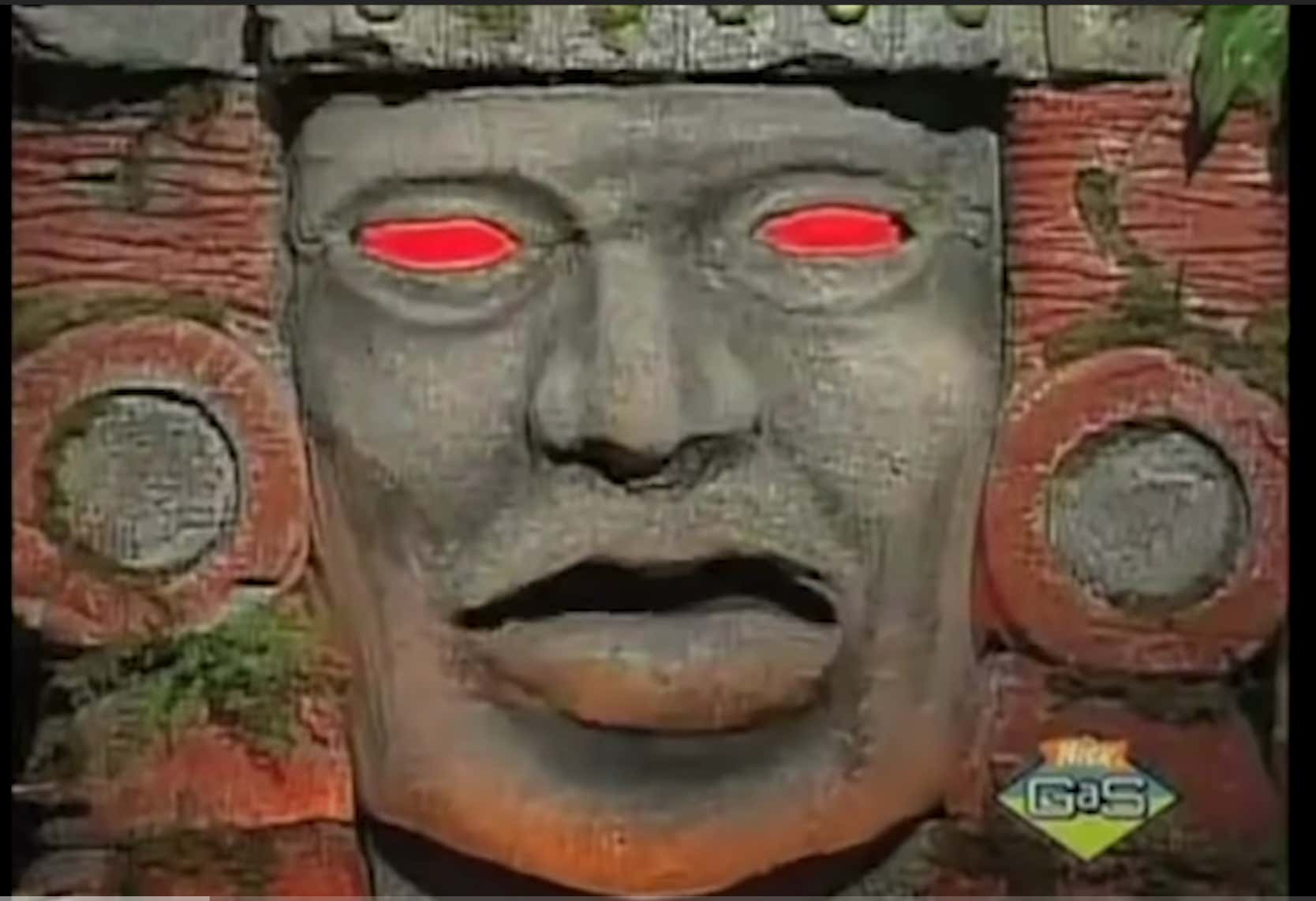 Each episode had a different storyline based loosely on historical figures 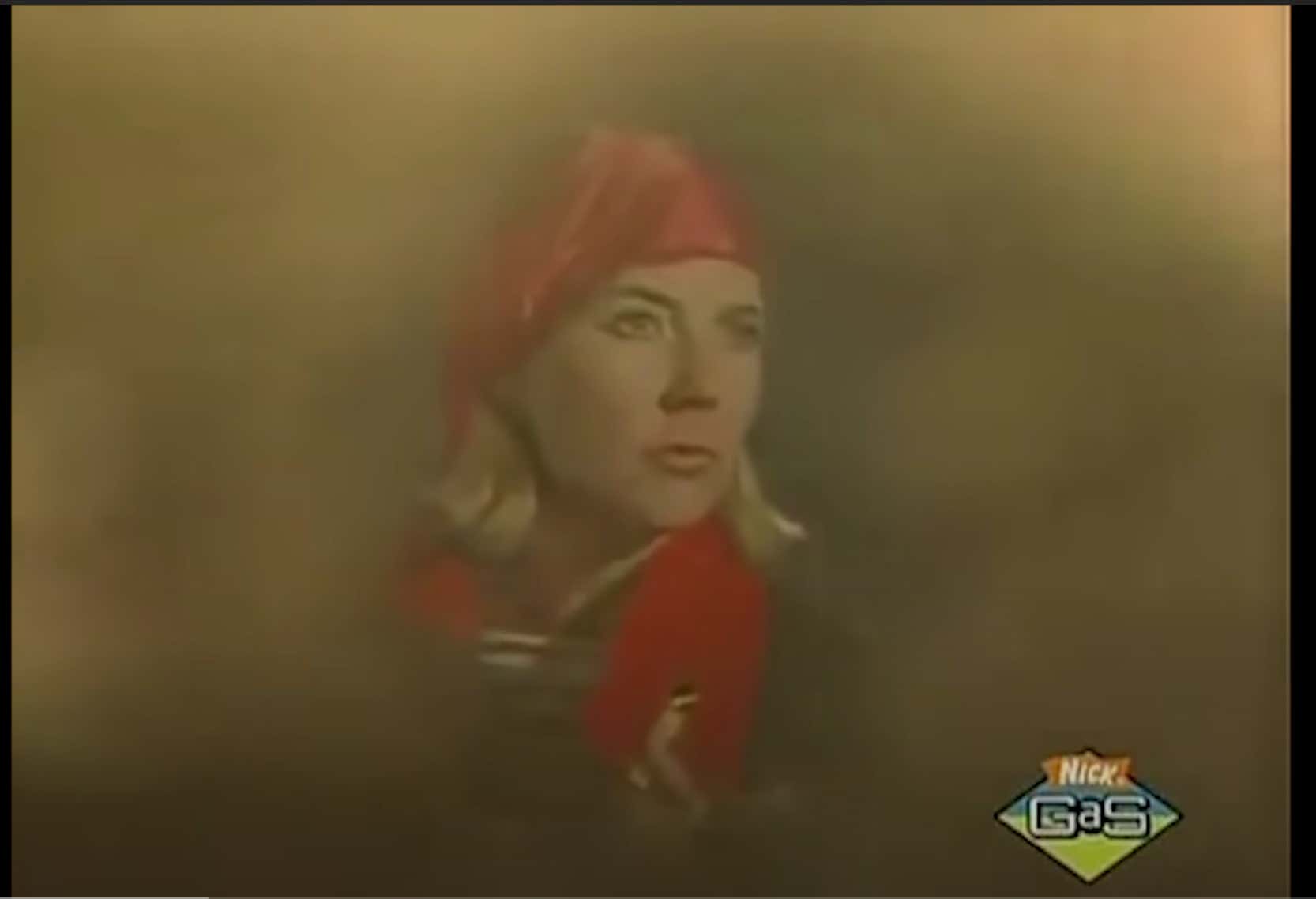 He'd usually drop several hints during his monologue that went completely over the contestants heads because come time to answer trivia questions at this stage of the game, "The Steps of Knowledge" it was like the kids were being read them in Greek. 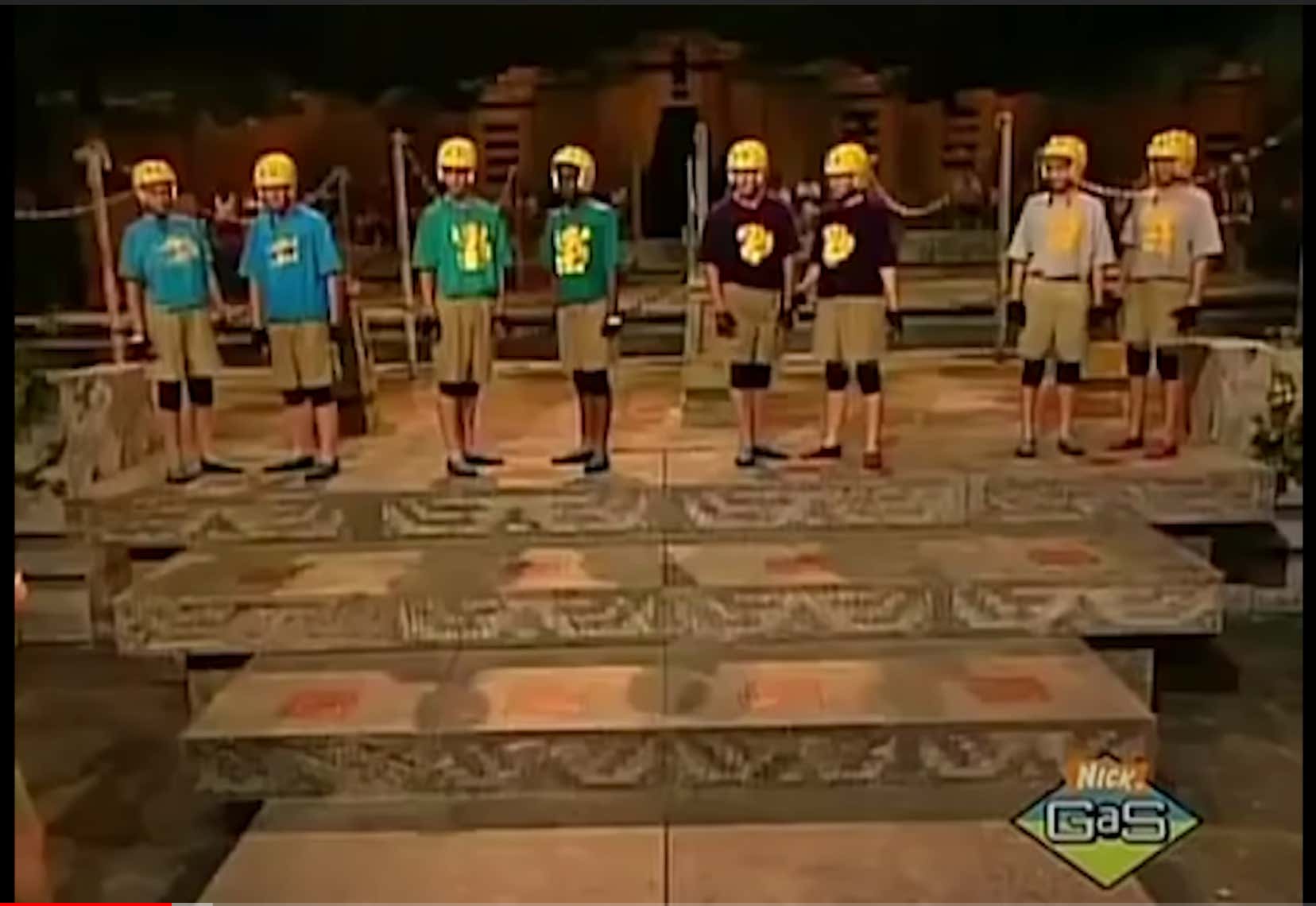 I'm pretty sure the show's executive producer moonlighted as that little league coach that used to manipulate assignments to stack his team like a loser and used to cast his buddies' kids on the Silver Snakes and feed them the questions ahead of time because they thrived at this game.

We'd eventually widdle the teams down to two winners and send two more teams of losers home. With even better parting gifts like Moon Shoes. 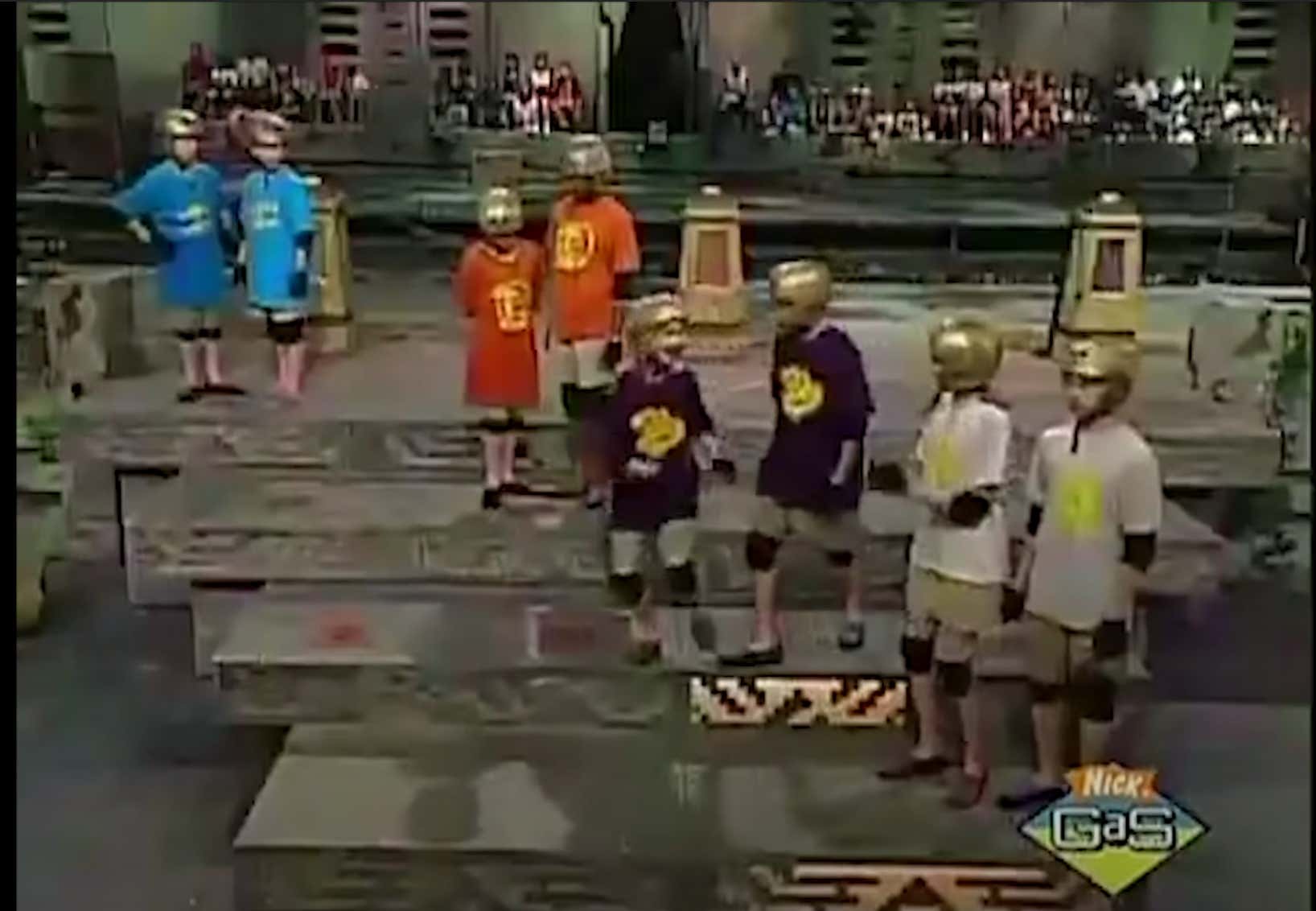 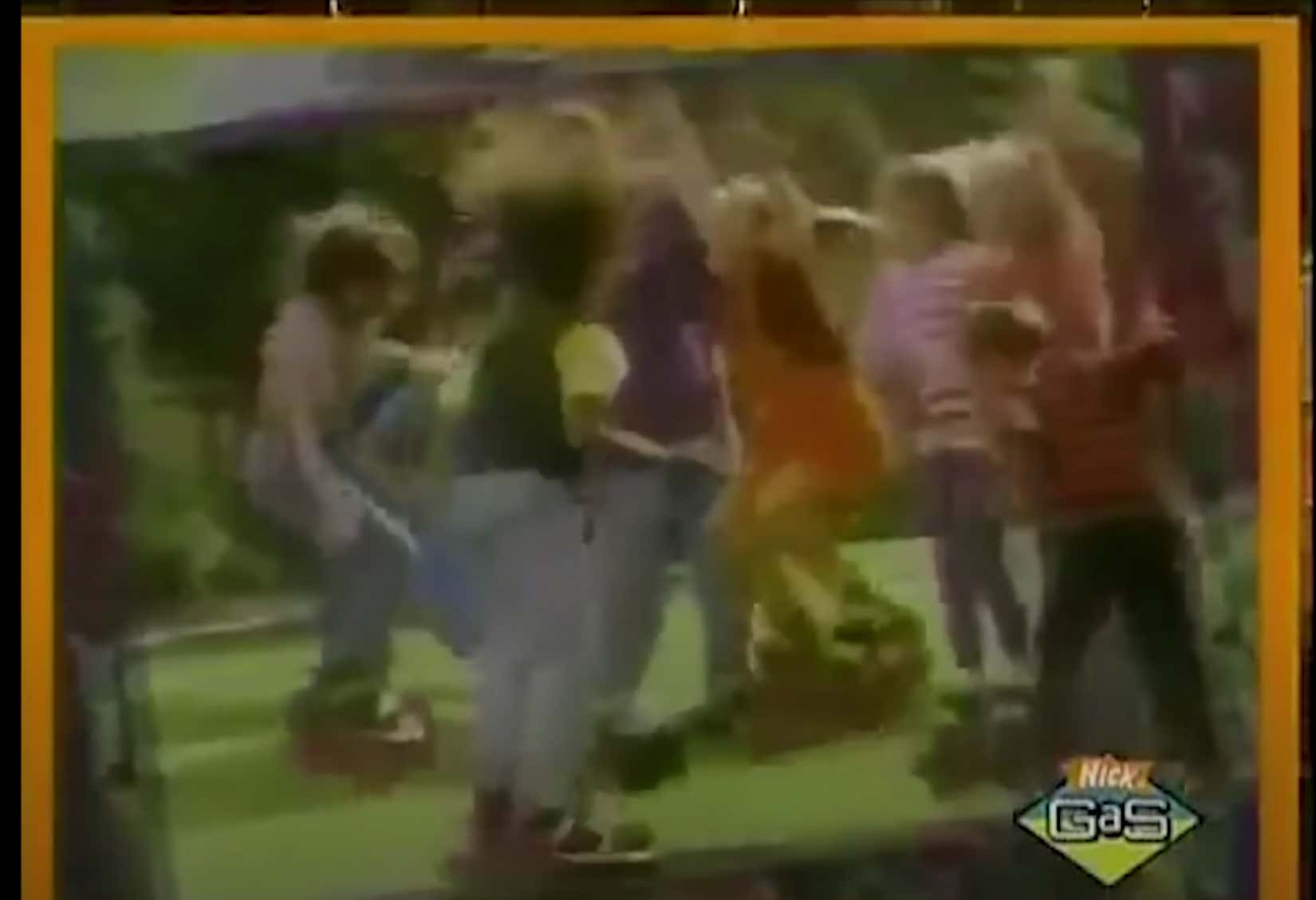 From there the two remaining teams would move on to a head-to-head matchup in three different games that varied every episode where the winner would receive "The Pendant of Life". Each of the first two games were worth a half a pendant and the third game was worth a full. 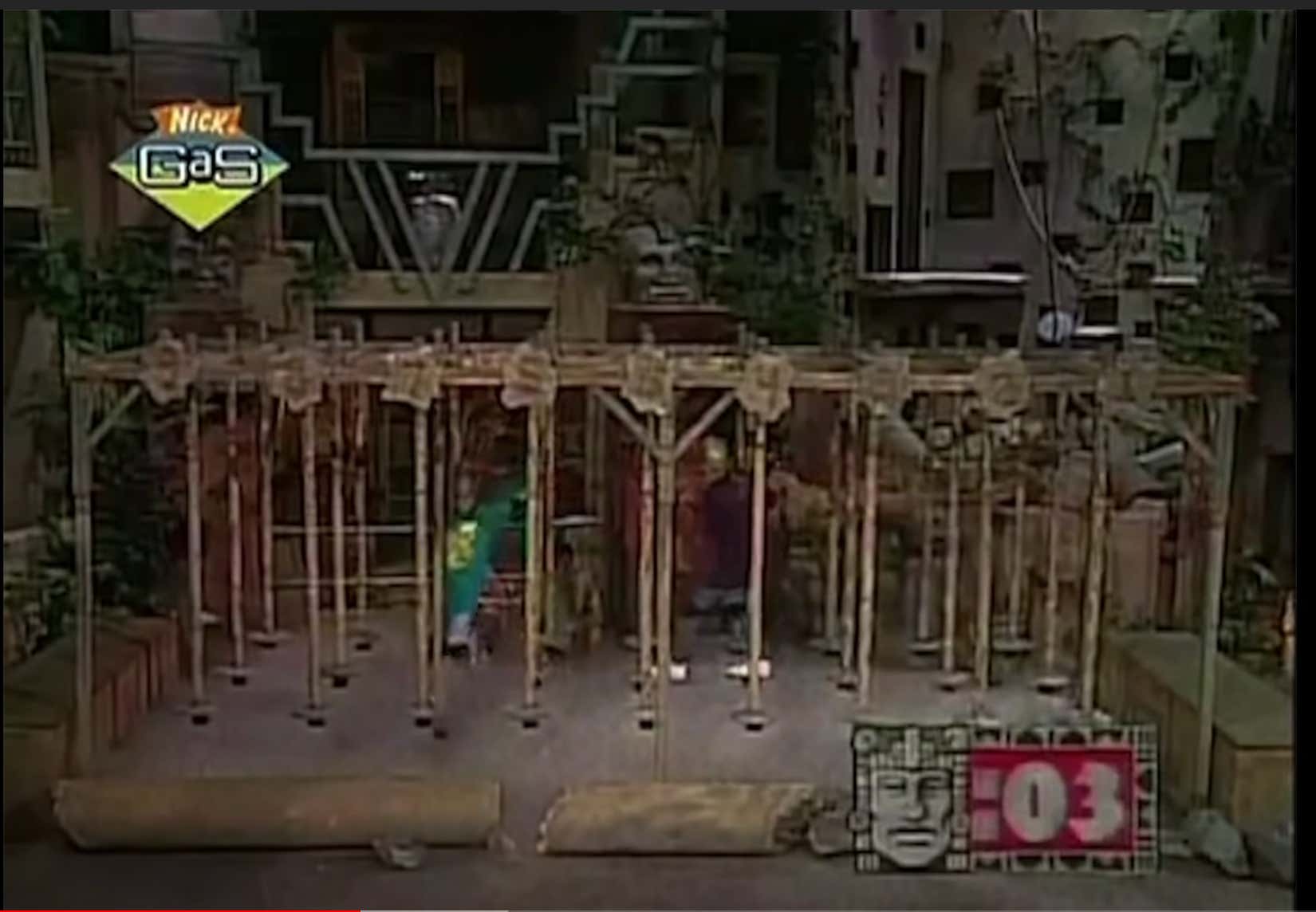 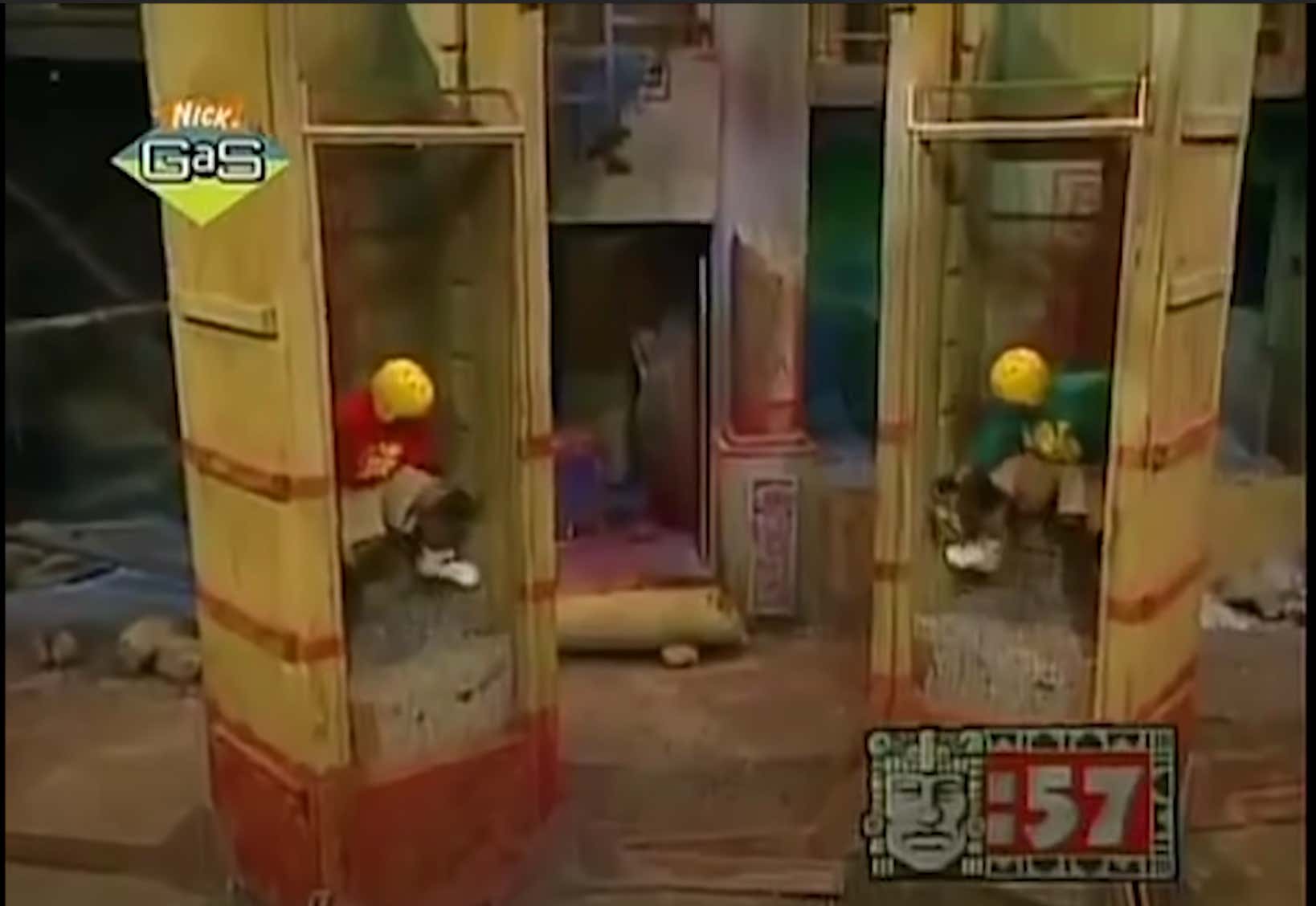 This Pendant of Life was a game-changer. It was pretty much essential if you wanted to win the grand prize. 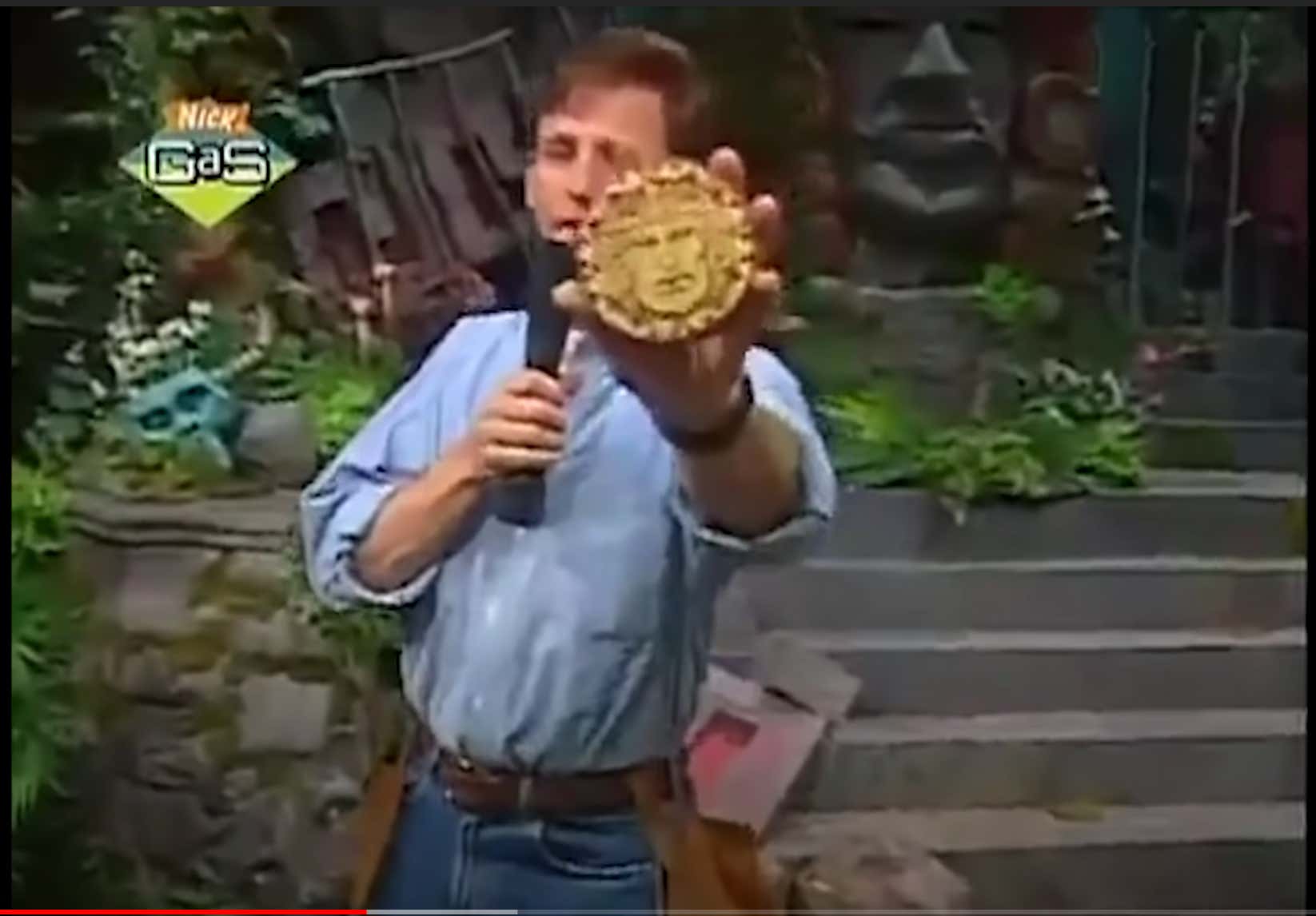 If there was a tie they'd pull this thing out and ask another question about the show's theme story to determine the winner. 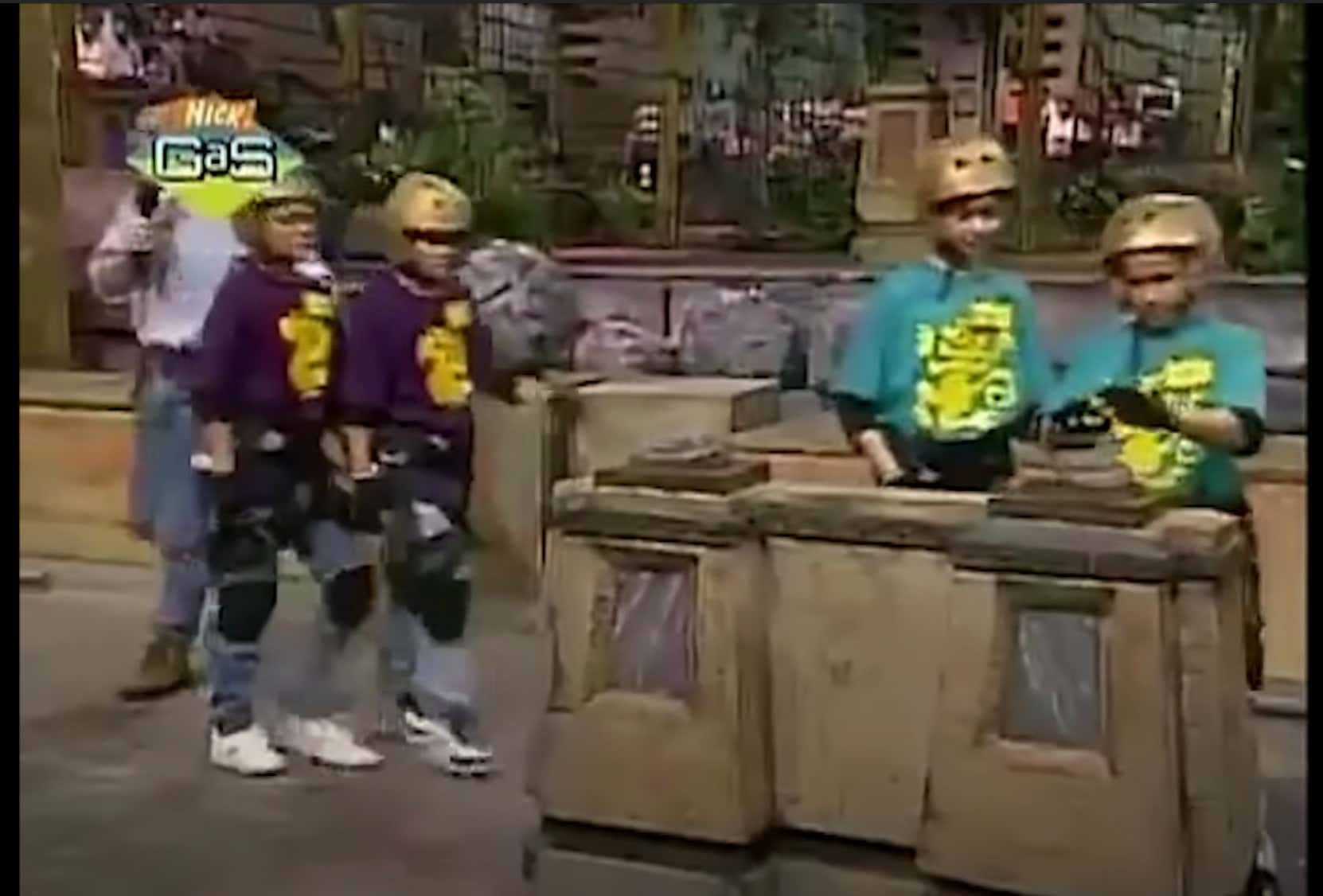 The winning team would get a quick run-through of the temple maze from Olmec and then they were off to find the show's treasured artifact. 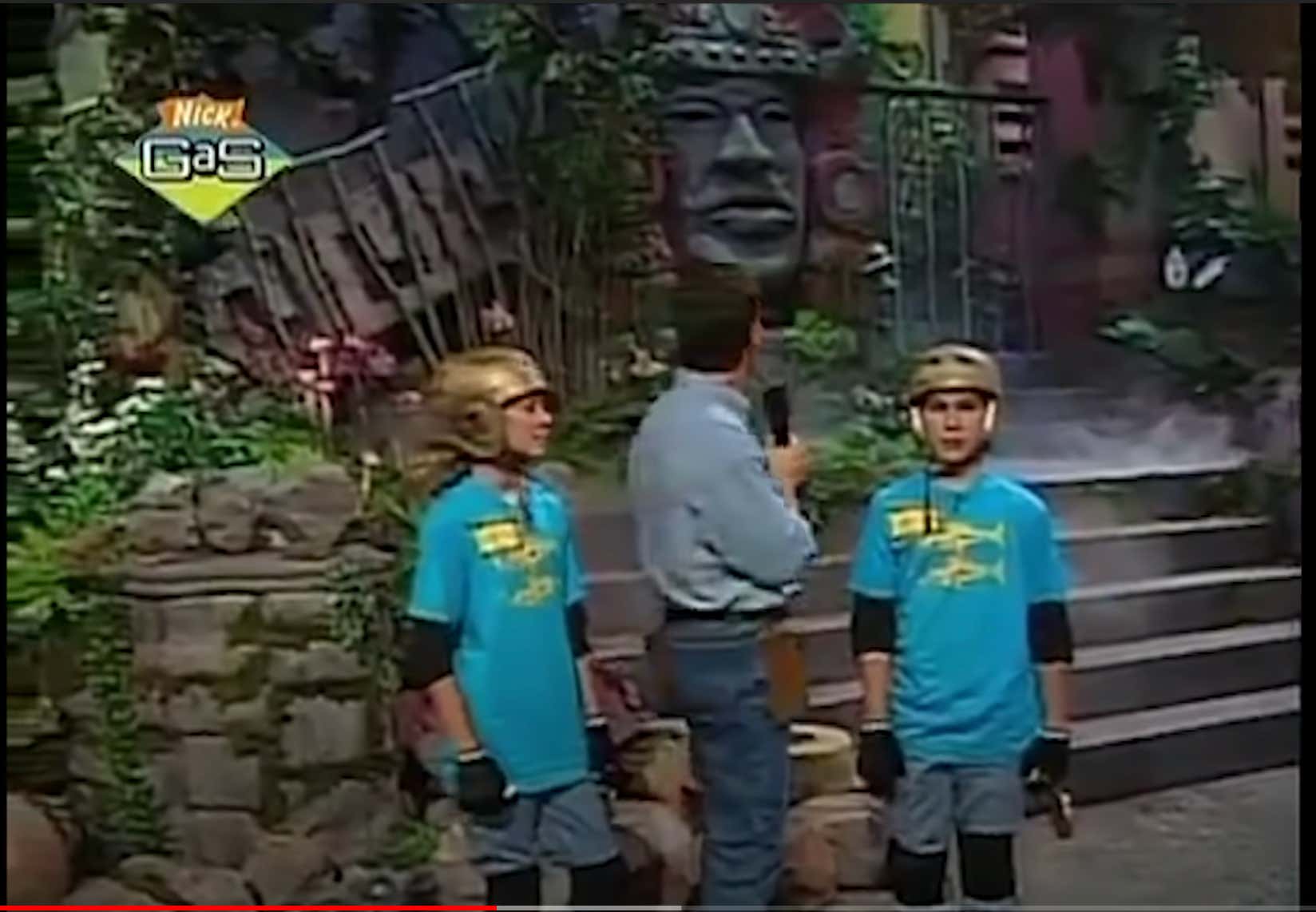 The kids would have 3 minutes to complete the task.

They would almost ALWAYS get caught by a temple guard that would jump out from a hiding spot and scare the piss out of them. 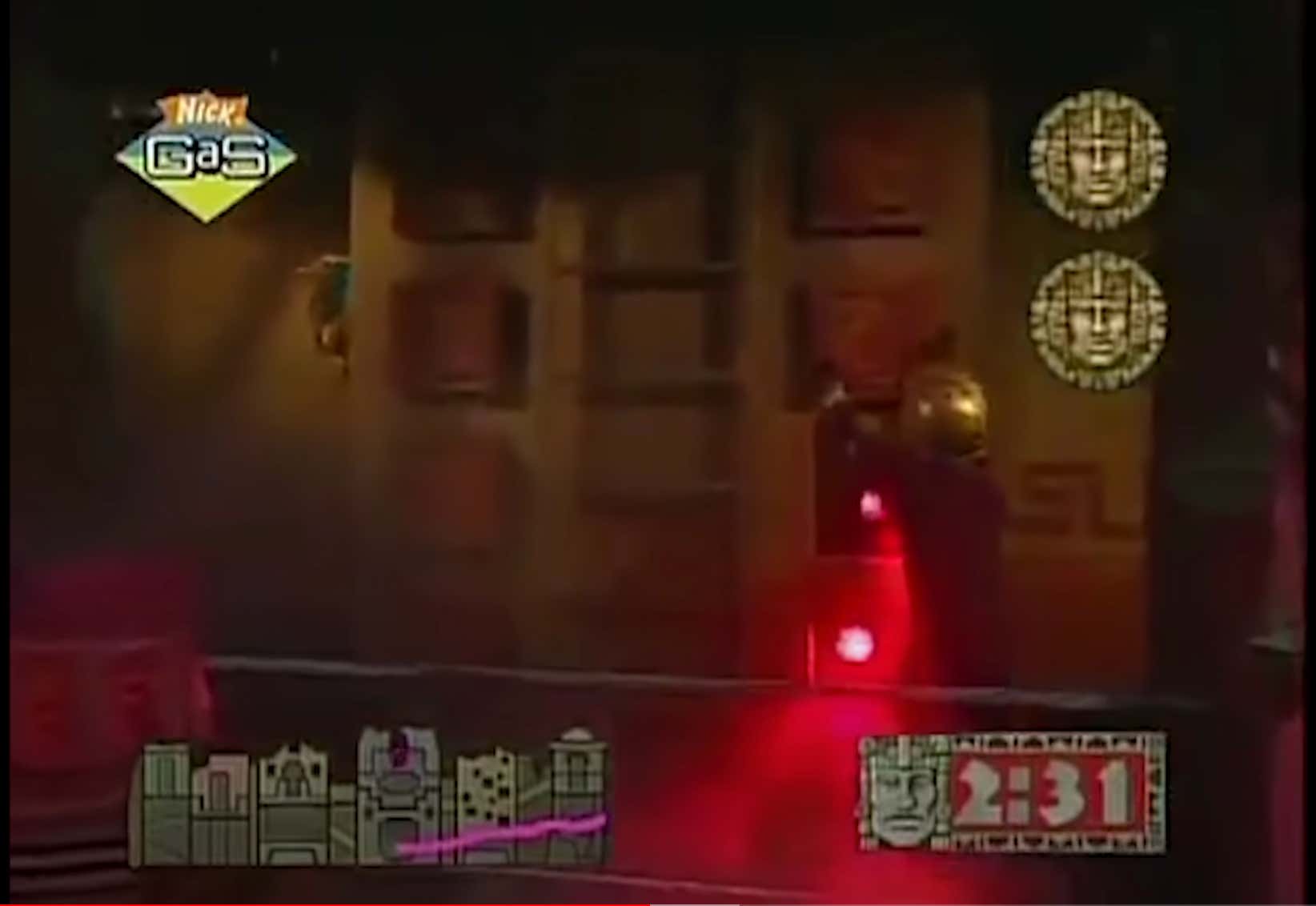 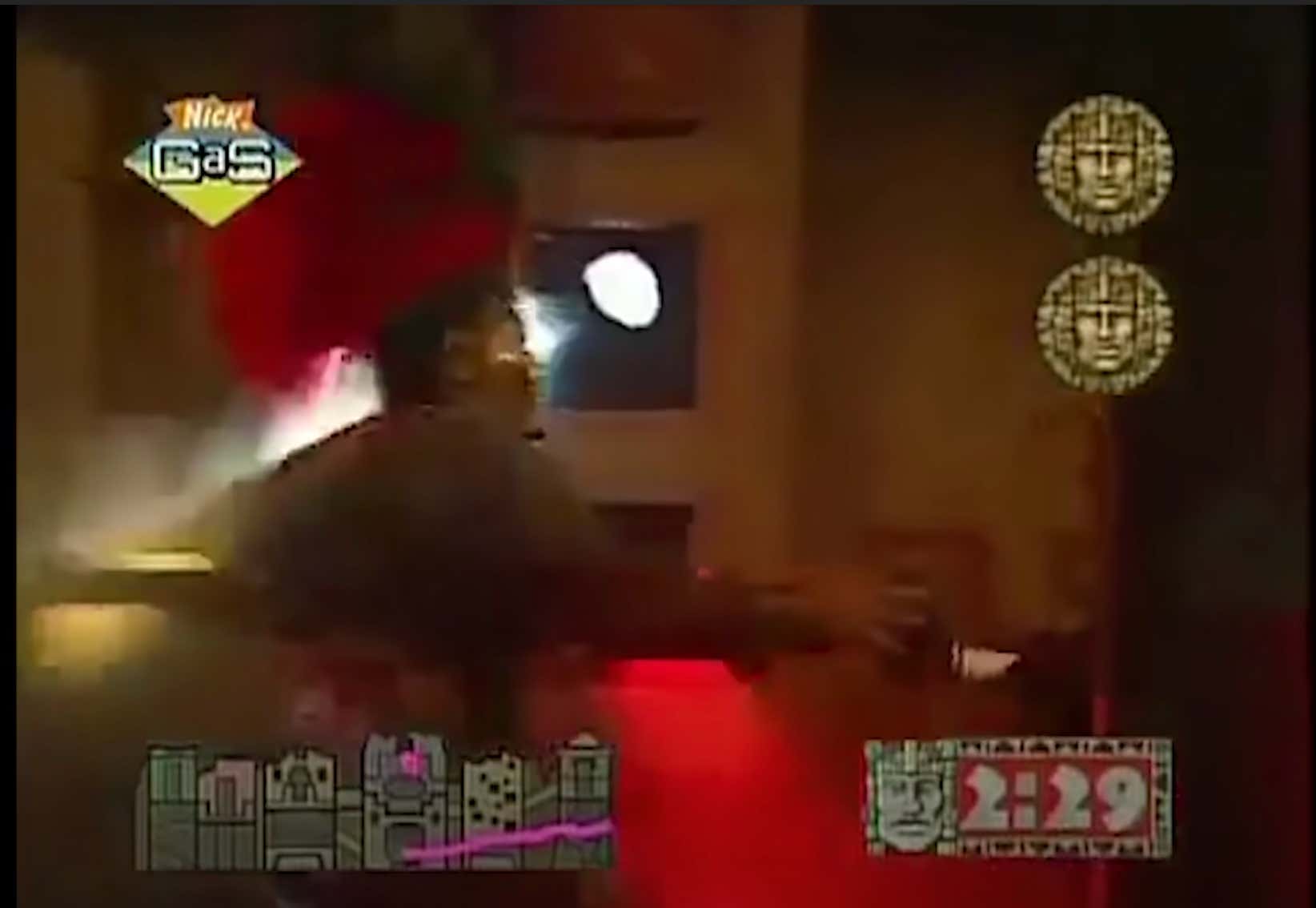 This is where the Pendant Of Life came in huge. They could trade one to the guard to continue on their quest. If they didn't have one then they'd get dragged out of the maze and their teammate would have to give it a shot.

They'd run into rooms that each had a puzzle to figure out in order to open up doors and trap doors to get into the next room.

No room was more confusing for these mental midgets than the infamous "Shrine of the Silver Monkey".

Literally three pieces, a bottom, middle, and head with a pole on it that you'd spike through to unlock the door. Sounds simple right?

Wrong. This thing was harder than Chinese arithmetic.

If the kids somehow found the artifact it would unlock all the doors and if they made it out of the temple in under 3 minutes they won the game. And in addition to monster bragging rights, also some sick prizes. Like a CD walkman. 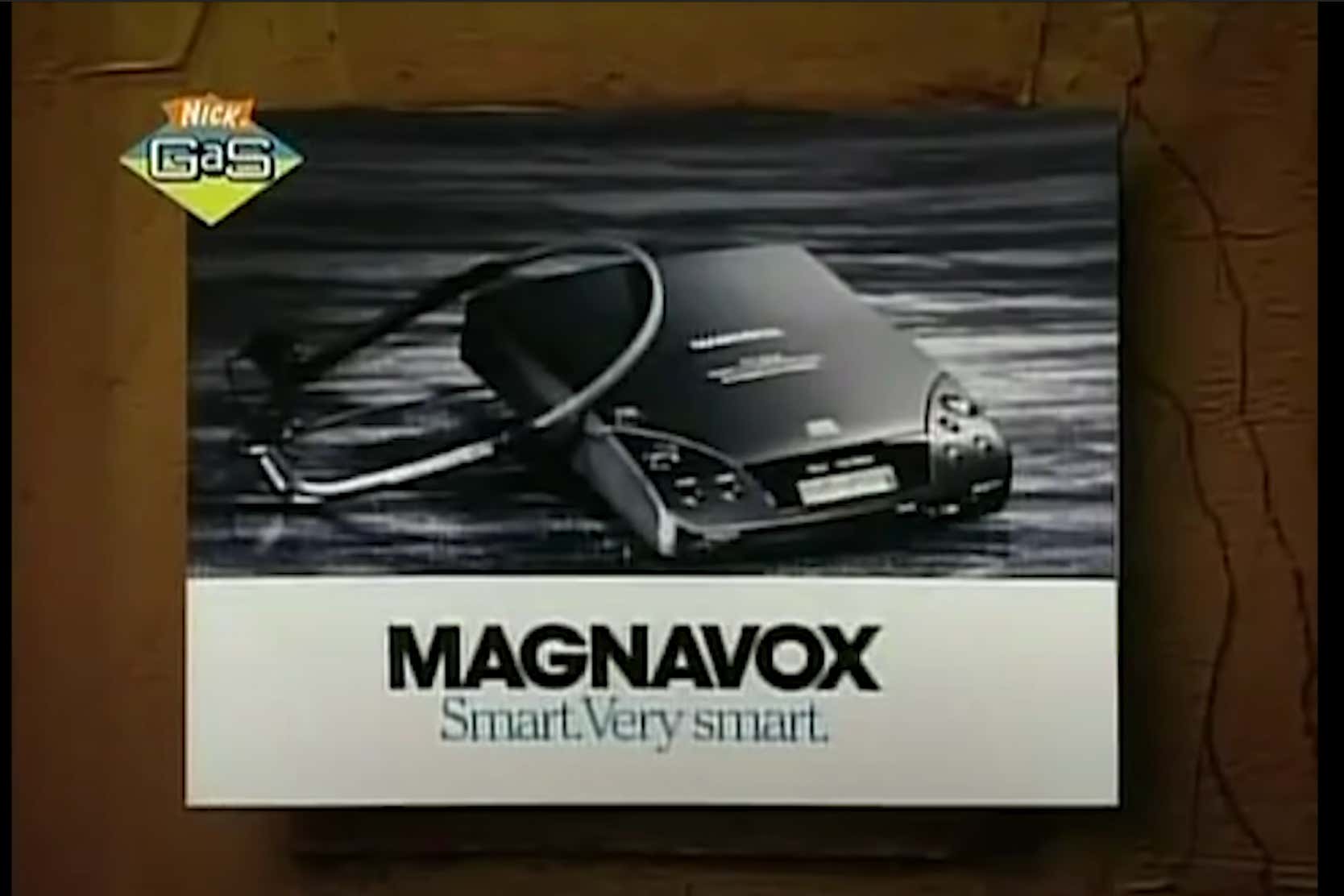 Kids today have no idea. They think having infinite amounts of streamable songs at their fingertips on their phone is cool. They have no idea what real cool was. It was walking around with 18 songs on a disc that would skip anytime you took a step (unless you had the state-of-the-art anti-skip detection) in your hand. Fuckin posers.

If you landed the shit grand prize you were headed to some desert location Ramada. 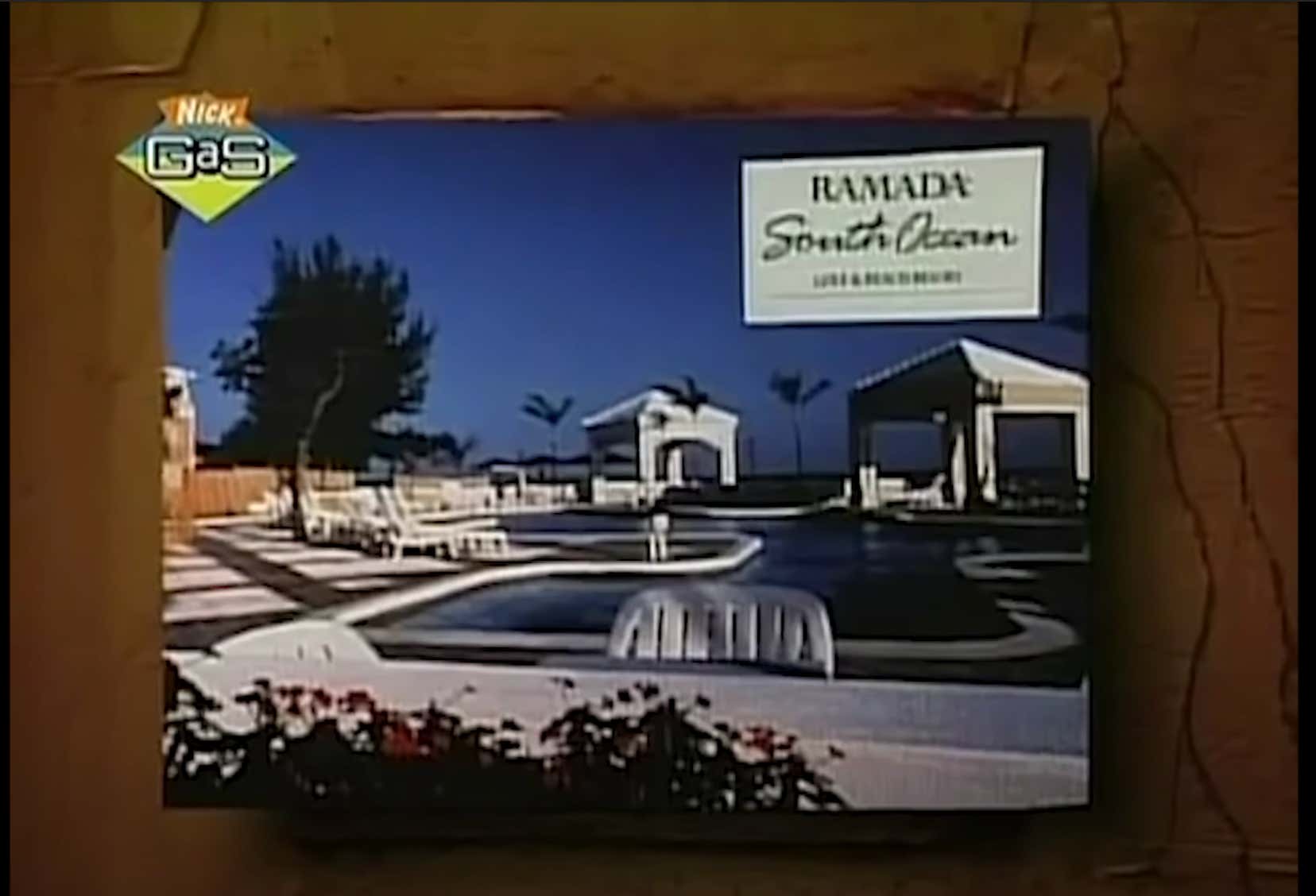 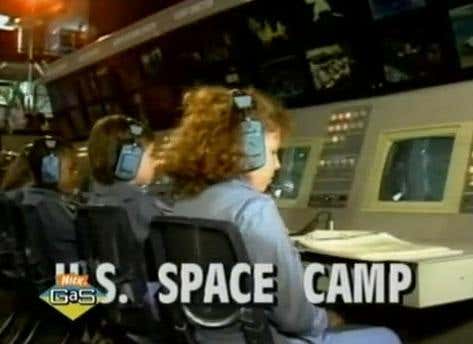 All time game show and you can bet your ass I submitted my application already. See you in the jungle come July chumps.

p.s. - I think Summer Sanders, who hosted "Figure It Out", on after Legends, taught me at a young age that older women was where it's at. Might have been my first ever crush. Such a babe. 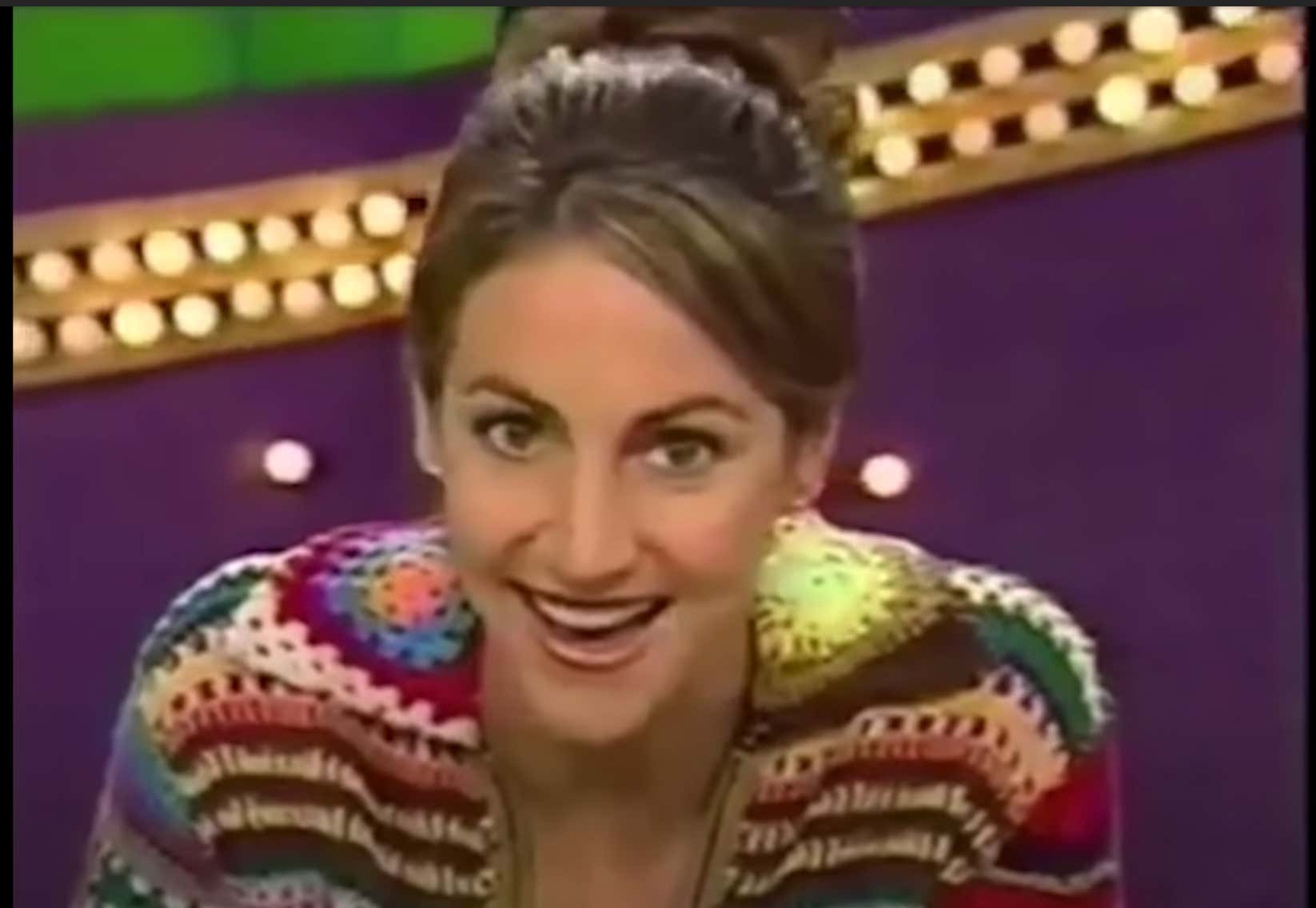 p.p.s.- My college roommates and I at Loyola used to get home from the bars (we had two, Pumping Company and Hamiltons) and watch G.A.S. on Nickelodeon til like 4 or 5 in the morning. The G.A.S. network was fucking awesome. It was just Nickelodeon game shows 24/7. We used to all have a personal team (mine was Purple Parrots, might have been the worst draft pick in history) and we would gamble beers, bar tabs, and other shit based on their outcomes. It got to the point where we would be screaming at the TV at 3:30 in the morning at some 14-year-old kid who would be in the room with the Wizard's Staff and not be able to find it right in front of their face.

It got so bad that a few years after graduating, when I had moved up from DJing in Rogers Park to the big league downtown at Manor, we dressed up for Halloween as a group and went as Legends contestants. Quite possibly the biggest dork move of my life. Definitely the worst picture ever. 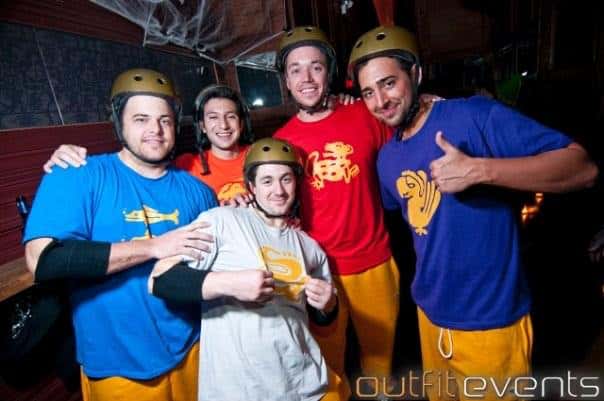 When I say NOBODY had a clue what we were I mean not a single person. Was kind of depressing but way more embarrassing. Needless to say we realized not everybody enjoyed the show as much as we thought.

p.p.s.- since we're telling embarrassing college stories, my friend Scotty was single throughout college, aka smart. He didn't need any help picking up chicks when we went out but for some reason we got the idea to tell girls that he was on G.U.T.S. when he was younger and won a piece of the Agro Crag, and had it at home in his bedroom. He'd play it off when they'd ask him like he didn't want to make a big deal out of it and sold the story perfectly. Over the years it developed into this whole story where he had the events down to a T, and who his competitors were, the whole thing. It was a real thing of beauty and to this day I haven't seen a pick-up line work better. Unless it's coming from Gaz.