She said NOT TODAY, BEAR. NOT TODAY! 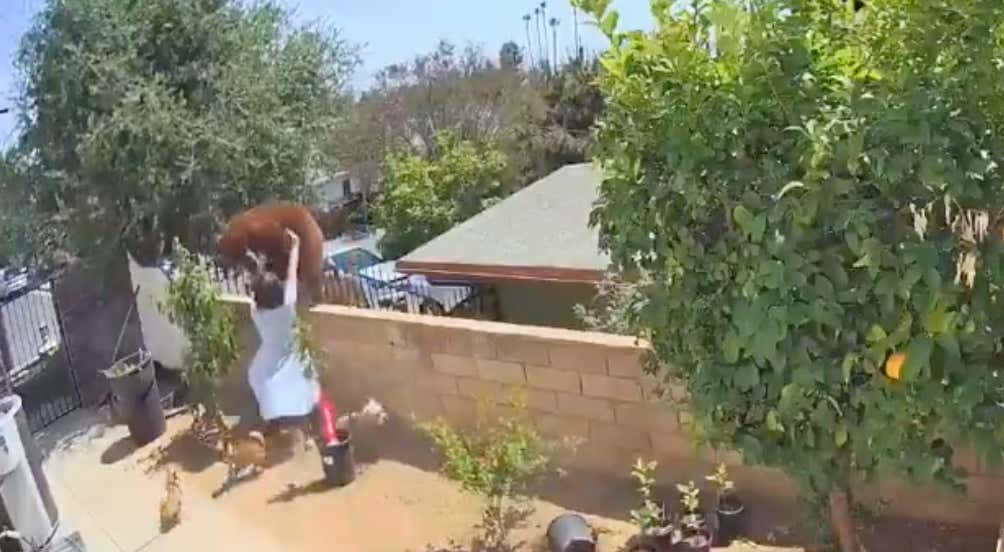 What a fucking hero. That's some fight or flight shit, and she chose to fight a fucking bear. And can you blame her? She has like 15 dogs running around, I cannot imagine the scene had she not tossed that bear off the patio like it was Shane McMahon at Wrestlemania. I do not even want to think about it.

I should not have laughed at this one and I apologize:

But you know what, at the end of the day, this is just another example of while we're at the top of the food chain. Nice try, bear, but you're gonna have to wake up a little earlier before you wipe out an entire kennel of dogs on her watch.