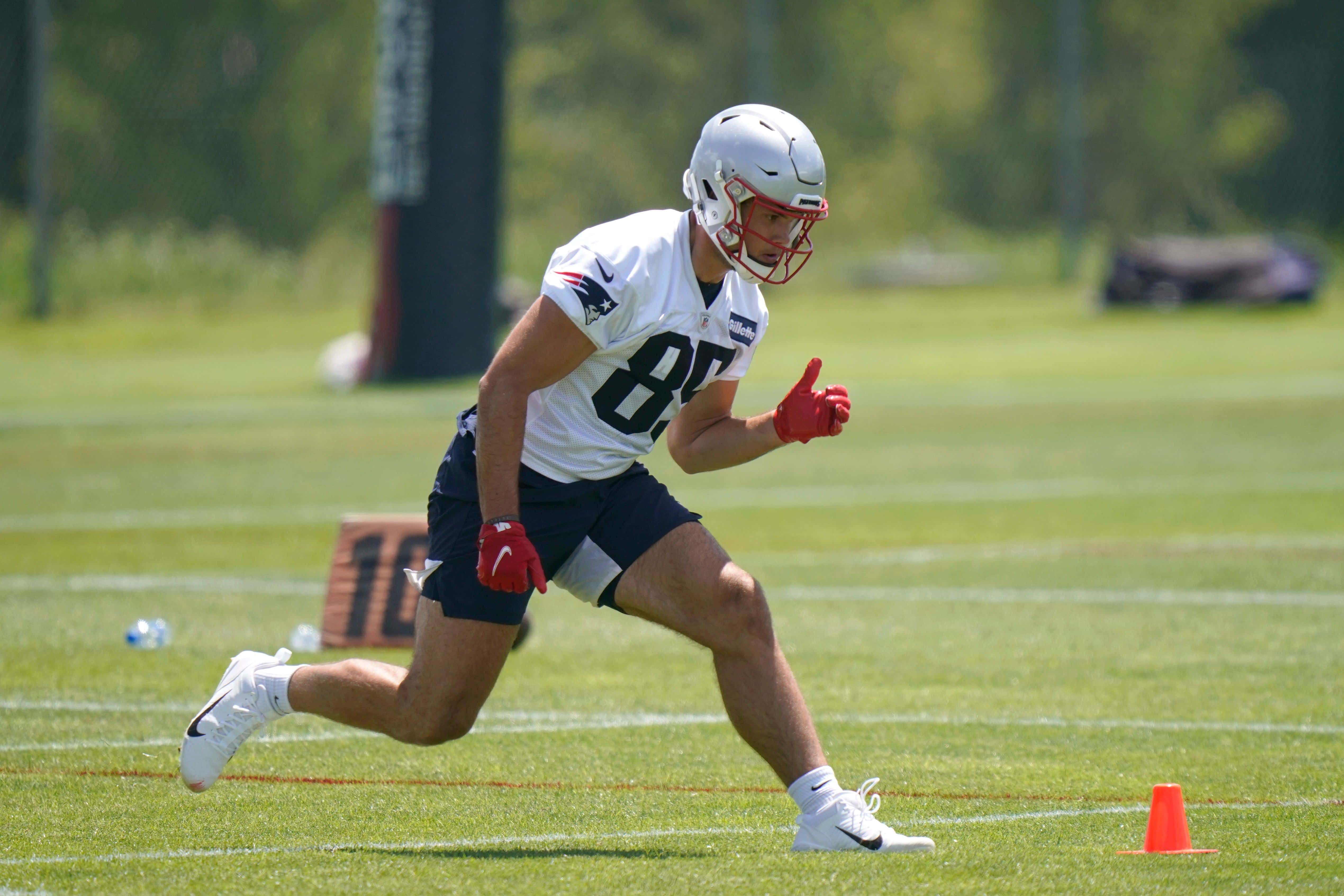 You know that feeling you get to finally enjoy something that's been denied to you? A cheat day on a diet. Easter Sunday when you have whatever it was you gave up for Lent. That first sip of beer at the end of a work week. A conjugal visit in prison (I'm speculating). Being able to fricking go into a fricking place of business without a fricking mask.

Well having not one but two gifted, reliable, established NFL tight ends with plenty of prime left in their careers on the Patriots roster this year is that for me. The days of having dominance at that position were some of the most enjoyable parts of a very enjoyable lifetime spent emotionally involved in this team. Since well before Rob Gronkowski ever took his last hot tub filled with coeds in Arizona. Going back as far as Russ Francis, the one person on the planet a young me wished he could be. So the last couple of years have been like going on the wagon. And now with the Pats signing both Jonnu Smith and Hunter Henry, the top two TEs on the free agent market this year, it just feels so good when it hits your lips.

Smith has sat out OTAs. But Henry has been there.

And he spoke to the media about his experience thus far in New England, how well this team's approach suits him, and what his first impressions of his coaches are. And I for one couldn't enjoy his words more:

“I enjoy this culture. I think it fits me really well, and I’m excited to just embrace myself in it and really just be a complete Patriot and what it means. It’s just such a winning culture. There’s a tradition here. There’s a high level of expectation. So I think a lot of us, even including myself, are very excited about trying to elevate ourselves to meet those expectations and this culture. Excited to be here in this locker room and go to work every single day with these guys. …

“I’m new to the team obviously, everyone knows that. But also, I honestly thoroughly enjoy this time of year. I’ve also had a bad time this time of the year too – one year getting hurt and losing my season. But at the same time, this time of the year is great for the team. We get to build team chemistry at a slower pace sometimes early on, and then we get to continue to build. It’s a great time before training camp comes to just get a lot of reps in that maybe we can’t get back. I enjoy being here. It’s fun to be around the guys and to build this team chemistry as we go into the season. …

“On the outside looking in, obviously they’re great coaches. And then when you get hands-on with them, they’re phenomenal as well, even more than you think. [Bill Belichick and Josh McDaniels are] two of the best minds football can offer, so just trying to pick as much as I can from them and continue to learn.”

Annnddd … I'm spent. Give me a minute to recover from this. Because I've waited for years to hear this mindset out of this crucial position. At least coming out of a top tier tight end like Henry, and not just a rookie or Benjamin Watson coming out of retirement for one last season with no charge left in his career's battery. And while I'll never deny Gronk was the best TE any of us will ever see, in his last couple of seasons, it was painfully obvious he wasn't having a lick of fun and half his time was spent hinting he was done with playing for this head coach.

So please, by all means, let me enjoy this. Pour Henry's words into a funnel, put the hose in my gob and let me chug them down. With the understanding they'll go down even smoother when he's backing them up when the games begin. Which he - and Smith - should. From Mike Reiss:

The ability to put two or more tight ends on the field and create mismatch problems for the defense with run-pass conflict has paid off with consistent big results.

But it was almost nonexistent in 2020.

By season's end, the Patriots had run 3% of their offensive plays with two or more tight ends on the field, according to ESPN's Stats & Information. That is easily the lowest in the NFL, followed by the Buffalo Bills (12%), Bengals (17%) and Pittsburgh Steelers (17%). …

Henry, in particular, has averaged the third most receiving touchdowns in the red zone per game (0.33) among tight ends since 2016, trailing only Travis Kelce (0.36) of the Kansas City Chiefs and Zach Ertz (0.34) of the Philadelphia Eagles.

Yes, please. Summer kicks off this weekend. A summer we need more than ever, now that things will finally get back to normal effective midnight tonight. And I'll die before I look past it. But damned if hearing this out of Hunter Henry and visions of him and Jonnu Smith presenting matchup nightmares all over the red zone doesn't have part of me wishing it was September already.