Fuck taking the high road. I'm still livid at that fake ass country San Marino. I'm even more livid when I found out they have a match today against Italy. Look how much this bullshit country sucks at soccer (h/t Barstool Sportsbook)

I will never get over that. You can see it in my face, that I knew that was the turning point. One letter. One major fuck up in a spot where I was money all tournament. The bonus round was where I shined, mostly because everyone expects me to get college basketball right. But the different bonus rounds is where I can lock in and take over a match. 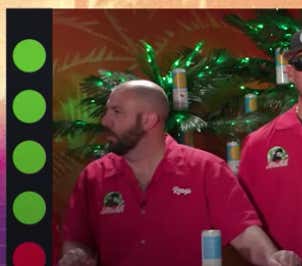 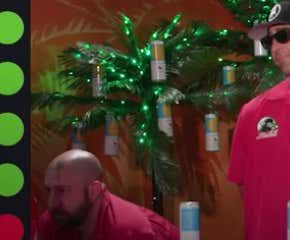 Like I said, I could compliment on Coley winning NVP. I could compliment Mintzy living roughly 4,000 lives. I could compliment Bob Fox on flexing and being the perfect roleplayer. BUT I WILL NOT. That's not what I do when I lose. I'm not making excuses. I take blame for the loss. I fucked up. I threw a T in and forgot about Saint Lucia where I've fucking been before. I forgot about Serbia. THAT'S ON ME. Also missing Lamar Odom was bad. Guessing Quentin Richardson was worse. Be better, Reags.

But this is an official call out. I want, no The Misfits want the Honkers. We want a rematch. That's right, we'll be back in some capacity.

We're going to get together as a team and decide what's best for The Misfits. Hank is a Misfit for life after bouncing around a couple of teams. We have a bond that can only be celebrated with another run to a title game. I expect us to be like Wichita State who turned a Cinderella run to a Final Four into a No. 1 undefeated season. But I have higher goals. I don't want to be some AAC team. No, we plan on being consistent. We plan on raising banners. So if Hank wants to recruit, well:

I have nothing but respect to Commish D Lowe for holding us to the standards of The Dozen Trivia. But it's time for The Misfits to become a household name. We're done being Cinderella. We're done being the little guy - seriously Dante is sneaky tall. I'd like to think we made enough waves to be a strong team in season 2. I don't plan on taking a step back. Dante is going to keep getting his mind right. Our 3rd player is going to fit the team mold. We'll go through the process together as Misfits, a group that no one wanted put together for the love of trivia.

Listen, I don't want to be an underdog. I want to be the one teams are chasing. I want to be the best damn trivia guy in the world. We're going to be in the gym getting shots up. May go on a local bar trivia tour just to practice during the offseason. Might even fly in Dante and whoever decides to be our third. There is no offseason for The Dozen when you're chasing glory.

So, Honkers. This is official. WE WANT TO REVERSE THE BONK