It is my opinion that the Playstation 2 is the greatest console that ever made. I have a few reasons for this belief. First, the PS2 was the system I had in my college apartments. That right there is enough. When you're a kid, playing video games is fun. When you're a teenager, playing video games takes a back seat to being an awkward dipshit. But when you're in college, when you're in an apartment with 4 other dudes and you're playing NCAA 04 dynasties until the sun comes up in the morning, then it just feels different.

Nothing beats college video gaming. Except getting pussy probably, which I never did.

Anyway this is my favorite system ever and thus, these are my favorite sports games ever. I played these games to the very limits of sanity and responsibility. I took so many late-night trips to the Starkville Wal-Mart because I needed a new controller after breaking one in a rage after a 56-54 loss to Clemson and my asshole roommates. Here's the list, but first, a few notes: 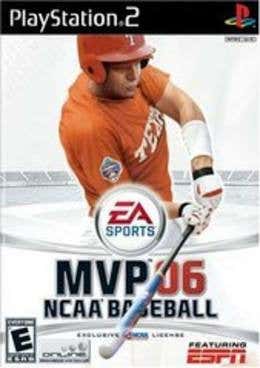 I don't know how popular this game was nationally, but I can't worry about that. All I can worry about is how incredible the game was. College Baseball isn't a huge deal but this game was delightful. It had some college stadiums but it also had stadium creator and a killer soundtrack. It's based on the MVP Baseball engine, which was incredible. But since the dipshits at EA got selfish and locked down the NFL rights in 2005 to prevent competition, they lost baseball because of it. So they just went the college route. I love this game. 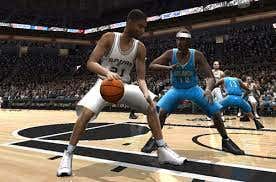 There was a time when the NBA Live series wasn't a complete fucking joke. There was a time when the NBA 2k series didn't run all of basketball. We're no longer in that time, but when this game came out in 2004, it was hard to imagine anything else. This game was fast, the scoring was high and it had dunk contests. Not to tell on myself, but me and my weed-smoking friend would post up on the couch, queue up a dunk contest on this game with four dunkers controlled by the AI and we'd gamble on it. It was my favorite time in life. 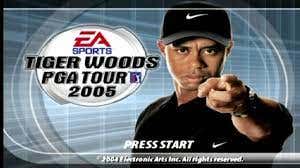 My God, sports games were so fucking good back then. If you've never put this game in the PS2, created a player and then spent 10-12 hours putting him in a ridiculous outfit and bombing drives, then I'm not the content guy for you. Get the fuck out. This game is an example of why I don't prefer the sports games we get these days. Technically, the games we get now are far superior and far more realistic. But this game was just fun. That's it. Fun as shit. 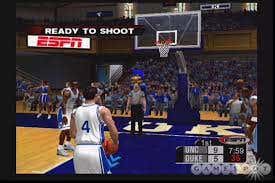 Am I the only one who develops way too big of a relationship with my fictional recruits from sports games? His name was Ike Medina. He was a 5-star SG from Norcross, Georgia and I beat Duke and UNC to get him to come to beautiful Starkville. He won four national titles for me and I convinced him to stay all four years. I loved him. I still do. Some people prefer the EA March Madness series on PS2, but not me. College Hoops 2K5 was better and I still play it today. 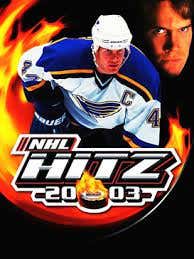 I'm not entirely sure why me and my buddies started playing this game. We were four 20-something dudes from rural Mississippi who had never picked up a hockey stick. But we got it, and it was the greatest time I've ever had playing a video game. Spring and summer of 2004. We'd meet up at Allen's house and play this for 8 hours at a time. We superglued a styrofam cup on top of a beer coozie and spray-painted it silver. I won that Stanley Cup 8 times. No one can ever take that away from me. I said earlier I don't love arcade-type games but this one and the next are exceptions. There's no better feeling than knocking somebody through the glass and then scoring on a one-timer in this game. The only reason it's this low? This is a loaded-ass system. 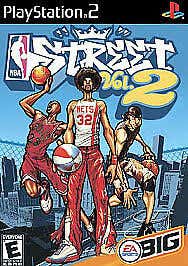 This game was the epitome of cool in 2004. Here's how my days went: I'd go to work at a 25-year-old sportswriter making $8 an hour covering little league baseball games in my hometown of 12,000 people, I'd make 32 trips to the lunch restaurant down the street to awkwardly hit on the moderately-attractive waitress who never touched me once and I'd go home and work on my NBA Street Vol 2. character, a blonde-haired badass who wore a Larry Bird Jersey and Jordan 11s and kicked everybody's ass. 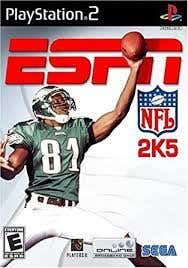 I'm gonna say it right now: Technically speaking, this is the best football game on the PS2. This game is so tight, so well done, so true to real-life football that it's still good right at this very moment. And I acknowledge that fully. But I never fell in love with this game the way I fell in love with Madden. I never had that "I'm playing 25 years into a franchise and then buying the next year and doing it again" phase with this game. Madden had me back then and I only picked this up a few years after it came out. So yes, NFL 2K5 is incredible. It's amazing. I have it at 4 behind Madden due to personal preference only. 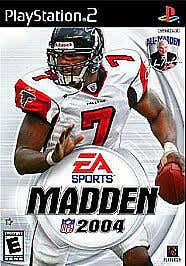 Gentlemen, behold: The perfect video game cover. Look how incredible that it. Madden on the PS2 is the only reason Madden is still relevant today. It hasn't been good in years but we all remember our favorite on the PS2. I spent months of my life playing this game. I chose 04 because of how iconic Vick was on this game but you could really choose 04, 05, 06 or 07 and be just fine. Madden was so engrossing that I loved doing the drills - THE DRILLS. I'd spend hours on the practice drills. I want to start a PS2 only stream right now but I have too many shows. 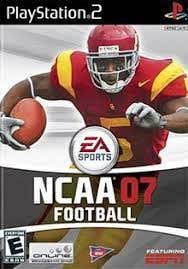 Let me paint you a picture: The year is 2002. I am a bad college student living in Starkville, Mississippi. My roommate has a PS2. He brings home the latest NCAA Football one night. Life changes immediately. We started a 3-man dynasty in our apartment: I was Bama, he was Wisconsin, our other friend was North Carolina. I know it sounds lopsided but Alabama sucked back then. It was the most competitive environment imaginable. We had fights. We had holes in the drywall. I remember vividly stumbling out of the recliner after playing all night, putting a Totino's pizza in the oven at 7 a.m., playing two games and then going to class where I fell asleep. I picked 07 here because they had everything figured out by then, but really you could pick any of these games. These games locked me in as a college football guy. 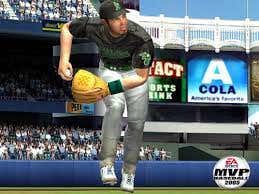