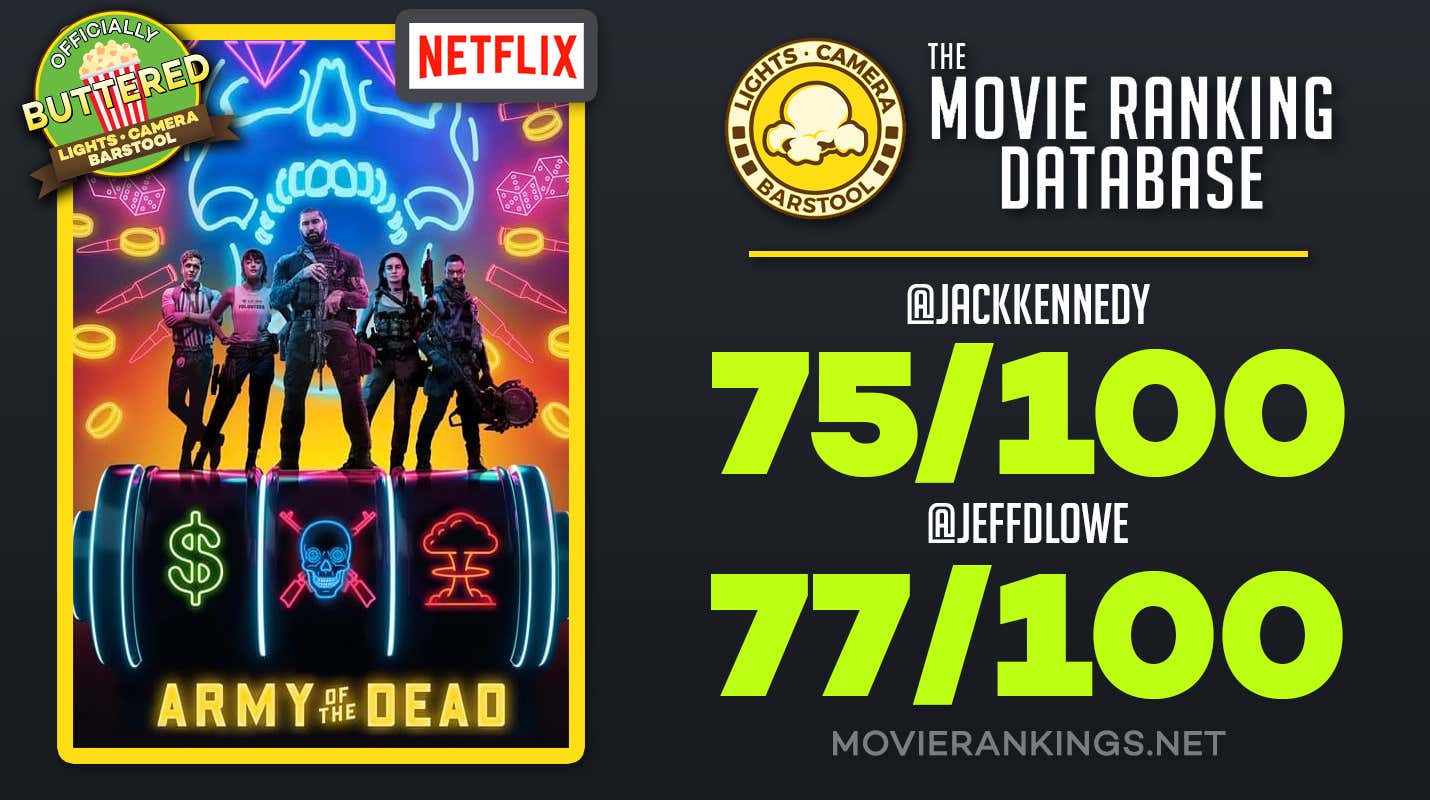 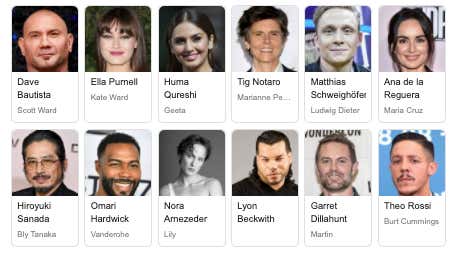 Following a zombie outbreak in Las Vegas, a group of mercenaries take the ultimate gamble, venturing into the quarantine zone to pull off the greatest heist ever attempted.

Going into this movie, I wanted a few things. Cool action, solid effects, corny dialogue. In that sense, this movie is a total win for director Zack Snyder who got the make the exact movie he wanted to make. It's entertaining, funny and different from the normal slop in the zombie genre PLUS it's a streaming movie which is always a value add. That all said, it still has problems that keep it out that upper mid-tier for me, which is the realm where I would recommend this movie to anyone.

Let's start with the bad. I think from a technical standpoint, you can break this movie up into two tones: The over-the-top and the dramatic. Personally, I think they clashed too much which is the biggest strike against this movie other than the 30-minutes over-long runtime. If they leaned more into that humor and almost video-game over-the-top nature, this would have been significantly better. Another problem is that some of the dialogue worked with characters, specifically Omari Hardwick and Garret Dillahunt, but reaaaaally didn't work with others like Tig Notaro (who was digitally added to replace Chris D'elia in post-production) and Matthias Schweighofer. Lastly, I just don't feel like they took full advantage of the Vegas setting. A lot of that probably has to do with rights and shit (The casino scenes were all filmed in Atlantic City), but it just didn't feel engrained in the city in the same way other movies have.

Now for the positive: I think the action, gunplay, and gorey special effects worked great for this movie. Again, when it came into the over-the-top parts, that tandem of style, humor and action was fantastic. The way the regular zombies fought vs how the alphas fought with almost a brazilian dance fighting style was just perfectly Snyder. The world-building for how the zombies worked and the how the government responded was also very well done, but also hurt because it maybe focused too much on setting themselves up for the already announced prequel movie and TV series.

Overall, it's a movie I think is very entertaining but still far away from perfect. It really comes down to that clash in tone for me. You can't have a seriously dramatic storyline spawned out of a movie that starts with a guy crashing his car while getting sucked off.

army of the dead+ 5 Tags