A few weeks ago I blogged about Amazon workers having to pee in bottles on the job and the fuss everybody was making about it. At the end of the blog I included a personal anecdote about doing the same one time and getting in big trouble for it.

That lead to me getting hit up from a few different people suggesting I tell more "service industry stories" and opening it up to stoolies to contribute their own as well.

Great idea and I know that after this first one we'll get some real gems rolling in.

I took to twitter and got some great responses. Below is volume uno.

This was probably terrifying at the time but hilarious to picture happening now.

Why do people suck?

What a cold-hearted bitch.

There's a nice warm spot in hell for rednecks that get off on tormenting service industry workers.

If you don't think this guy got the "Waiting" treatment you have rocks in your head.

People that eat more than a few bites of something and send it back and request a refund are dogshit.

Now for the email and DM submissions-

Valeted throughout college to pay rent bartabs and book fees at the nicest hotel in town so we’d get some high rollers. But it was in Kansas, so about 3 times a year we’d have big farmer summits with high rollers coming in in 250k pickups. We had a kid get hired and his first event was one of those summits. We’re short handed so you get keys and go pull whatever keys you got into the garage. No time to delegate tough parks to experienced guys. This kids first car is a jacked up ford king ranch with all the fixins. (Look it up if not familiar) Our garage door was tiny cause it’s a hotel. Anyway I take the truck after him and I’m following him to the garage around the corner. Becomes clear this kid will struggle with this one and through the day. I’m watching him pull in and see him hit the crew cab door right up against the brick wall of the door. RIGHT IN THE MIDDLE. So not only does this kid do at least 20k in damage on impact, he then has to further move the car and in the process due to his initial fuck up scrapes the rest of this thing all the way to the fender on the back out. Had to have been near 100k damage to the body of this thing on one side. Goes back up after parking it, hands the keys to me and walks out of the hotel. Never saw him again.

Used to work at a cafe that had the cafe side on one half and a pasticceria on the other. I was on the pasticceria side where there were two individual bathrooms (I would insert a joke about how this was a few years back when we had two genders but not sure if you can post that). This woman came out crying and said “I’m so sorry” then scurried away. I went to look and she had explosive diarrhea legit all over the toilet, floor, and wall. It was the most disgusting yet somewhat impressive thing I’ve ever seen. Poor buss boy came and cleaned it. Dude was gagging the entire time and accidentally used bleach on the walls which resulted in the bathroom needing a remodel - Frank

Manager was a total prick. This was a three story nightclub here in DC, and the manager was just such a prick.

I waited to get paid in cash at the end of the night, and he'd always pay me last -- you know usually a mgr will pay the DJ before the gig is even over, or right after close, but he liked to wait. And he liked to pay in ones just to be annoying.

So I bring my cash to the bank the next day to deposit, and it's $20 short. I see him that next weekend tell him he shorted me $20 and says, "Man, I didn't think you'd actually count it," like a fucking asshole.

He didn't last much longer, and neither did the club. - Benny C

Worked at a pizza place in college where you order at the cash register. An 8-10 year old boy said fuck off to his mom for not letting him have a soda, she asked me what I’d do about that. I said “you should spank him” she then freaked out on me, got my manager involved and I got sent home for the day. Kid got the soda too

Have one lady that comes in once a week, insists her table is set with black napkins (we use white) orders a goose martini and sends it back EVERY TIME because it wasn’t shaken enough. Refuses to order off the menu, makes the chef cook something completely random every time due to “food allergies“ sends it back roughly 50% of the time. She orders expensive bottles of wine which she often sends back, but when she does keep it she then puts ice in her glass. If he likes you her husband tips well though.
They spend $400-500 every time they come in. He wears a shirt that matches her dress every time. And like I said, he tips well. But that initial feeling when you look over and see the bus boy put down black napkins is the worst. Basically a guarantee you will get run around like a bitch for the next 2-3 hours. And obviously, keep me anonymous please, not that there’s a chance in hell he reads the stool, just can’t have it get back to me.

How can you not ban people like this? I don't get it.

Ocean House Restaurant in Dennis Port, MA. Have one lady that comes in once a week, insists her table is set with black napkins (we use white) orders a goose martini and sends it back EVERY TIME because it wasn’t shaken enough. Refuses to order off the menu, makes the chef cook something completely random every time due to “food allergies“ sends it back roughly 50% of the time. She orders expensive bottles of wine which she often sends back, but when she does keep it she then puts ice in her glass. If he likes you her husband tips well though. I’ve got a million more. Just don’t use my name

Ban this bitch too while we're at it.

Switch to decaf my man. 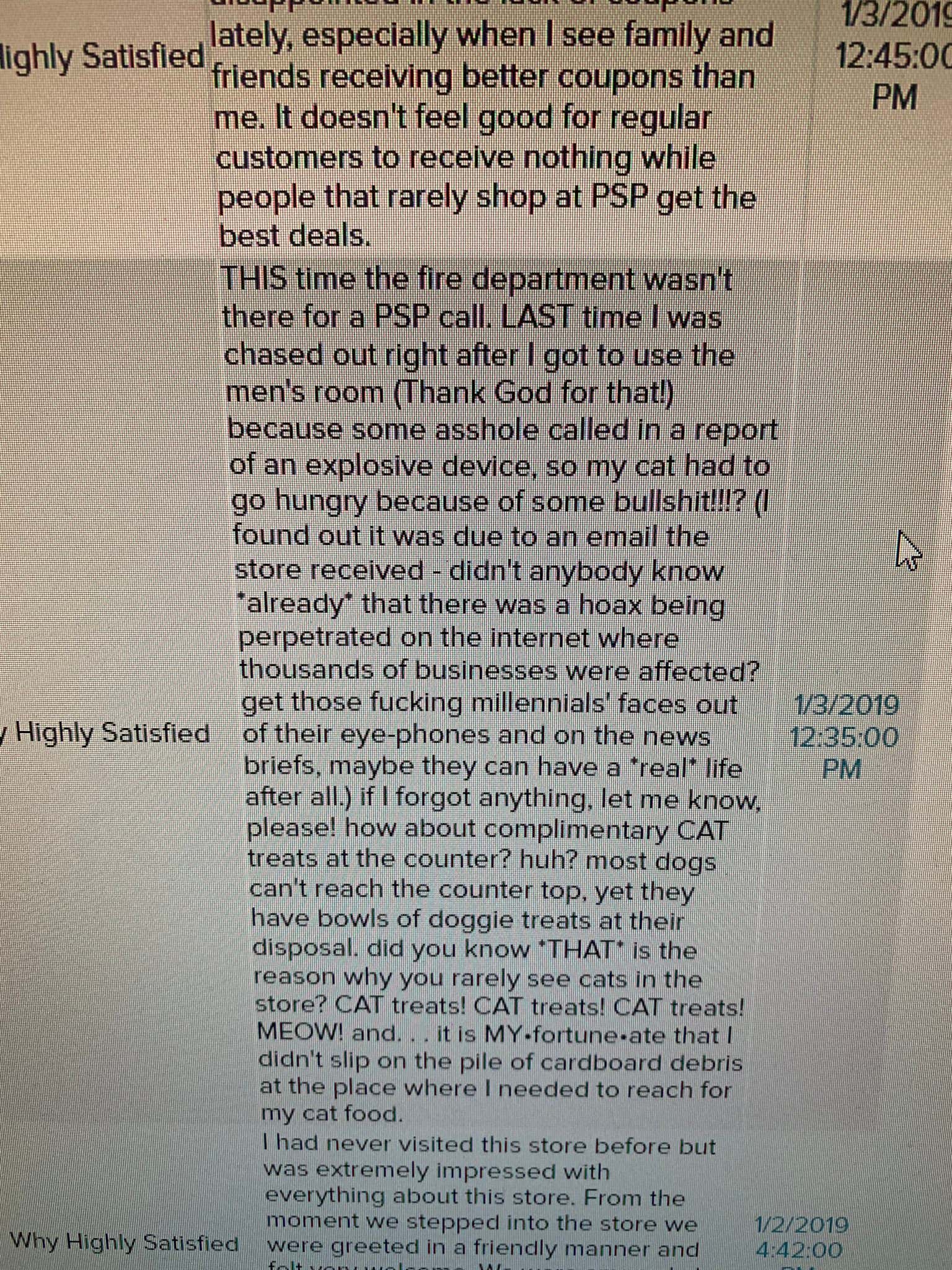 p.s. - if you leave negative reviews for a place without first speaking to a manager, or owner you're a piece of shit.