ICYMI: there's a new sheriff in town, and his name is Hasbulla....

He's 18-years-old, despite what your first instinct might've told you, and suffers from a rare genetic disorder that has stunted his growth - but he hasn't let that hold him back one bit.

Hasbulla's taking the internet by storm with his MMA coverage over in Dagestan, and he's already produced a few amazing viral moments, including this one....

….and basically - I can't get enough of this guy.

Recreating 'UP' with Hasbulla in the part of the HOUSE, though?! 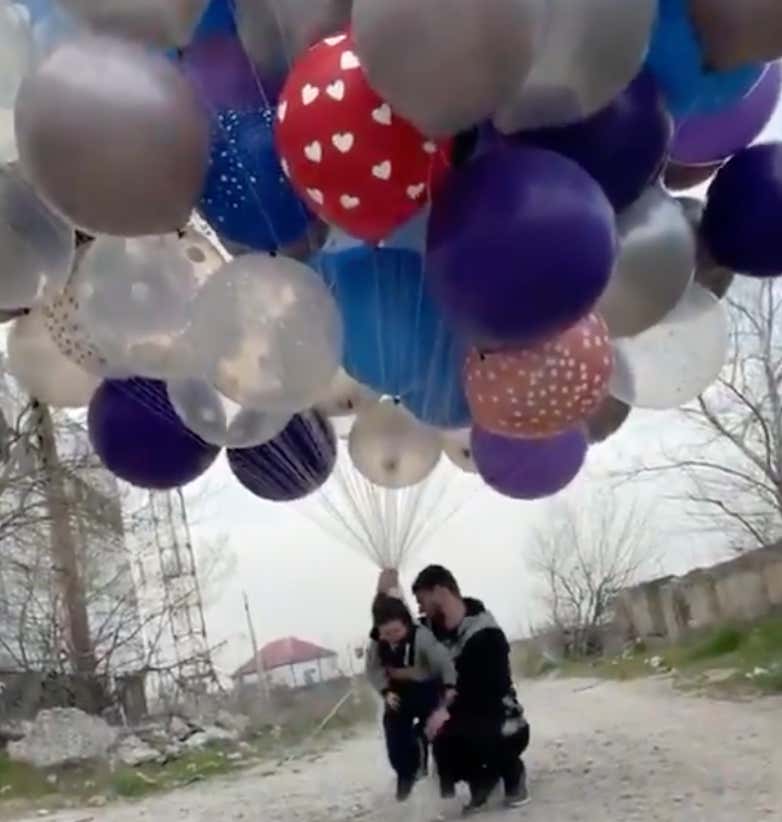 I cannot condone that. I just can't trust the infrastructure there regardless of whether or not they hooked up a safety line/had someone standing guard. That is entirely too many balloons to be hooked up to Hasbulla. As an anxious person, that made me waaaaay too nervous.

I mean - Hasbulla is the face of the fuckin fight game now. He's got a fight to worry about!

Somebody put him down!!!