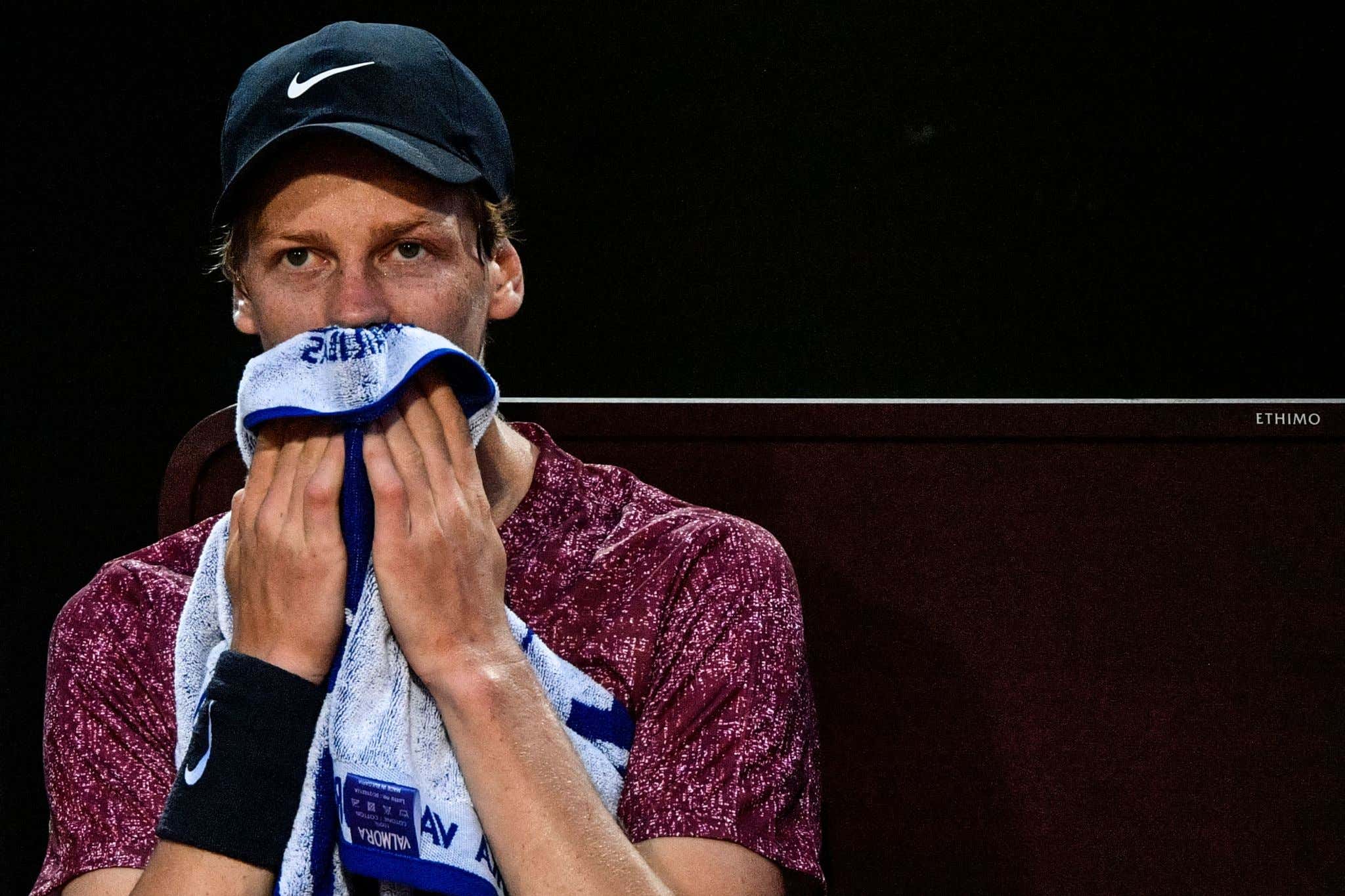 Tennis is a weird fucking sport, man. We're penalizing guys for being pee shy now. 19 year old Jannik Sinner is an up and coming star in the sport. I can't think of any instance where this dude has come close to being disrespectful towards the game or the opponent. He's just an innocent kid who is unbelievably talented with a racket in his hands. The man took a bathroom break after getting bageled in his opening set against Aslan Karatsev yesterday. Players do this shit all the time to quickly clear their head and reset. I guess an official followed him in there to make sure no funny business was going on and didn't hear any pee hit the toilet? I mean what are we doing here? Let the man live for one second. He's 19! So many times you'll see a player fake an injury to receive a medical timeout so he or she can stop their opponent's momentum. It's one of the biggest problems the sport has. Going to the bathroom for a minute to just chill and get off the court is nowhere near the same thing.

I assume this rule is in place after Nick Kyrgios took a bathroom break with two of his tennis rackets and came back with zero a few years ago. All-time clip.

But back to Sinner for a second, what if the dude was simply pee shy? It happens! From a guy who has constantly been plagued of being pee shy at bars his whole life (been better lately), I sympathize with this man. I can't tell you the amount of times in college I would wait in a long line to pee, step up to the plate with dozens of drunk belligerent assholes impatiently waiting behind me, and just freeze under pressure. I'd give myself like 30 seconds to pull off the prayer, flush the toilet, and return to where my friends were. Then about 10 minutes later I'd sneak out of the bar, go outside to the back alley, and come back like nothing happened. Shout out Chucks at Syracuse.

I have the same issue at the doctor's office when they need a pee sample. Oh yeah I can just magically make myself go on command yeah? What an outrageous ask. I'm not proud of the amount of time I've spent in a doctor's office bathroom in my life just trying to give those assholes a pee sample.