Looks like we've got a fire! I'm not sure what they were expecting considering they doused his entire dick in lighter fluid... 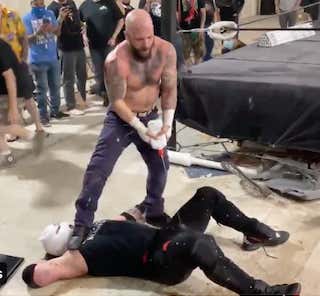 but still, what a WILD clip. There really is no one that goes harder than amateur wrestlers. I mean there's what, twenty-five people in the crowd? And the guy decided to risk it all in the name of entertainment? Good for him. You can see the exact moment he realizes he's in trouble too. It's when the guy weed wackers his dick and he takes off running… 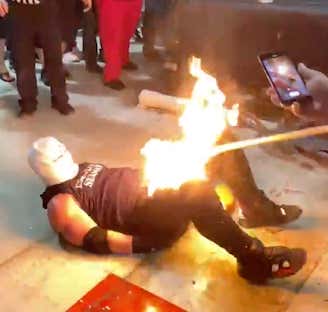 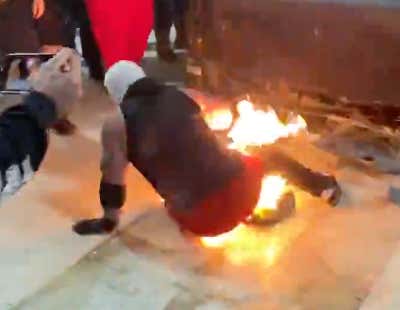 I can't even imagine how painful the aftermath was but hey, at least he went viral. Still no one better than Thrillride though. No one. Take it away, Jim…