You know those stories you see pop up now and then about people coming back to life at their funerals, or almost being buried alive before people realize they're not actually dead? That's SNL. It's been "dead" for years now, but every now and then the flatline blips with a heartbeat. It usually lasts for about a week, maybe two, and then the span goes back to

Not to be mistaken here for boy cries wolf, but last night was one of those occurrences. Because they're so rare nowadays they're blogworthy. And since this is Barstool SPORTS, and we live in the beautiful city of Chicago, and the sketch was based on the greatest documentary ever, ESPN's 30 for 30 -The Last Dance, it's even moreso blog-worthy. 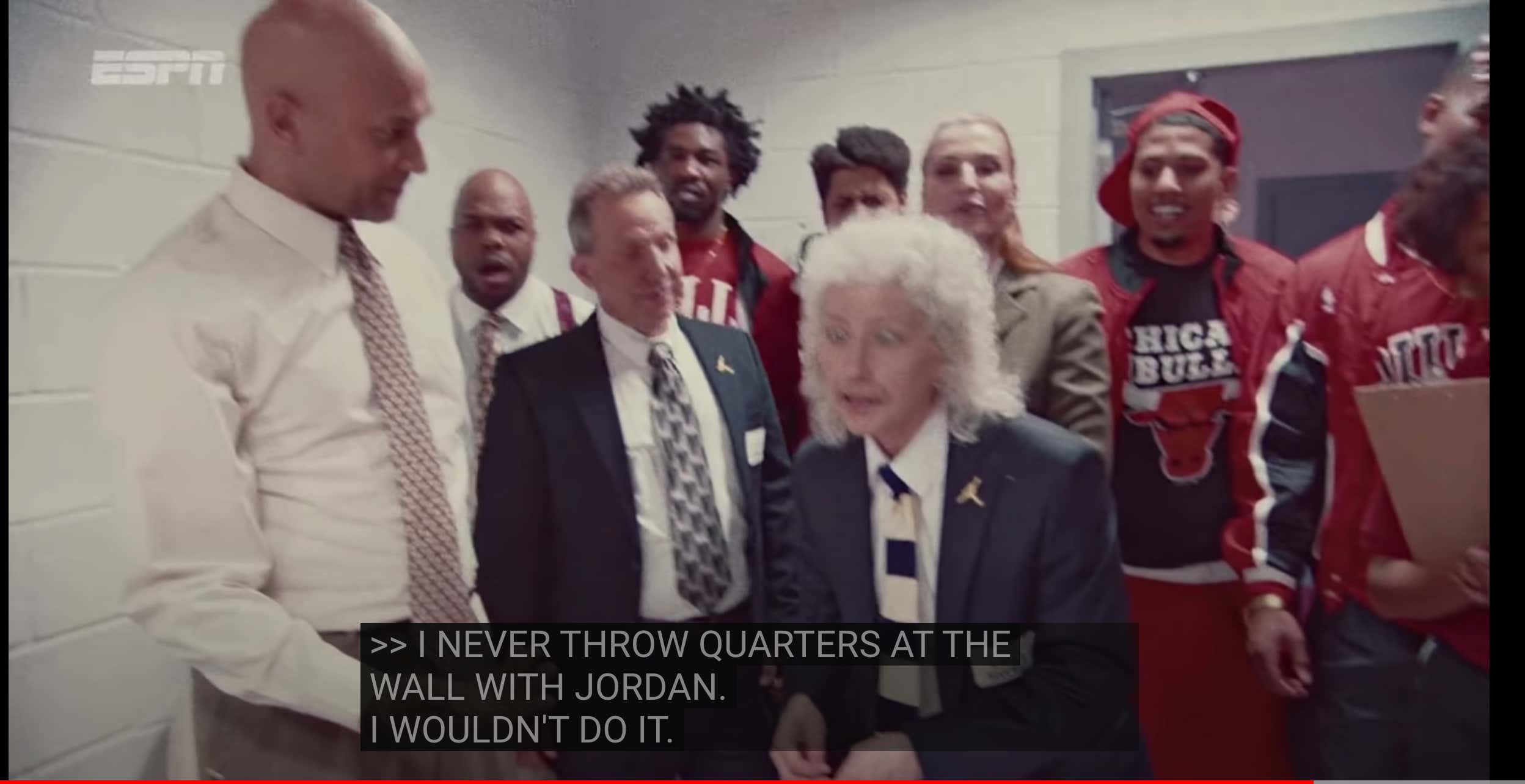 It's funny because it's true. Jordan really was this psychotic. I don't doubt the "night with your wife" bet crossed his lips multiple times and still does today.

More of this SNL. Less of the forced and unfunny political shit. Politics are depressing and ridiculous enough in real life.

p.s.- “Are you guys playing quarters against the wall? I’m in” - Charles Barkley