Pretty wild story out of Columbus, Ohio today that seems like a storyline from Blue Mountain State:

SOURCE-A 41-year-old female massage therapist working independently “who engaged in inappropriate and exploitative behavior targeting members of the Ohio State football team” has been banned from Ohio State’s campus and had her license permanently revoked by the State Medical Board of Ohio.

Just so we are clear, the massage therapist never worked for Ohio State...but she specifically targeted Ohio State football players. 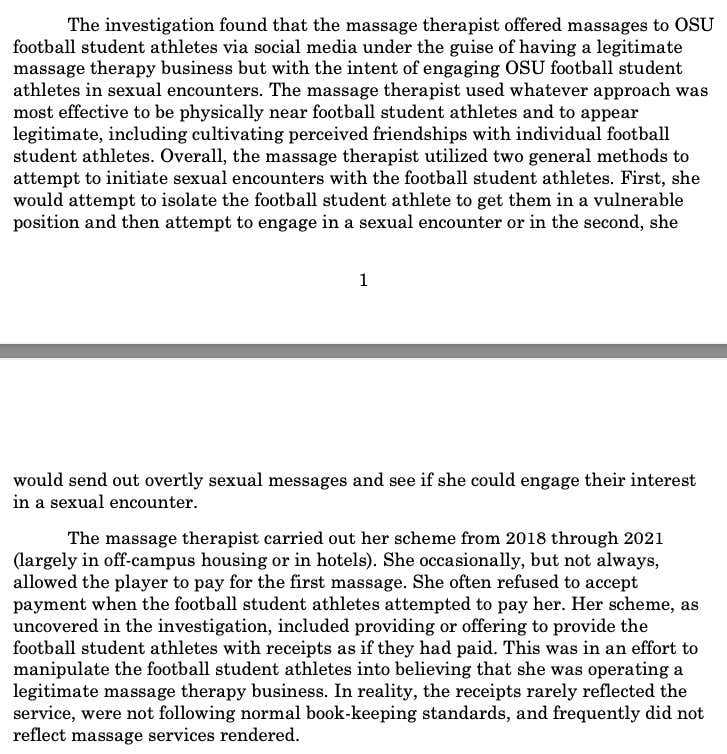 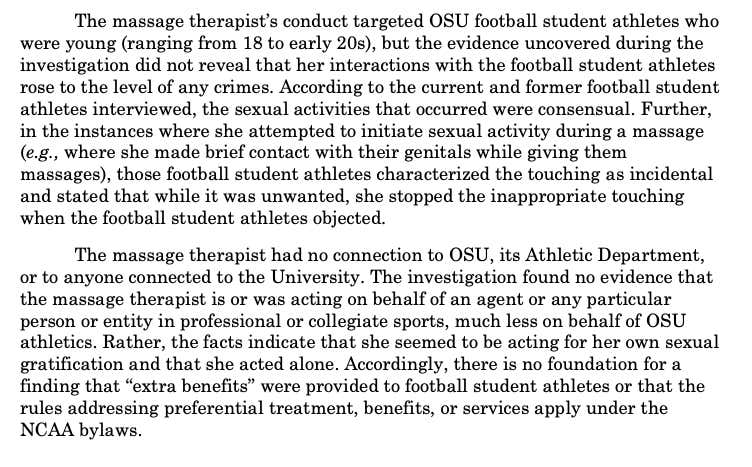 I searched the internet far and deep for the massage therapists name/pictures, but could not find any, unfortunately. All we know is she is 41, faked running a massage therapist business to fuck Ohio State football players in a hotel. Should be noted that the encounters did seem consensual:

Though the investigation “did not reveal” that her “interactions with the football student athletes rose to the level of any crimes,” Ohio State says it shared the report with the Franklin County Prosecutor’s Office.

When I saw the 117 players and 44 coaches number, I thought this massage therapist was a legend throughout the locker room….turns out it didn't run that deep:

She lived 2 hours away from Columbus! The infatuation with the Buckeyes was real.

SOURCE-After three years of predatory actions from a 41-year-old woman living two hours away from campus, the Buckeyes began a thorough investigation in March into the practices that produced sexual encounters with five different players and numerous attempts to pursue them across the entire roster.

Apparently she would send letters/messages on social media to recruits as soon as they signed. That's some straight-up psycho shit. I get that isn't illegal and if nothing non-consensual happened she can't go to jail, but this feels like something that should 100% result in jail time.