I have a lot to say about this week's draft that I will be slow dripping the next couple days. I'm not trying to burn the house down with my gravy boat again but same time we have some loops to close. I'm talking glaring, gaping holes in some of my peers' brains with respect to bar games, outdoor naming conventions and (of course) Photo Hunt's eligibility. It takes a village to put on a good snake draft and an even greater effort to digest and analyze the ensuing sub-arguments. And just like a generationally-balanced Inuit tribe off a successful seal hunt circa 1250 AD, I'm ready to chop it up over the next week.

For now, I want to focus on a couple smaller, miscellaneous observations. No spoilers.

- Will Compton did the draft from the elevator bank of his vacation resort. You can tell he's shirtless which is a preposterous commitment to his brand. And even more absurd is that he's subbing in for White Sox Dave basically last second. No offense to some of my other colleagues but there's plenty of names on the Barstool roster that aren't in their offseason from playing linebacker in the NFL. Plenty of people to inconvenience and yet Will Compton really is the perfect teammate. All sacrifice for the good of Barstool Chicago which is kind of a funny sentence but actually just a cold hard truth. Unbelievable effort. 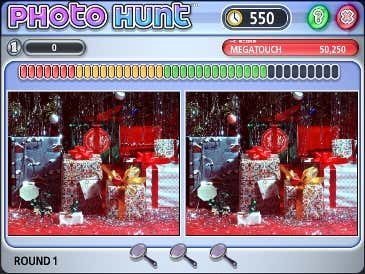 - No White Sox Dave changes the dynamic drastically. There was a prime time opportunity to build a tangent around big college tits on a beer pong table and instead we just kind of glossed over. There were countless moments that would have been instantly enhanced with the simple addition of a "My other buddy Ryan" story and I mean that sincerely. I won't go as far to say that I felt naked but you could aptly describe his absence as walking around with a wet sock. You're not cancelling the day but there's a steady reminder throughout the draft that you stepped in a puddle and left out WSD.

- Category drafts create more demand for in-draft strategy that's relative to the overall board. Broad drafts allow for more creativity. Both are equally demanding but I think Category drafts are harder to win because everyone is pulling from the same lists. This was a nice change of pace from the exhaustive research and preparation that goes into a sandwich draft. Sometimes more is less and sometimes more is more. In both cases, I absolutely fucking hate those sayings.

- I think this episode was brought to us by Miller Lite which is such a fitting partner for this episode. If you're responsibly participating in drinking games, then you should probably be reaching for a great tasting less filling beer as well. That's good practice if you're good people.

- Are darts underrated? Are darts overrated? I'm not sure because I am a completely average dart player/thrower in all material respects. I understand the live competition atmosphere is an electric factory but generally speaking I am a complete novice. I offer no insight into the dart scene. I can, however, tell you that pool tables in a bar are awesome. They instantly improve the vibe of any tavern and that's nonnegotiable. There's a place I frequent on Mondays just because they have free pool. Never mind the $4 domestics when you can save $8 over 3 hours on the tables. Anyone denying this is a moron and probably a below average in coverage on 3rd and long. No spoilers.

- One category I would love to taste is Board Games. We laid off for a future draft which will pay major dividends. But in the moment I have to be honest and say that Battleship is a great fucking bar game. The lack of strategy can wear on my senses but overall it's a perfect 1-on-1 time passer. I would have loved to rip Battleship in the 5th round but it just wasn't in the cards. Not saying I'll hitch myself to Battleship when the day comes either. But in the moment of this draft, I feel like Battleship would have taken things to the next level. Sue me for enjoying an impassioned game of Battleship.