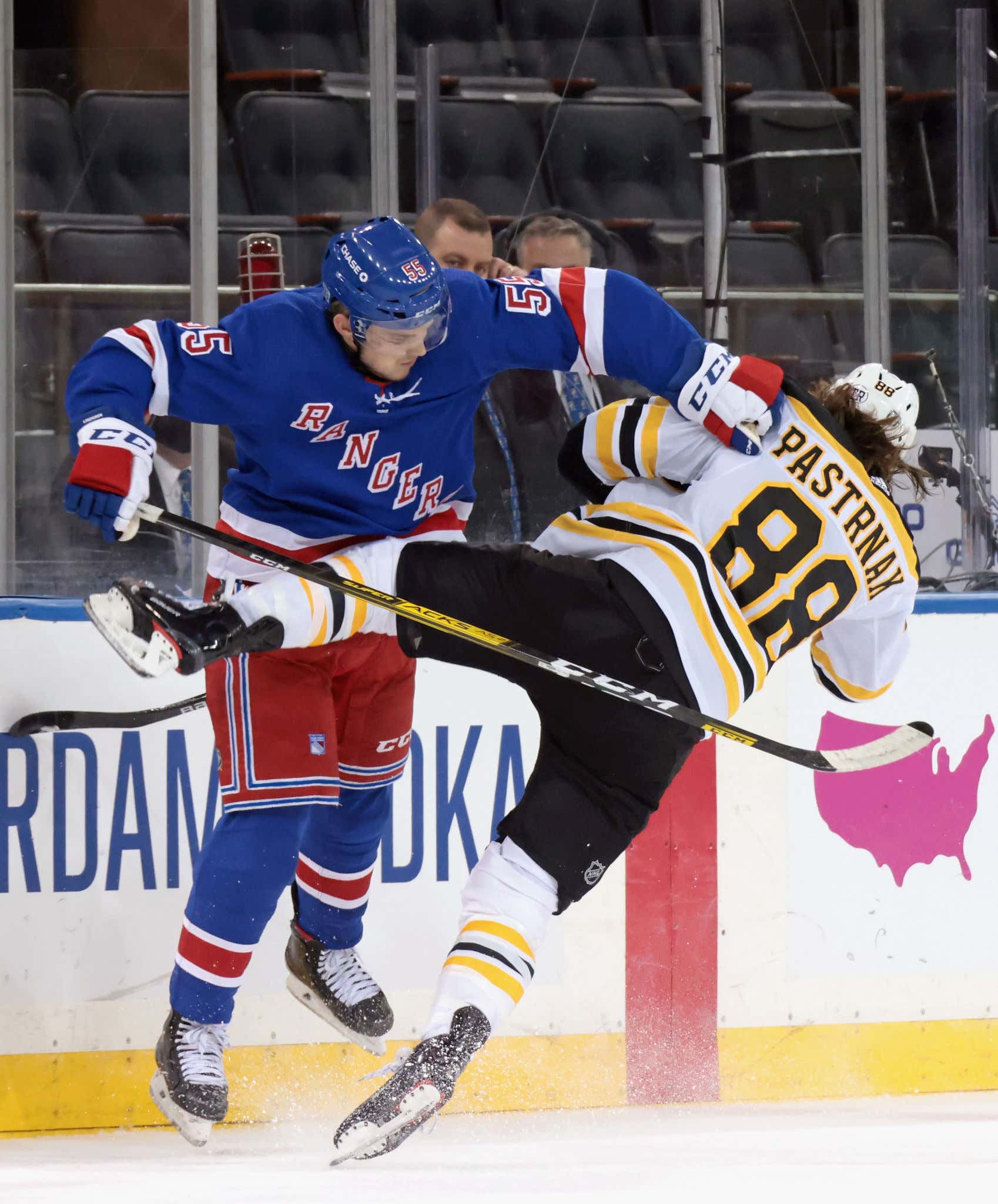 Well if it's true that JD & Gorton were let go so the Rangers could make grit and will more of a priority, new pres & GM Chris Drury made his first transaction reward exactly that. No player personifies sandpaper more on this young Blueshirts roster than Ryan Lindgren and this is excellent value in a 'pay it forward' deal fresh off his ELC. Despite his average size, Lindgren isn't afraid to play like a giant. Seems after every game his face is bloodied and bruised but that doesn't stop him from bringing a much-needed physical presence against anyone, any time:

And back it up with the swagger to non-chalantly tell you to shut the fuck up:

This kid is a leader in the making and exactly the 'heart and soul' type an organization needs to get in early on. Let's be honest, we've seen our fair share of warriors over the years and their prime shelf lives usually don't run that long. There's only so many crunching hits you can give or take, so many pucks you can wear, so many fists you can throw & eat. Obviously we're only two seasons deep but the better this team expectedly gets, the more rugged miles will take a toll. He'll be 26 with an RFA year left when this deal expires and I won't be surprised at all to see a letter on his chest by then. It'll be the perfect time to lock him up long-term as opposed to doing it later in his career like they mistakenly did with guys like Girardi & Staal.

There's still plenty left to be determined this offseason with Buchnevich, Shesterkin & Chytil needing new RFA deals - and nothing more pressing than whether or not David Quinn continues as the Rangers head coach - but inking Ryan Lindgren for the next three seasons is a universal positive across the fanbase.