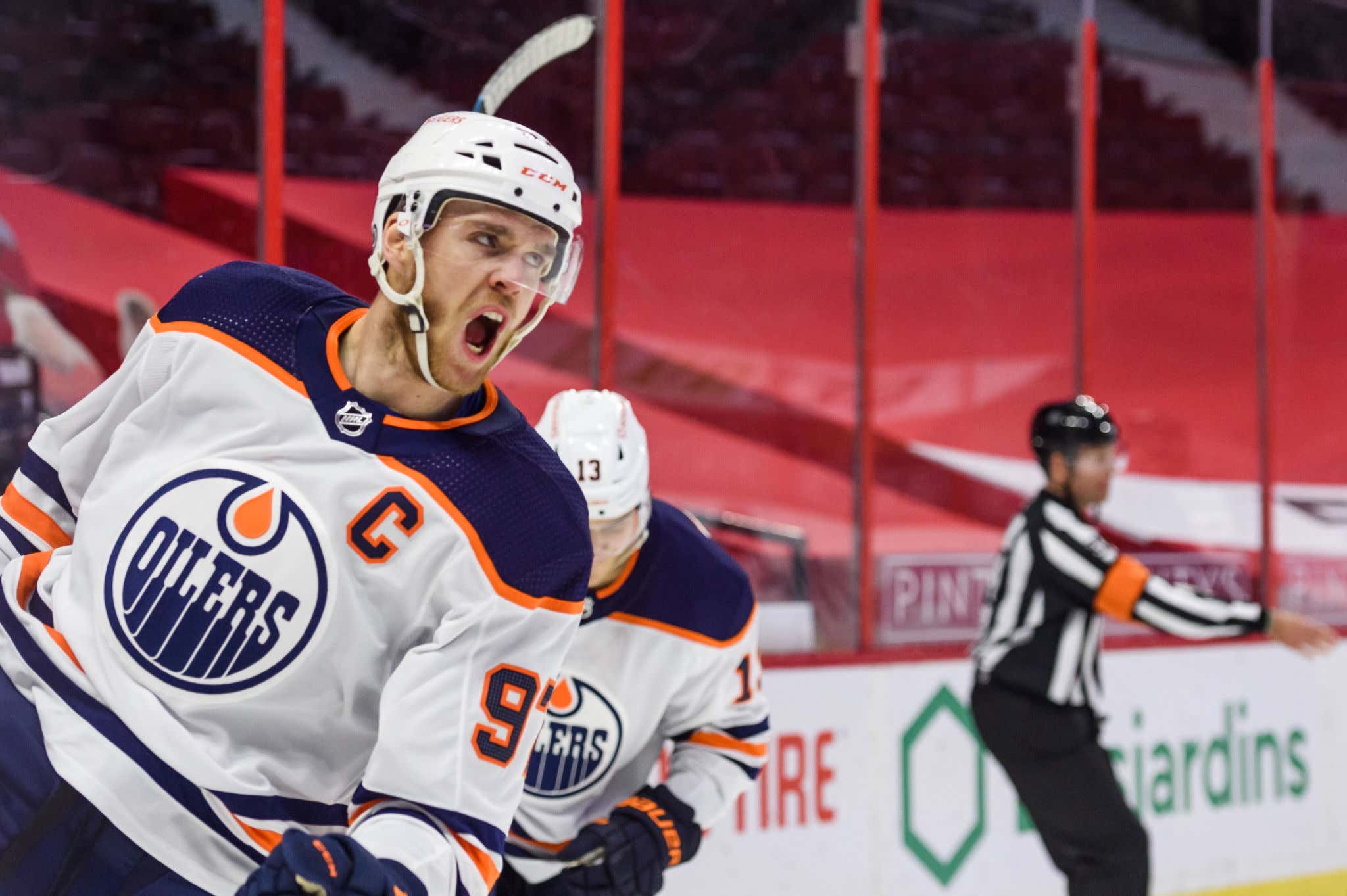 It's been one of the most dominant, yet least surprising seasons for a single player in NHL history. I mean look at this shit.

The most productive season in the National Hockey League since the time that McDavid was born. There was a couple weeks ago when he needed something like 18 more points in 9 games to get to 100 points on the season. And there wasn't a single soul on the planet (except maybe some fans in Toronto) who even questioned whether or not McDavid could do it. So he goes out and puts up 19 points in his last 7 games to get to 100 in 53.

He's had more games this season with at least 3 or more points than he's had games when he's been kept off the scoresheet entirely. Those are the stats you rack up while playing Be A Pro mode on 'Chel with the sliders all the way down. And now this sick bastard still has 3 more games left on the regular season. Two of them are against Montreal who he surprisingly only has 8 points against this season. And then one against Vancouver who he's put up 13 in just the past 4 games against. I mean I honestly think if he had just one more game against Vancouver this year, 150 wouldn't be too out of the question. Consider he's been saving all of his points against the Habs for this final series tonight and Wednesday, and then he's been making the Canucks look like a Senior B team at best this whole month so far.

All I ask is that you dickheads don't constantly put an asterisk on this season with McDavid only playing against Canadian teams all year. It doesn't matter who he was going up against, this season has been the closest thing we've seen to Gretzky in a long time. Don't waste one of the most memorable seasons in league history just because you're butt hurt about the fact that his competition for half the season was a bunch of drunk divorced dudes. The race to 200 is on. Just enjoy the ride.