It's been a rough go for Dodgers fans in 2021. Their team began the season 13-2, on top of the goddamn world. After Friday's loss, the reigning champs have somehow lost 12 of their last 15 games and hold a 17-16 record. Yes, they're dealing with a plethora of injuries, but it's still bizarre to see them struggle like this. With the Angels beating up on the Dodgers on Friday night, which included batting around in the 6th inning, their fans tried to get a W of their own in the stands with a good ol' fashioned brawl. No better sign that the world is returning to normal than fan fights in the stands.

Fights are awesome, but I can't stop looking at this dude in the Angels hoodie/Dodgers hat. Sir! 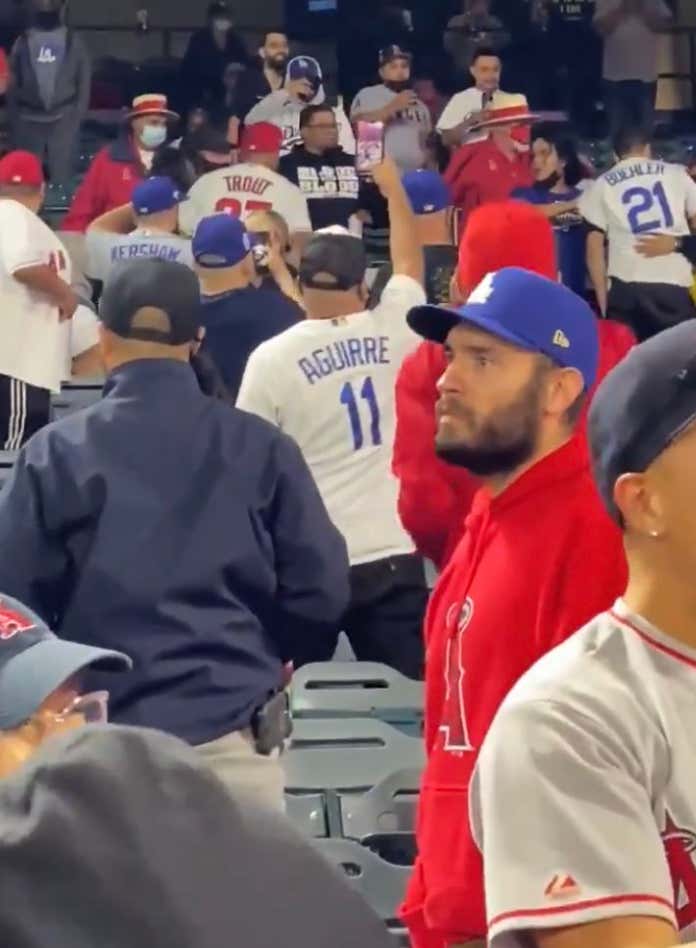 What are you doing, sir! 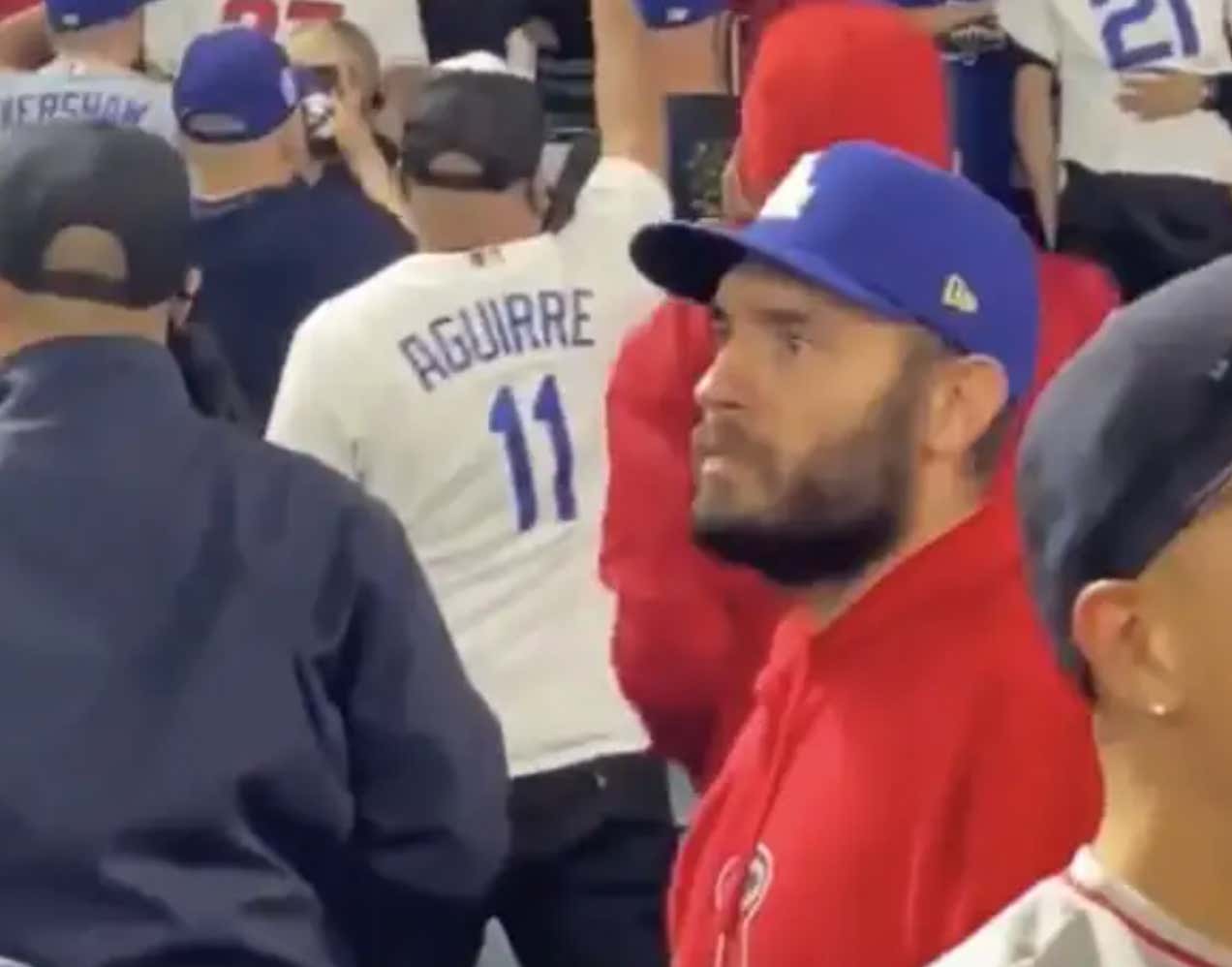 Even if he wanted to get in there he wouldn't know which side to take. That's a man with a lost brain. This season has done a number on him and it's not even Memorial Day.

P.S. Feel like if you want to see some fan fights your best chance is a Dodgers game. This was earlier in the year.